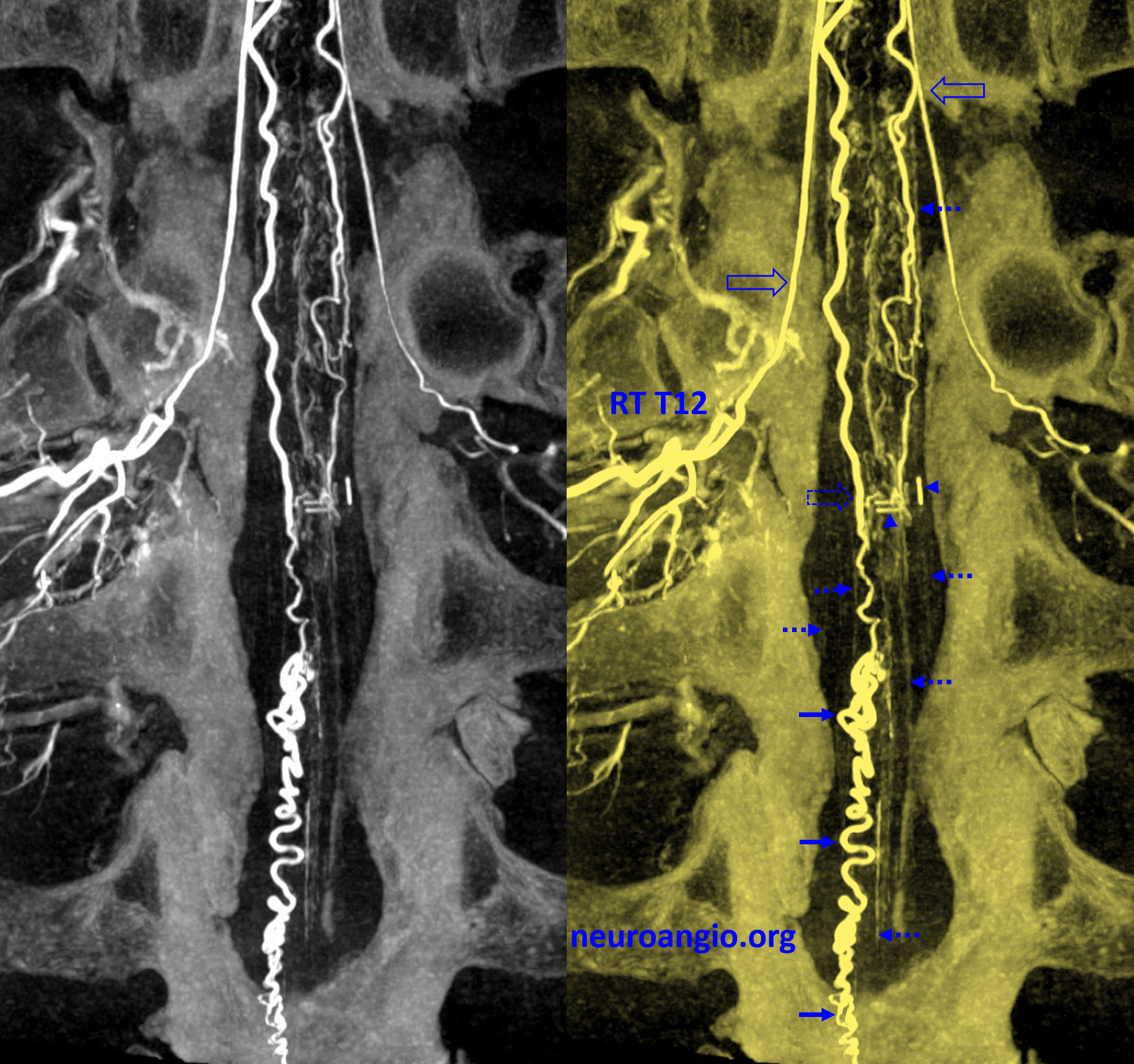 A spinal AVM resected over decade ago.  Short-term follow up reportedly negative.  Presents with recurrence of symptoms 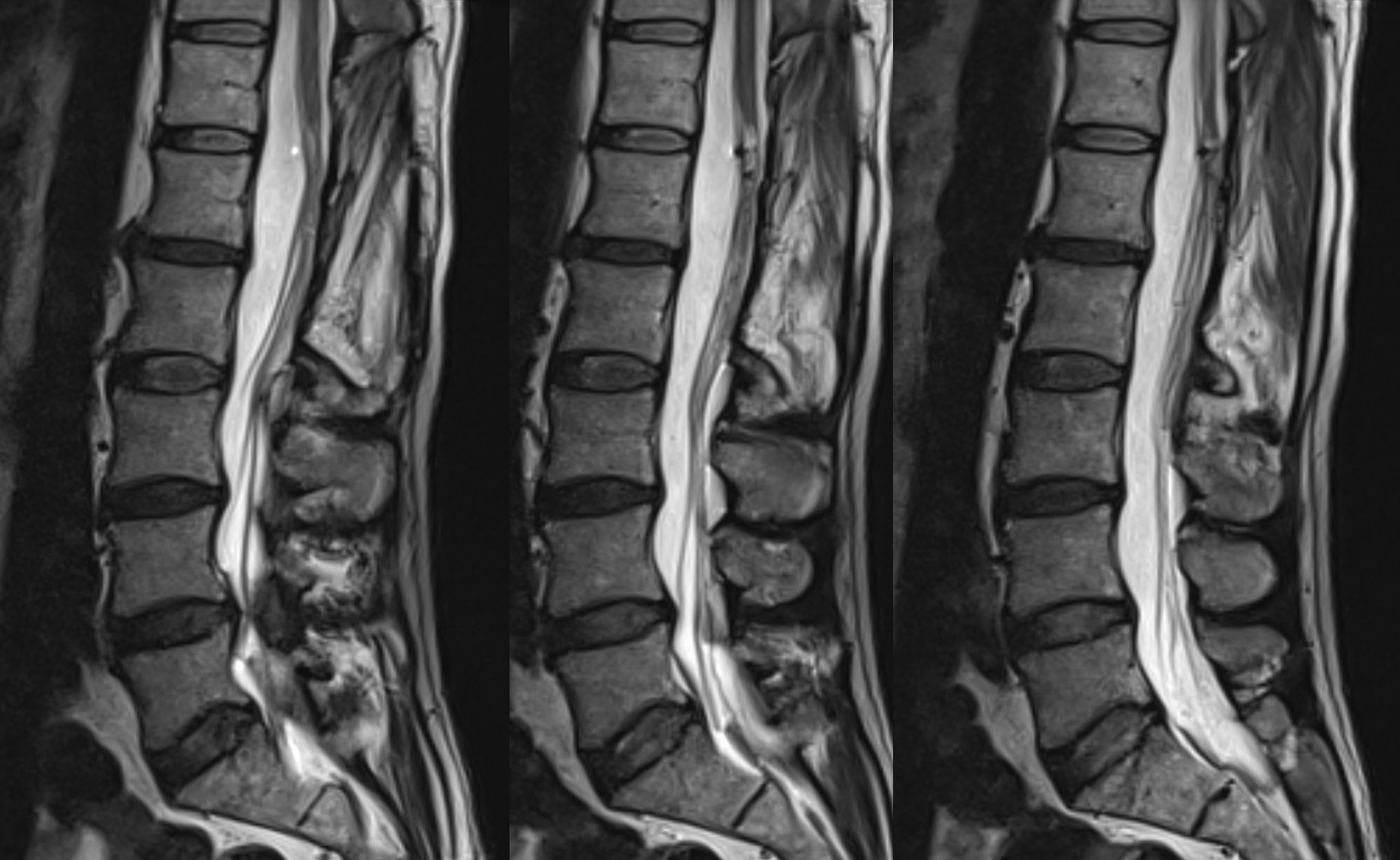 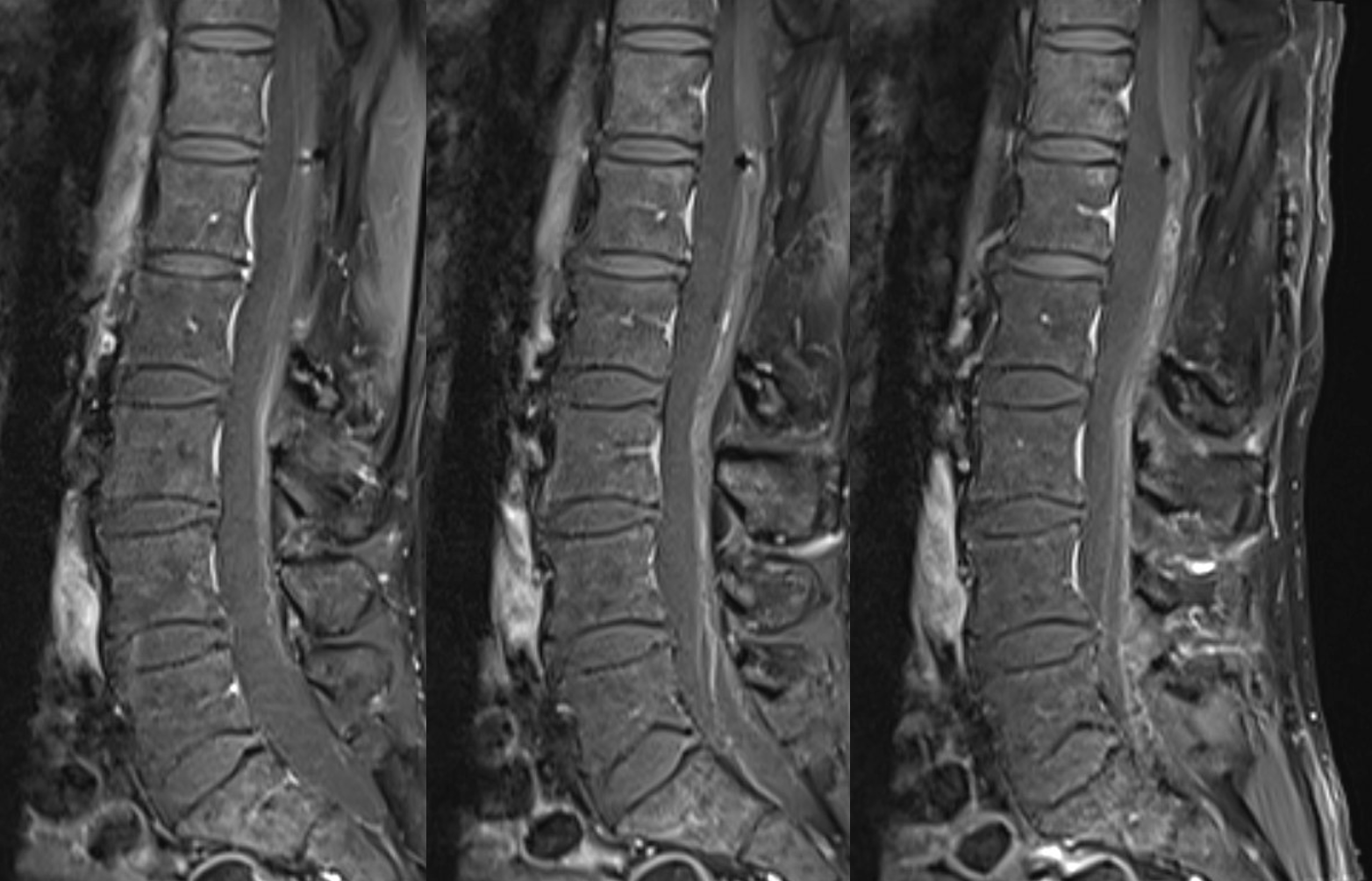 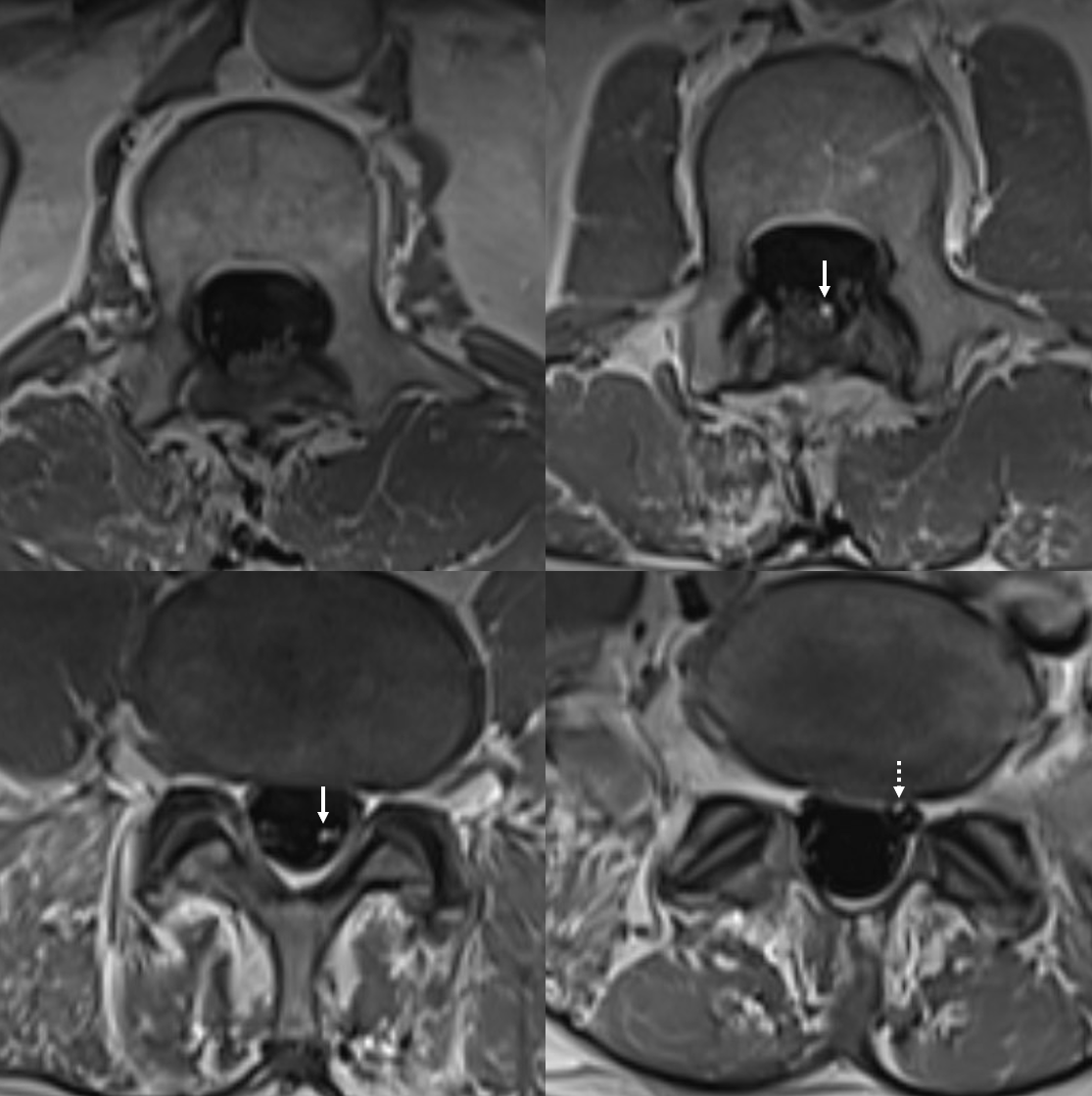 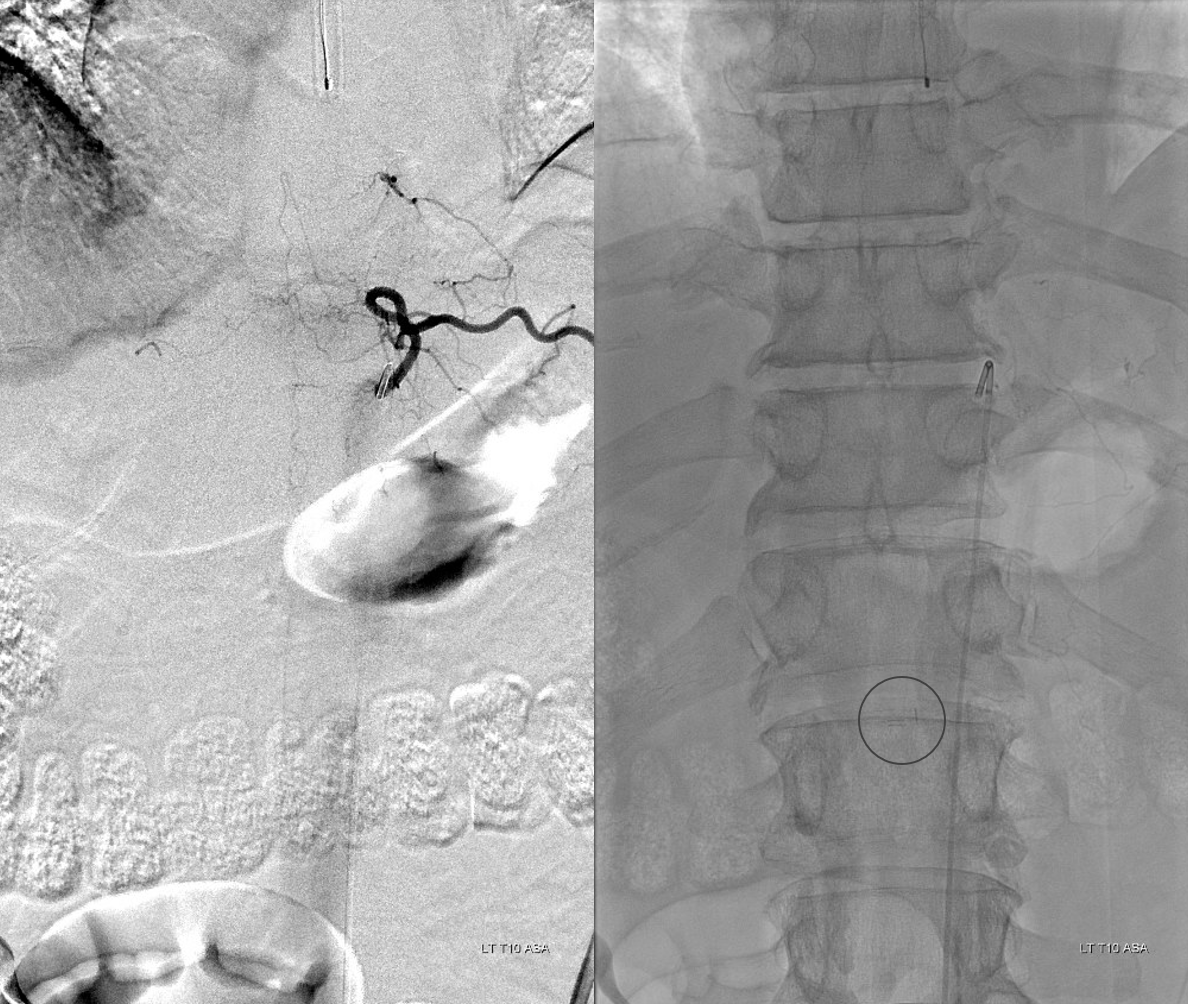 The posterior spinals have an important role in conus supply — both normal and pathologic.   Here we see both. 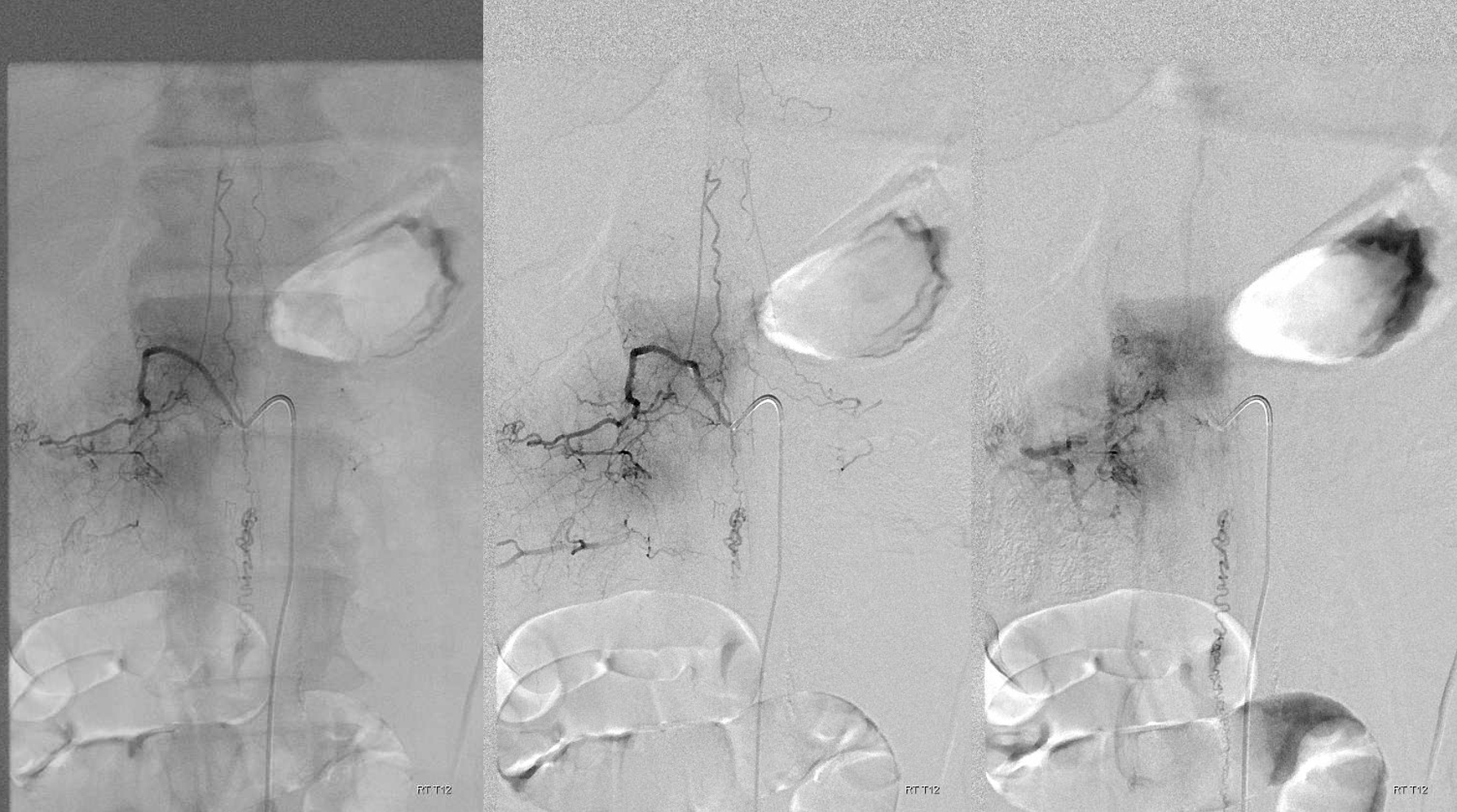 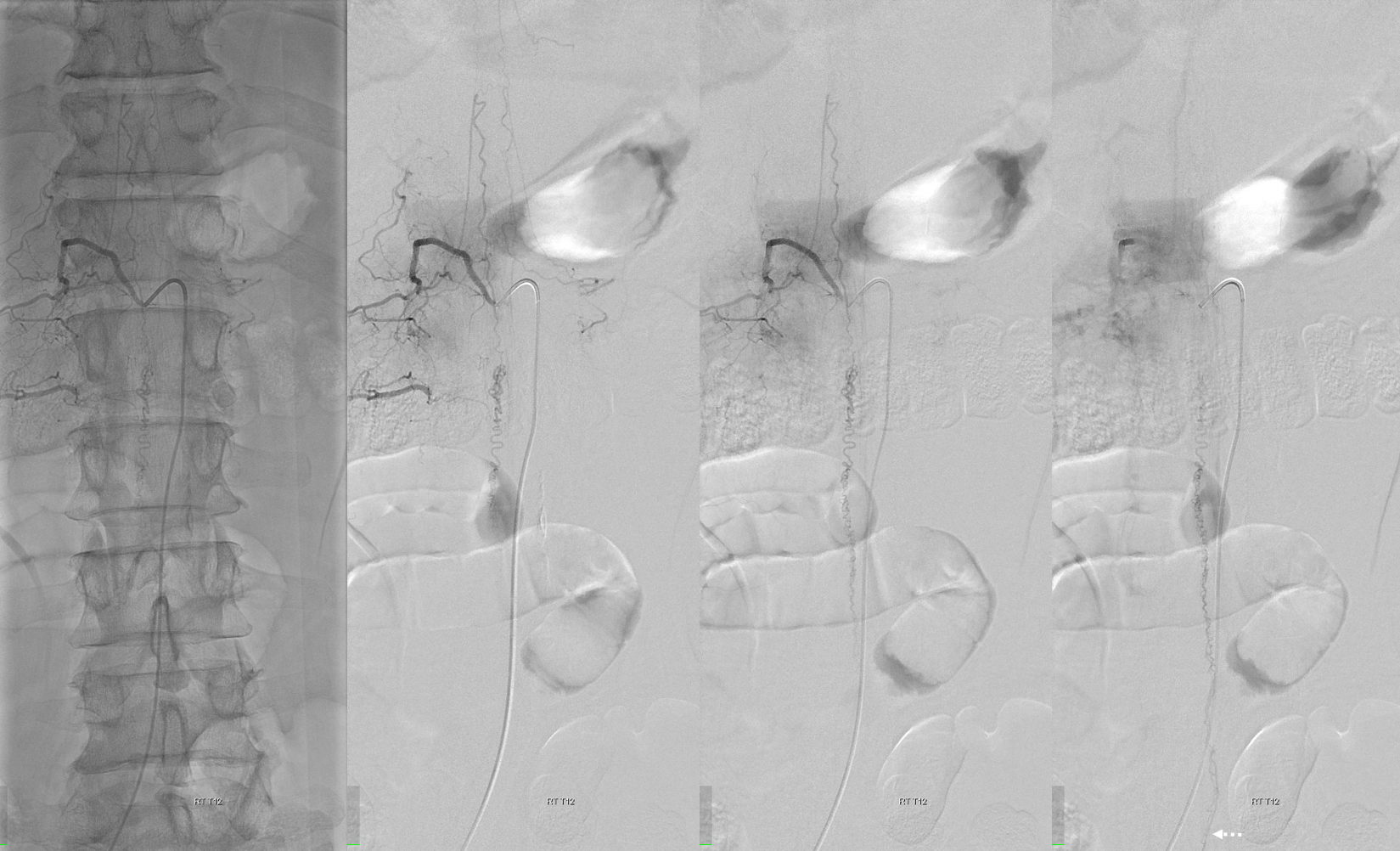 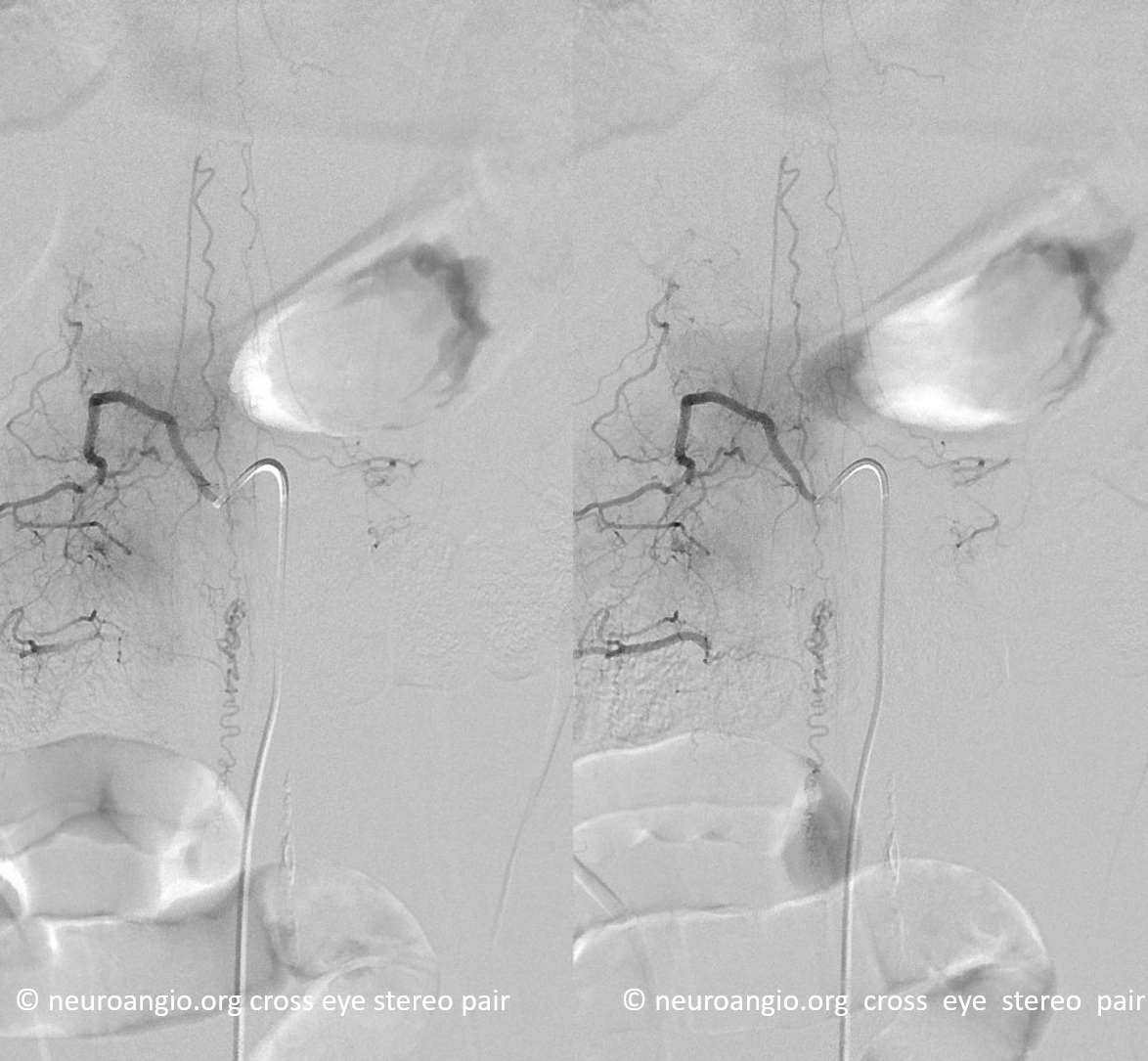 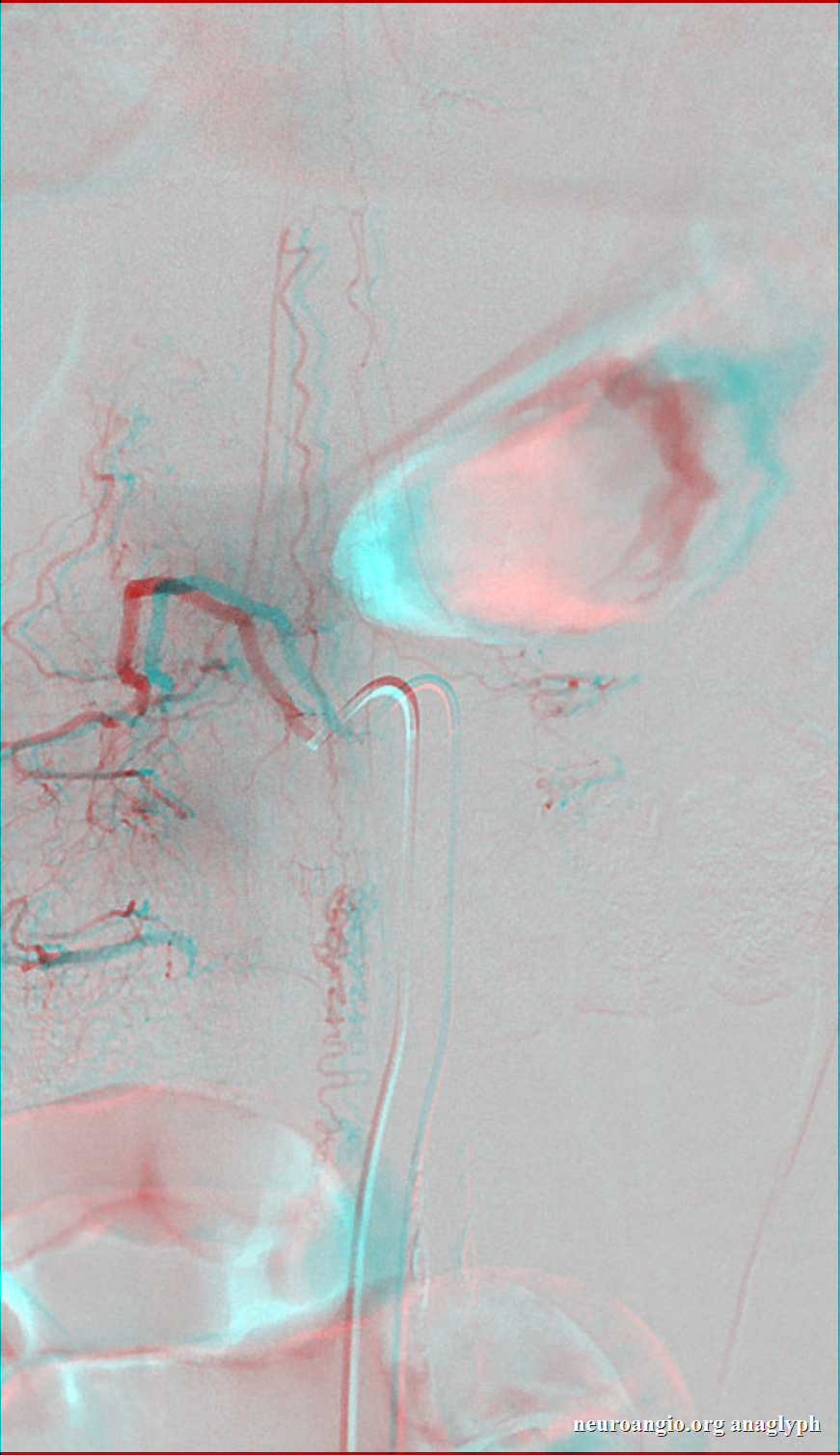 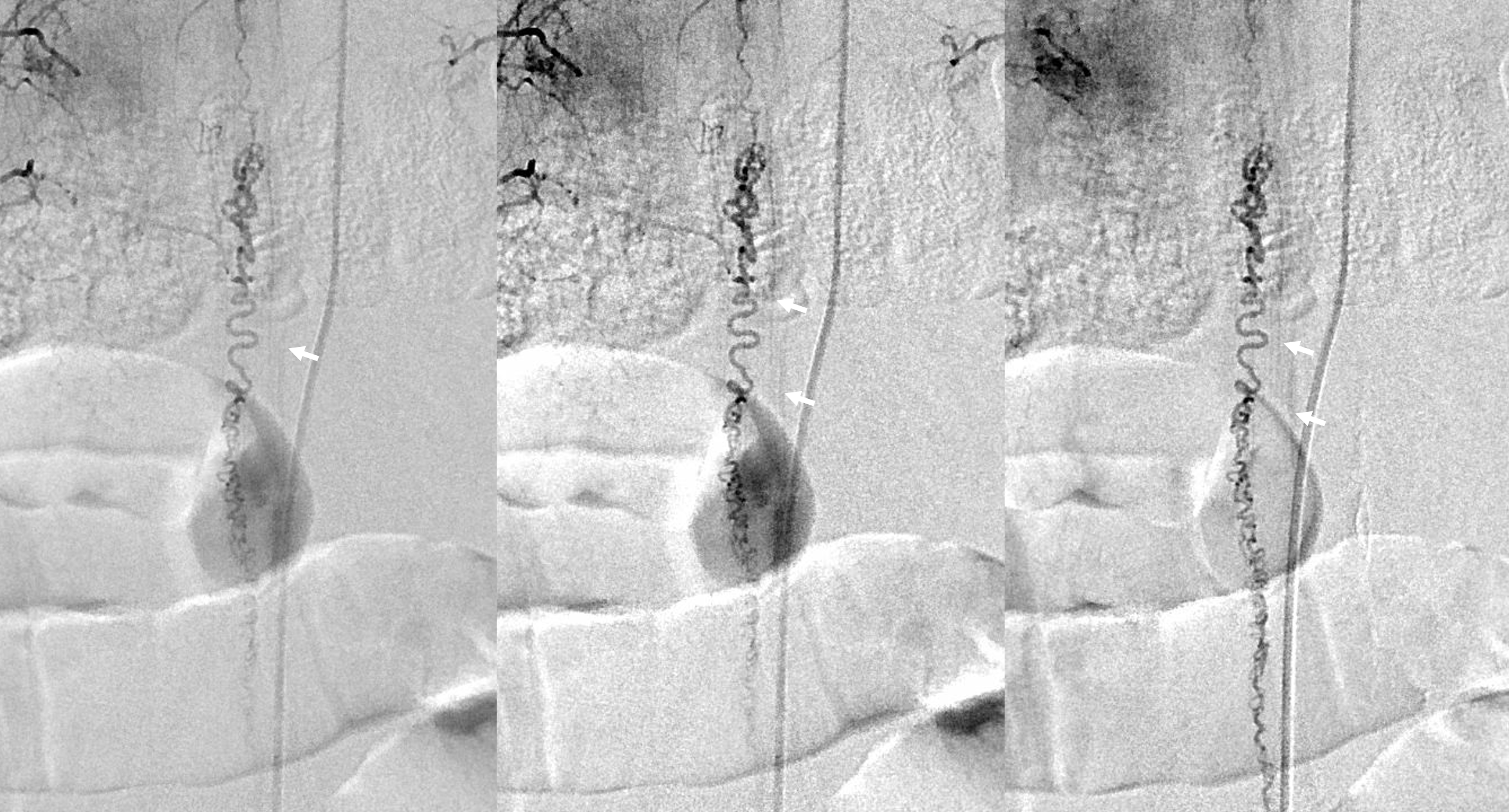 So, what does DYNA contribute, besides sexy looks?  So, what’s wrong with sexy looks?  Anyone know what “sexy prime” is — for real? There is however something else also — see how well the conus and nerve root veins are shown?  That’s not just great DYNA — its venous congestion.  Hense symptoms.  Below are 10 mm MIP images 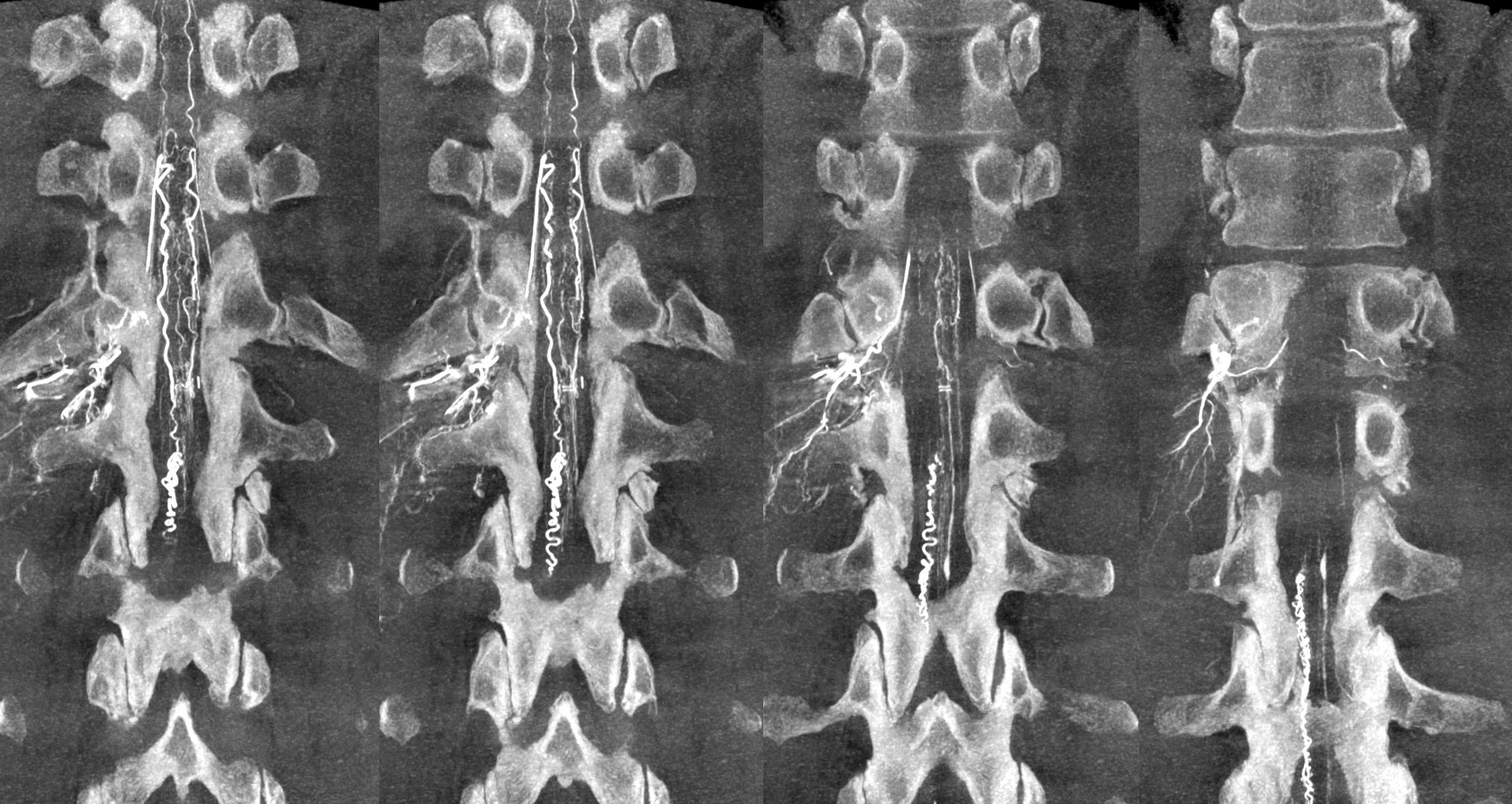 The ones below are “average MIPs” — smoother a bit, can see those veins a little better. 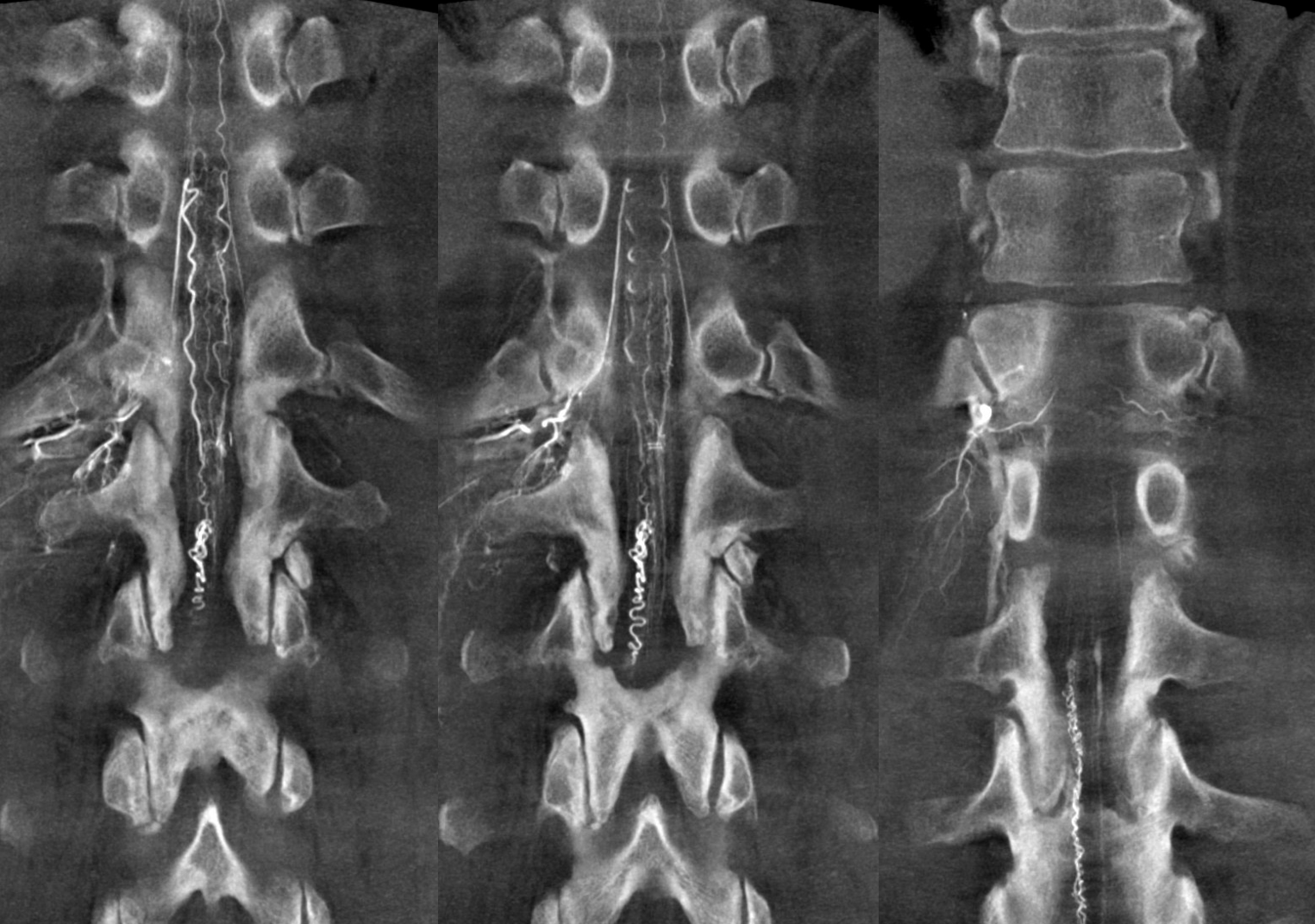 Here are some videos — the recurrent spinal AVM — one might say fistula, except that the difference is only in resolution i believe — is decidedly below the conus.  Can one say its a filum terminale AVM? Probably.  The problem is that the draining vein seems to point into a neural foramen.  Still could be filum — but are u willing to stake the S1 nerve on it?  We didn’t.  Glue shot is potentially curative, but reop is safer.

Treatment is surgical.  There is no reason to take a glue shot from what is likely a radicular branch.  Its a reop though.  Fortunately we have a nice hybrid OR.  Femoral 23 cm 5F sheath on the LEFT side.  Put half of sheath in, half out, and tape the outside half to side of thigh.  Cover with sterile dressing.  Turn patient prone.  Keep sheath perfused until ready for angio.  Same meticulous technique — get surgical instruments out of way, deep sedation is key — cant have pharmacologic paralysis with neuromonitoring – latter is essential.

Intraop, finding the artery proved more difficult than it seems angiographically.  Ultimately located on the right L3 nerve root — as determined by stimulation.  Good thing we didn’t glue it.  Disconnecting surgically did not change monitoring.   The angio below is with veins still in place — after partial arterial disconnection.  The ICG was fine.  But angio is not — which is exactly why it helps.  Image below shows trace residual shunt (arrow = vein).  Also, the PSA fills briskly down to shunt area, which should not be the case.  Despite apparently tiny size this residual shunt is a very important finding.  ALL shunting must be eliminated.

Two clips are placed on the visible proximal vein and artery (images below). Still, there may be trace shunt.

Finally, after more dissection and resection of the perinidal vein — which seems to be key in this type of operation, shunt is gone.  Clips were subsequently removed and the vein resected.  Note how the PSA now fills more slowly and does not reach the point of former nidus.

Like it?  See more expert spinal cases on neuroangio.org