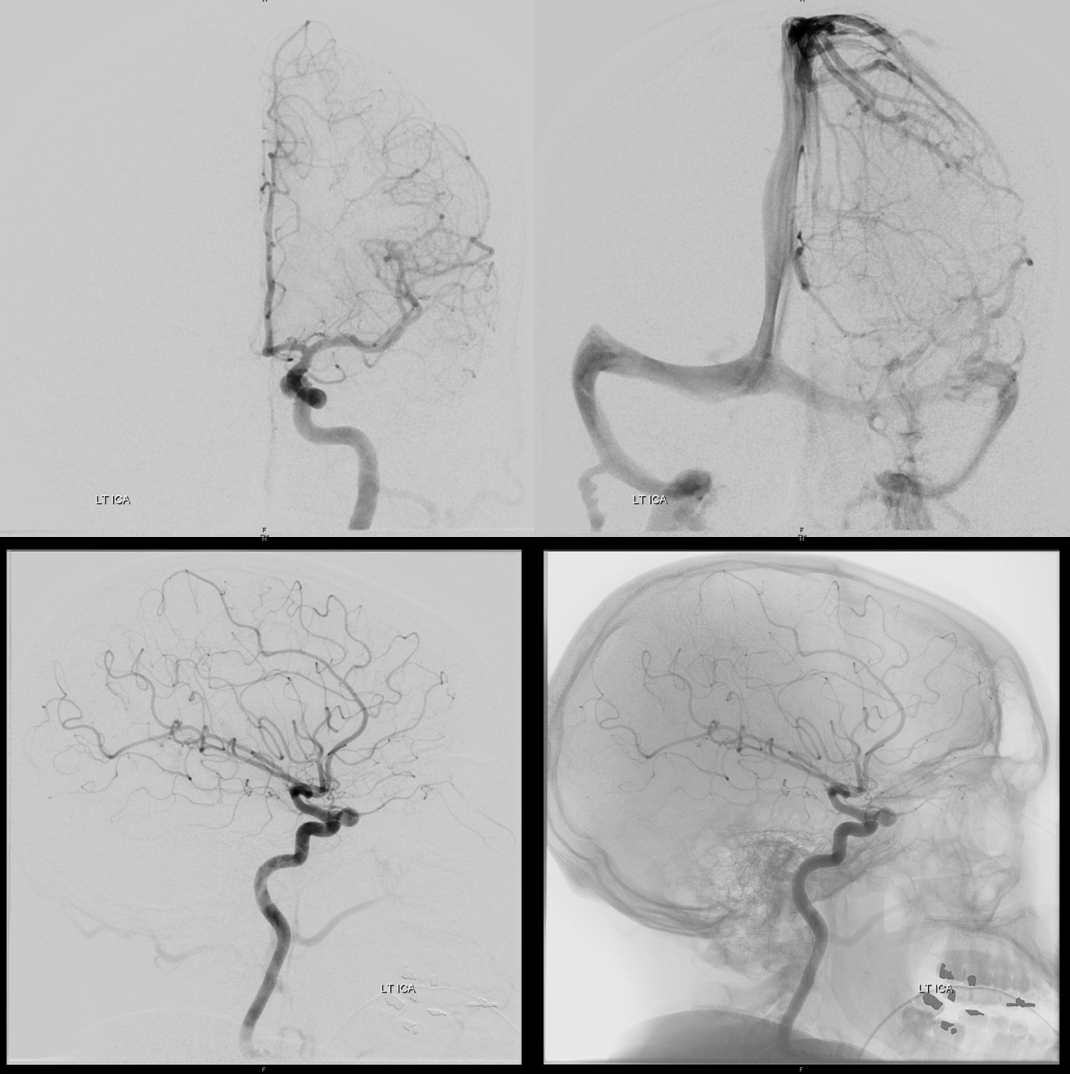 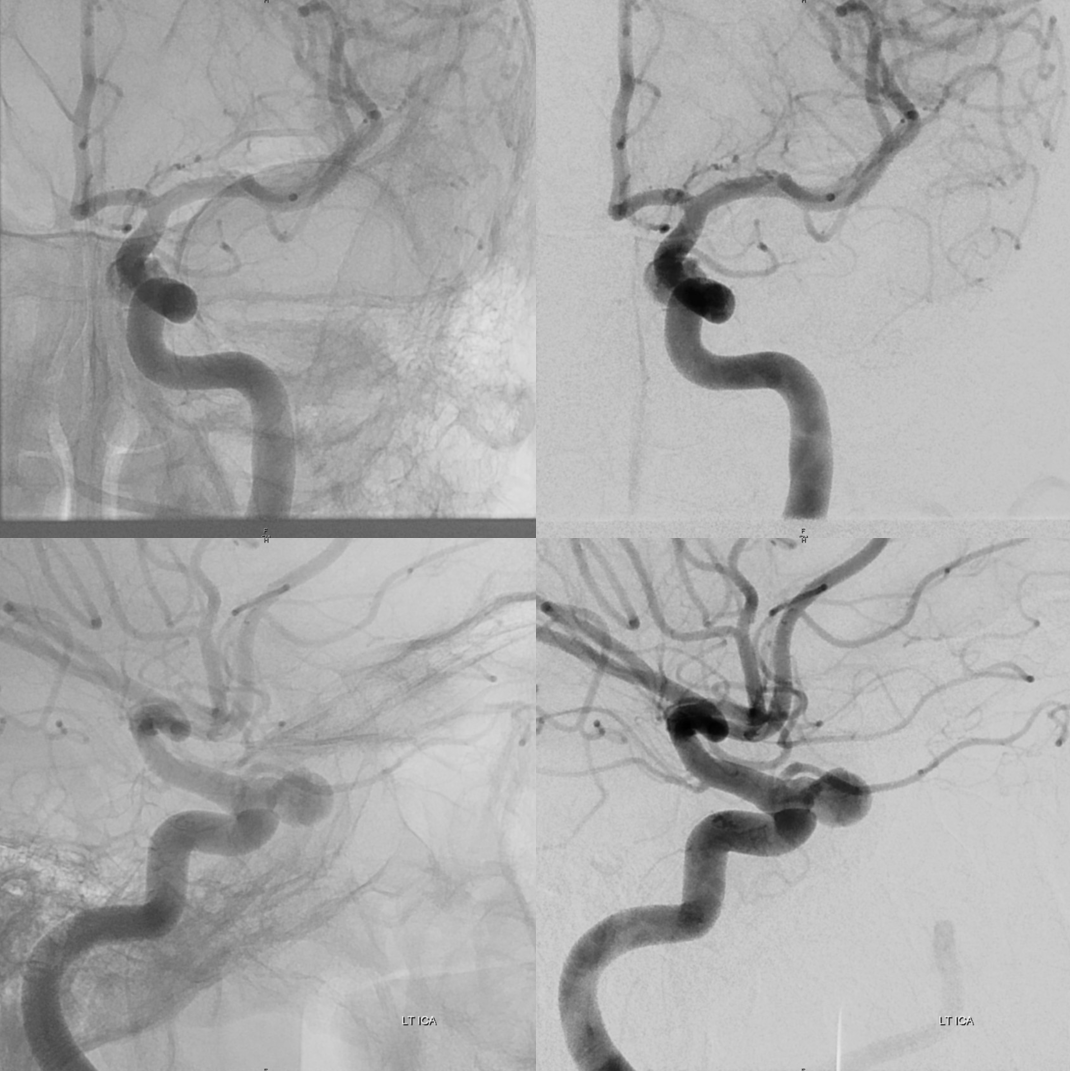 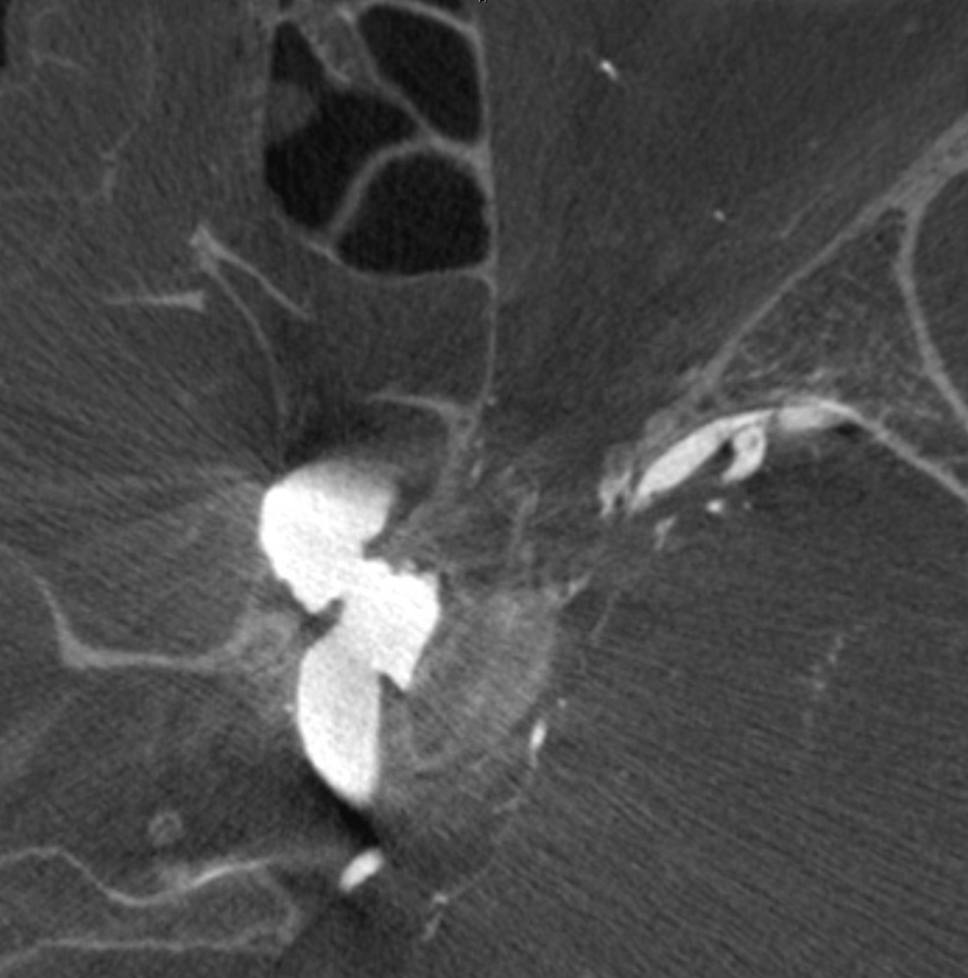 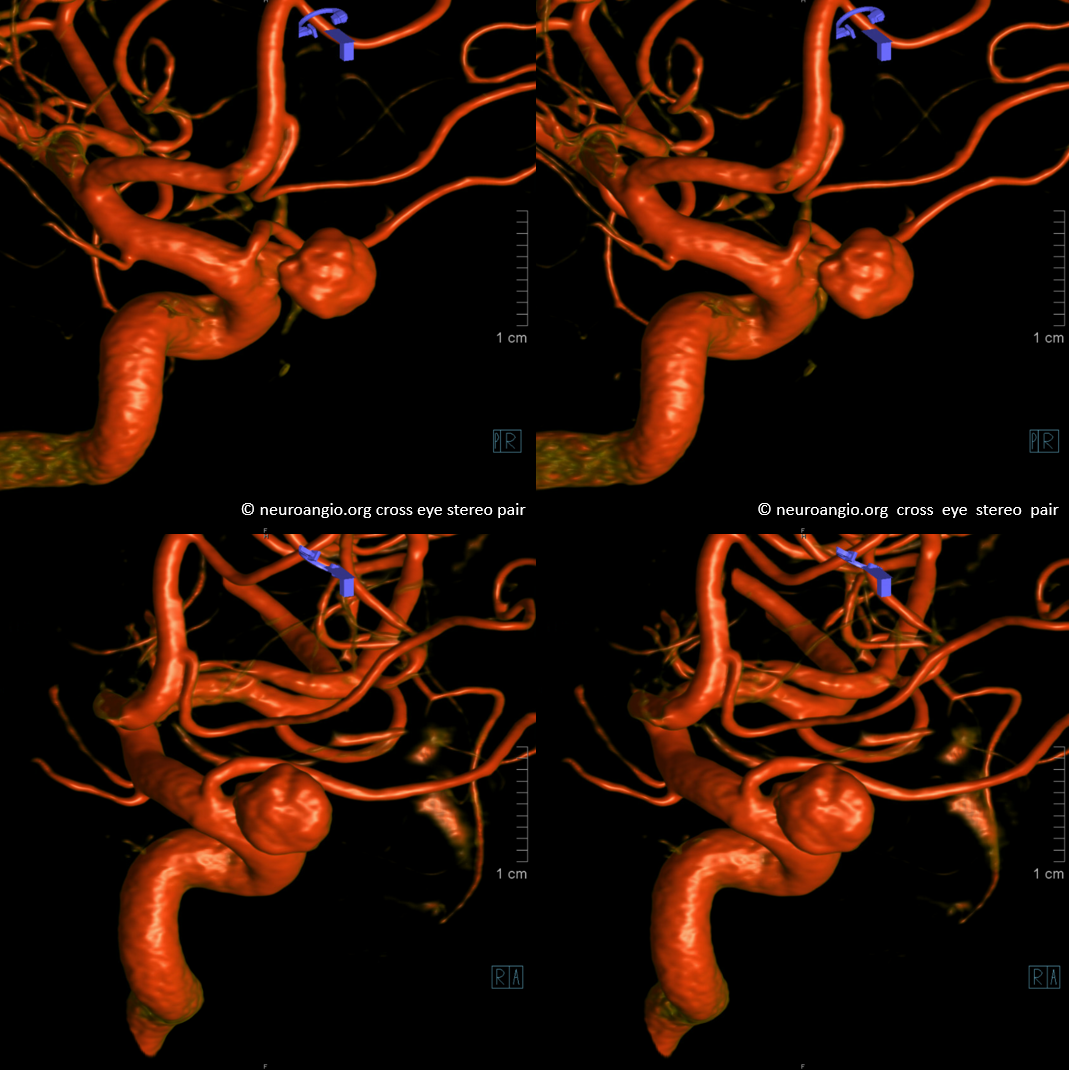 Look at the perfect online of the dural rings — wedge shaped — open anteriorly.  The space between the rings is the “carotid cave“. 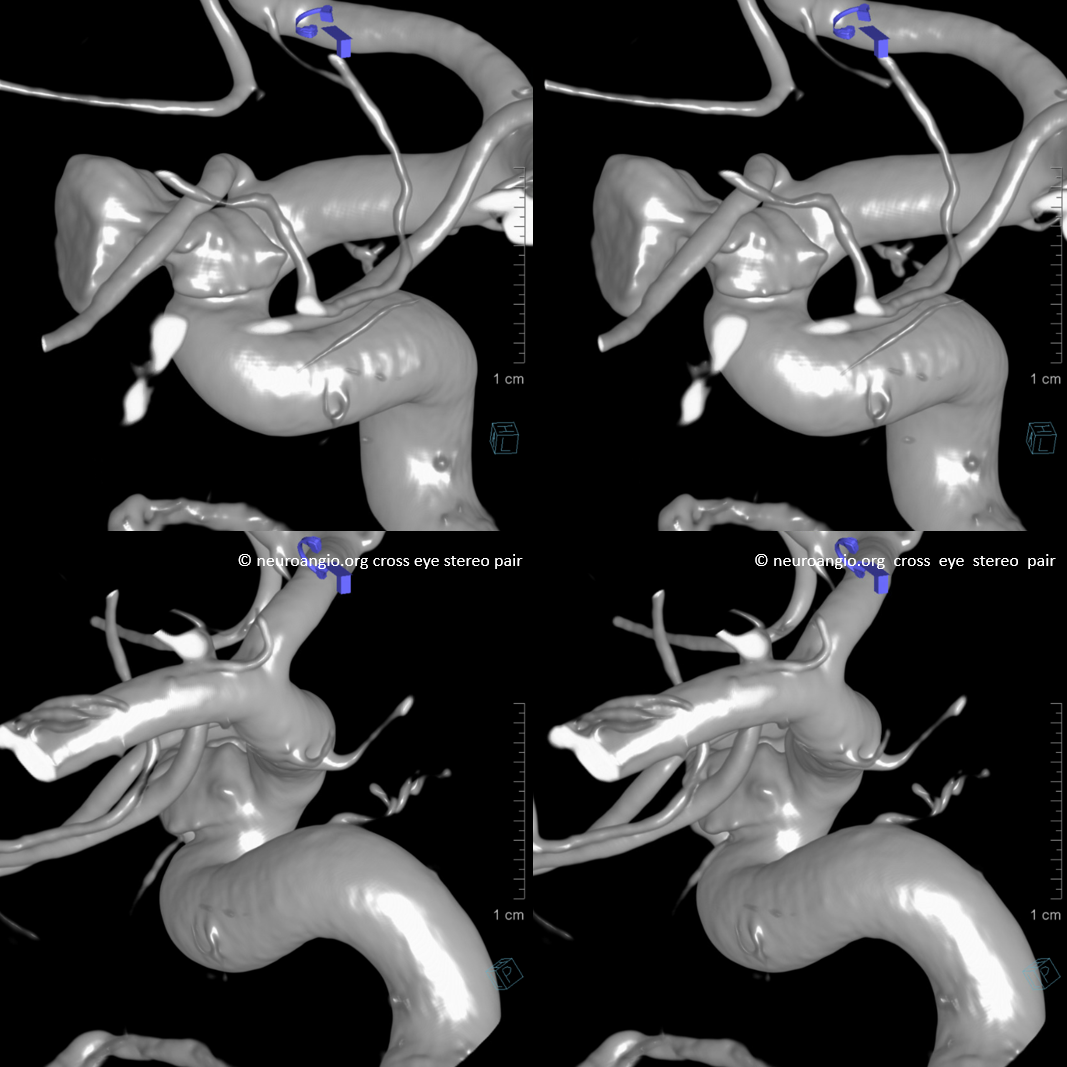 Solid and dashed arrows mark proximal and distal rings.  Although the cave is a potentially intradural space, this case is one way to show that intrinsically it is not.  A “true” saccular aneurysm may eventually erode the distal ring and extend into the intradural space, however most remain small. 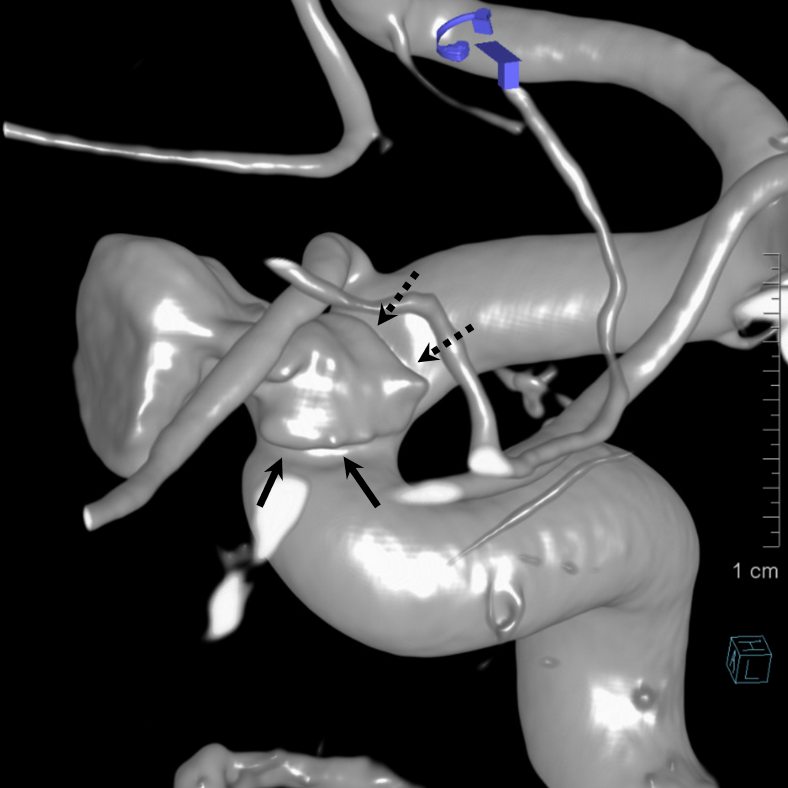 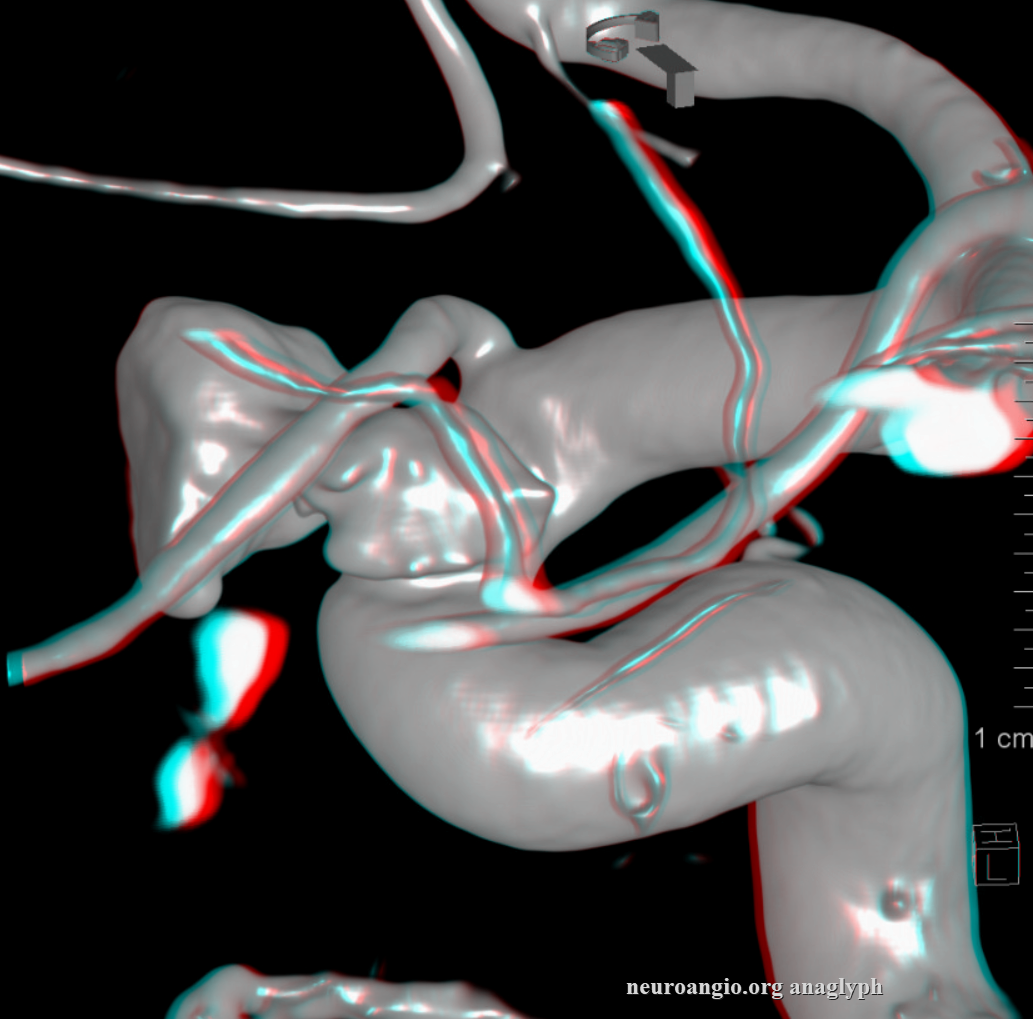 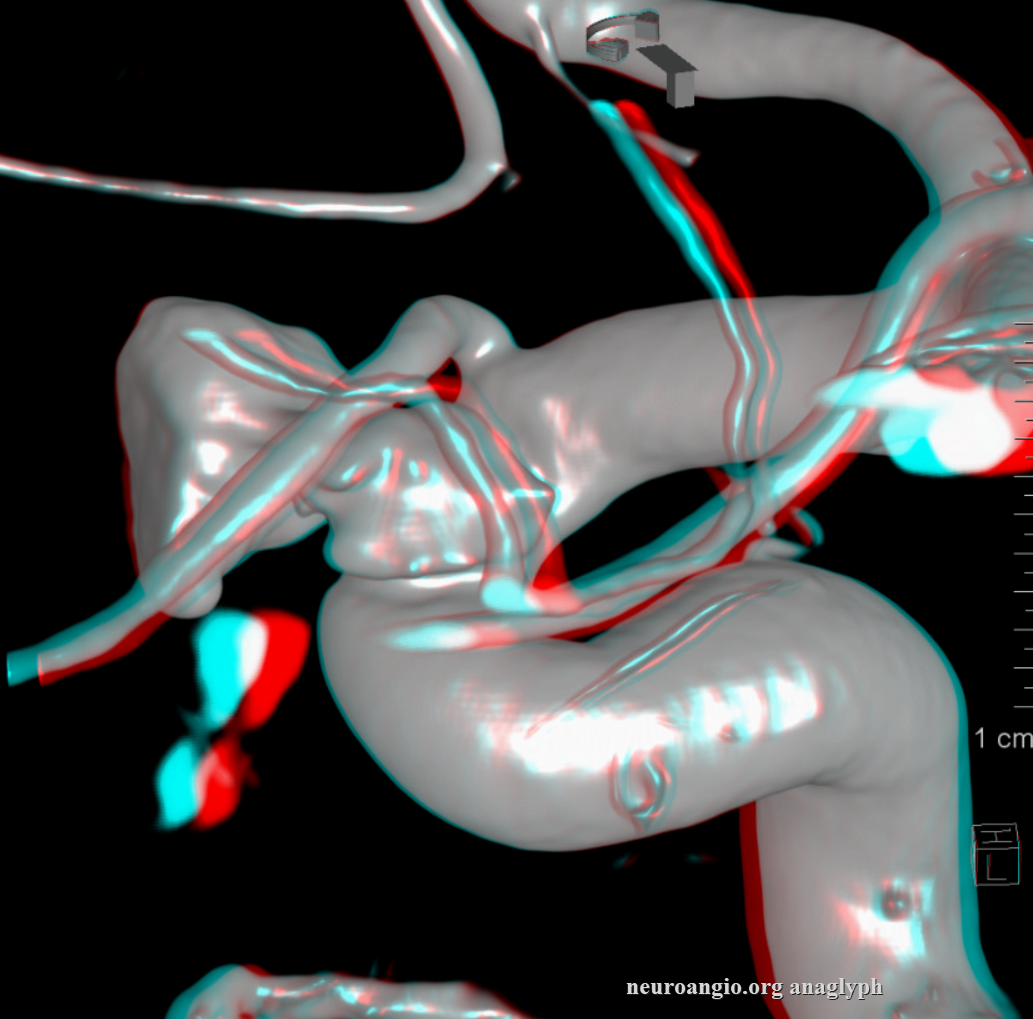 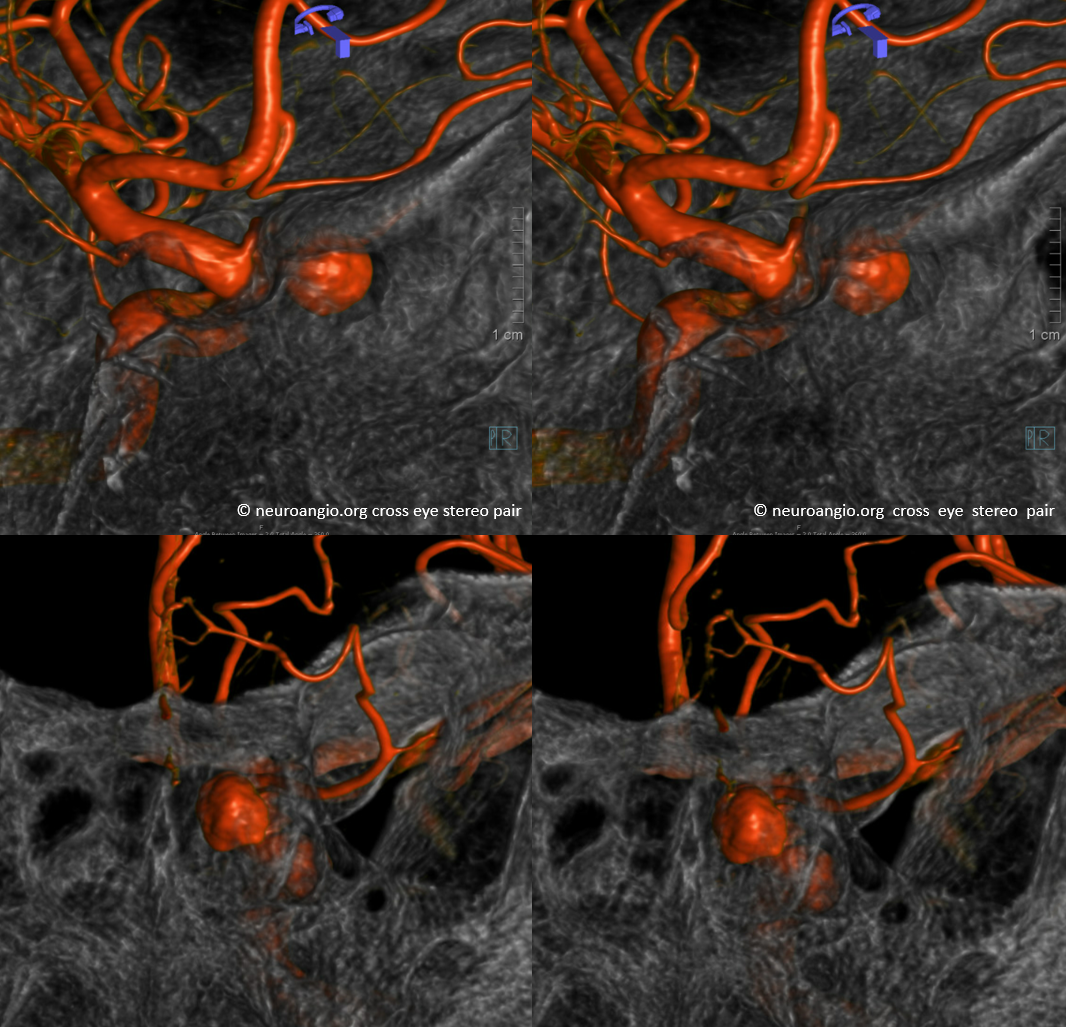 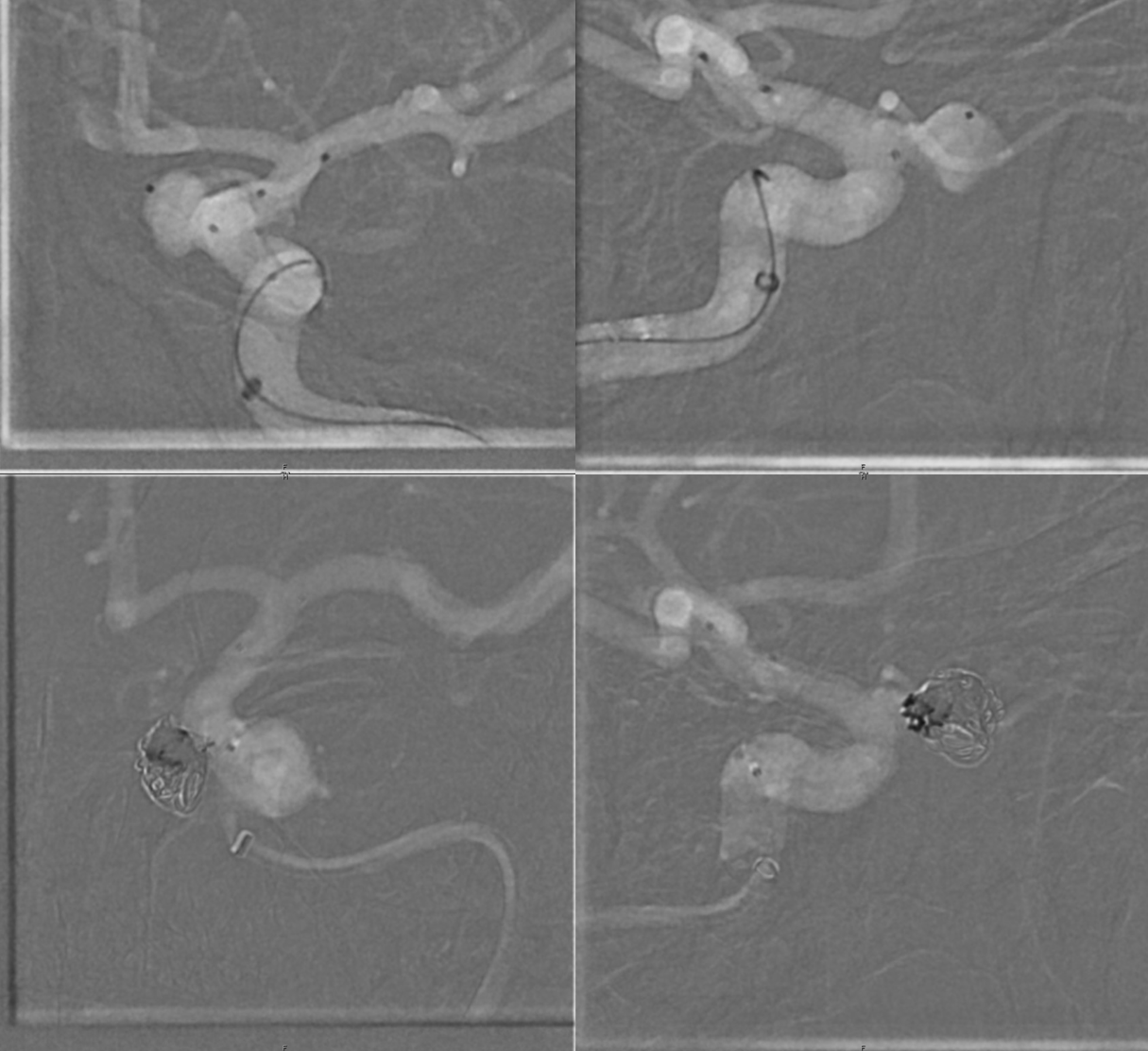 Post coil.  The coiling is to temporize.  It never worse as a long-term solution for pseudoaneursyms

Step 2 — Remove Sofia, Scepter, and SL-10.  Place a Phenom Plus, and Phenom 27 into M1.  Place an SL-10 back into aneurysm from BMX — it fits alongside Phenom Plus.  Deploy Pipe Shield 4.75×12 in this case (Give integrilin just before deployment).  Coil whatever more pseudoaneurysm can be coiled (small nanos). 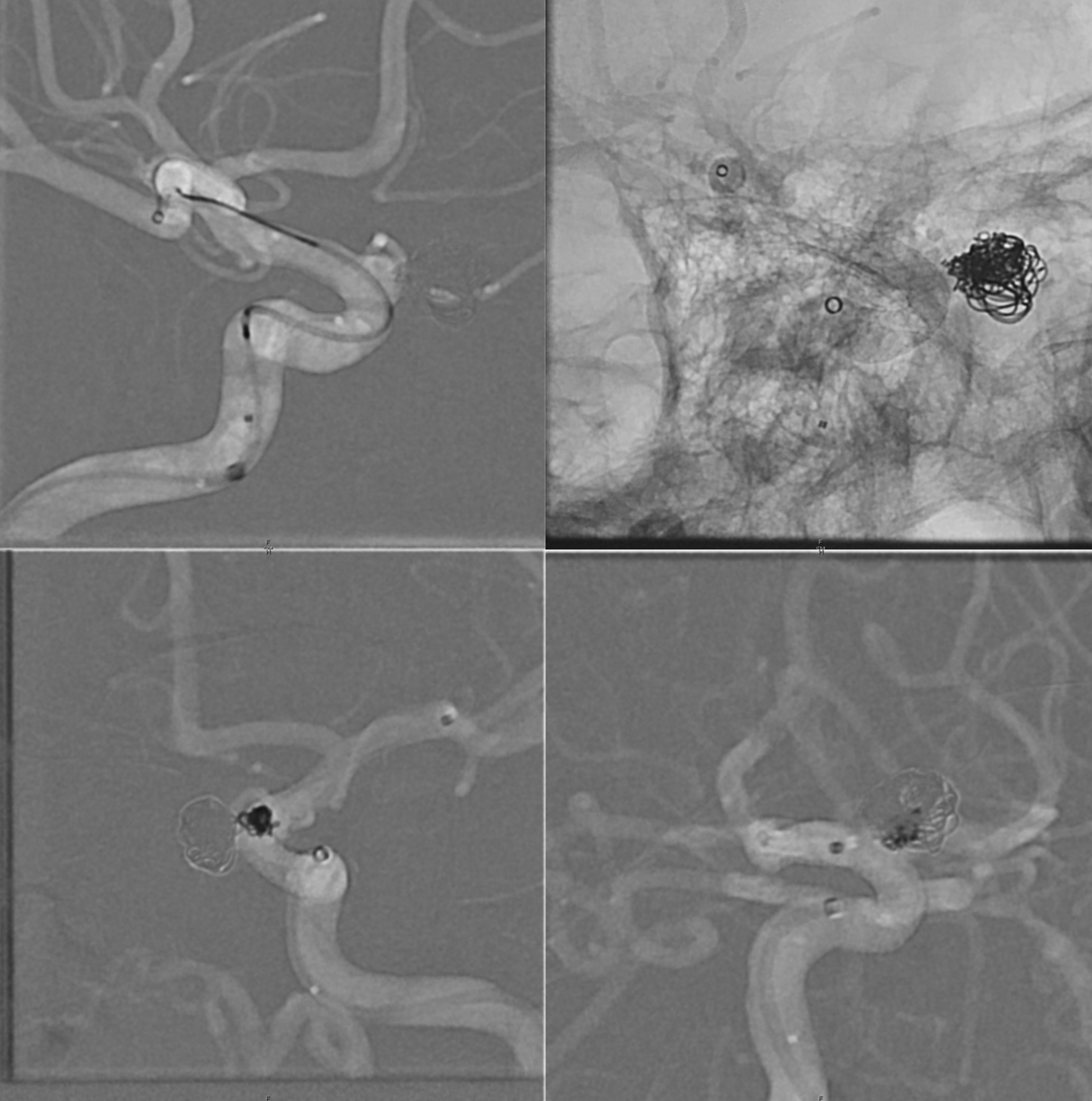 Take out SL-10.  Balloon Shield — it needs to appose vessel nicely after SL-10 is out — and did, but we ballooned anyway to be sure.  See how distal end is now in a much better spot — more distal, better apposed than before?  Can also be seen as increased coverage of the proximal portion.

Place another Pipe shield for double coverage.  5×10 would have been ideal — but thats history now.  So we did a 5×14 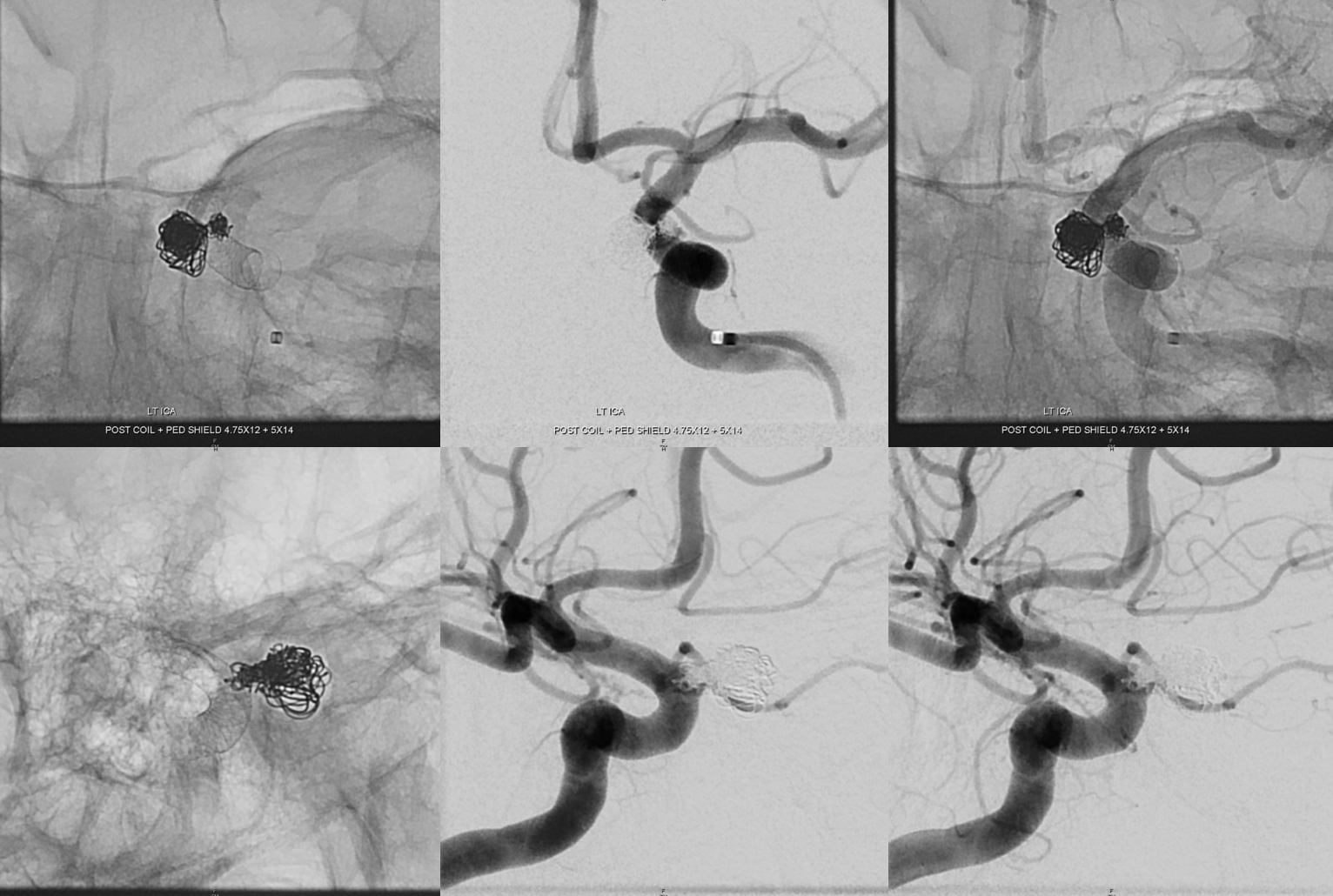 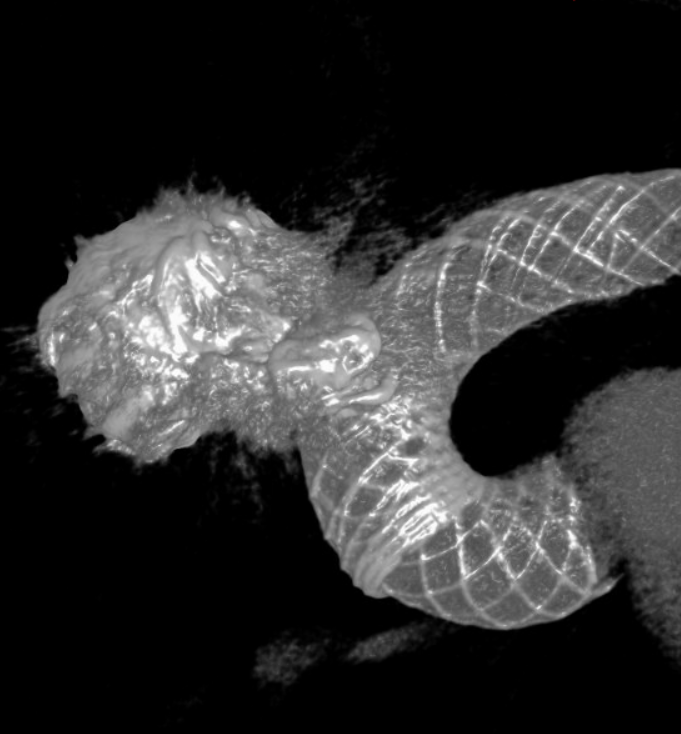 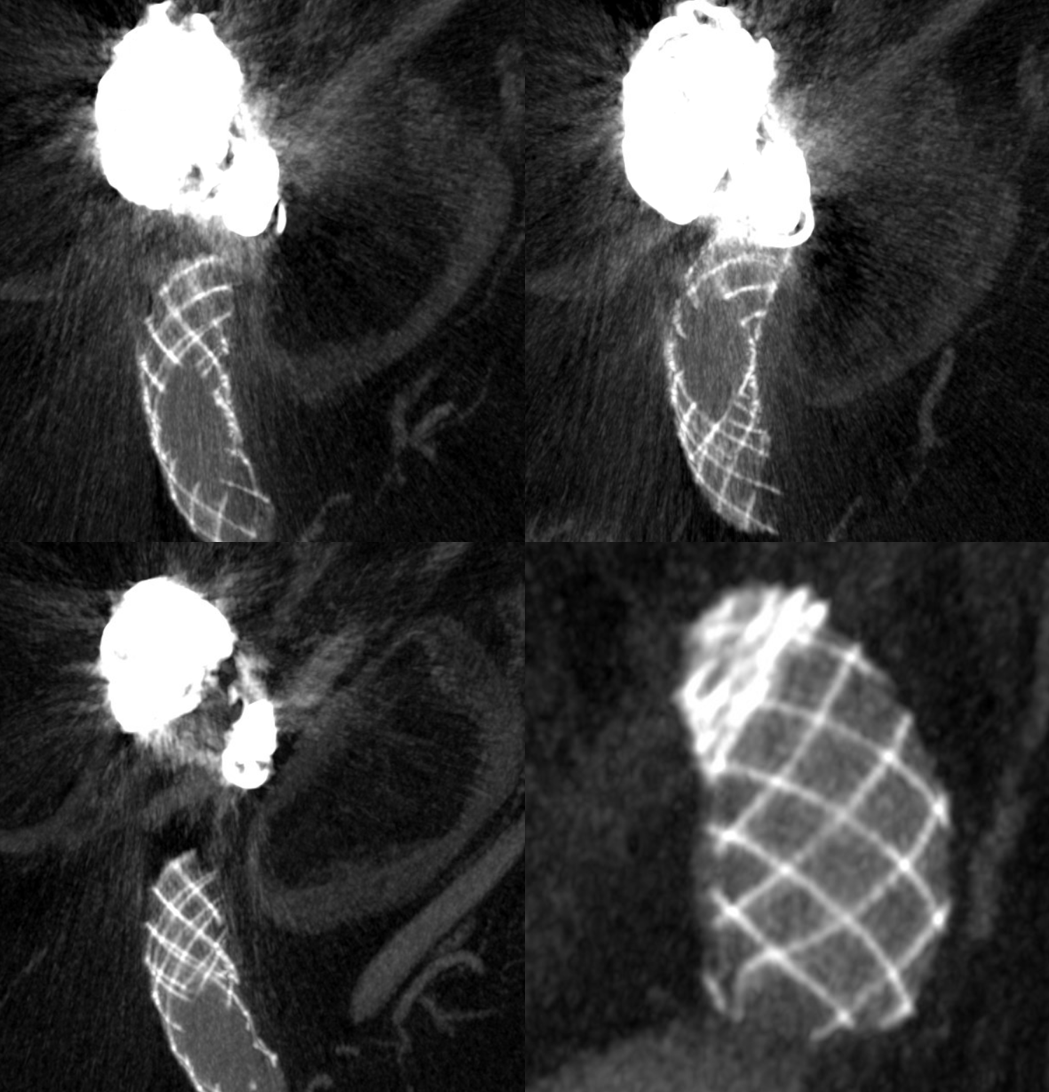 A lot of very interesting information is in these post DYNAS

For more info on carotid cave, see ICA and its aneurysms page