Understanding why some patients do well with venous sinus thrombosis while others don’t is mostly a matter of anatomy.  Occluded sinuses are not the main problem — occluded cortical veins are.  It is about venous collaterals. If a sinus receiving a cortical veins is blocked, the extent of severity of venous congestion is determined by presence or absence of alternative outflow sources for the blocked vein.  If there is an alternative, not much happens. if there is not, the result is venous infarct.

The best alternative is often the Cavernous Sinus, since it represents a completely different venous system.  With Sigmoid or Transverse sinus thrombosis, if the torcular is spared, the SSS is another effective route.  You get the idea.  Convexity veins can be interconnected or not.  The more interconnected they are, the better off the situation will be.  See “Superficial Venous System” Page for more info. 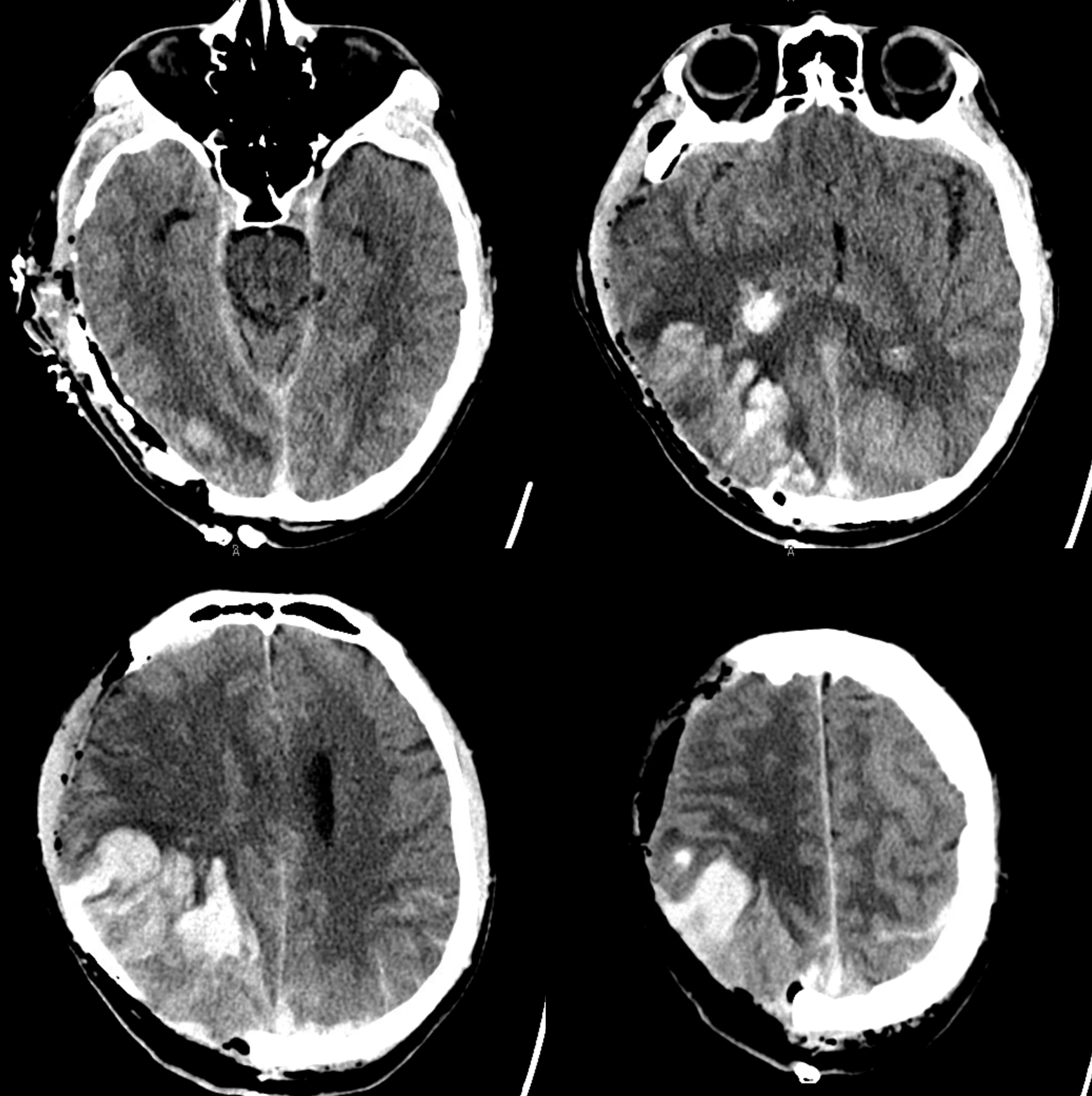 The explanation for the above tragic pattern is below.  On the right, sigmoid and transverse sinuses are patent.  However, the Labbe is hypoplastic, and majority of outflow used to go to the Trolard, into the now occluded SSS.  There is no other effective way to go — the trolard tries to decompress via a left diploic vein, and convexity tries to access the deep venous system (which normally should not be well-seen in setting of hypoplastic right A1 segment).  The left situation is much better, as well-developed superficial sylvian veins drain into the patent Cavernous Sinus. Thus, despite thrombosis of the left transverse and sigmoid sinuses, the left hemisphere is doing better, while the right one, which has patent transverse and sigmoid sinuses, is devastated. 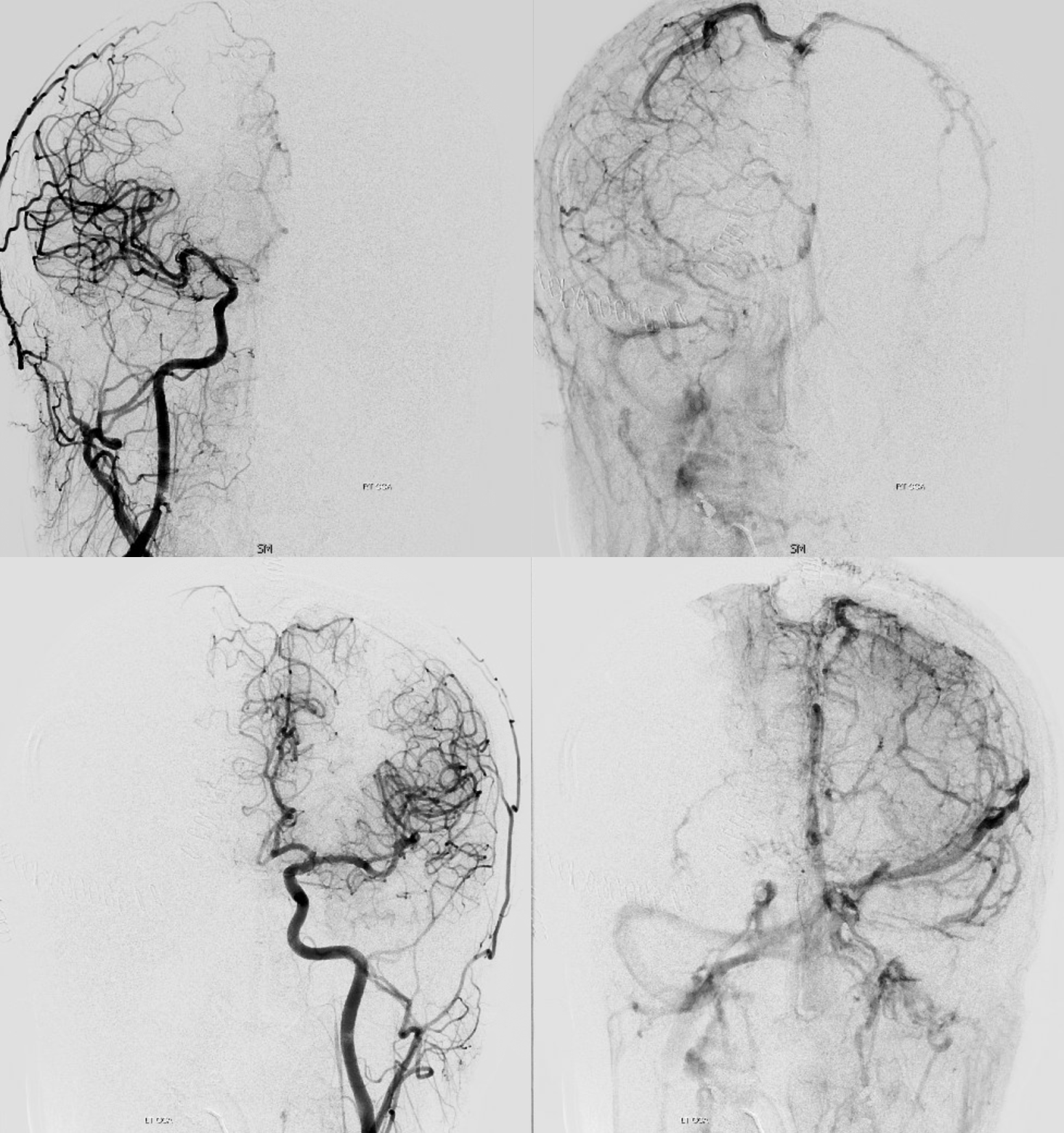 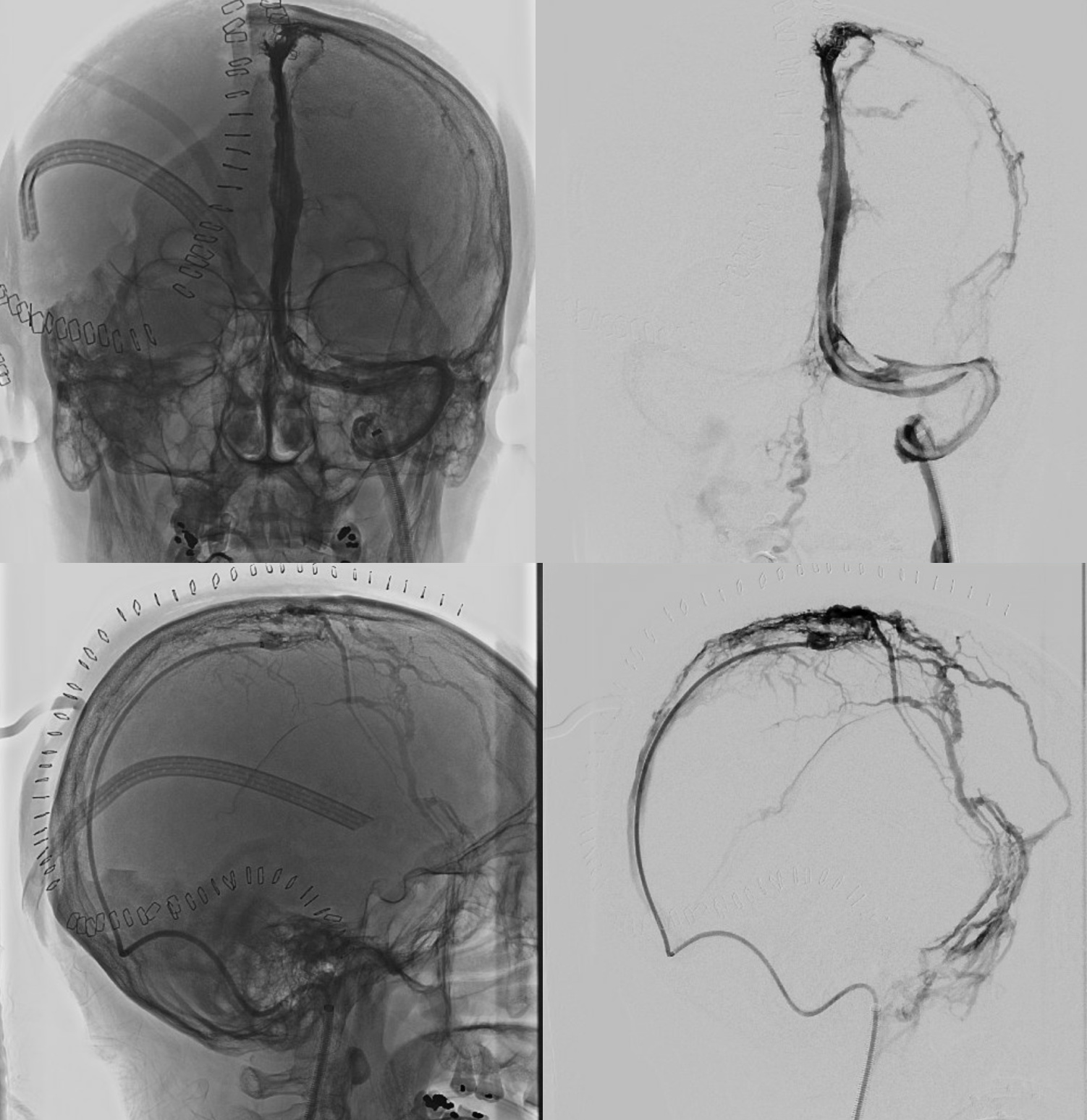