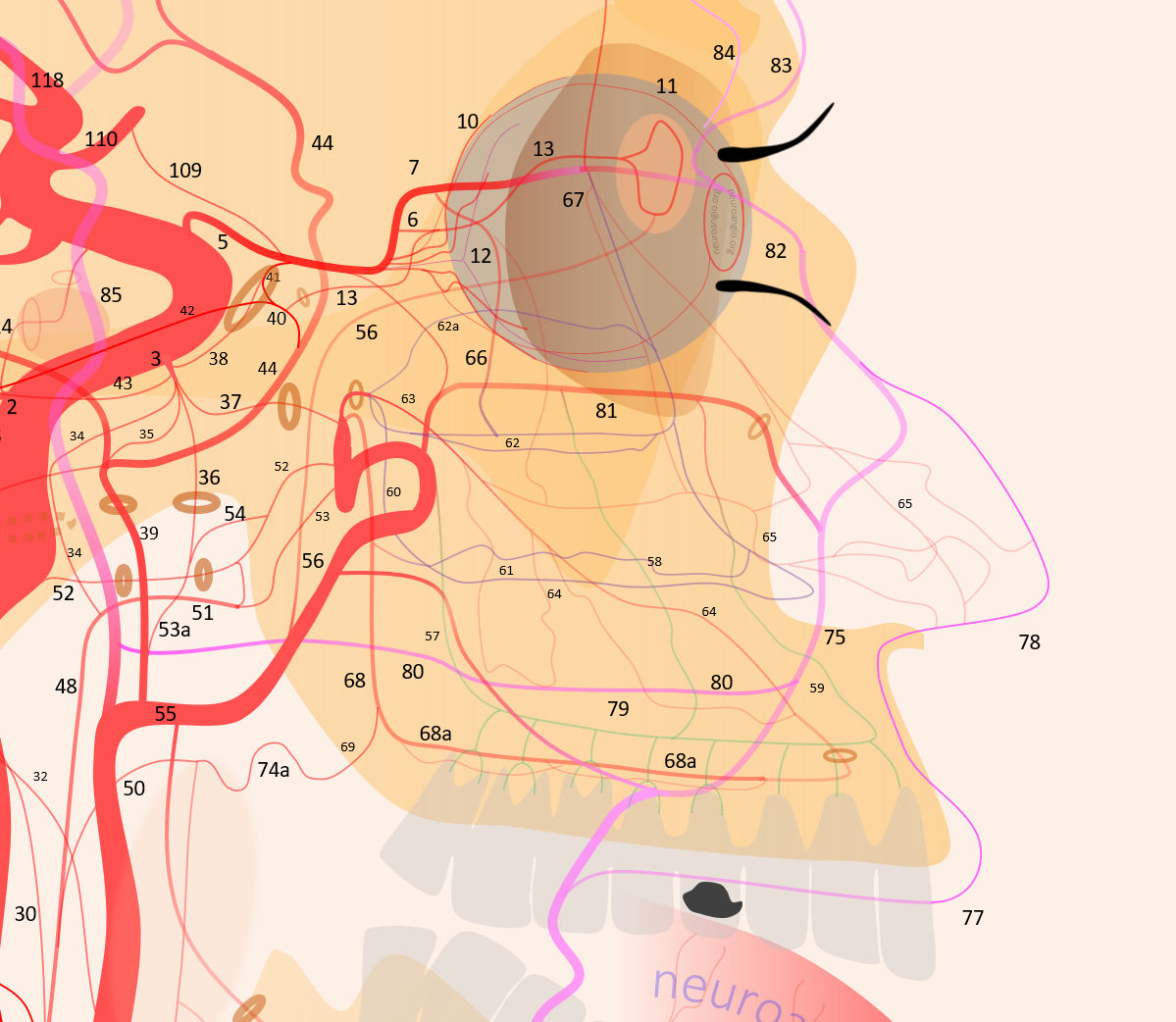 Branches of the IMAX, in the temporalis fossa, principally supplying the temporalis muscle.  As always on neuroangio.org — the theme is balance.  Sometimes there are two separate ones — anterior and posterior deep temporal. Sometimes 3 — anterior, middle, posterior. Sometimes single branch.  Doesn’t matter — what matters is location and supply.

These have some claims to local fame — the anterior branch or pedicle is in balance with the lacrimal branch/territory of the ophthalmic artery, via unnamed small holes/foramina in the lateral orbital wall.  As such it frequently participates in ICA reconstitution via ECA to ophthalmic anastomoses when proximal ICA flow is diminished or absent.  Since some facial AVMs for whatever reason tend to involve the temporalis muscle, it is often the principal artery to supply these.

Below is a typical example — anterior dashed, posterior solid arrows 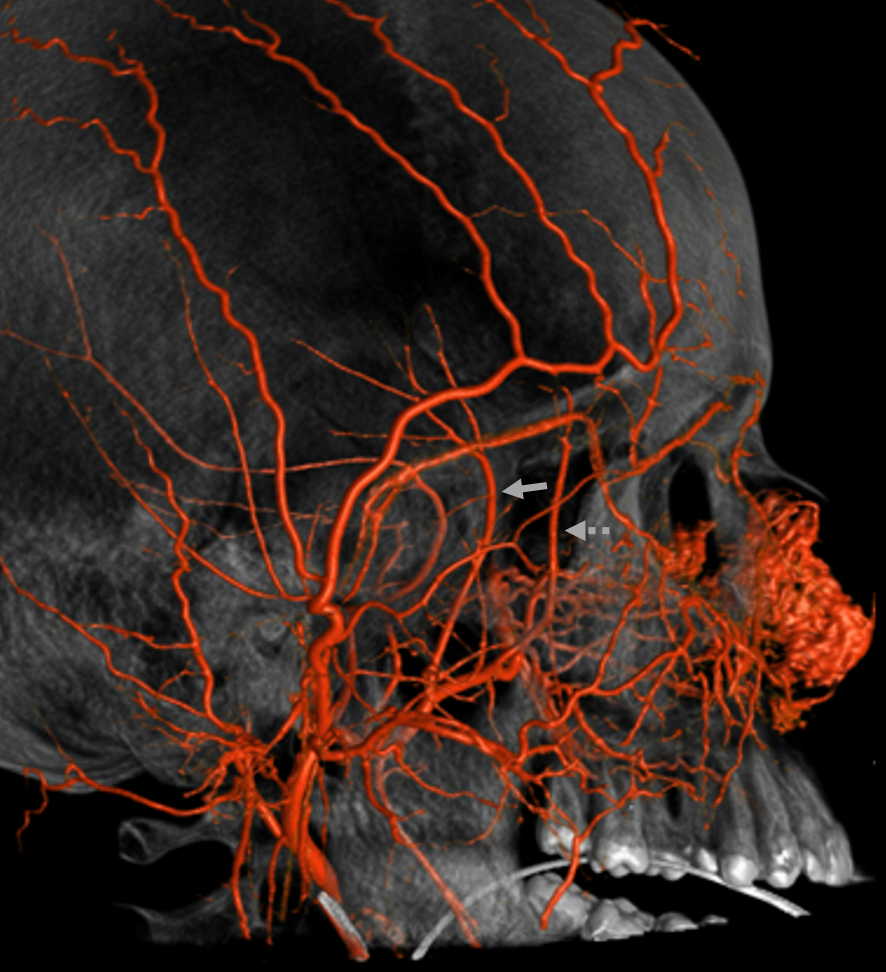 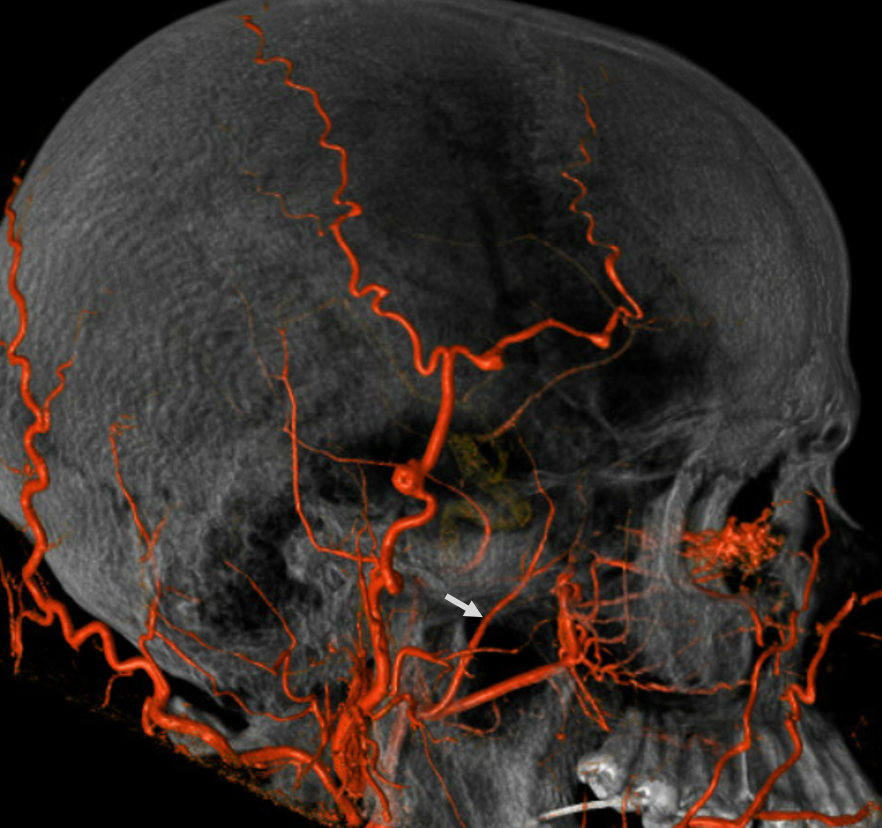 By Dr. Eytan Raz.  As you can read on occipital, middle meningeal, and superficial temporal artery pages — what supplies is skull is what is next to it.  Which means superficially it will be occipital, STA, and sometimes anterior deep temporal. From inside it will be meningeal vessels.

Here is a very bad meningioma — could be a met, but it is a mening. 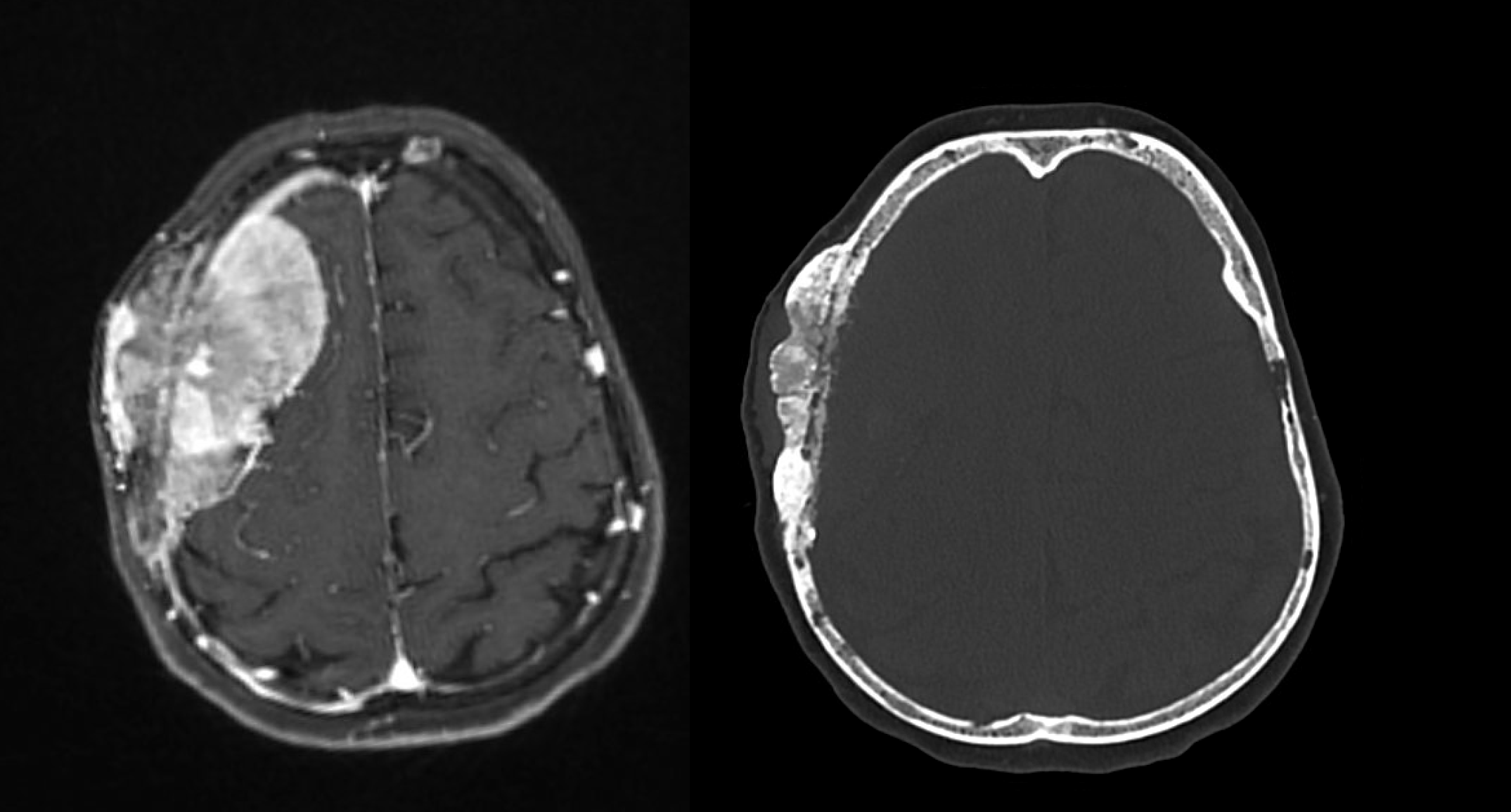 Here is the ECA angio — anterior deep temporal is labeled.  Most of supply is from STA, MMA, and accessory meningeal (dashed arrow) 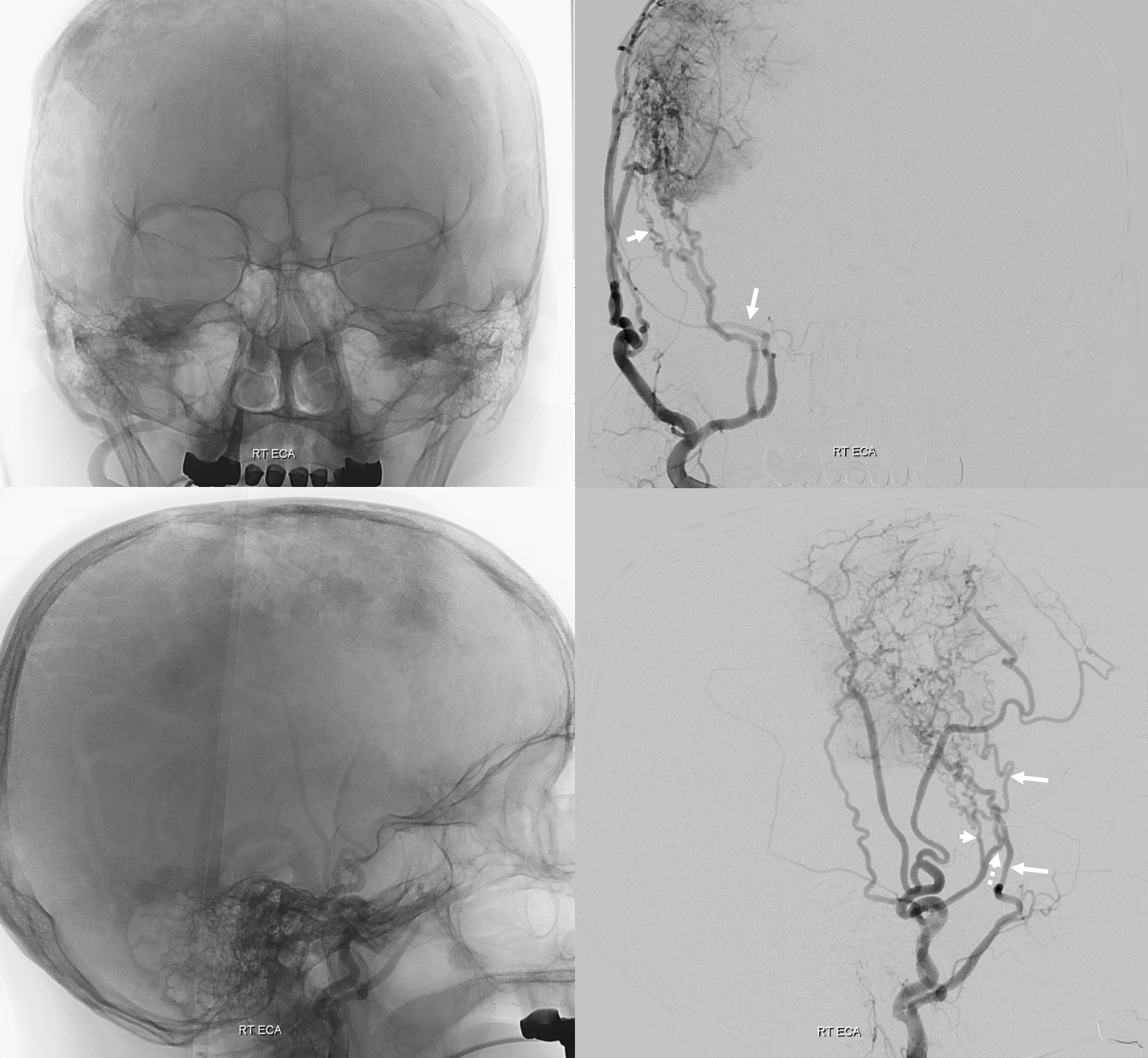 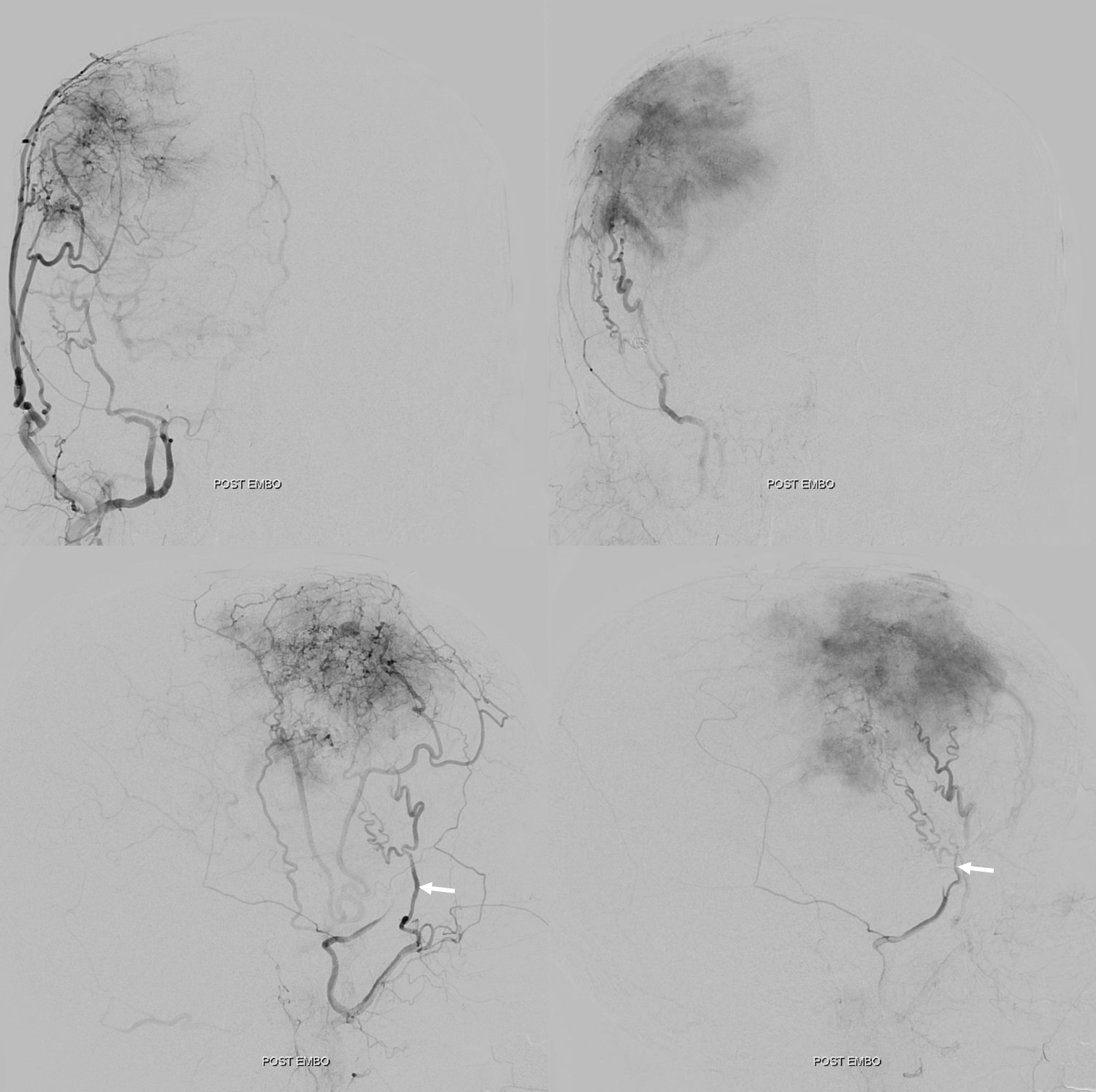