Posterior Communicating Artery (under very slow constuction)
Embryology:  The posterior communicating artery, embryologically, belongs to the anterior circulation, representing the “caudal ramus” of the internal carotid artery.  In most “higher” species, the anterior circulation (ICA) is responsible for supply of the entire supratentorial brain, as well as the bulk of brainstem structures which, in the human, are the property of the vertebrobasilar (posterior) circulation.  This is a very recent change in cerebral vascular arrangement, and as such may just as well be regarded as a deviation, rather than forward “evolution”.  Regardless, the origin of PCOM as an ICA vessel is very much alive in the ubiquitous “fetal PCOM”, estimated at 25% prevalence in the human.  For a detailed discussion of PCOM and other embryology/phylogeny, please see Neurovascular Evolution and Vascular Neuroembyology sections.
PCOM
PCOM Infundibulum 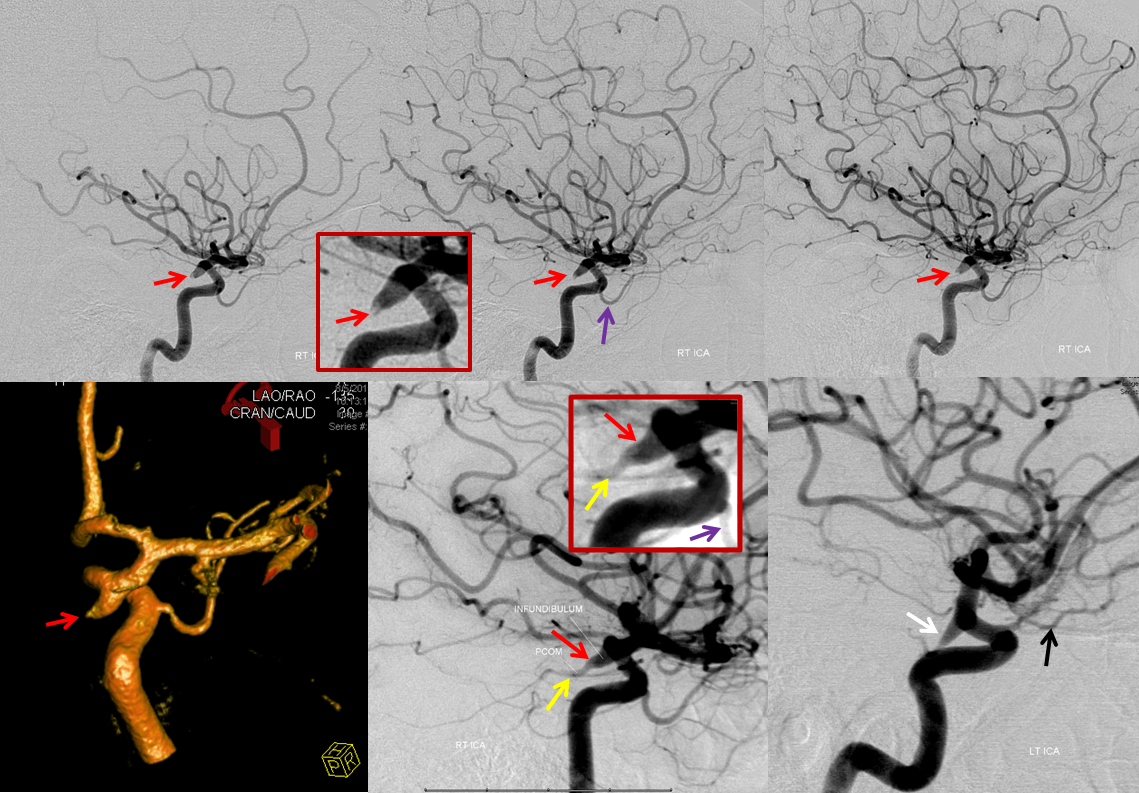 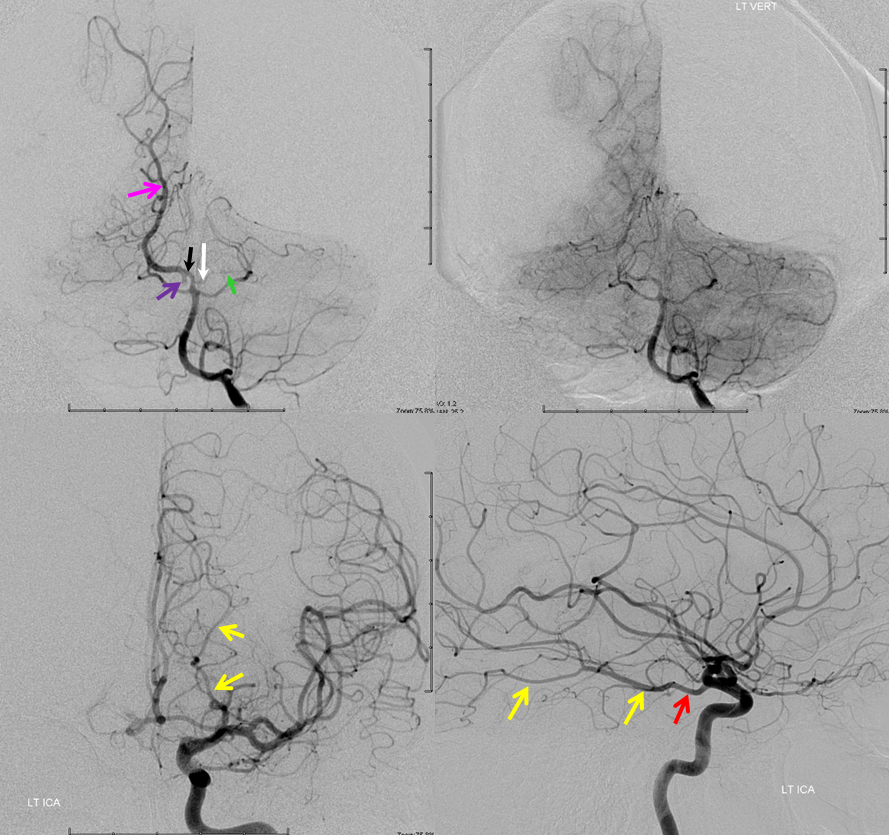 PCOM / Superior Hypophyseal Artery Balance
There is a balance between these two that is rarely discussed.  Here, the superior hypophyseal artery is hypoplastic — very tiny actually.  The supply of its territory is from a branch of the PCOM (arrows)
STEREO PAIRS 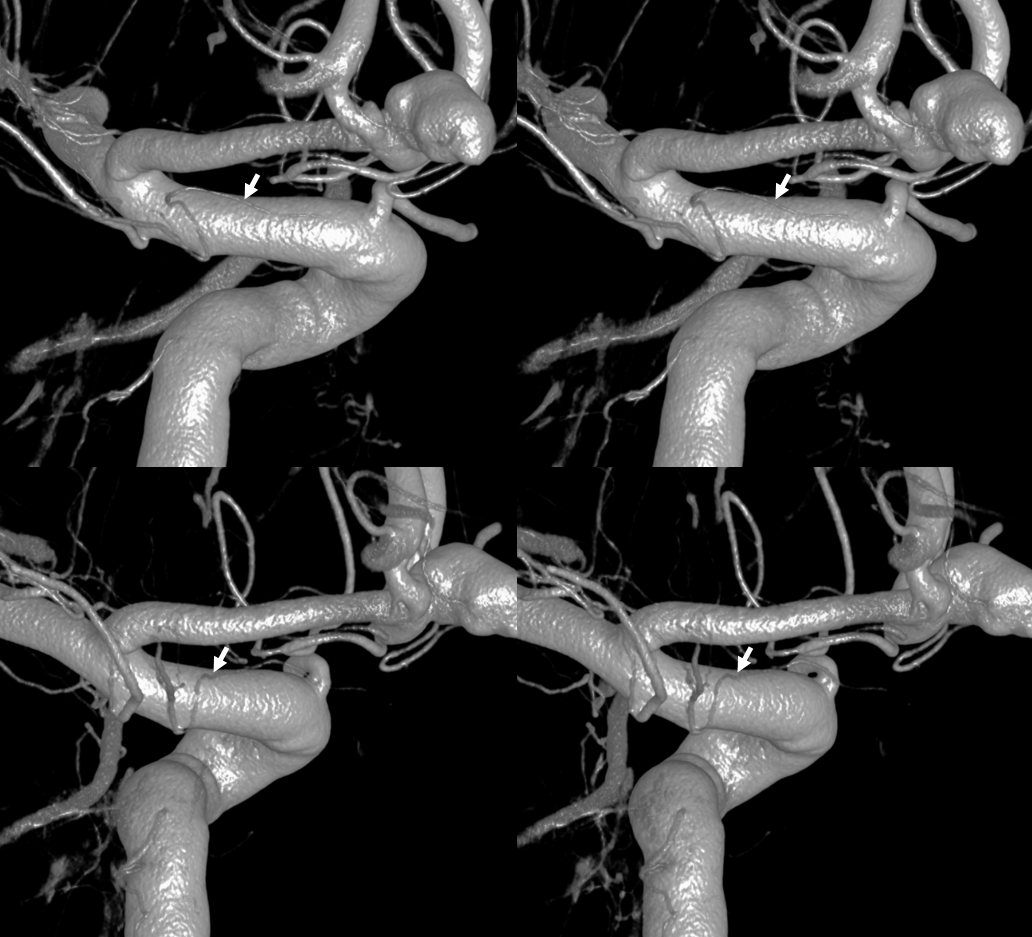 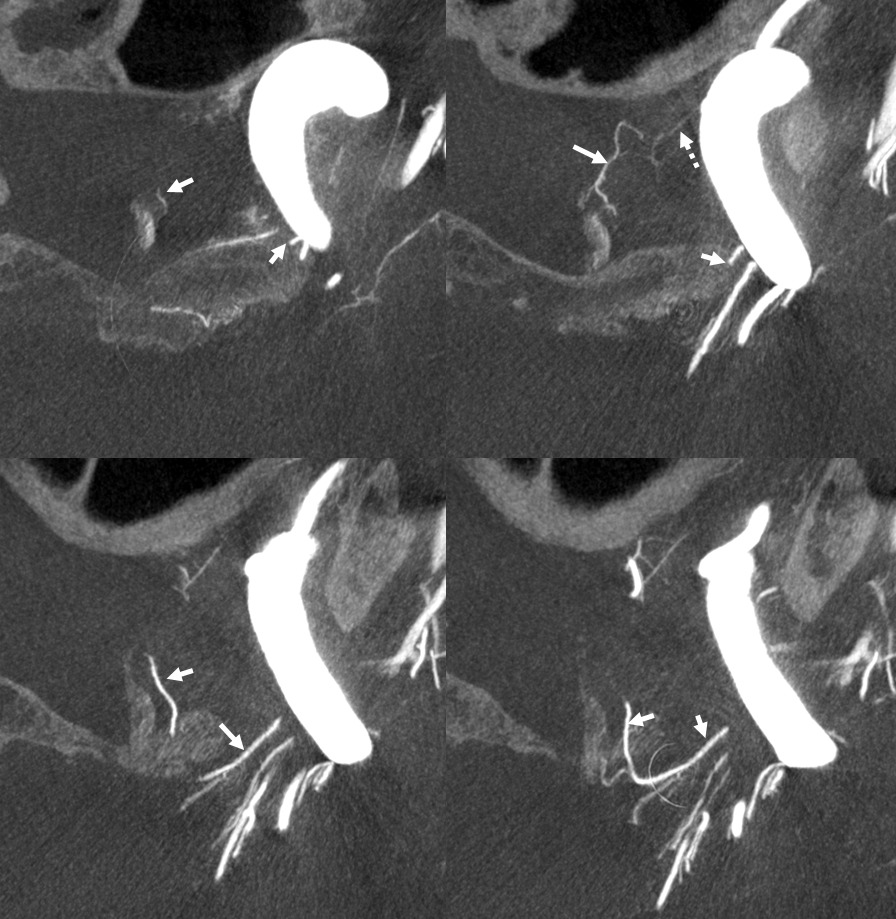 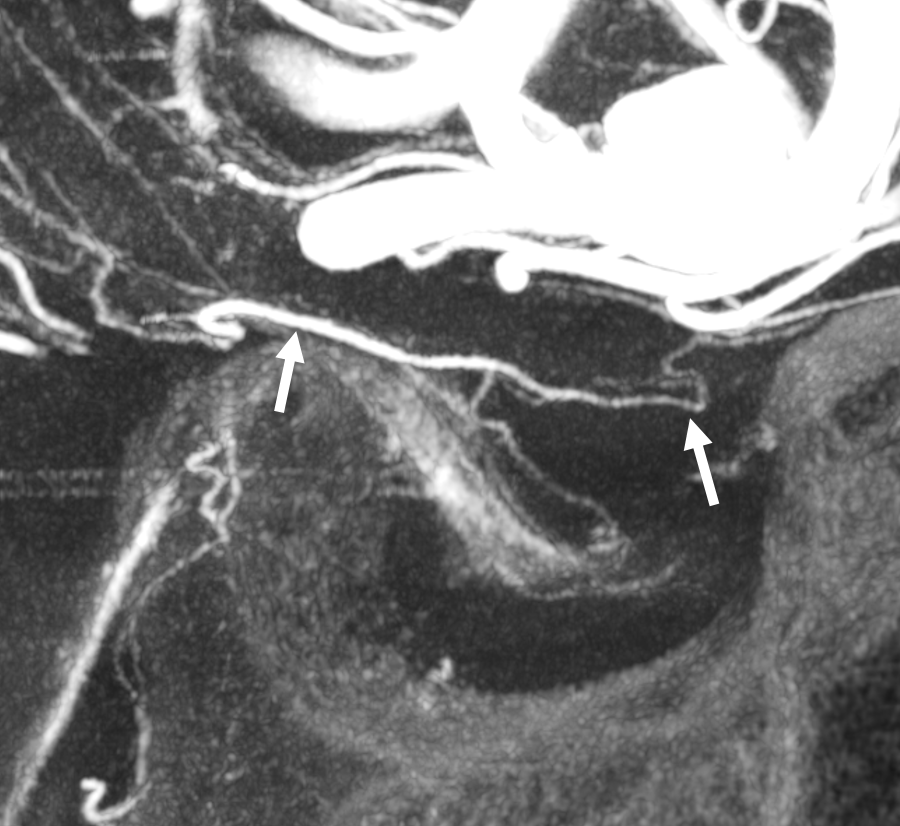