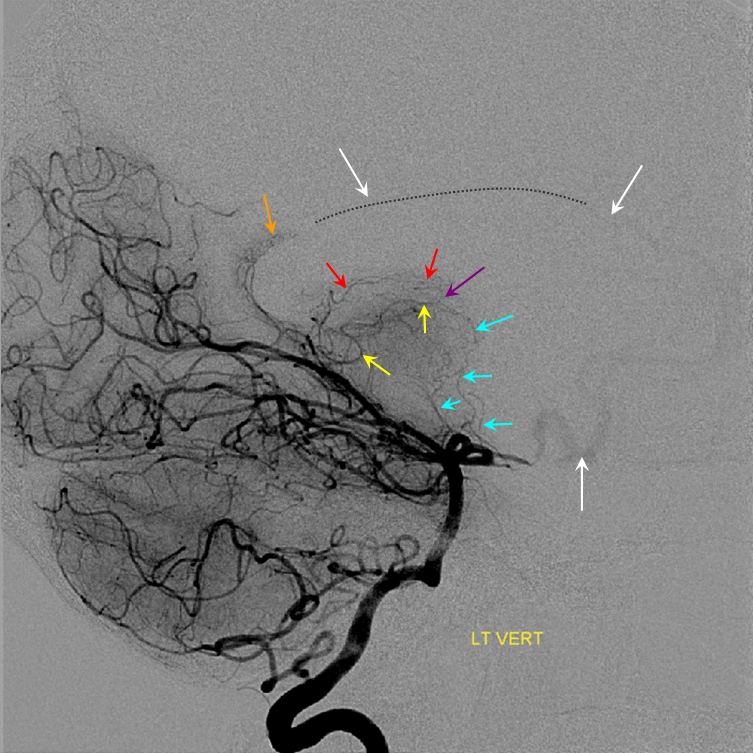 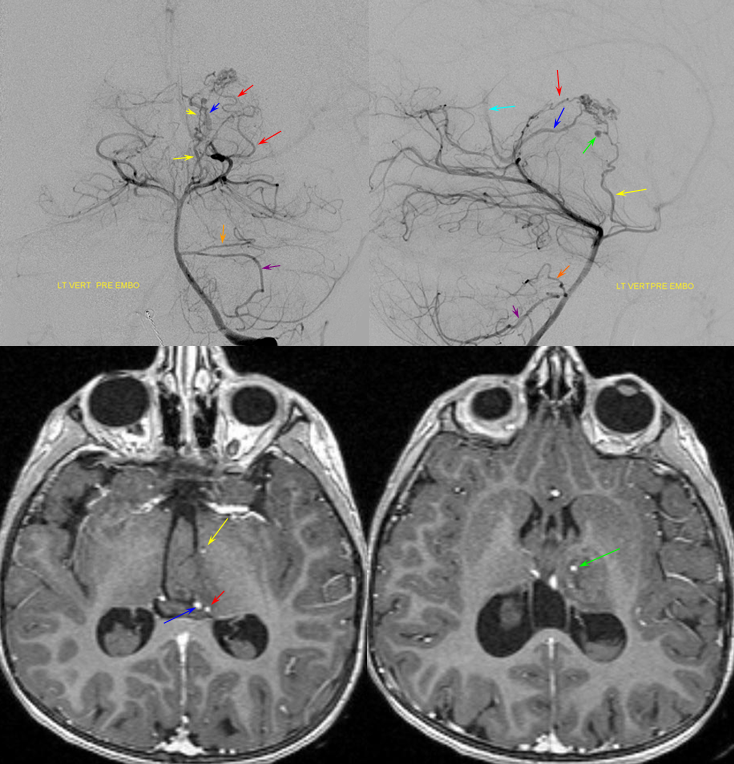 The anterior thalamus near foramen of Monro is usually supplied by an anteromedial perforator coming off the posterior communicating artery, as is seen in this case.  A ruptured AVM with a pseudoaneurysm (green) arising from an anterior thalamic perforator (yellow) supplies the lesion together with the posterior medial choroidal artery (blue) and posterior thalamic artery (red).  These arteries and psedoaneurysm can be identified with high degree of certainty on a pre-angiographic post-contrast MRI T1 gradient echo sequence (MP-RAGE in this case).
Variant supply of third ventricle choroid plexus and sequential identification
Having a series of images through which an arterial course and corresponding parenchymal and venous phases can be traced is very useful when questions of identity arise.  Here, variation in foramen of Monro supply is present with distal origin of a branch coursing through velum interpositum (yellow) to reach foramen of Monro, with a hypoplastic medial choroidal artery.  The lateral choroidal system (red) is well developed. Parenchymal and venous phases help identify the choroidal blush and venous counterparts of the arterial vessels, increasing one’s confidence in correctly identifying the anatomy. 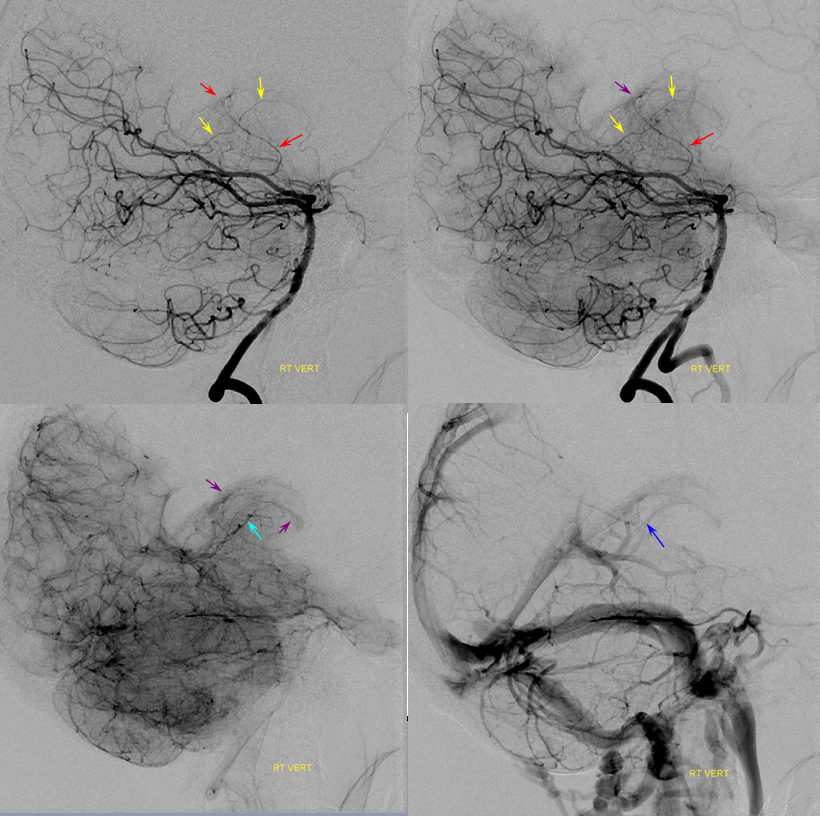 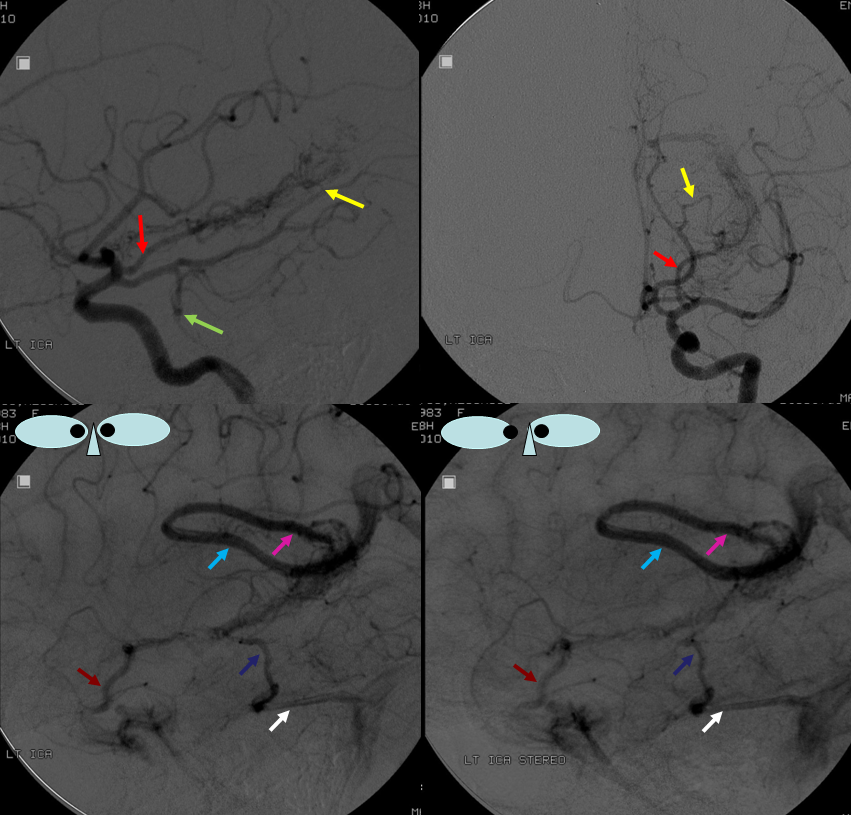