Cutaneous Artery of the scalp.  Extensive collaterals with occipital, deep temporal, facial, and terminal branches of ophthalmic (supraorbital, supratrochlear).  Important deep collaterals include under some unique and important circumstances the meningeal arteries such as the MMA 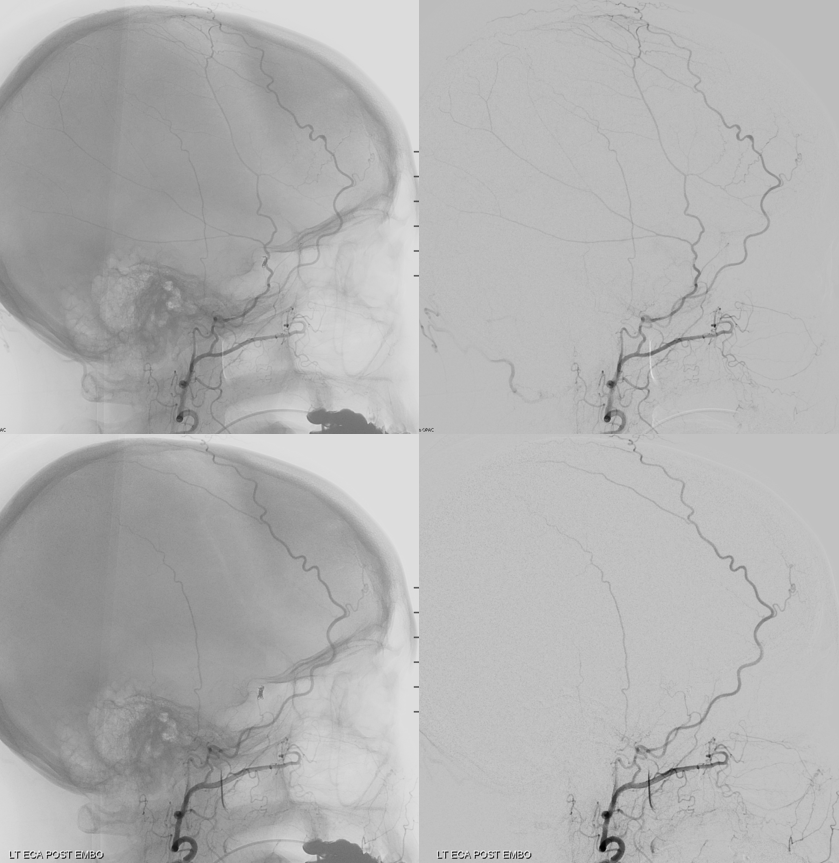 Another bunch of dominant frontal branches — anything is possible basically, and nobody is surprised when it’s the STA.  Why then treat the endless MCA or any other vessel variations differently?

Pretty easy to mangle the STA if skull keeps taking hits.  STA dissections especially in blunt side of head trauma are not so rare.  Of course, hardly anyone looks for them, and clinical significance is minimal (big ones can be felt, like the ones below).  Its just like any vessel, and given the hopefully hard surface underneath, traumatic injury happens.  No good for no bypass neither. 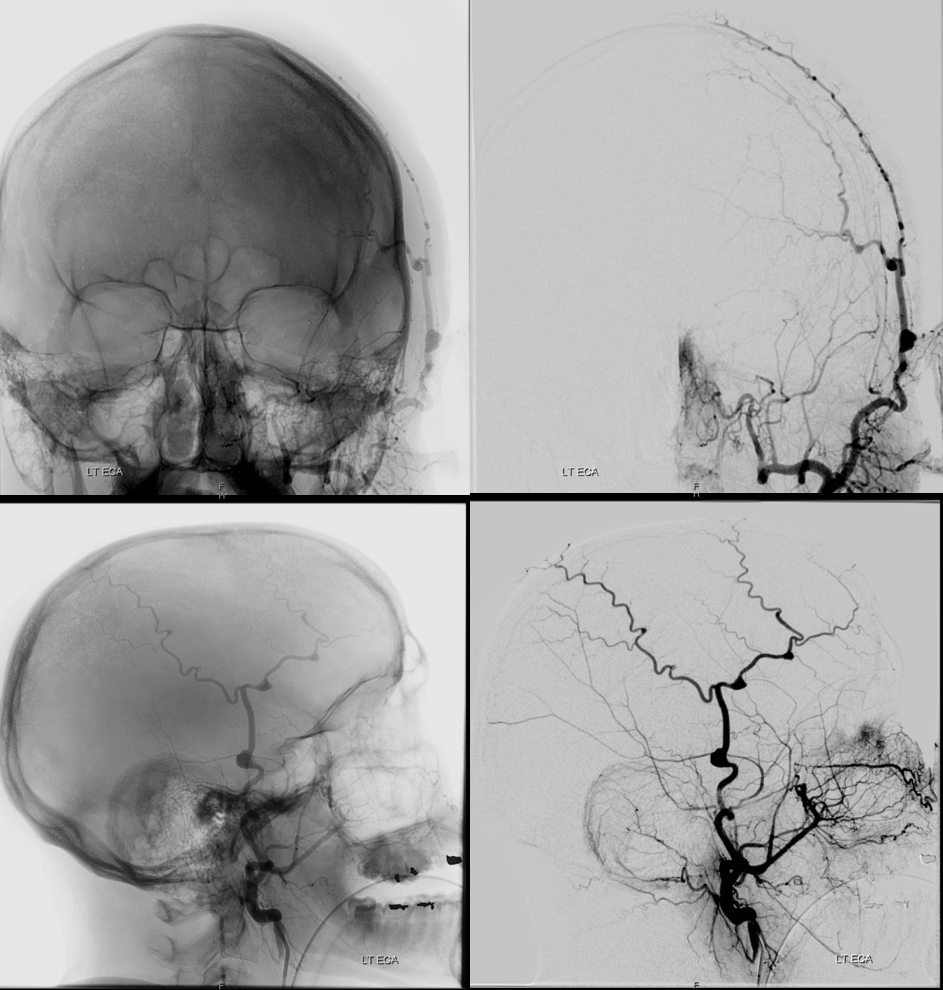 Supply of the skull

What vessels feed the skull? The ones next to it — meningeal ones below, and superficial ones (occipital, STA, supraorbital, supratrochlear, deep temporal).  Its a balance of course.  Frequently the STA can be involved when mets or other lesions destroy the skull.  Here is a particularly exetnsive example of a renal cell metastasis 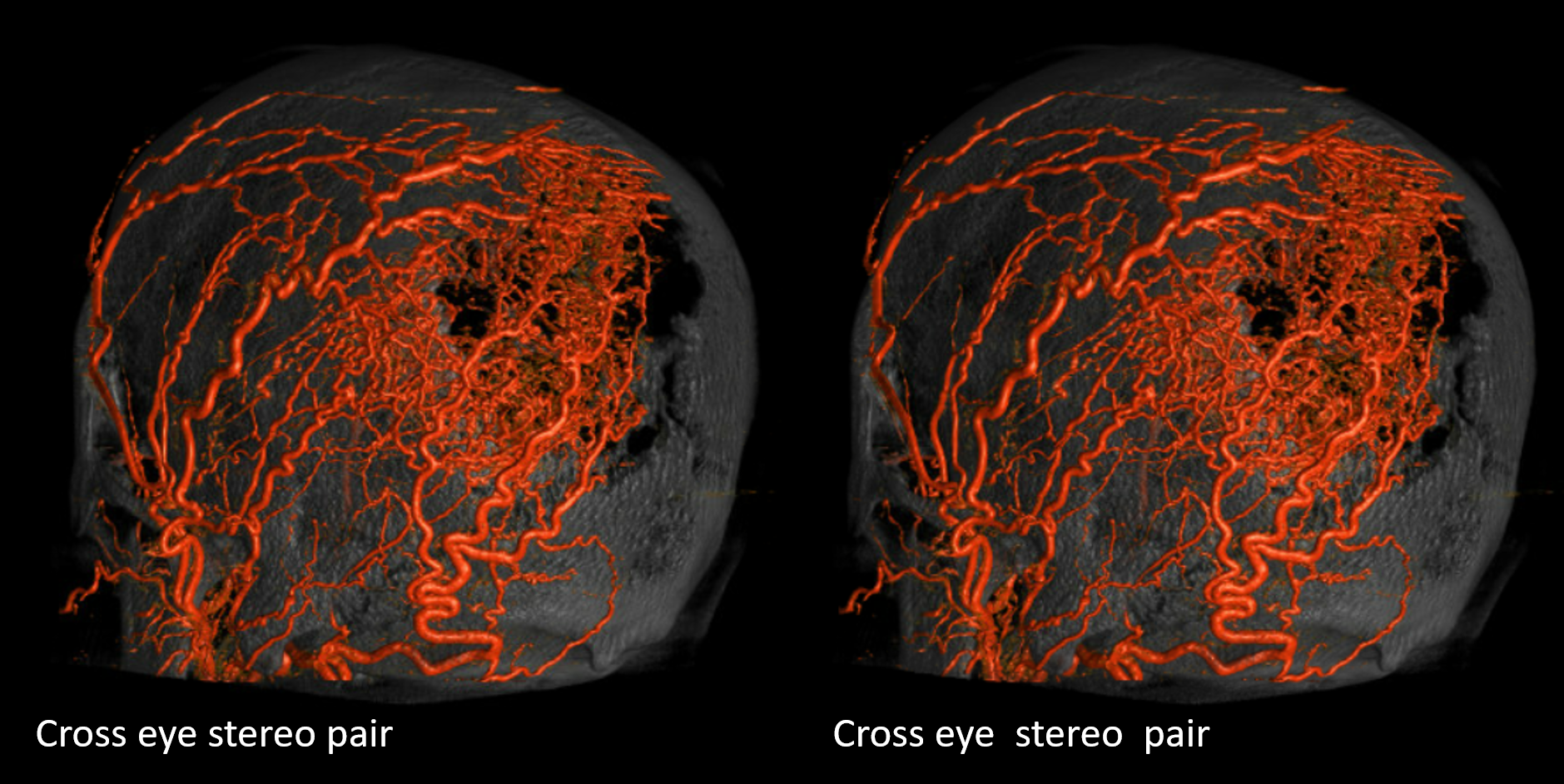 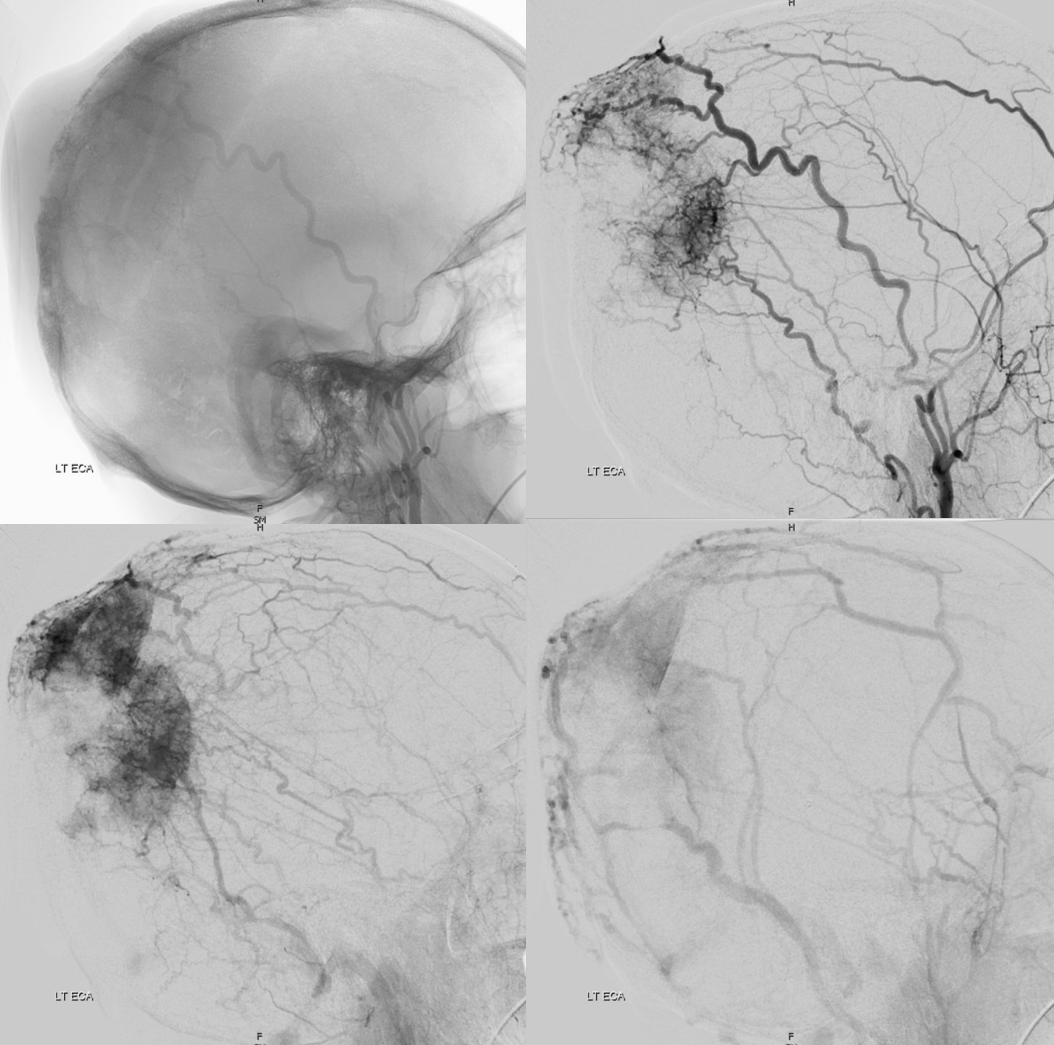 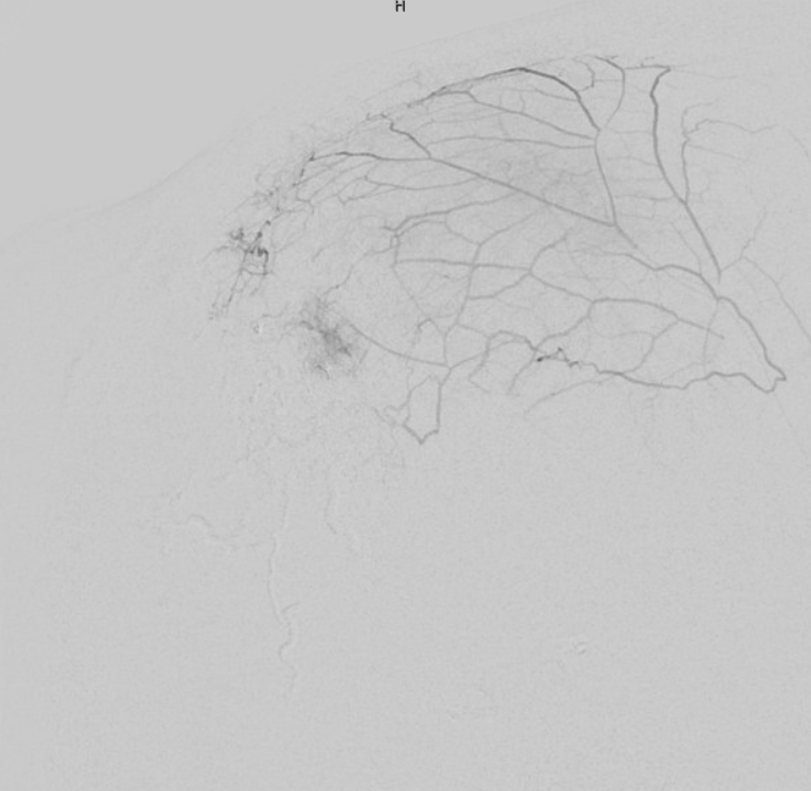 Same idea as skull supply — these are all connected.  Often there is one hole in the parietal skull in particular where MMA connects to either STA or occipital.  Clinical significance is that STA and occipital can reconstitute the MMA and perhaps make MMA embo for example less effective.  See example here of significant occipital supply of meninges during MMA embo.

Below is an example of a permanent record of such connection, as shown by Onyx cast injected into MMA, extending through this particular parietal hole into the subcutaneous STA.  The mirror image hole on the left remains functional.  Notice that some Onyx also spilled into meningeal veins (upper right image) as it tends to do, more often than is acknowledged. 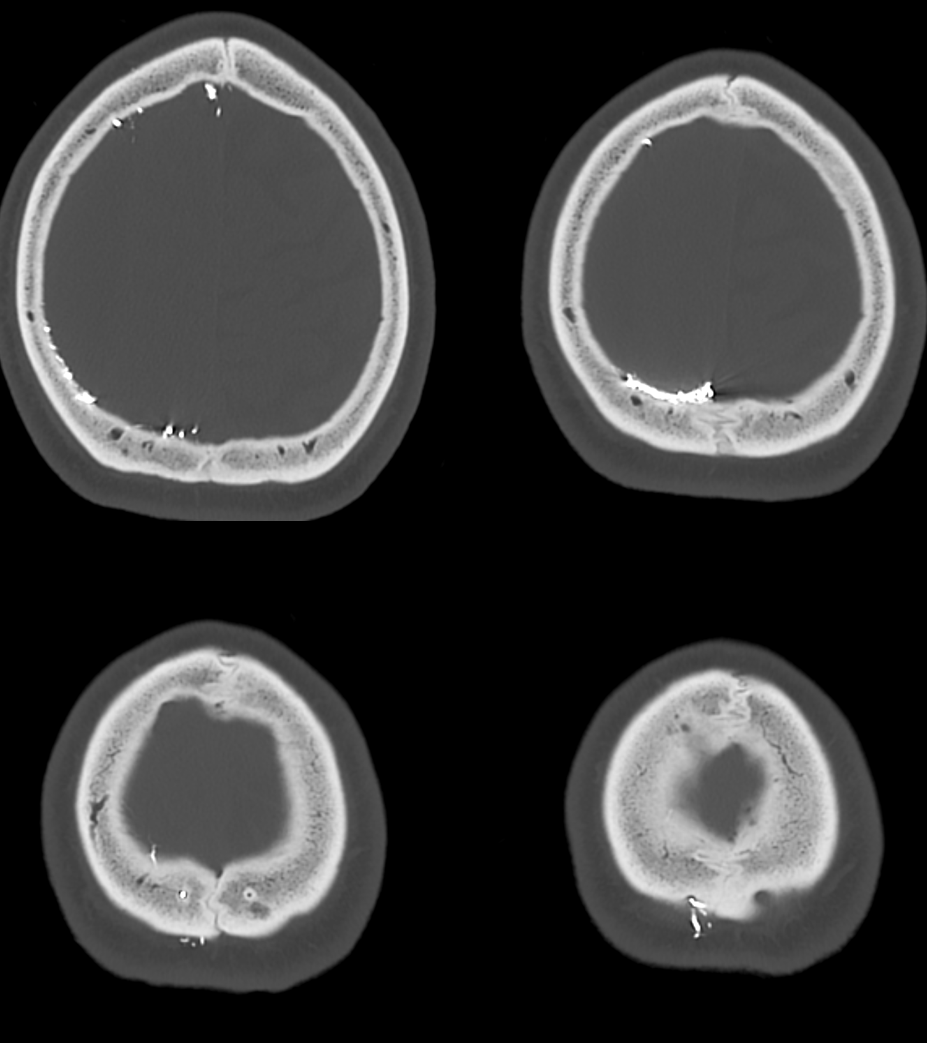 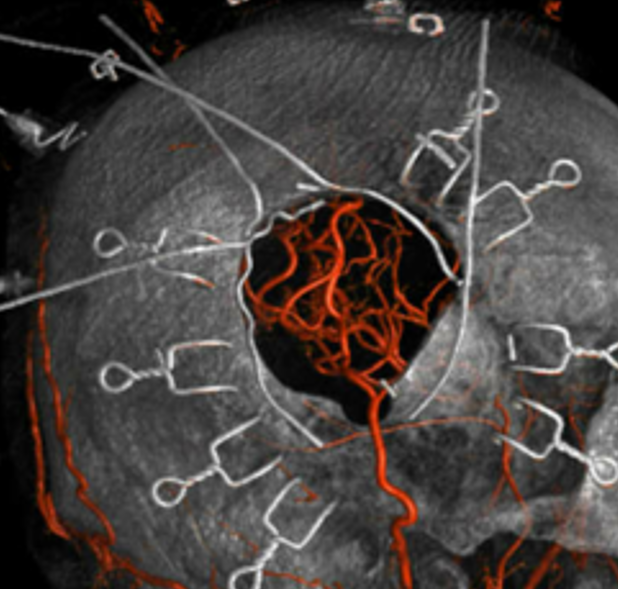 One of our areas of excellence (cranial bypass program) under leadership of Dr. Erez Nossek.   Lots to talk about.  Basically, the usual scenario is an STA to MCA bypass.  Needs a “good” STA — best one that overlies area of targeted anastomosis.  Can be done with expert hands down to something like 0.8 mm STA diameter. 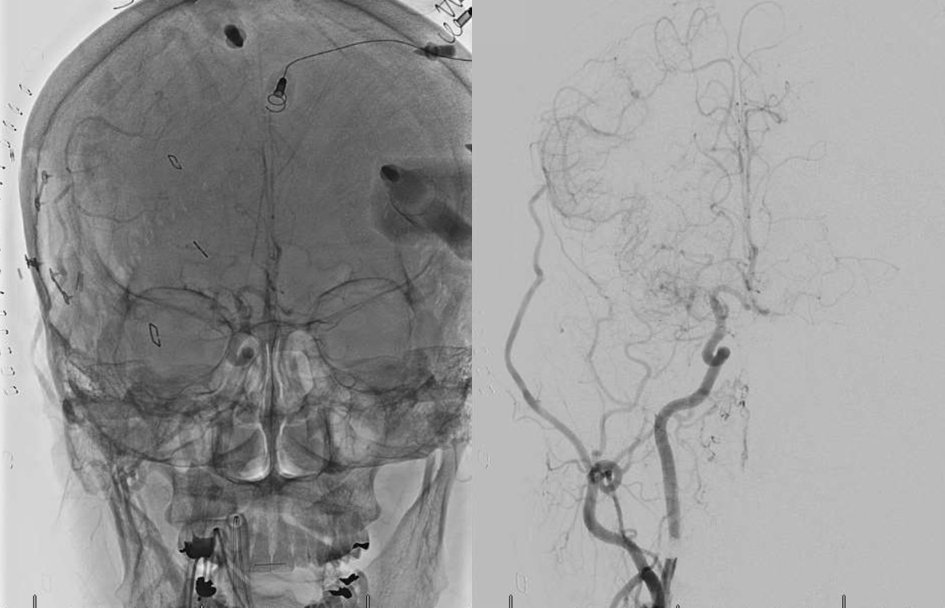 A “good” STA — needs unsubtracted and common images though 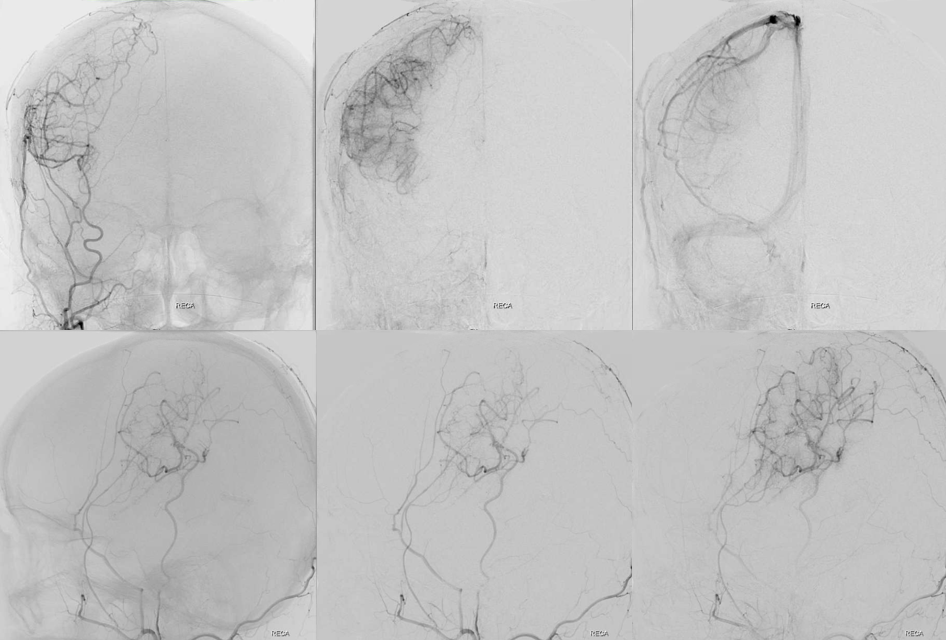 Failure of “indirect” bypass — the STA is tunneled under the scalp flap.  In many adults, indirect bypass is, well…