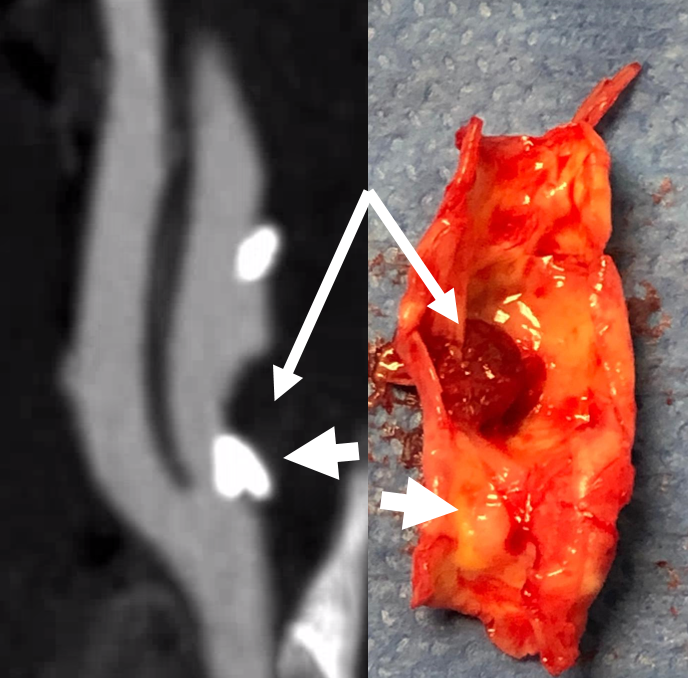 What to do about cervical (neck) carotid stenosis is a subject of endless debate.  After decades of research and millions spent there is still no answer — doesn’t it make medical professionals look a bit clueless?

We do know a few things. First, medical treatments keep getting better and better.  Second, % stenosis is not the whole story.  Wouldn’t it be nice if that’s all you needed to know.  Real life is more complicated.  Factors such as plaque composition, degree of inflammation, and others play a big role also.

There are many examples of small plaques causing big strokes.  How?  Clots form on plaques, then break off, float up into the head, and lodge in a big branch, causing ischemia.  Or plaques “rupture”, causing acute occlusion at site of plaque. This is way more common than severe stenosis finally closing completely and causing a stroke by simple lack of blood flow.  Why? Because stenoses that close off slowly give time for brain to adapt and develop “collaterals” — other ways for blood to supply the brain at risk.  Clots that break off from plaques, or plaque ruptures, however, stop blood flow suddenly.  In this scenario, “collaterals” are often not good enough to avoid a problem.

Here is an example of repeat strokes caused by an unstable plaque with overall mild % stenosis.  Details of medical history are important here — however neuroangio.org usually withholds identifying information including age and gender — to maximize privacy. 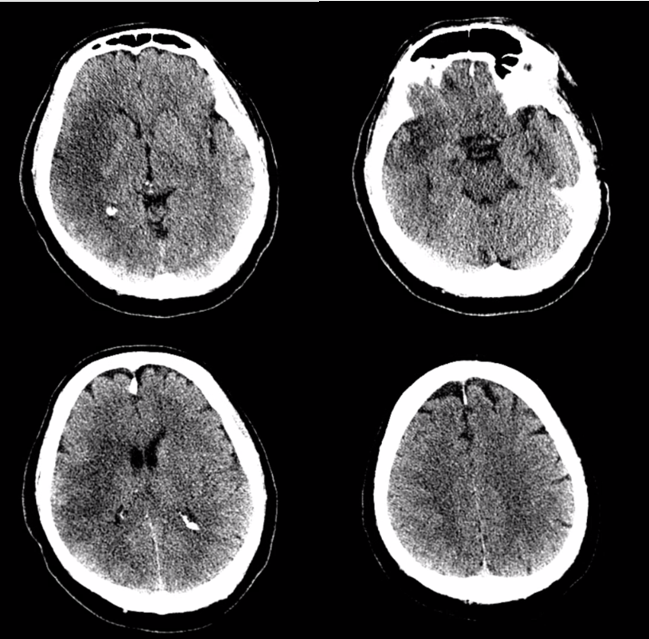 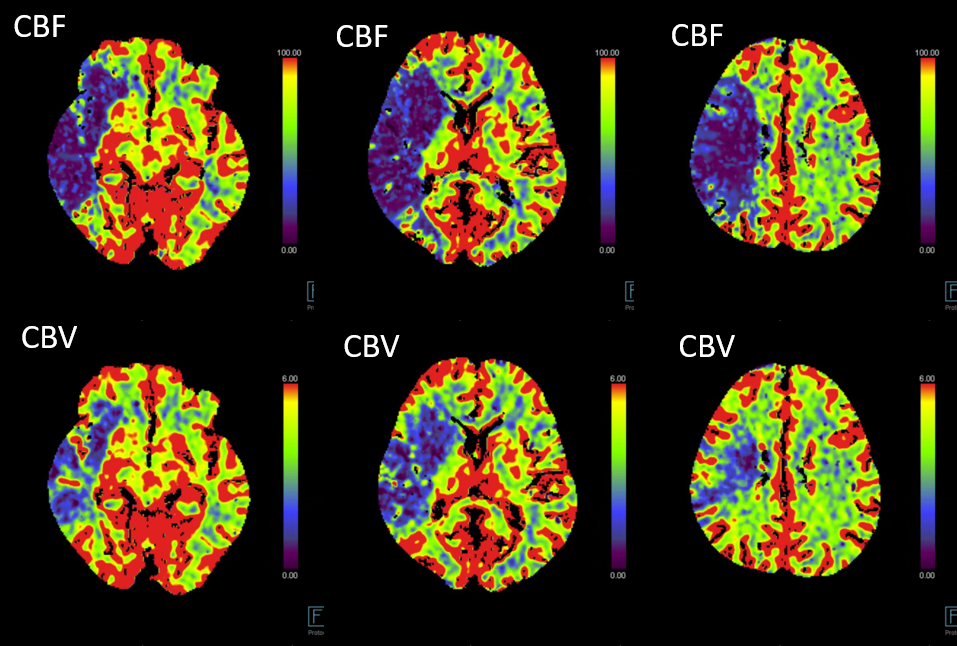 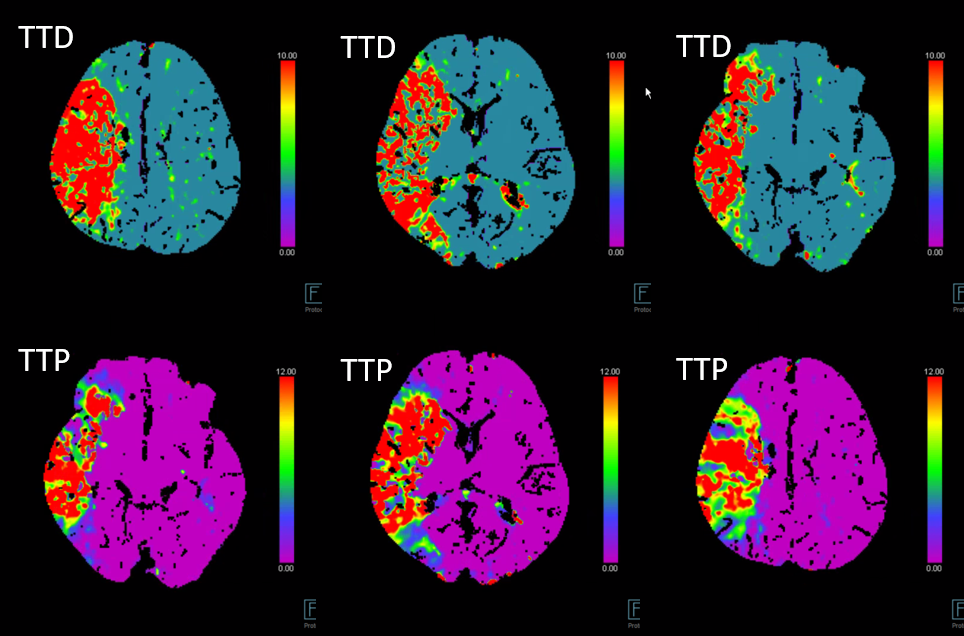 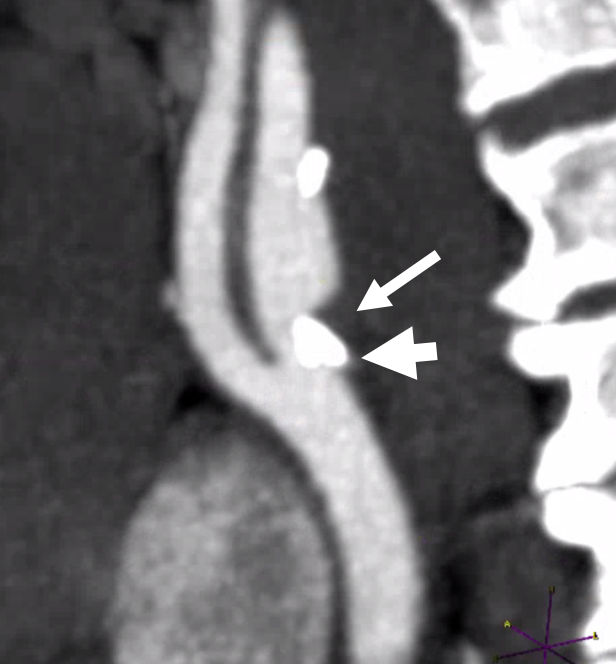 It would seem like there is severe stenosis because of the calcified plaque component.  That is an artifact called “volume averaging”.  Thin section axial images below show stenosis to be moderate.  Arrowhead points of calcified plaque, arrow to noncalcified component 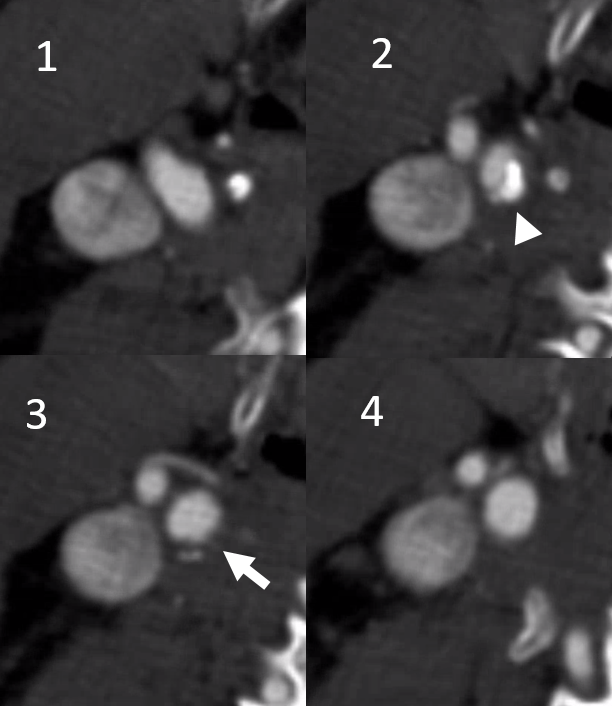 Finally, CTA of the brain shows occlusion of the right M1 segment of the MCA— the embolus 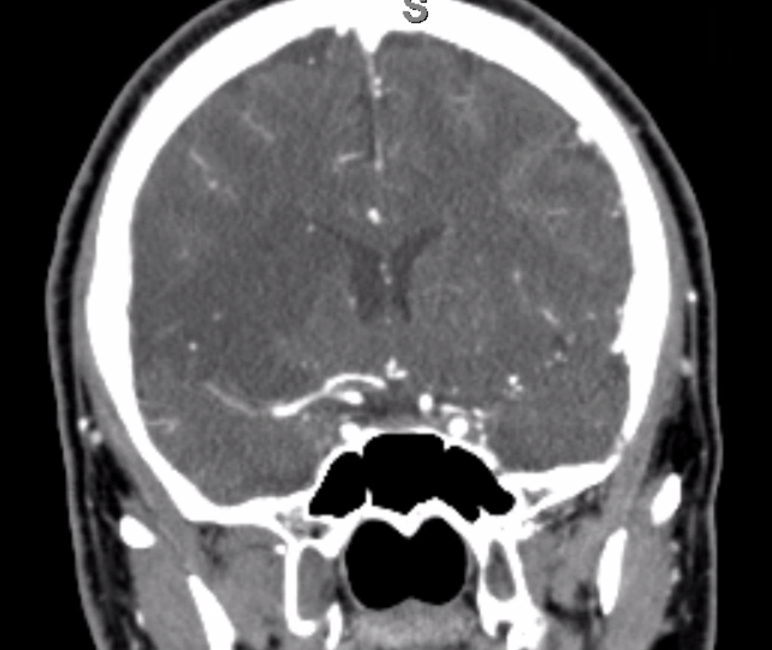 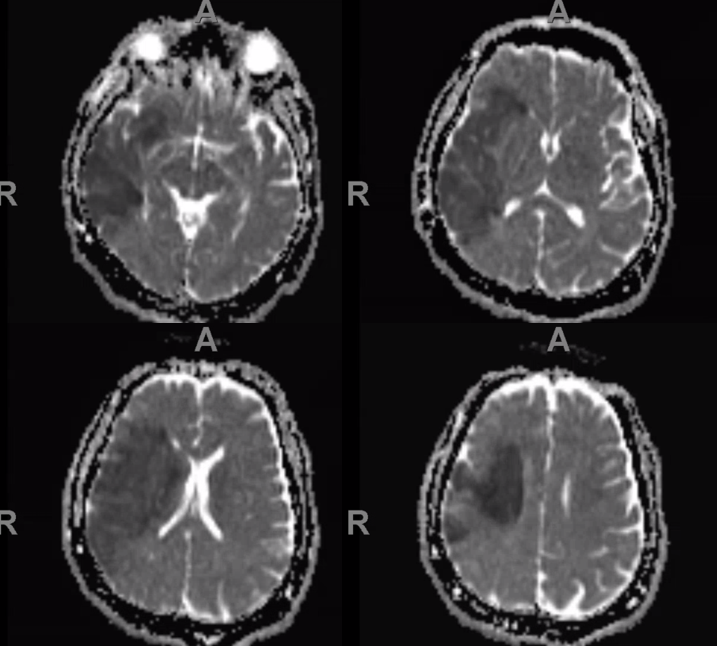 Patient was recovering from stroke, when several months later he deteriorated again — with worsening leg weakness.  A repeat stroke was suspected. 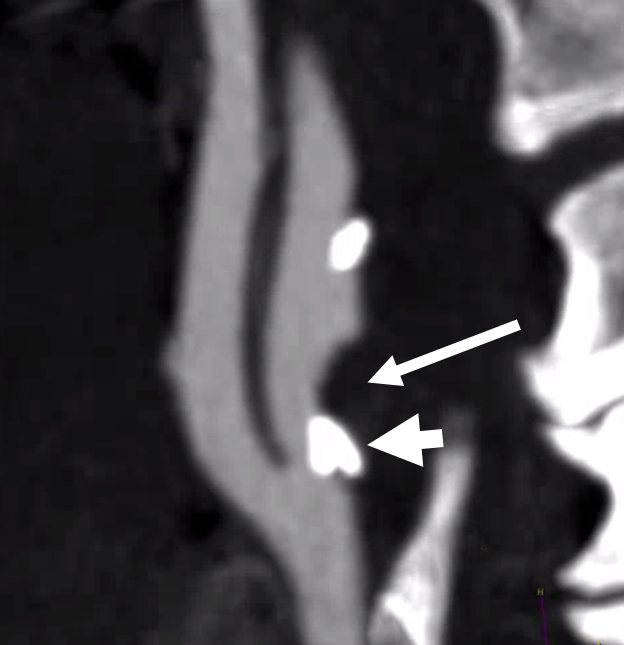 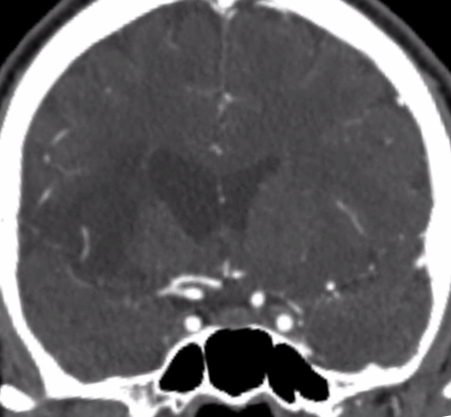 This time, intervention was pursued, given worsening of pre-existing deficits.  Pre-thrombectomy angiogram 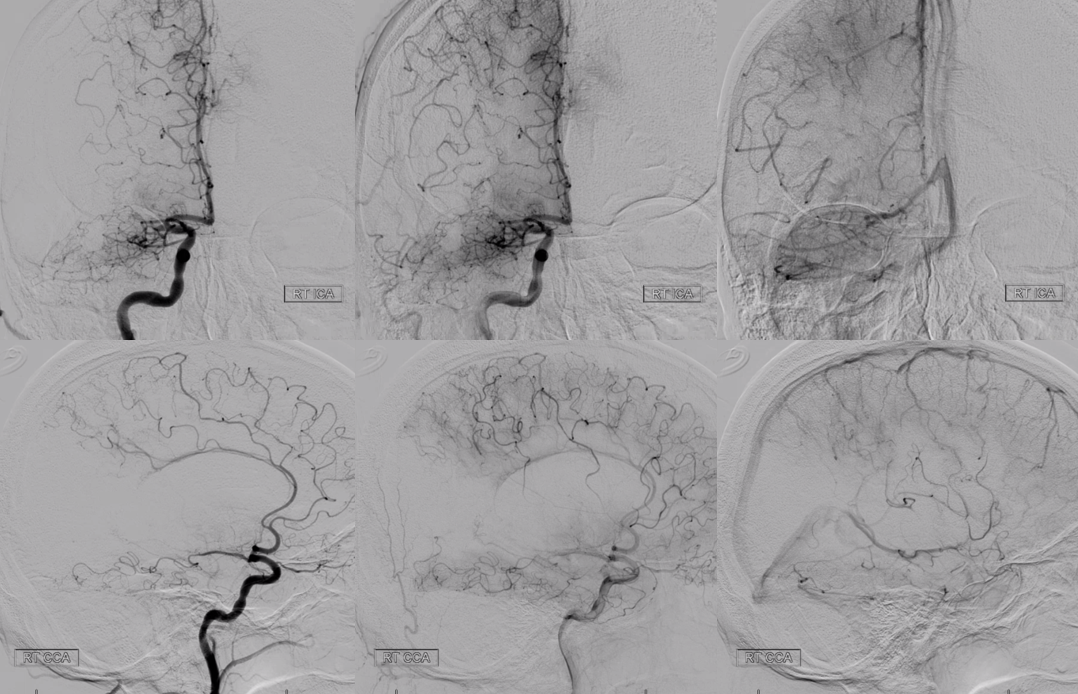 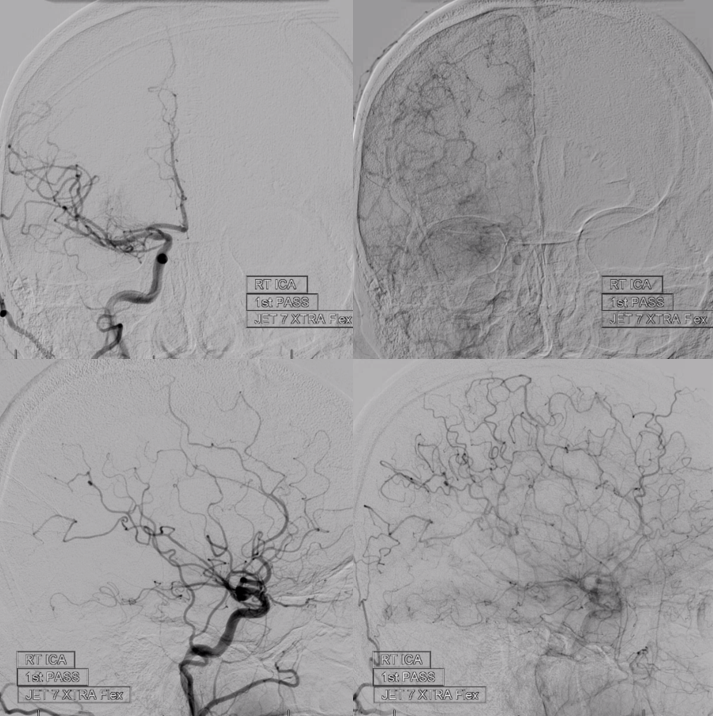 Endarterectomy done after second stroke.  Arrow points to clot found on the plaque — same location as on CTA images above.  Clot breaking off from the plaque was the source of both strokes.  The calcified part is shown by arrowhead. 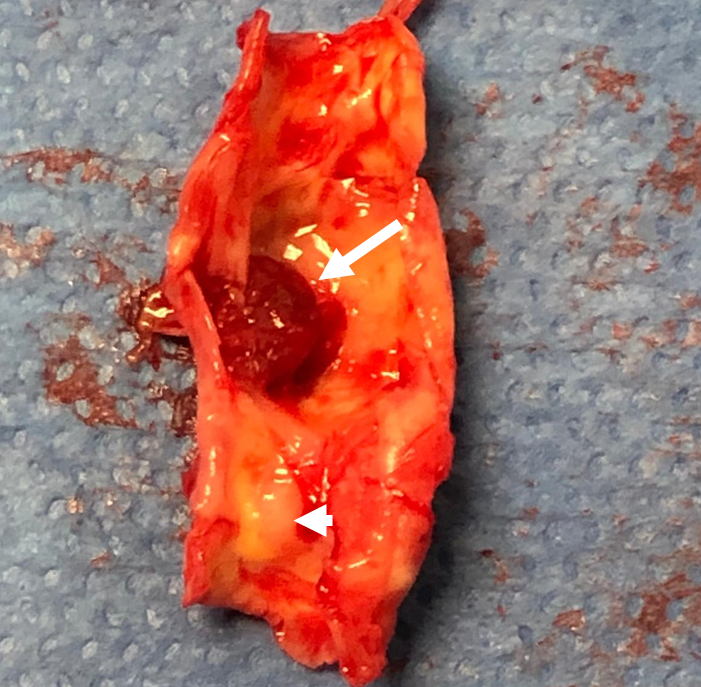 Side by side view of CTA and surgical specimen

Conclusion: There is more to carotid plaque than % stenosis.  This is an example of repeat “artery to artery emboli” caused by clot forming on the carotid plaque and embolizing into the right MCA.