Batson’s venous plexus is an alternative route of venous blood return to the heart following occlusion of the inferior vena cava.  Therefore, Batsons plexus is a functional entity rather than a distinct structure.  It consists of capacious and valveless paravertebral veins (all kinds of longitudinal veins around the vertebral column, anterior, posterior, and lateral to it, and the epidural venous plexus.  See Spinal Venous Anatomy page for extensive discussion of spinal veins.  Oscar Batson first described the plexus as a route for spread of metastases from tumors such as prostate and rectum in 1940.  The same plexus later emerged as the main route of venous return in conditions of IVC occlusion of any etiology, not necessarily malignant.  In this patient with long-standing feeling of heaviness and pain in the legs, the occlusion is due to retroperitoneal fibrosis.  Axial MRI shows engorged paraspinal veins (yellow) and ventral epidural venous plexus (white) 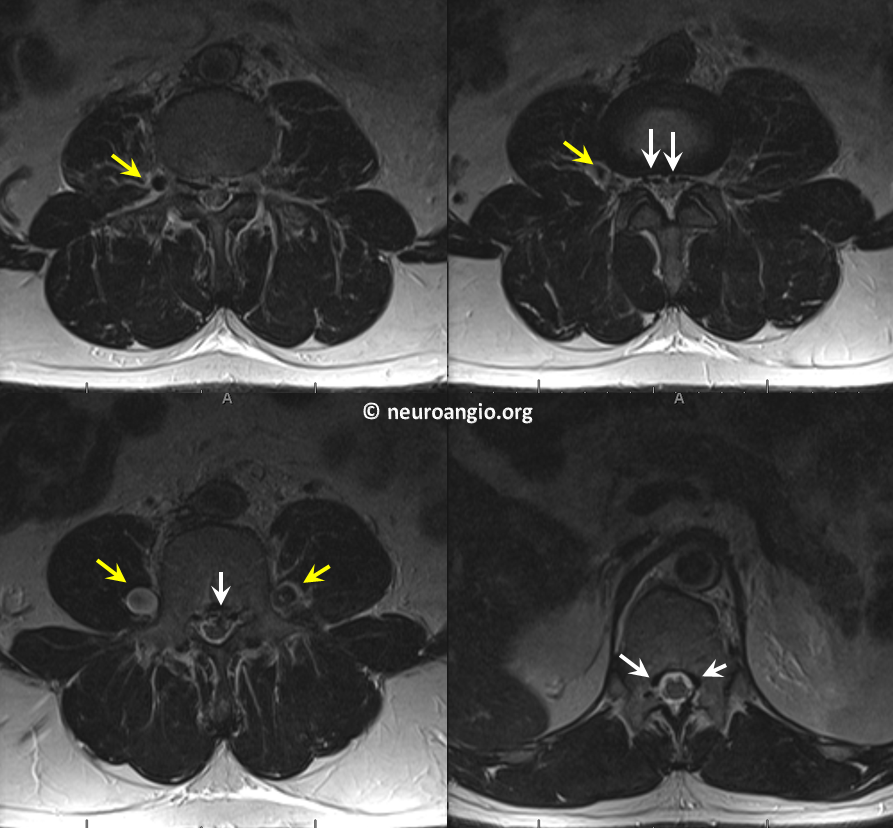 Sagittal images of the same 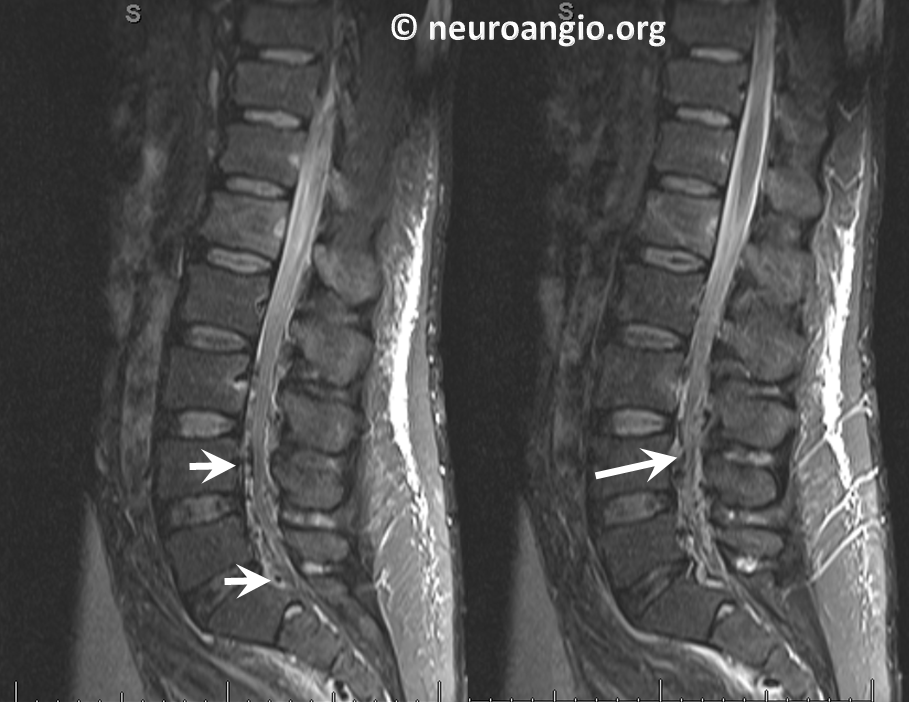 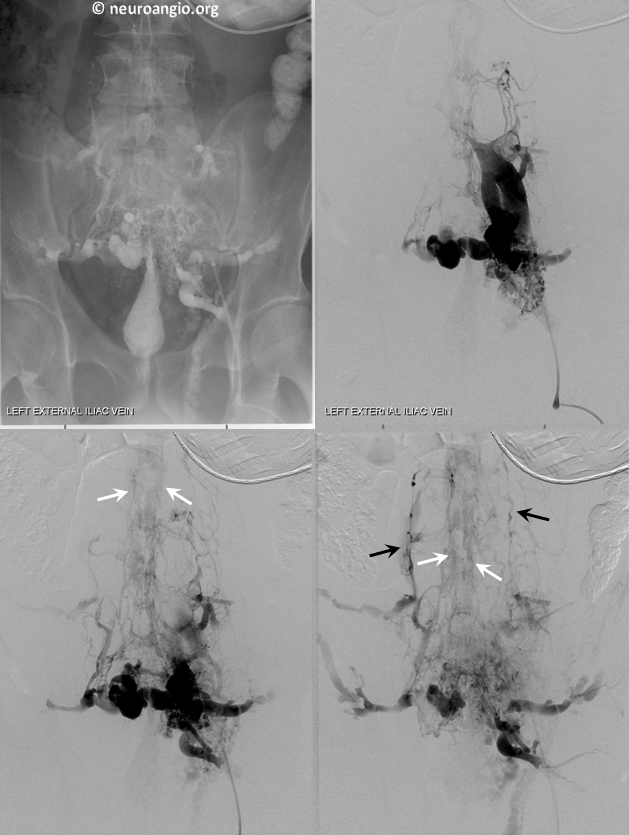 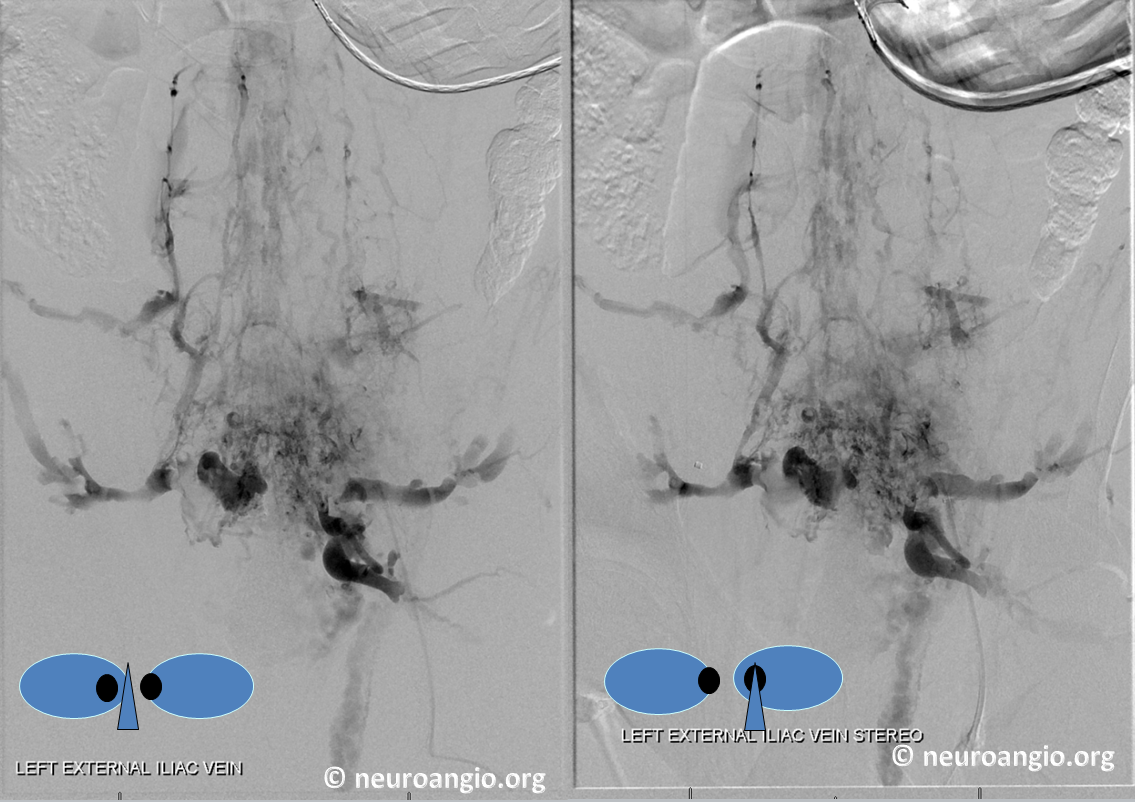 Lateral views of the lumbar region

This drainage pathway has been stable in this person for many years.