Another example how anatomy guides treatment — safe and effective

MRA — a ton of information can be gleaned from MRA — the fistula is truly in the jugular foramen. Supply will come from the jugular division of ascending pharyngeal artery (arrow), occipital artery (dashed arrow), and posterior auricular artery (arrowhead) 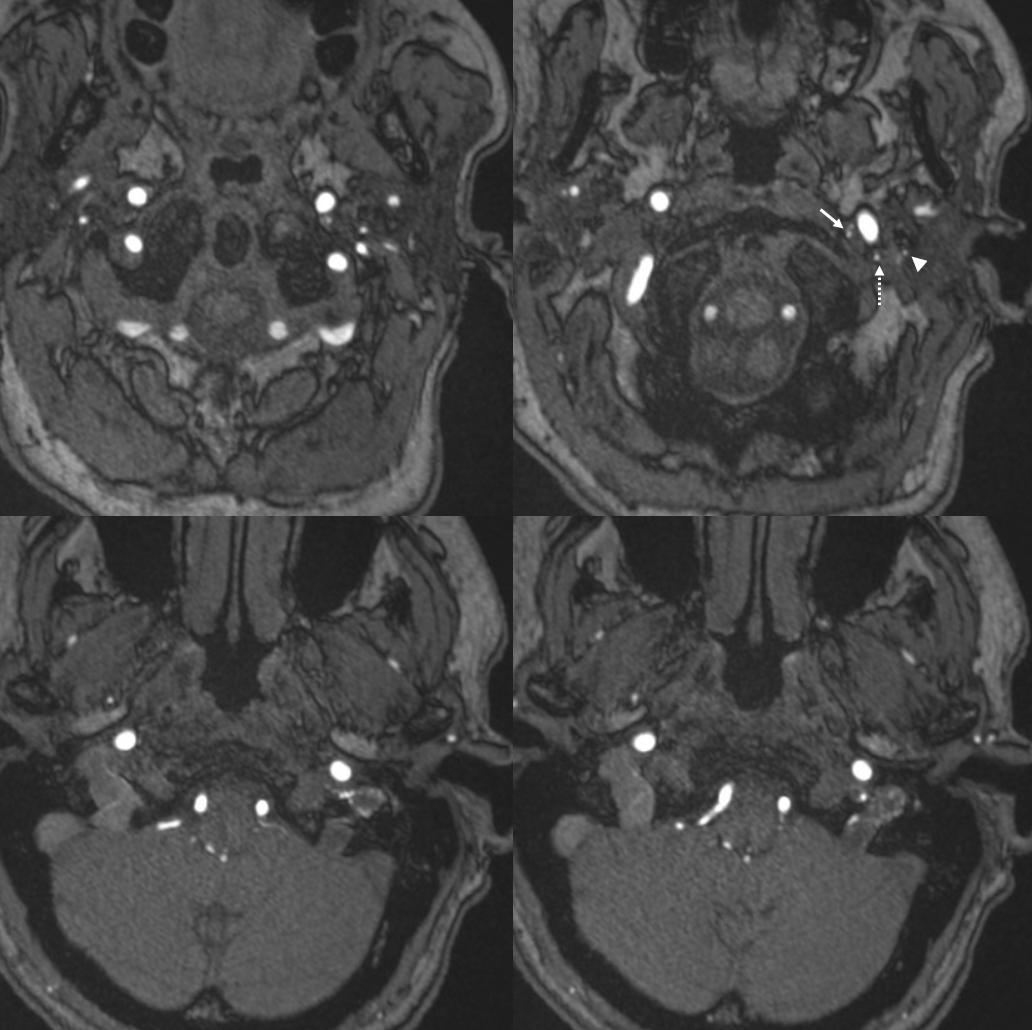 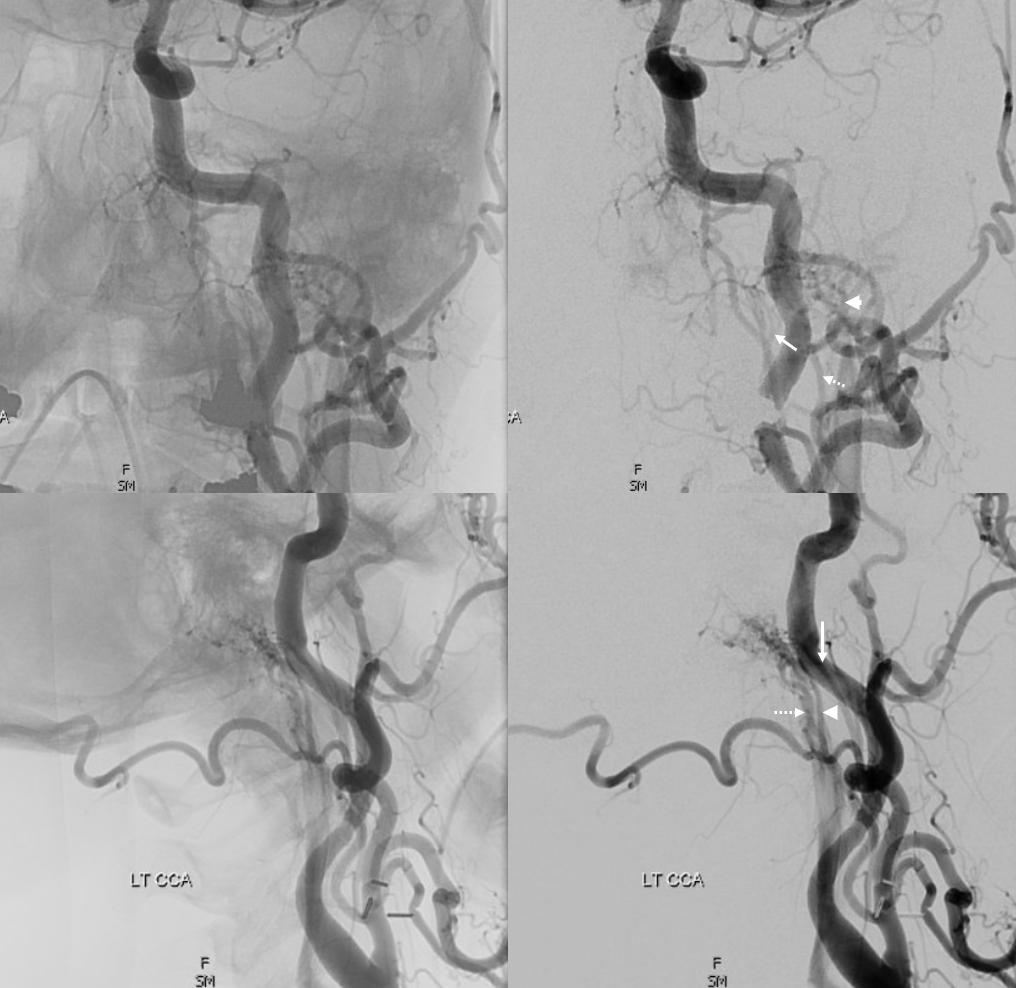 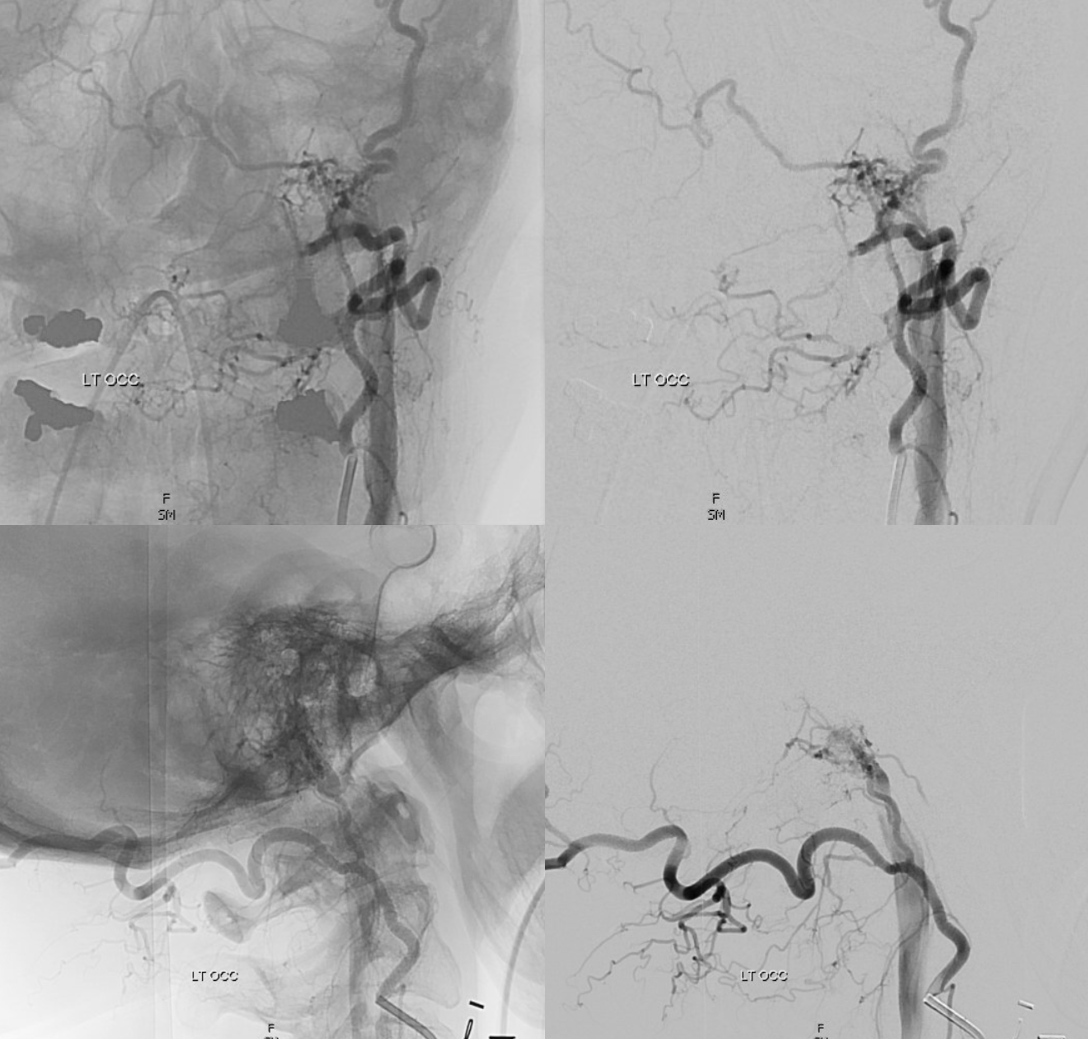 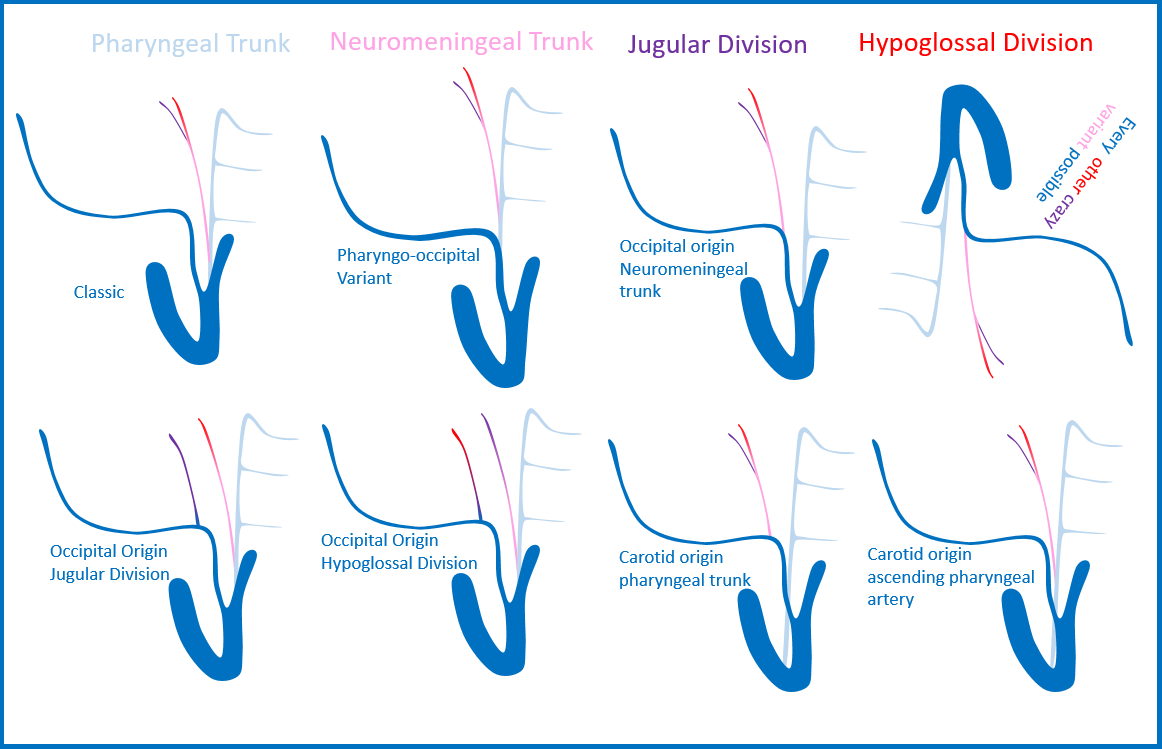 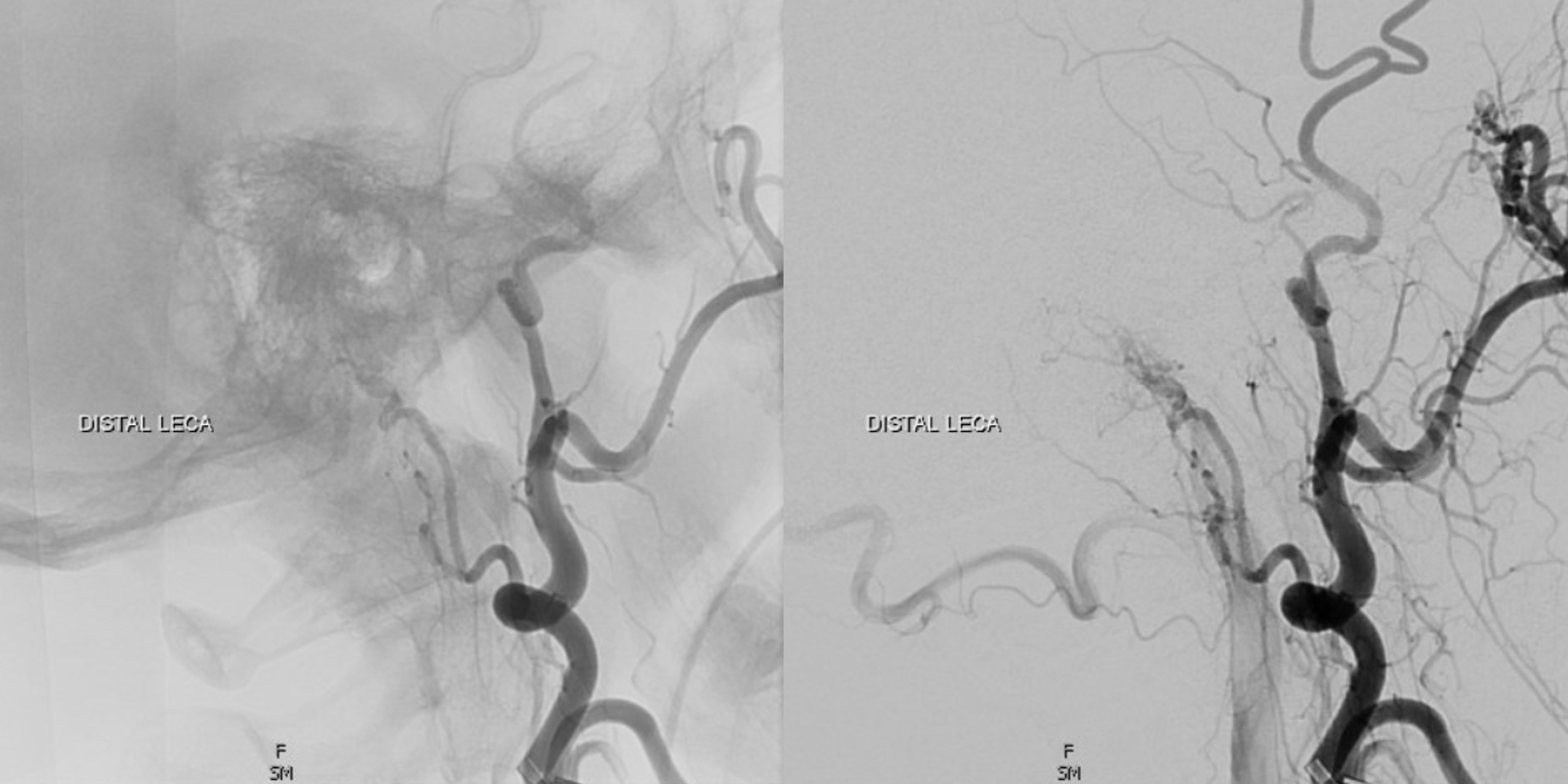 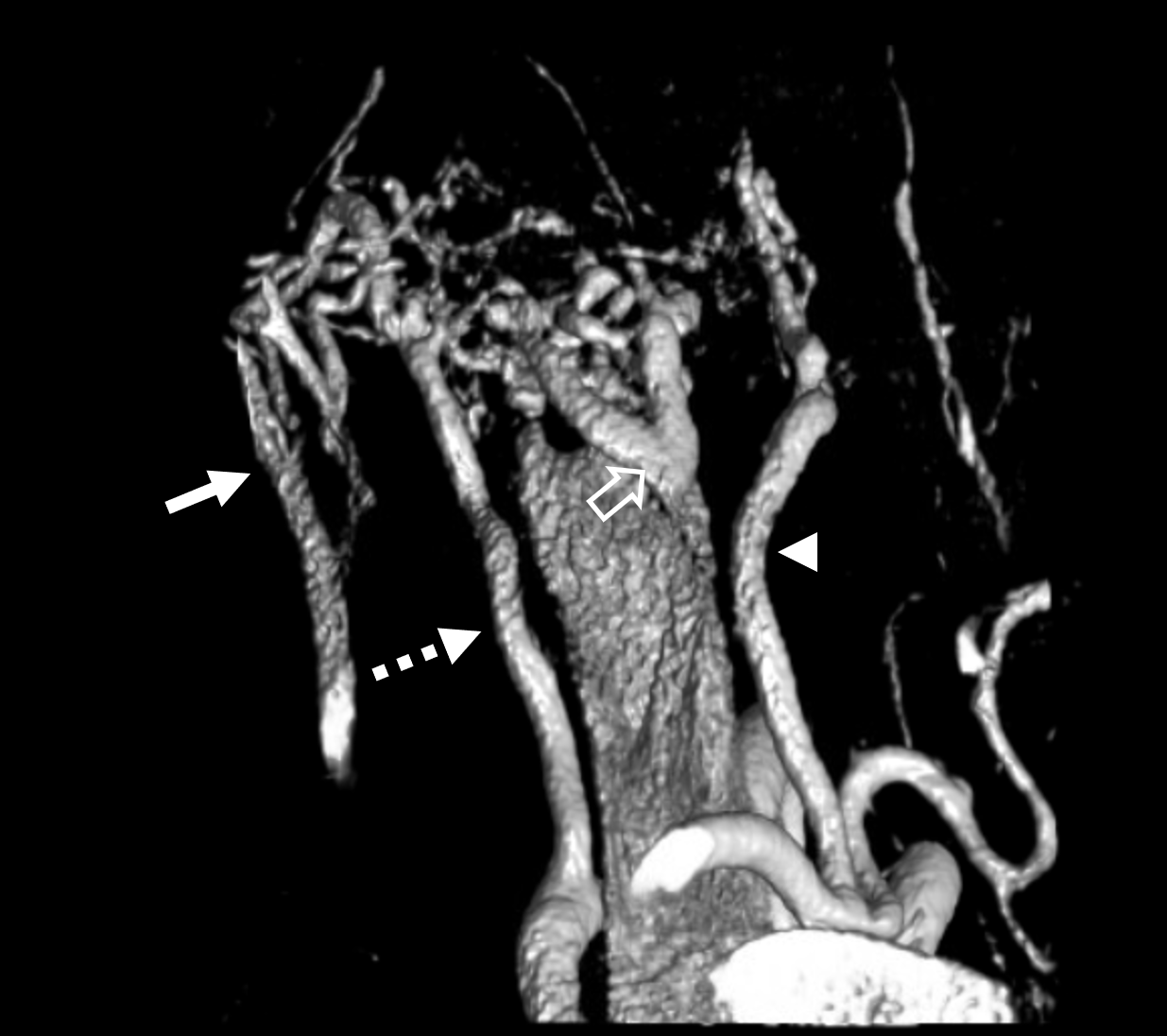 DYNA Axial dataset movie.  Pause and scroll.  Notice how the posterior auricular branch supplying the fistula is the stylomastoid branch — with plenty of vasculature in the stylomastoid foramen and facial canal.  Another anatomy point — be careful…

Movie of the rotational DYNA

So, you get the idea — every arterial branch here is dangerous nerve territory.  The only reasonable approach here is transvenous.

Beautiful injection below — the 5F vert is navigated via the IJ into the opening of that Y-shaped venous channel. The injection is from the vert — retrogradely opacifying the whole arterial supply network — and some other tributaries we did not see before (those transosseous ones from more distal occipital artery) — a true fistulogram 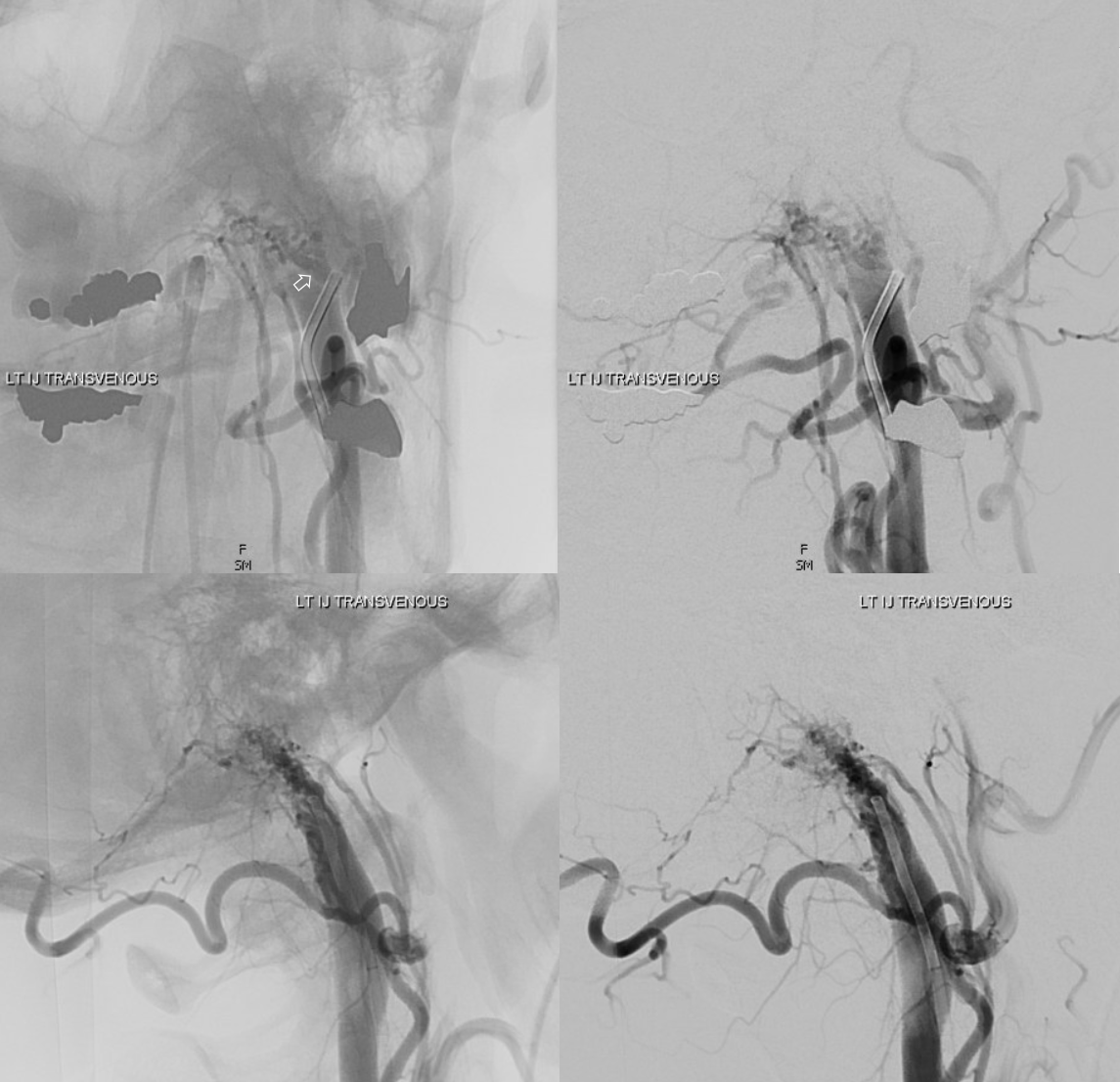 The pressure of injection has also re-opened some thrombosed additional outflow however (dashed arrows) — would this be the mechanism by which a fistula like this would recur if treated by say coiling of the Y-channel? We will never know, but usually recurrence after immediate angiographically complete occlusion by transvenous embolization is extremely rare.

Post transvenous Onyx embo — given the newly opened second venous drainage pathway the Onyx embo was carried out more aggressively than usual for superselective treatments — permeating the whole fistula network and into the new vein. Certainly, one can penetrate into arteries from this position, just like in transvenous AVM approaches.  In this case, there is no nerve or other issue after complete embolization 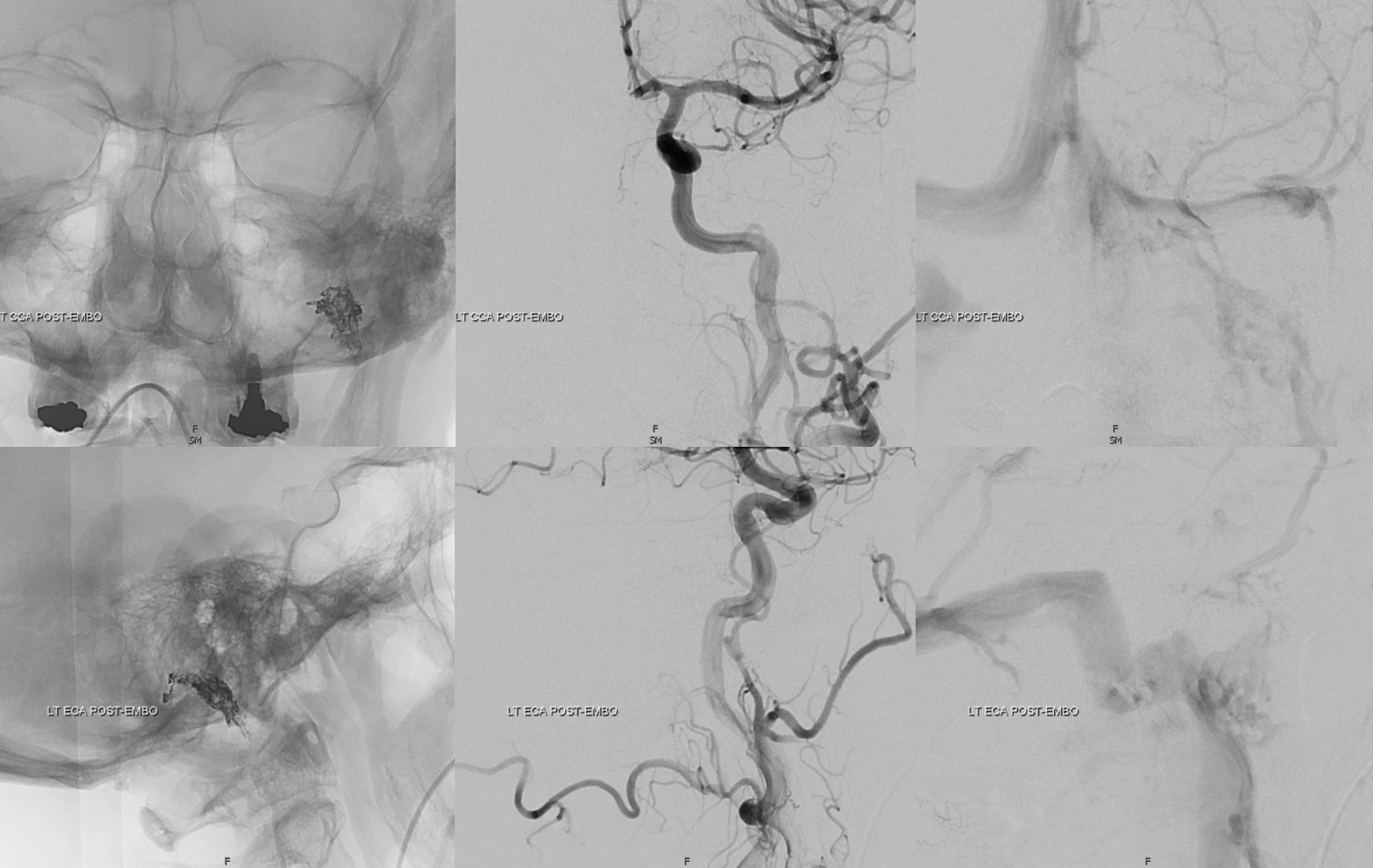