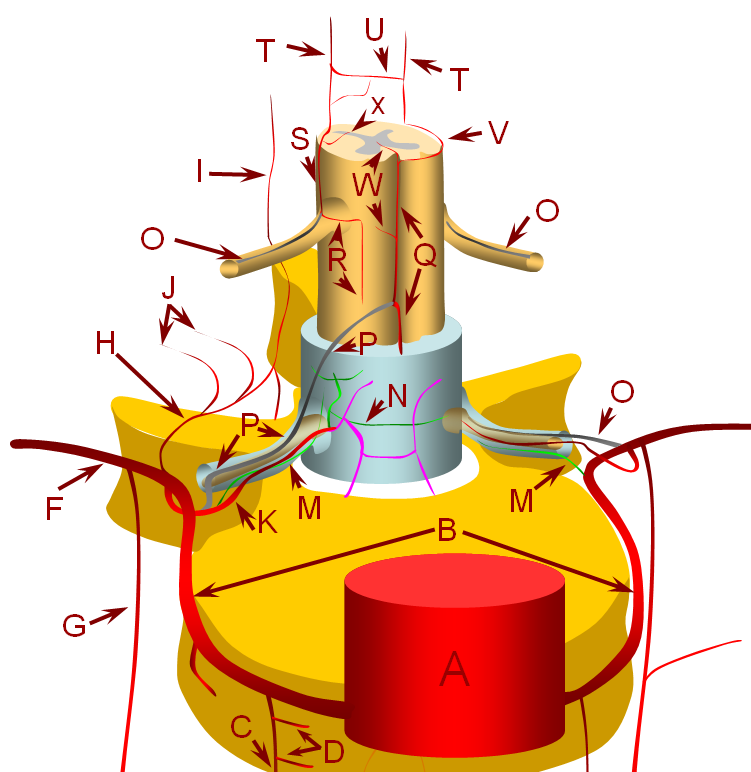 This section is intended as an introduction to the (daunting) topic of spinal vascular anatomy.  As interventionalists, we usually deal with two broad types of spinal issues — various vascular malformations and tumors.  In the former group, we are mainly concerned with fistulas (dural, pial, cord) — not because of their frequency but rather because of potential curability.  In the latter category,  various presumably vascular tumors are subjected to embolization prior to surgical resection.  In both cases, vascular knowledge is paramount, but certainly the malformations as a group require a more insightful command of anatomy.  Again, the section below is concerned first and foremost with anatomy, leading into pathology and even then using abnormality as a way to highlight anatomical concepts.
There are three subsections here: Arterial Anatomy, Venous Anatomy, and Spinal Vascular Malformations — which inlcude the topics of Dural AV Fistula, Intradural (Pial) Fistula, Epidural Fistula, Spinal Cord AVM, Metameric AVM, Spinal Aneurysm, etc.