Diploic veins are veins in the diploic space of the skull — the space between inner and outer tables.  They are depicted in all kinds of atlases.  However their importance in draining the brain is generally under-appreciated.  Just like suboccipital / condylar veins can be as big as a jugular, so can emissary veins carry a ton of flow.  They are very variable — some people have very prominent ones, others don’t.  Generally, i believe that their prominence is inversely proportional to size of the superior sagittal sinus — they are the natural regional collateral — the smaller the sagittal sinus, the larger the diploic veins — roughly speaking.  But it is important for surgeons to know of them especially when craniotomy is the game.

What is their importance?  Sometimes, they are just a variant that leads to perhaps more bleeding from skull during surgery.  Other times, however, it is a sign that traditional veins are somehow hypoplastic or compromised.  The more constraint on usual veins/sinuses, the more other veins such as diploic ones have to contribute.  In extreme cases they become functionally indispensable.  Taking them down risks venous stroke.

Diploic veins are super easy to see on an xray of the skull –because there is an edge between the vein and skull itself.  They look like lucent tracks running from top to bottom of skull, like tracks burrowed in wood by insects.  Their location is different from expected suture lines, and they are generally wider than either suture lines or meningeal artery grooves.  On angiography, they typically opacify later than venous sinuses because of the time it takes for the contrast to traverse via the emissary foramina into and through the diploic space.  They are easy to differentiate from soft tissue emissary veins which run on the outside of the skull because these do not produce grooves in the skull.

What is the difference between diploic and emissary veins?  Diploic ones stay in the skull. Emissary veins are “emissary” — they go through and through the skull to end up in the soft tissues.  When a diploic vein exits the skull it becomes an emissary vein. 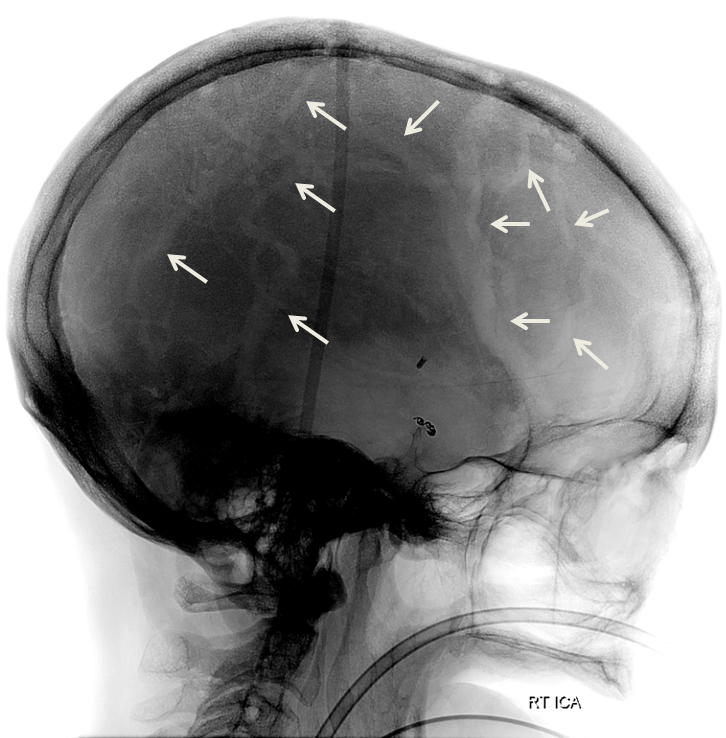 Because of some eye trick effects, they are easier to see on a black background of old-time x-rays 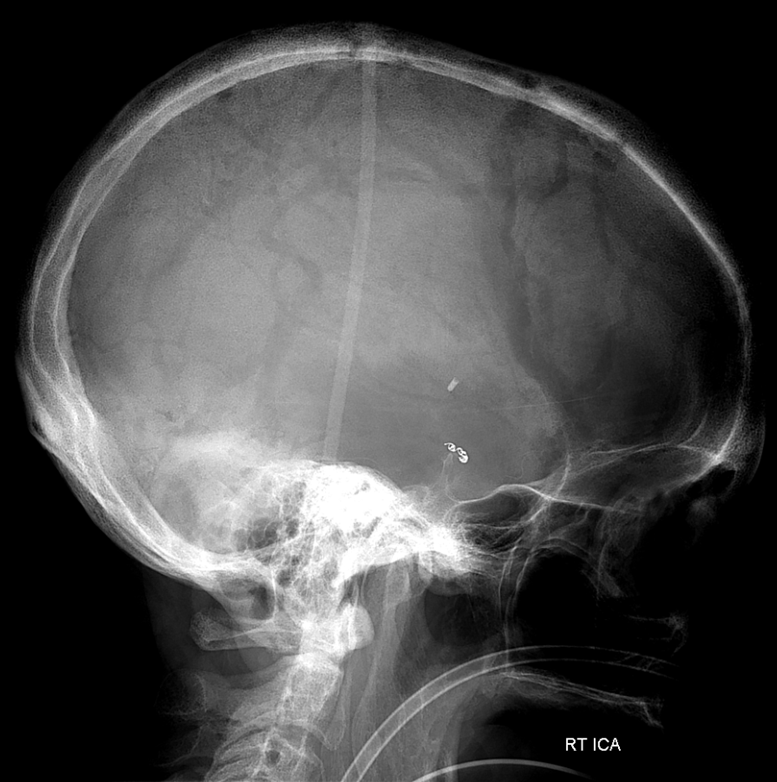 Since we don’t usually look at skull x-rays too often (and ignore all kinds of useful info on them when we do angiograms, as a rule), here is what diploic veins look like on a CT — channels in the diploic space.  Not as strikign as on skull lateral x-ray, however it is the same patient. 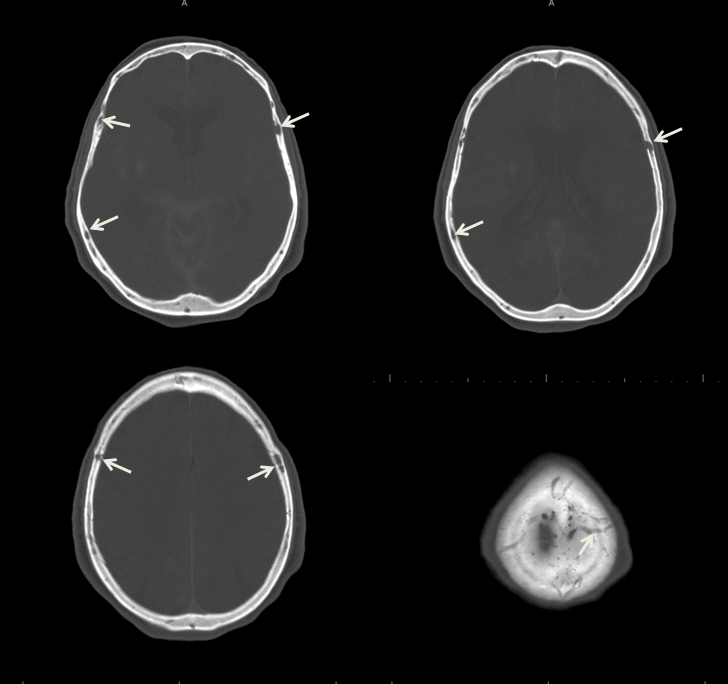 Axial views are best.  Other views are not too helpful 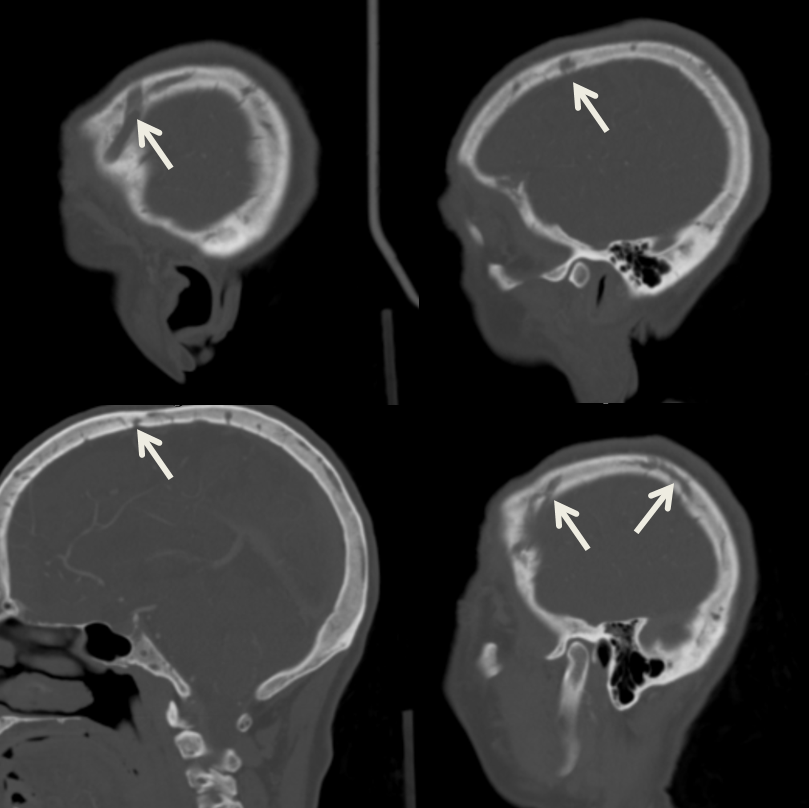 Here is a picture from venerable Gray’s Anatomy 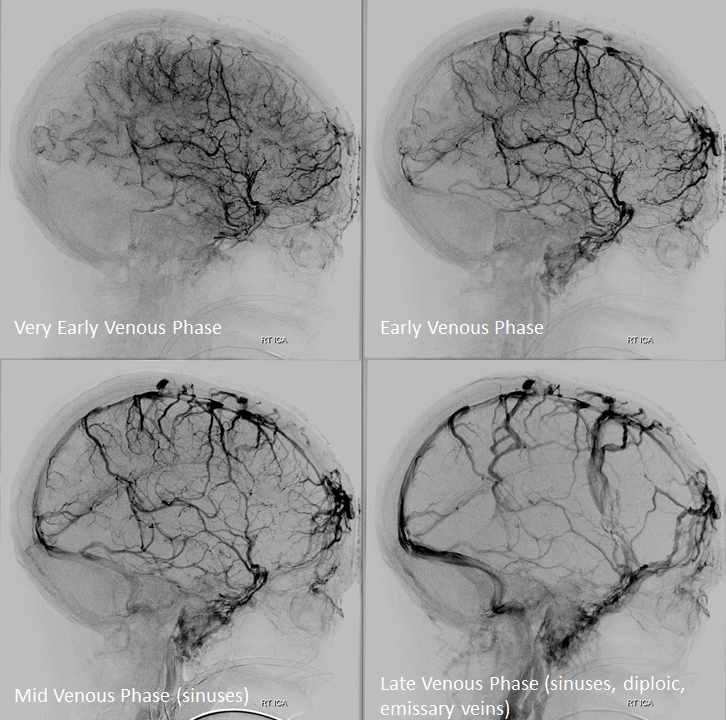 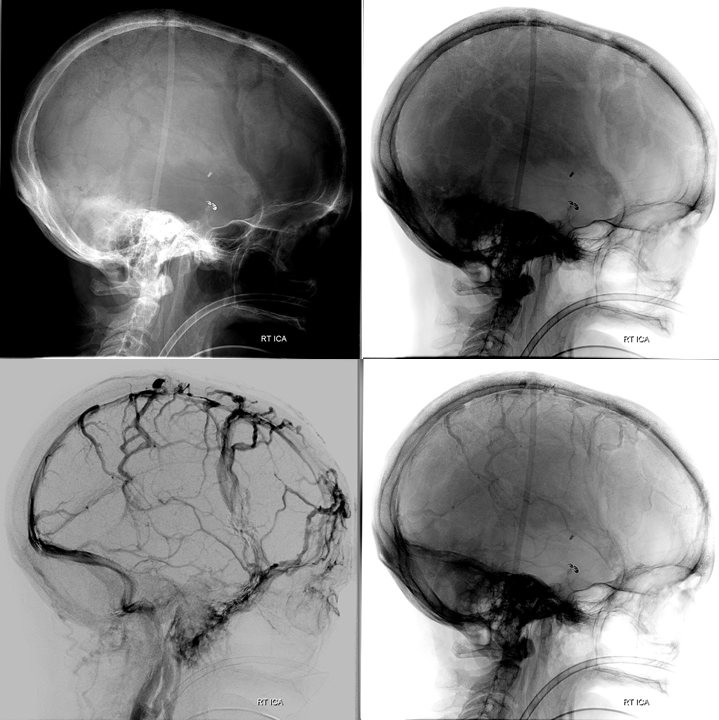 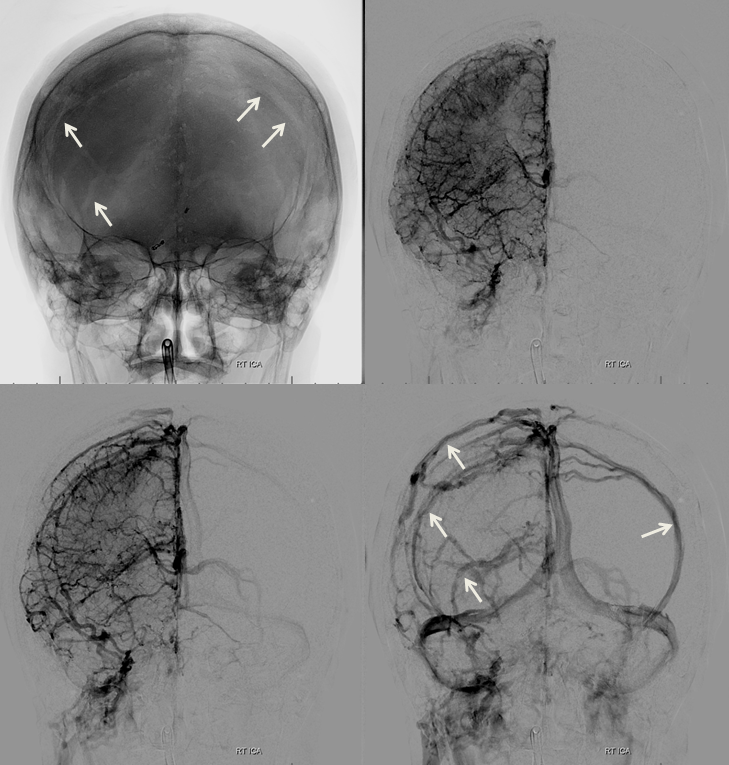 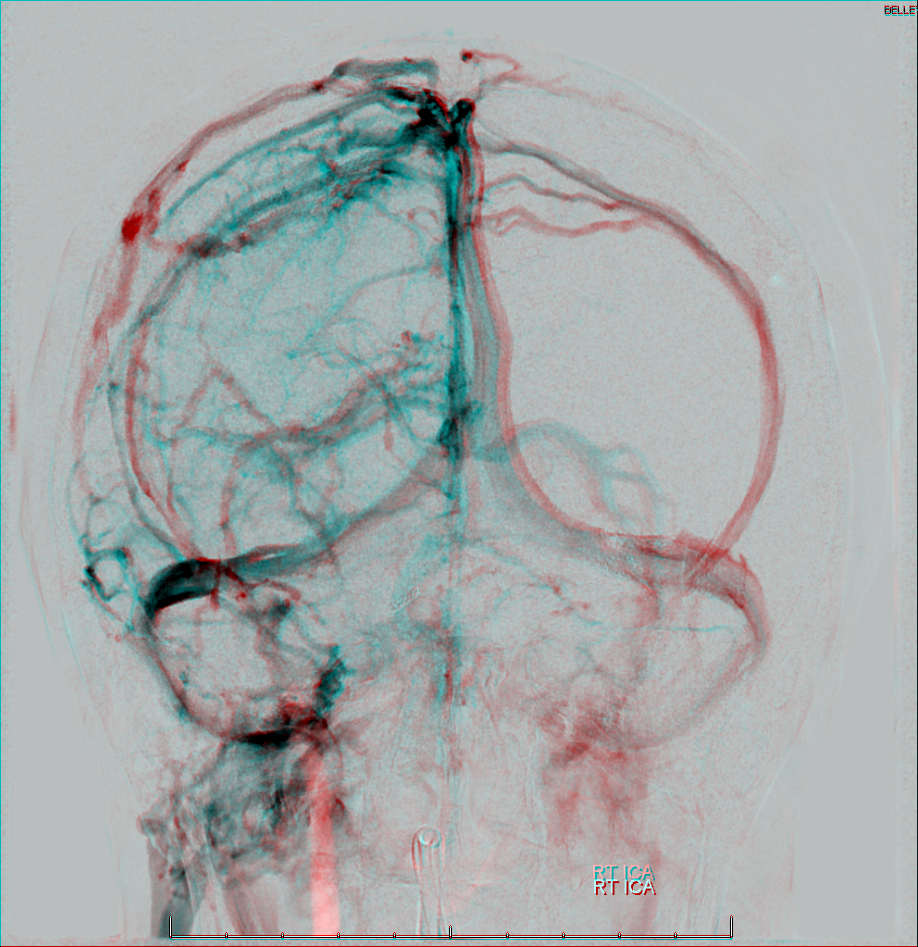 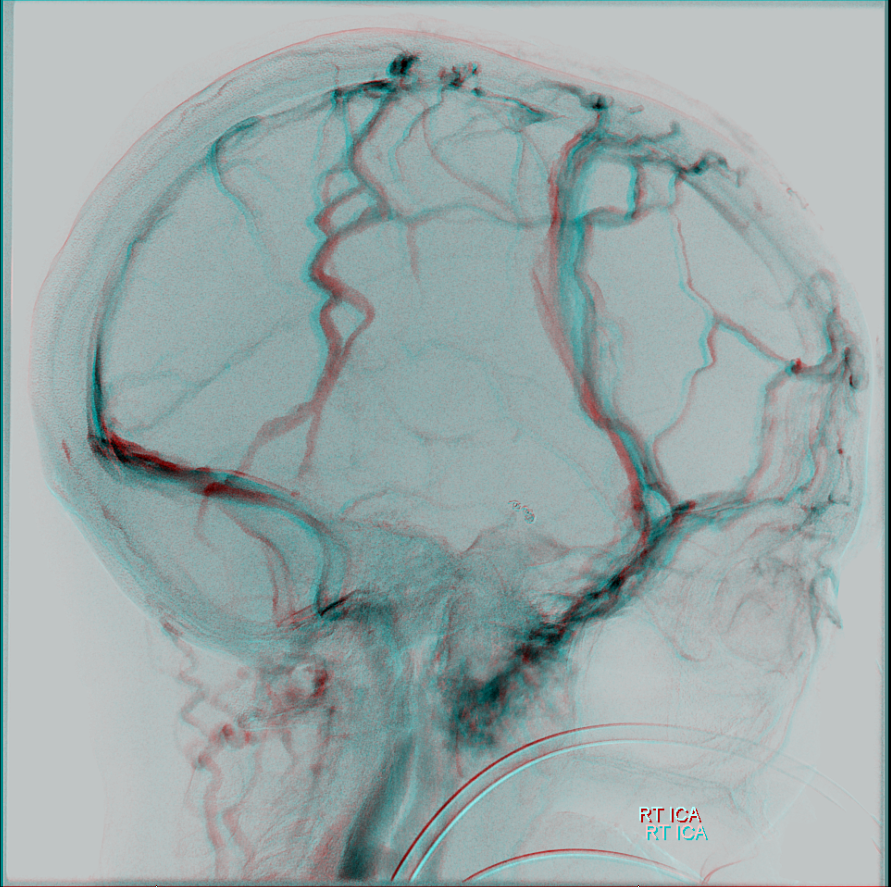 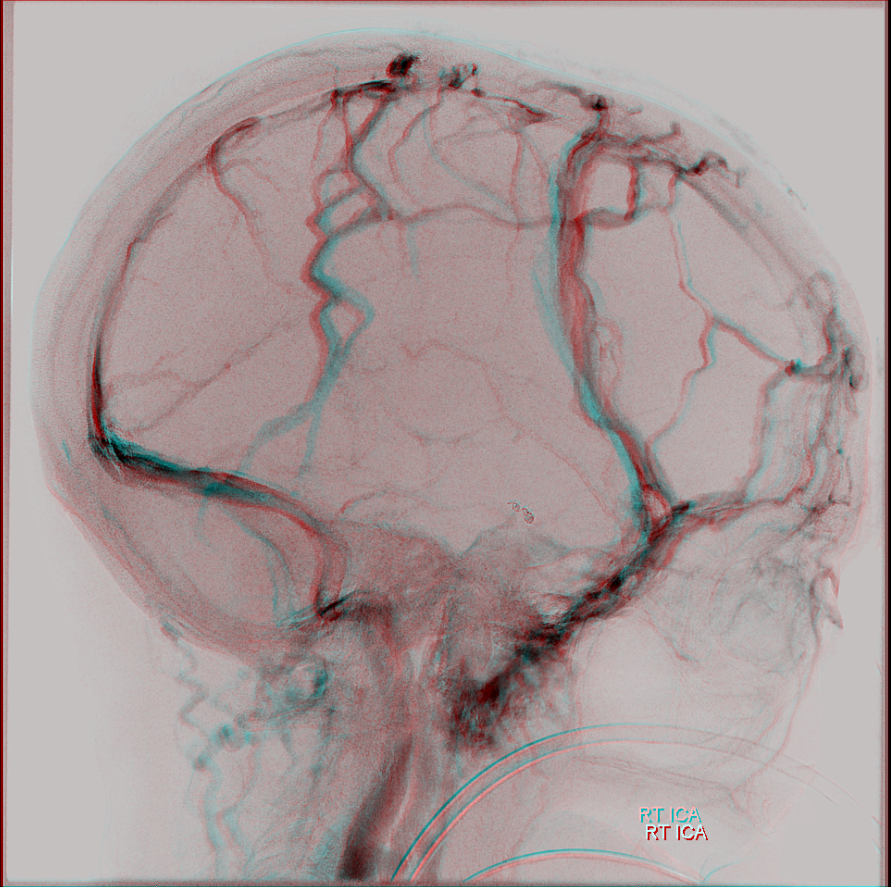 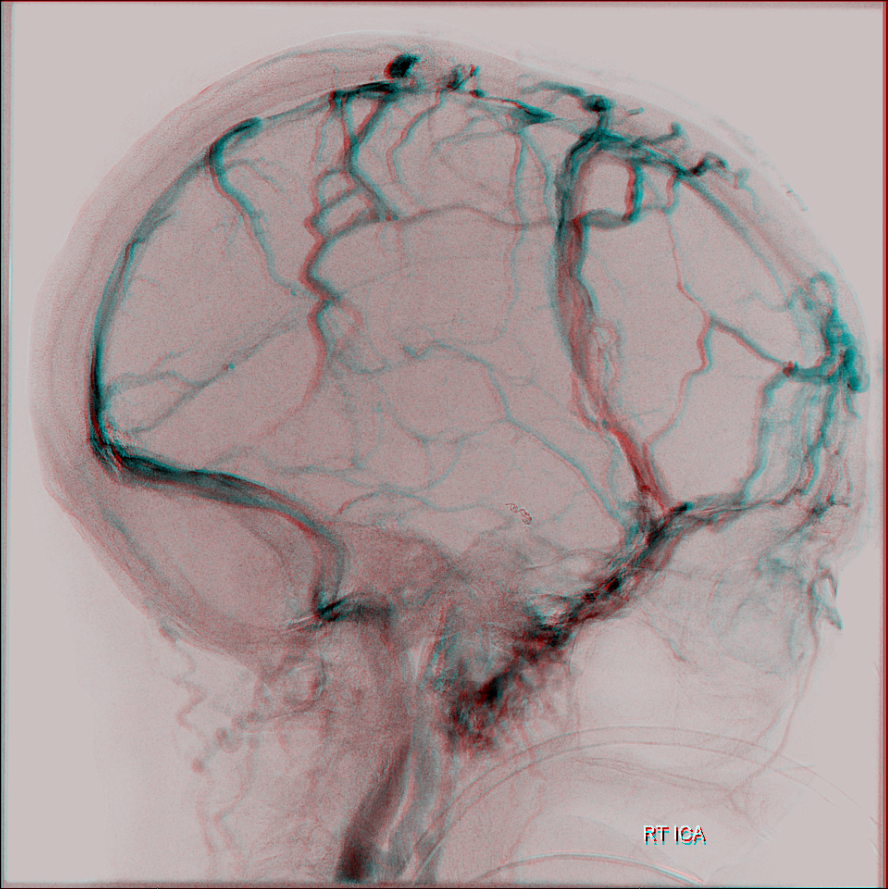 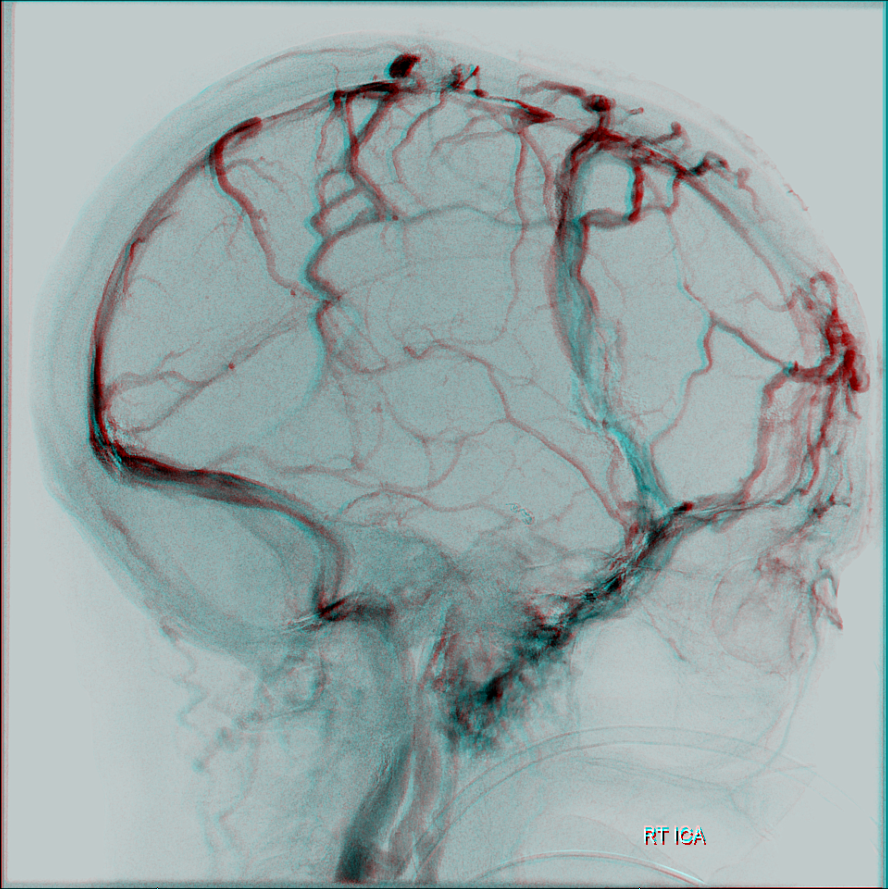 Here are some more examples (one side is marked with black arrows, one with white ones) 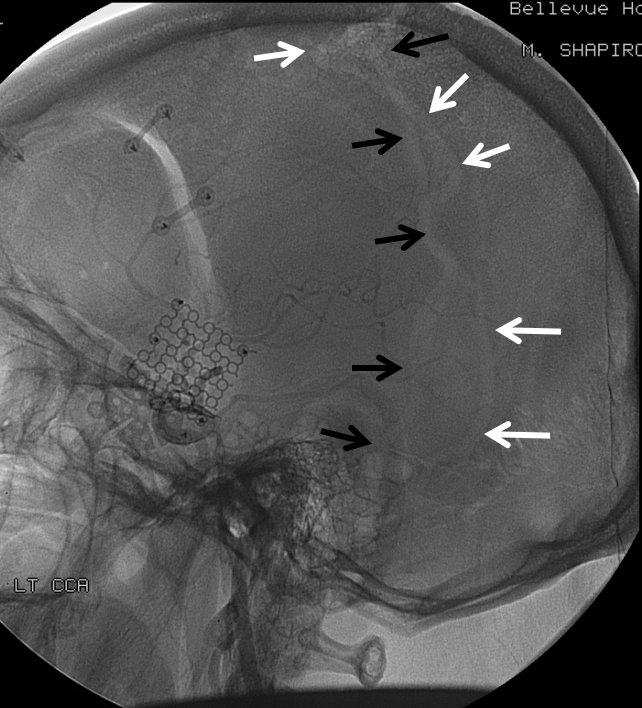 Again, these are diploic veins.  You know they are thinning the skull because of the lucencies they produce (the actual sharp line is due to a bone-tissue interface).  The below digital subtraction angiogram (middle image), in late venous phase, nicely shows the corresponding venous channels filling in the diploic venous spaces seen on the skull radiograph (above and left image).  Venous phase unsubtracted view (right image) shows contrast in the vein, for those who still remain in doubt.  The patient is post clipping of cerebral aneurysm (no relationship to diploic veins…).  It is important to extent the acquisition into late venous phase, since these emissary veins are often opacified quite late.

Stereo pairs of the same: 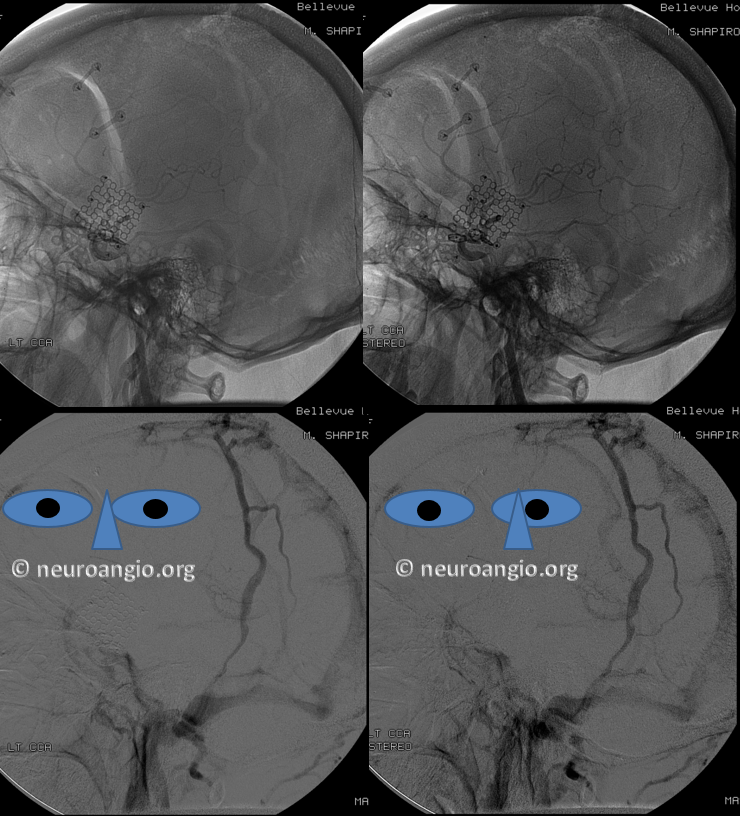 Example of how diploic veins compensate for not having the usual venous apparatus in place.  Here is a patient referred for sclerotherapy of facial venous malformation.  There are two parts, upper temporalis (white arrows) and cheek/buccal (white arrowhead) 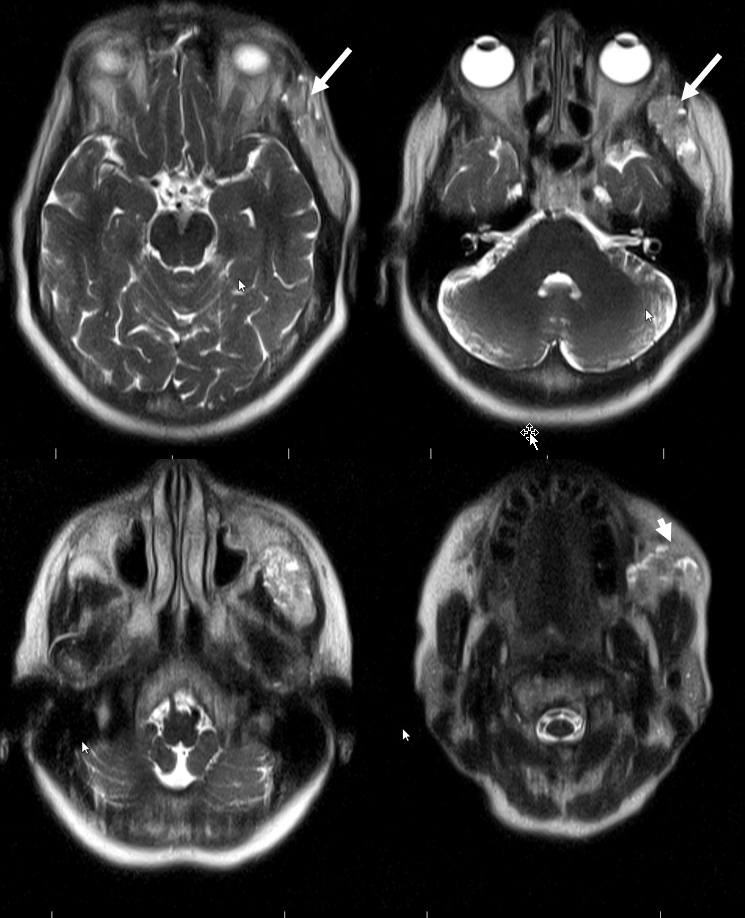 Postcontrast MRI.  Same arrows.  The arrowhead points at a phlebolith 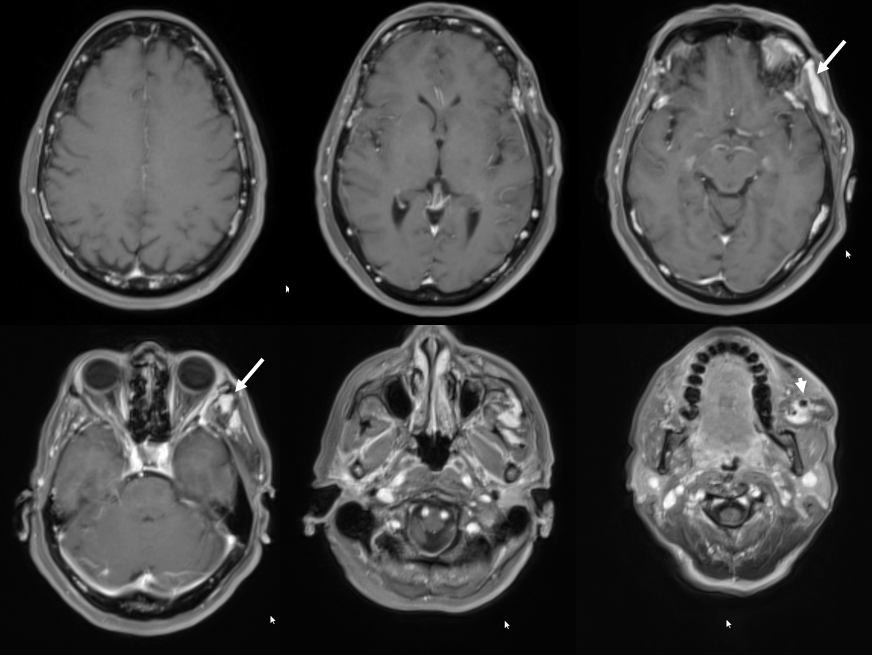 CT shows some contrast in both areas.  there is a lot of heterogeneity among vascular lesions, but this much contrast in a late CTA kind of setting is a bit unusual 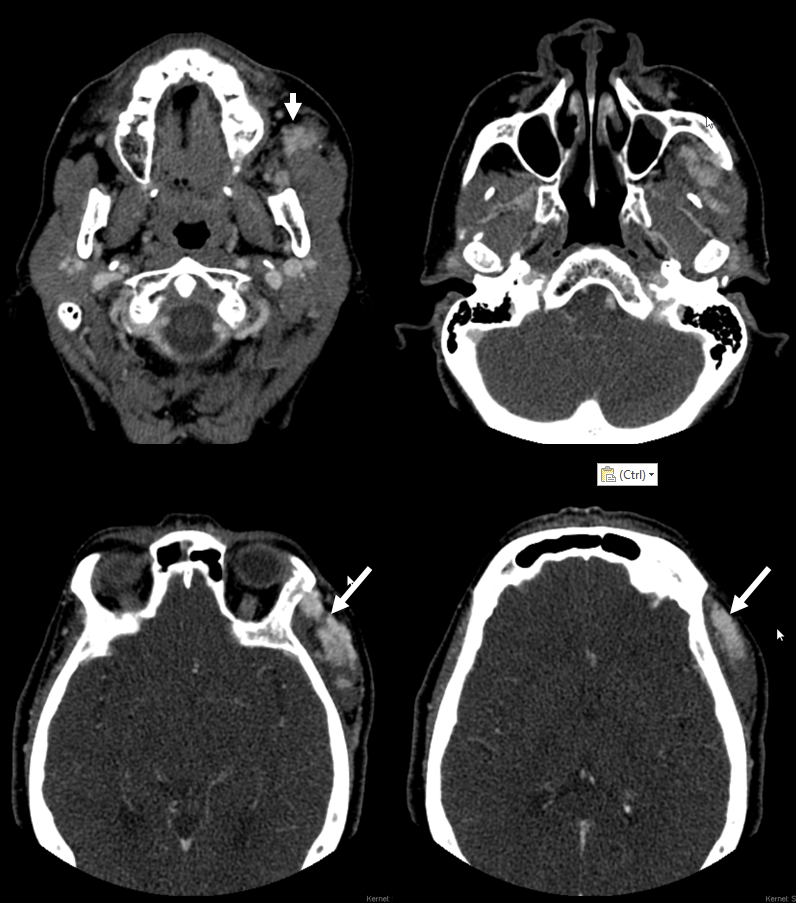 We, fortunately, do an angio.  The right side is OK 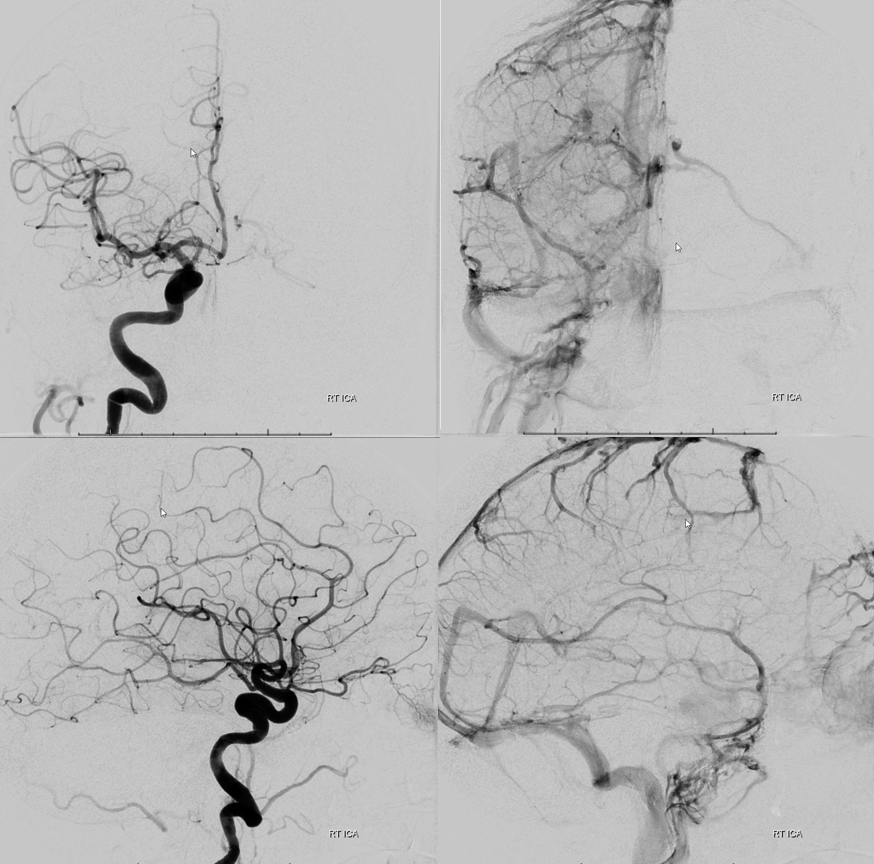 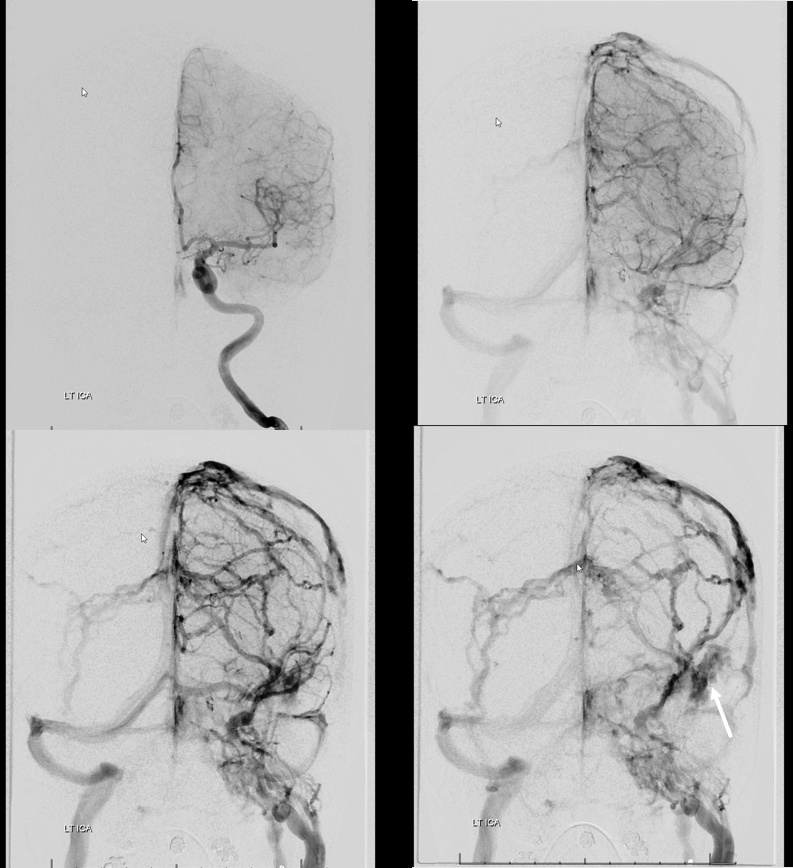 Lateral views.  Arrow points to the same point as on CT and MR studies above.  There is hypoplasia of the frontal portion of the superior sagittal sinus. The frontal lobe drains via multiple diploic/emissary veins into the same venous pouch in the temporalis region. 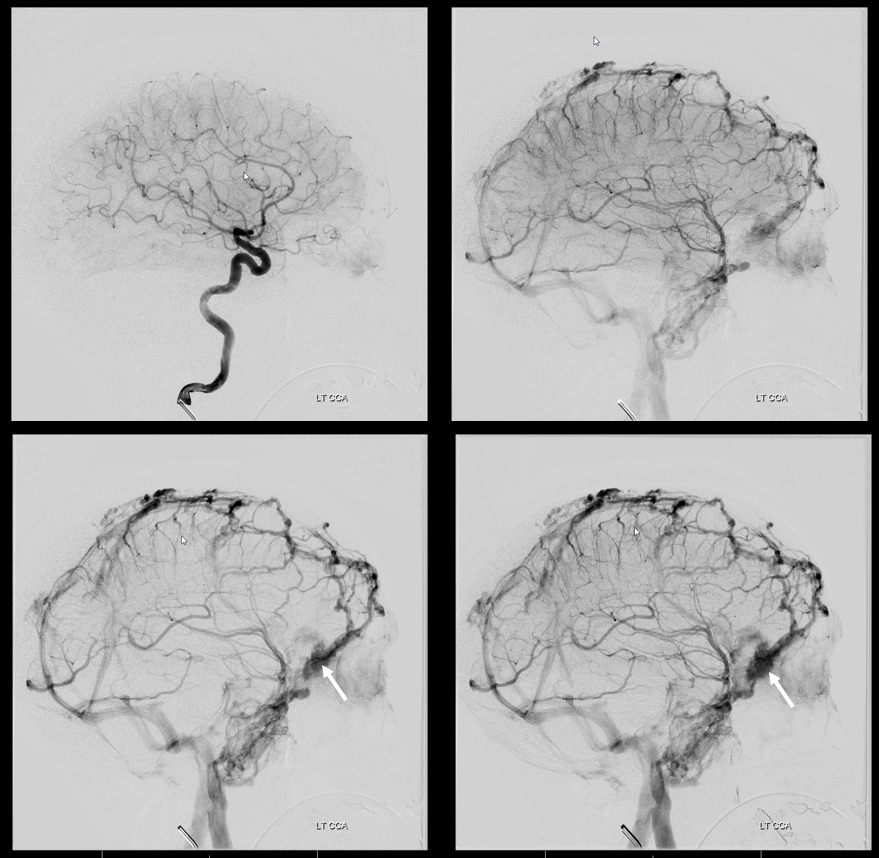 Dyna CT of the left ICA injection.  Yellow arrows point to diploic venous lakes/channels which ultimately drain into the pterygopalatine fossa and into the temporalis region. 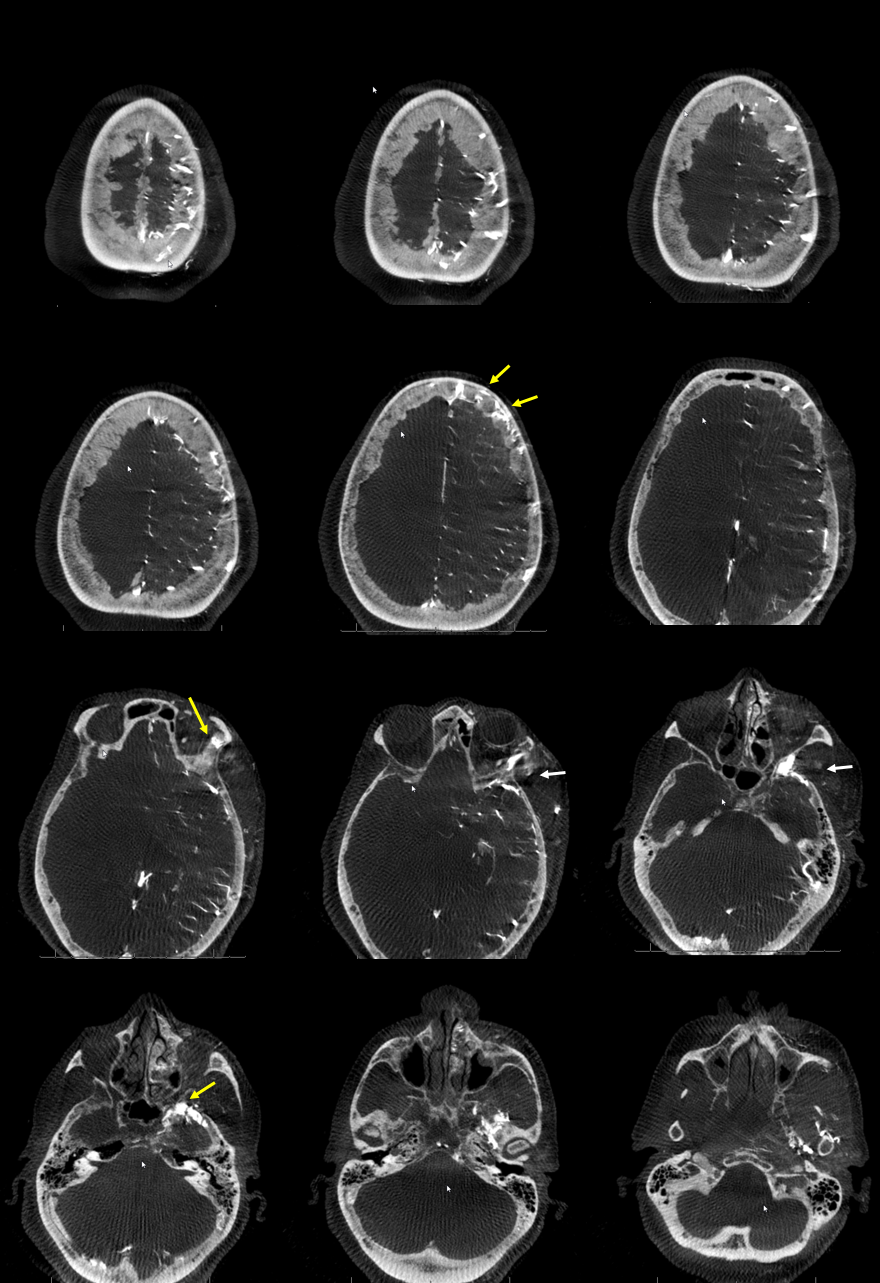 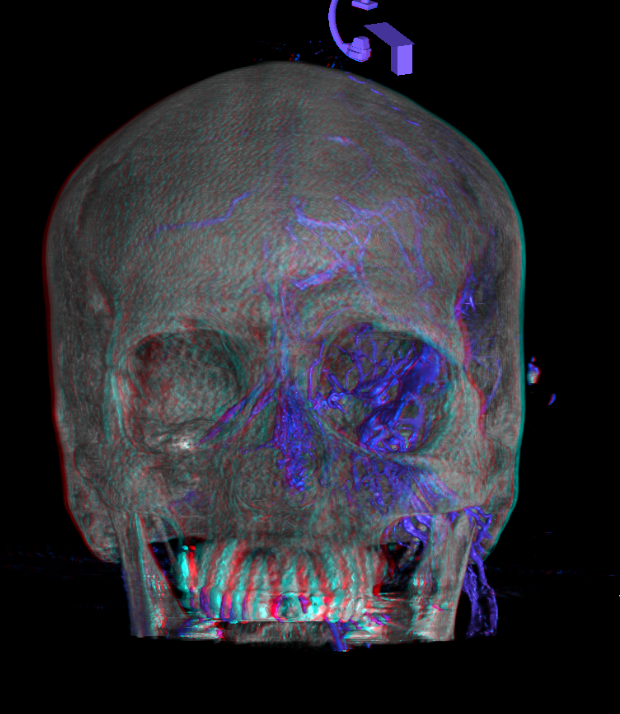 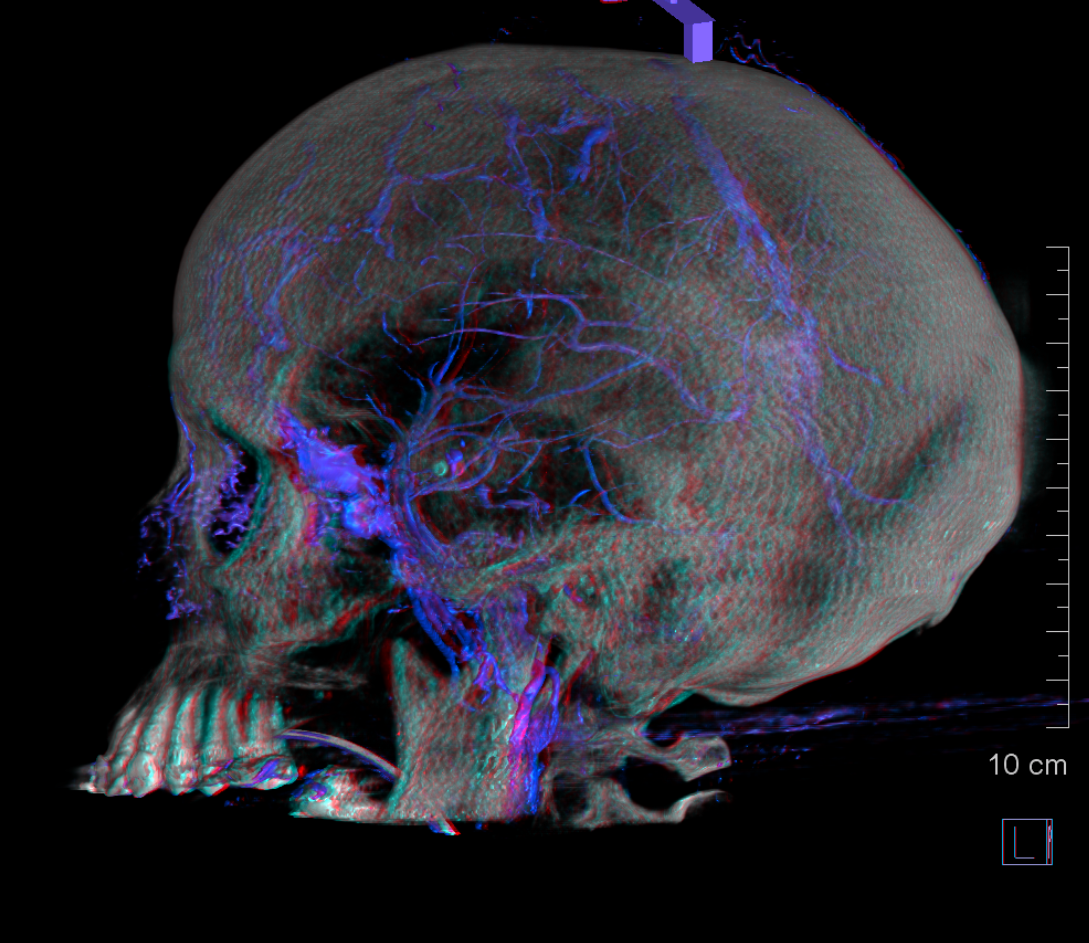 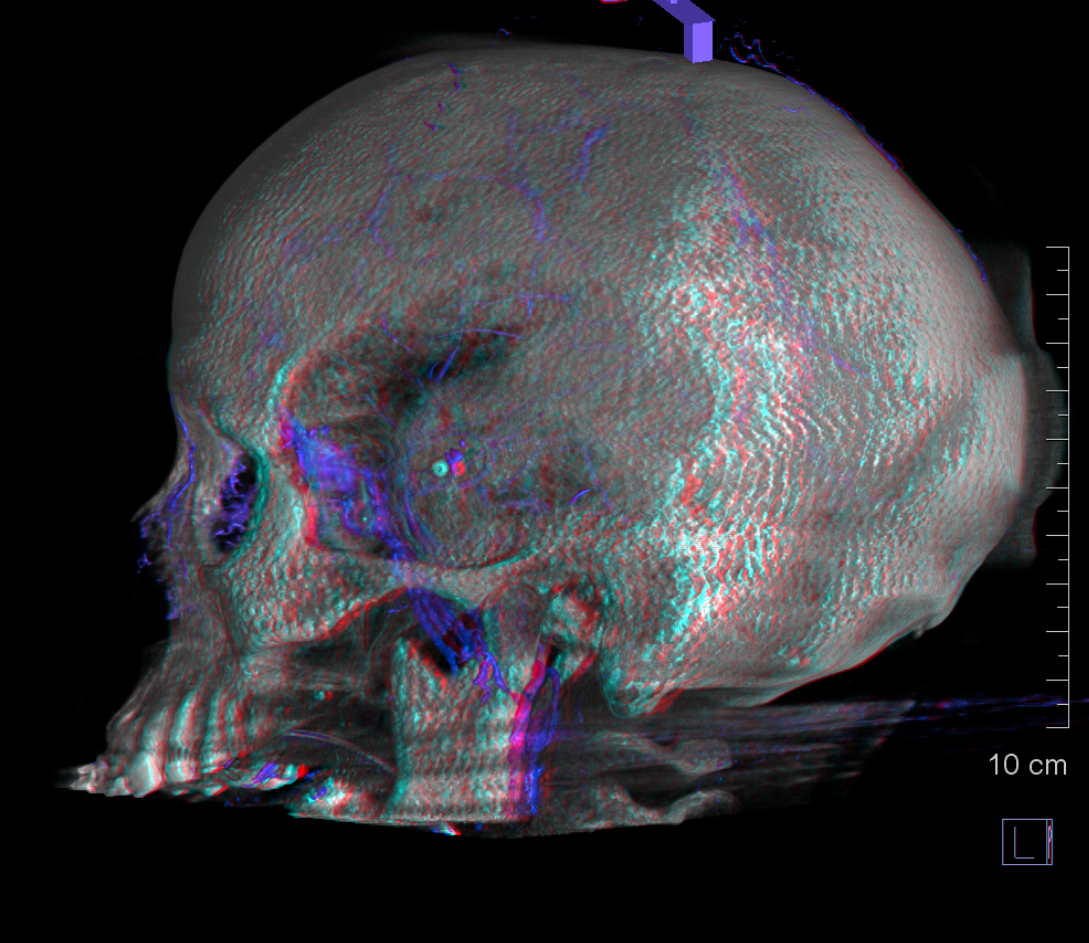 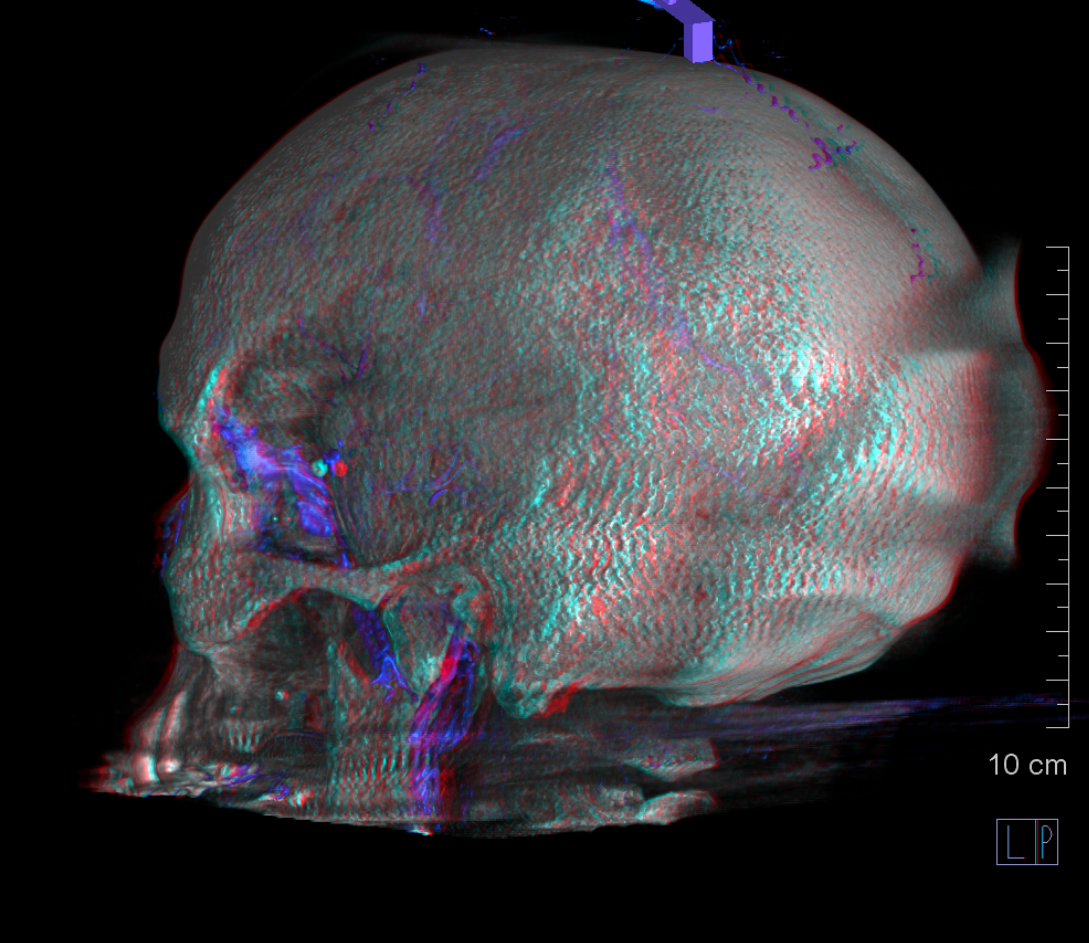 Conclusion is that the temporalis abnormality is not a venous vascular malformation but rather functionally necessary venous egress for left frontal lobe. Thus, sclerotherapy was only performed for the cheek region, not temporalis.