A typical ischemic stroke case, except that even among the typical, no two are alike.  This case, like many others, gives insight into the role of collaterals in evolution of stroke

This elderly patient came in about 3 hours after onset of right MCA syndrome. tPA was given. 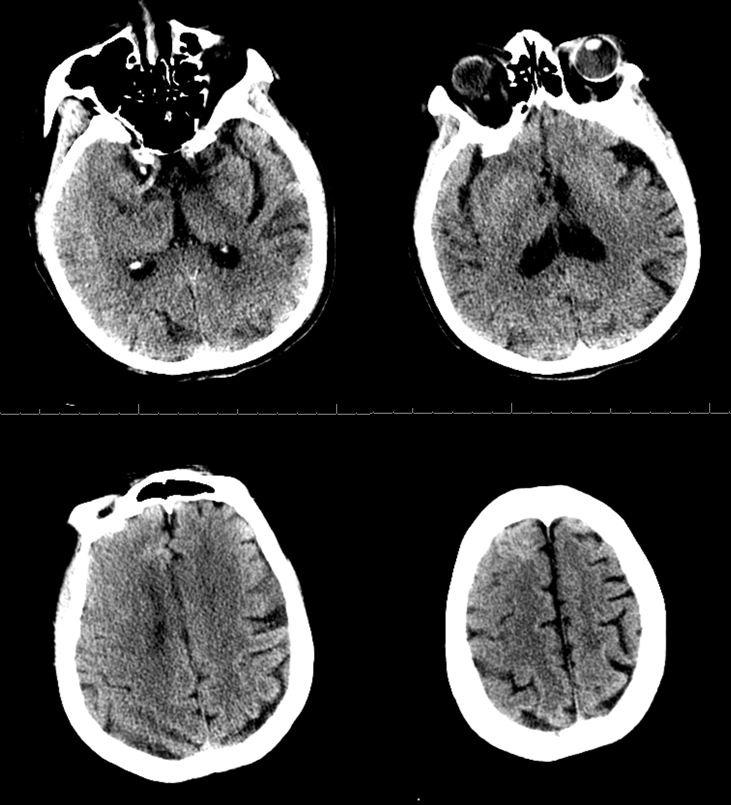 CT Perfusion.  Flow on left, volume on right.  Now this is sobering.  For sure, there is a lot of completed MCA stroke. But some basal ganglia seem intact.  For those familiar with perfusion, it would seem that the clot should be in the distal M1 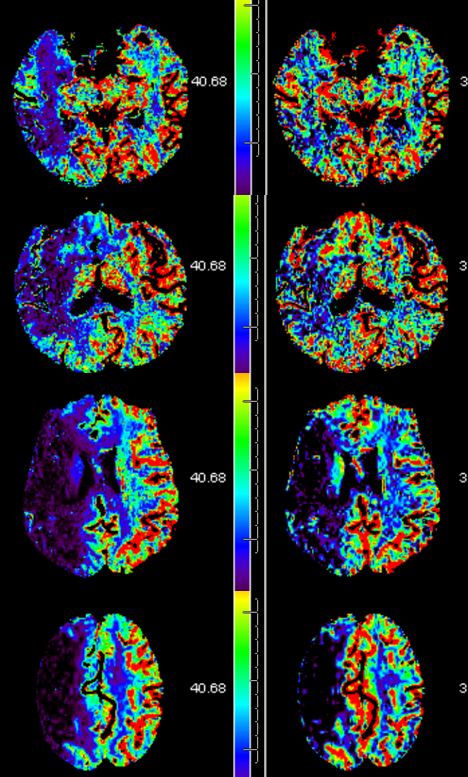 CTA however shows a carotid terminus or even more proximal occlusion.  Also of interest is the fact that the left A1 seemed to be absent on the CTA, however both pericalossal arteries are filling. 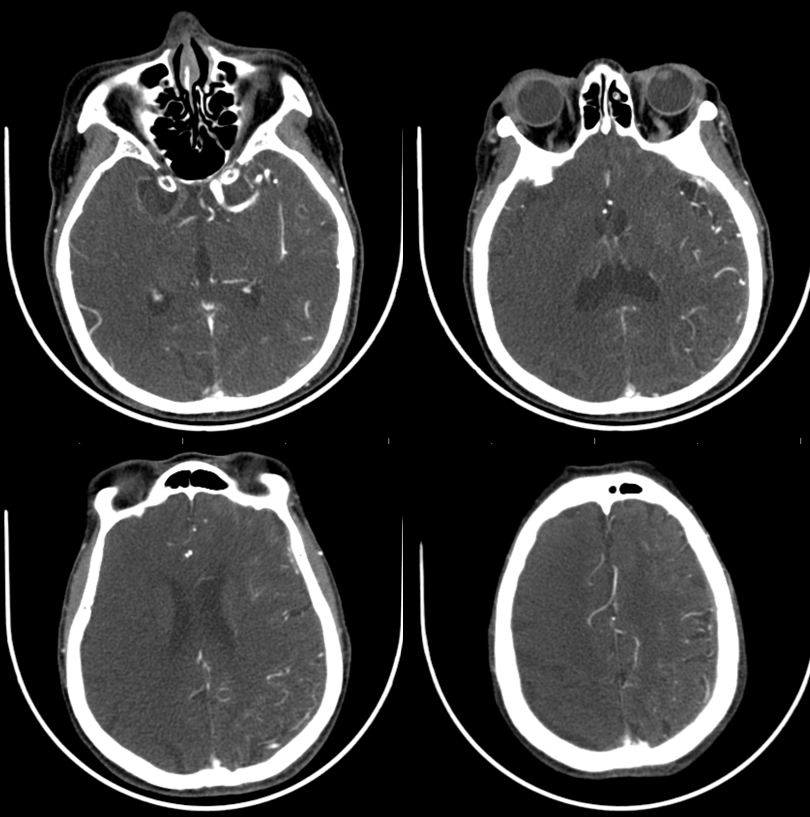 Angio of left CCA shows the full extent of problem.  The left A1 is in fact developmentally hypoplastic.  The whole left ACA territory is supported by MCA/ACA leptomeningeal collaterals (middle images) which backfill the ACA and even spare the bare minimum of flow into the right ACA territory (frontal image, venous phase). The tragedy here is that this person has excellent leptomeningeal collateral potential.  Unfortunately, she happened to have a dominant right A1 segment, which was also occluded by the embolus, and so could not recruit what would have otherwise been superb right ACA/MCA collaterals to rescue the right MCA territory. 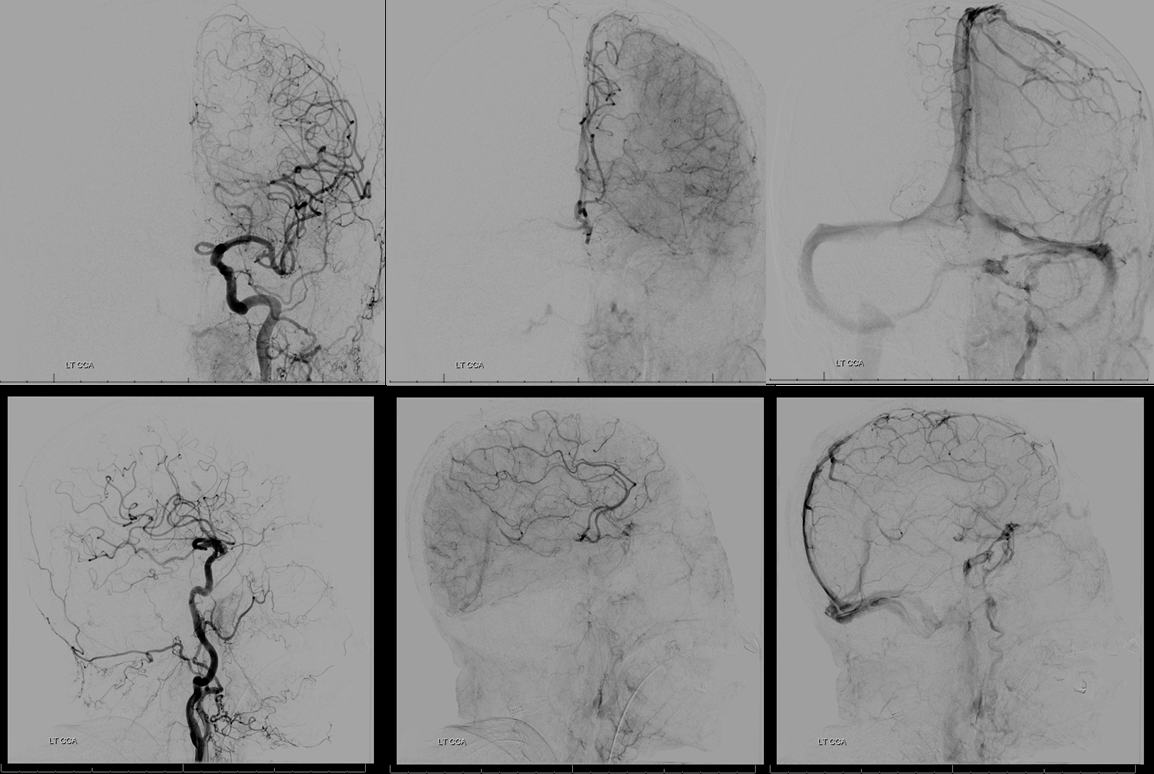 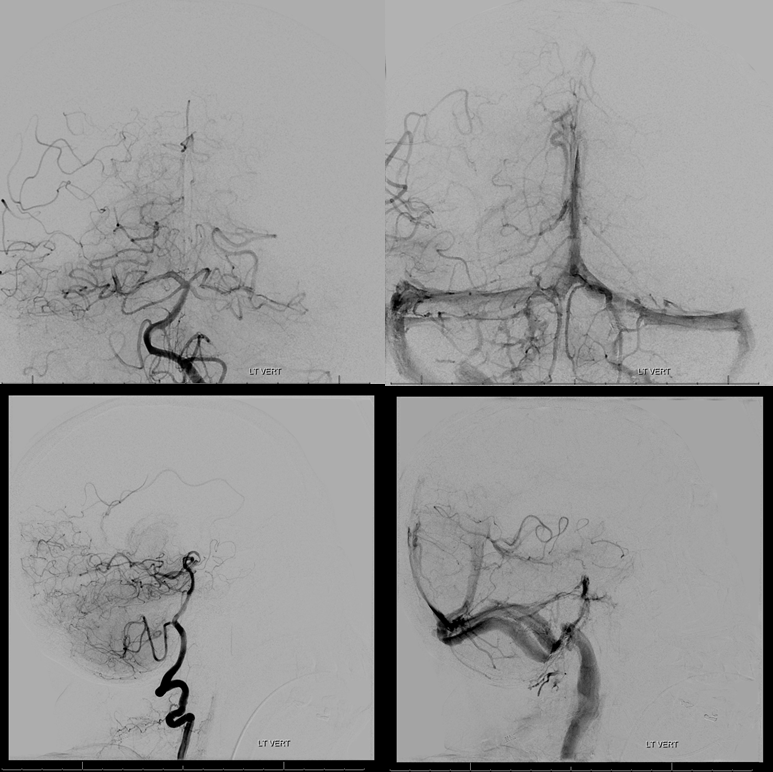 Roadmap of right ICA is obtained.  A few seconds later, contrast has progressed to the supraclinoid ICA site of occlusion (black arrows). A NeuronMax is seen in the proximal cervical ICA 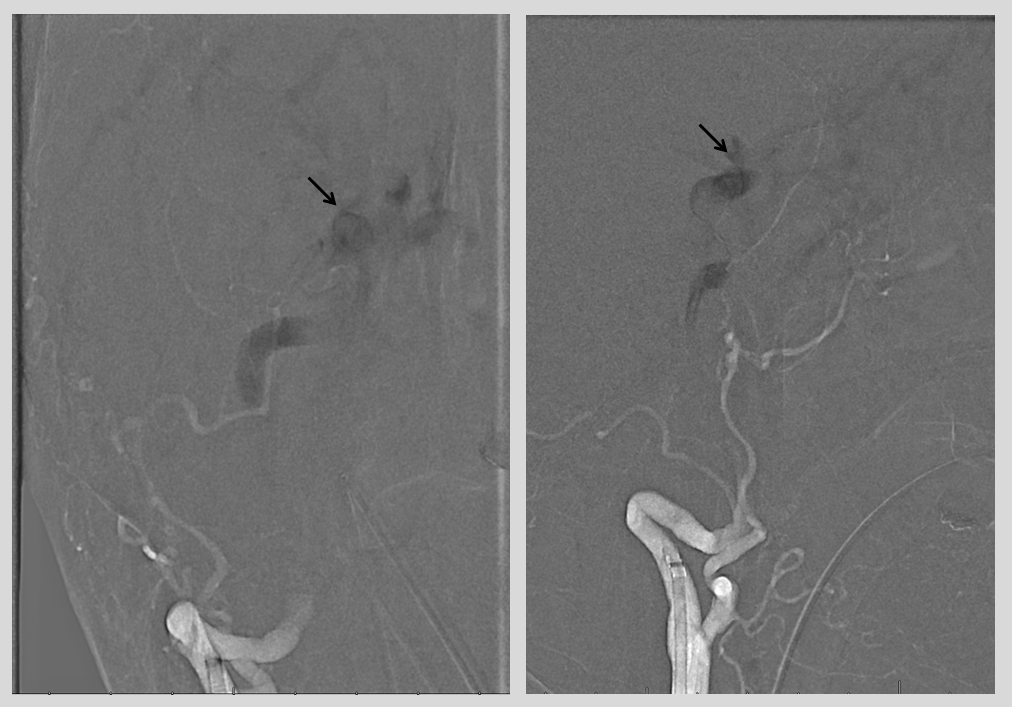 We decided to proceed with thrombectomy as it is our standard to give benefit of doubt in marginal cases.  Sofia 6F is brought into contact with thrombus 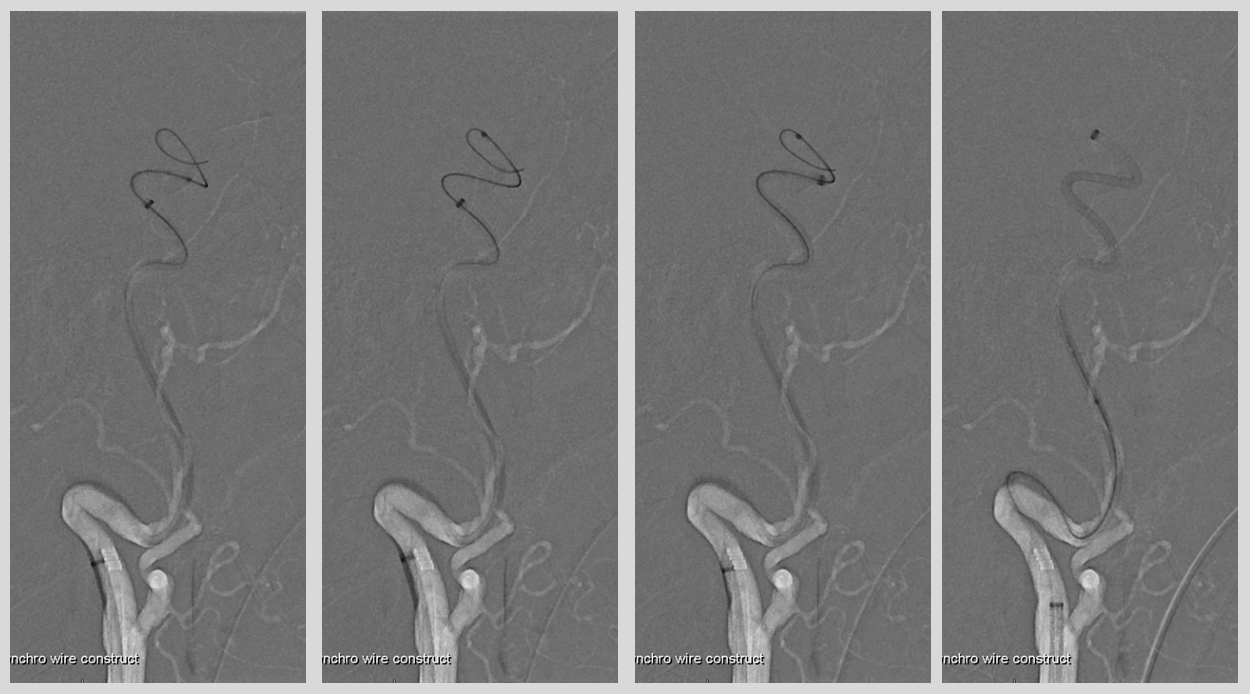 Post-aspiration full MCA reperfusion.  As suspected, there is a dominant and still occluded right A1.  Notice the amazing capacity of leptomeningeal collaterals in this patient, with a barely 1 minute ago reperfused MCA already providing leptomeningeal support to the still occluded ACA territory 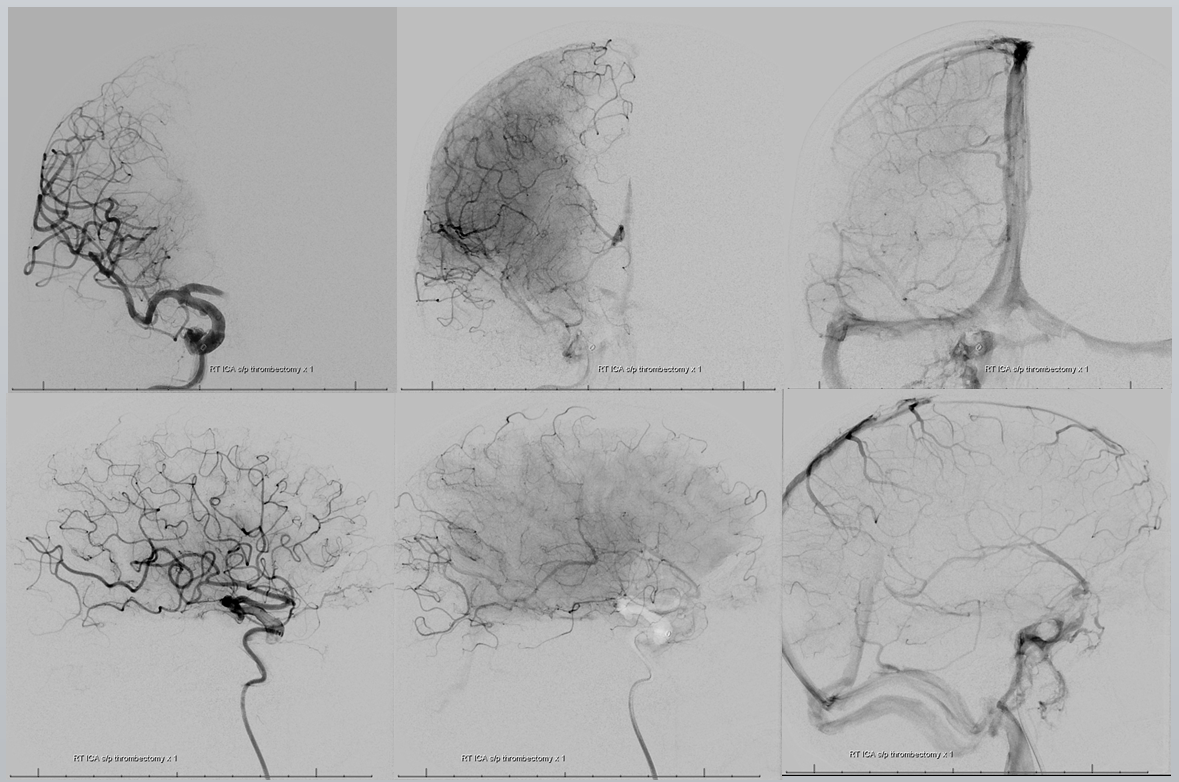 The 6F Sofia is truly an amazing catheter.  Here it is tracked into the distal A1 over Marksman and Avigo 014 wire 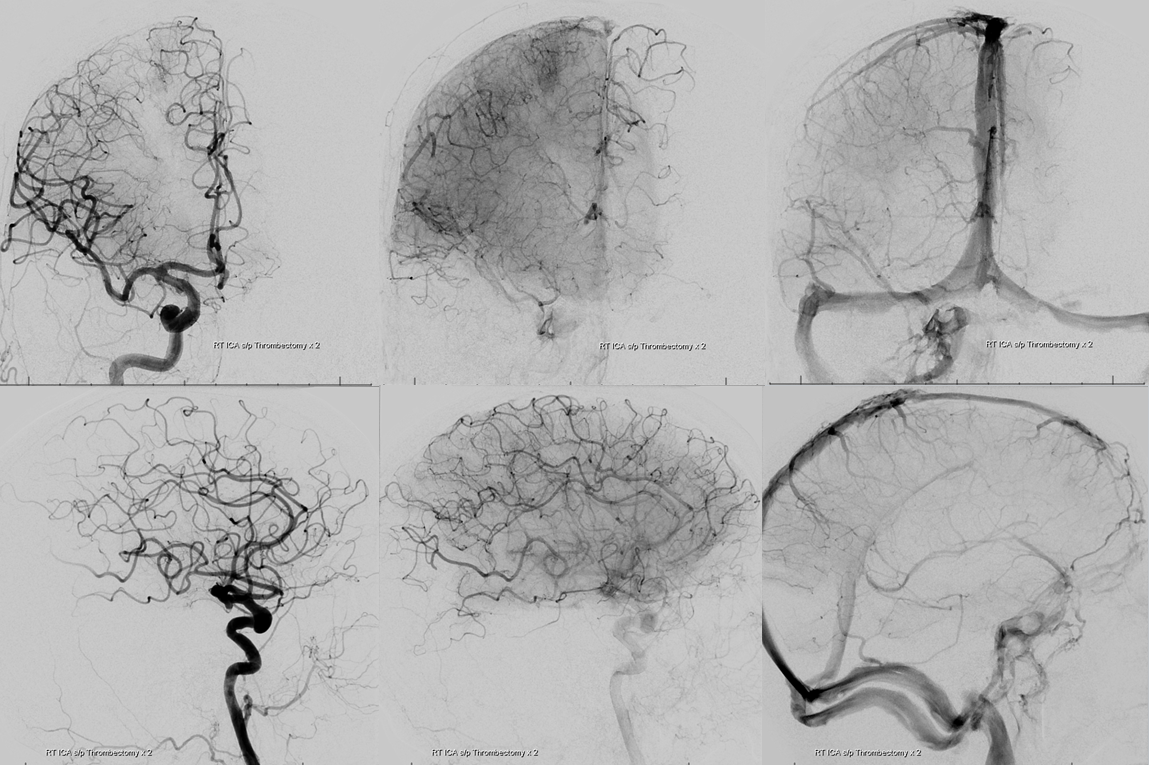 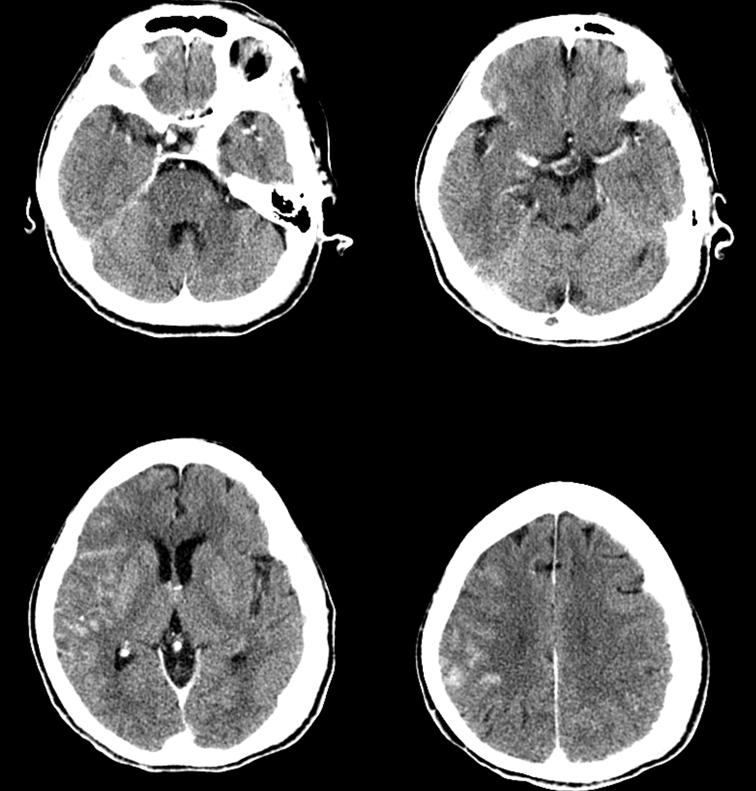 Follow up CT, 24 hours.  There is surprisingly little edema.  Extensive MCA territory infarct with sparing of portions of basal ganglia.  Notice how the final infarct looks exactly like the CBV maps of perfusion 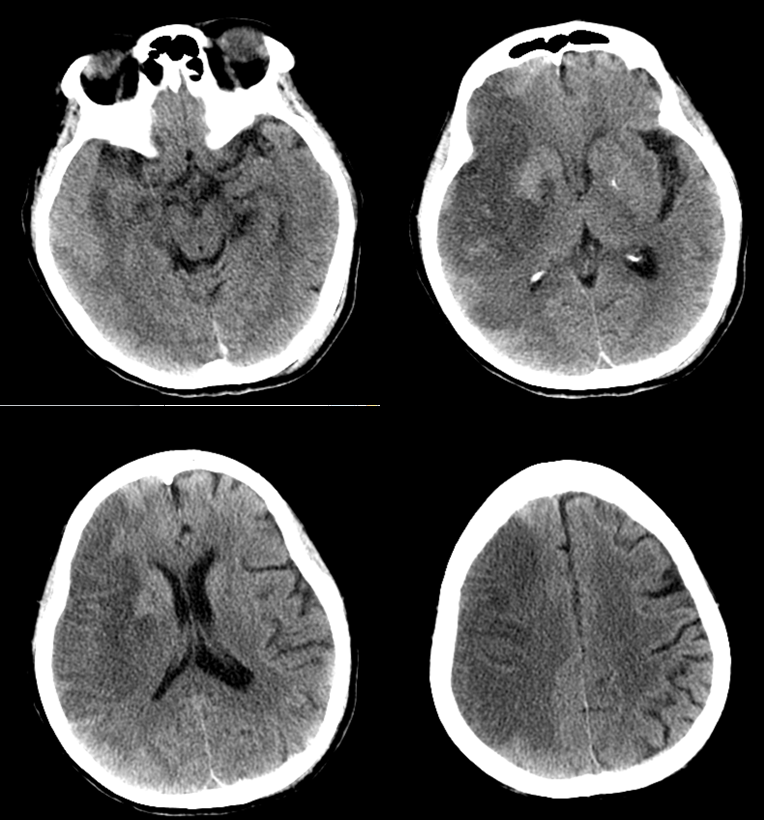 CT three days later.  No hemicraniectomy was required.  Amazingly, the patient now has 4/5 strength in the left leg.  It is likely that some trickle of flow allowed for preservation of anterior choroidal and medial lenticulostriate territories.  How the corona radiata is still functioning I honestly have no idea.  It is a testament to the power of thrombectomy to make a difference even in marginal cases. 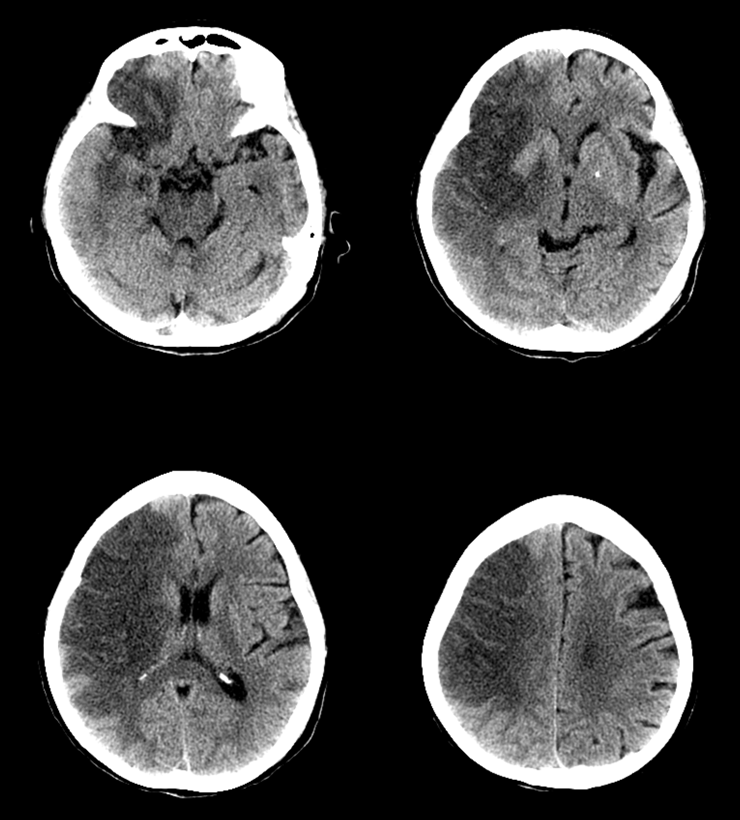 So, in the end, thrombectomy can win some back, even when Circle of Willis anatomy works against good outcome.