SAH, classic filling of the suprasellar cistern, a bit of hydro 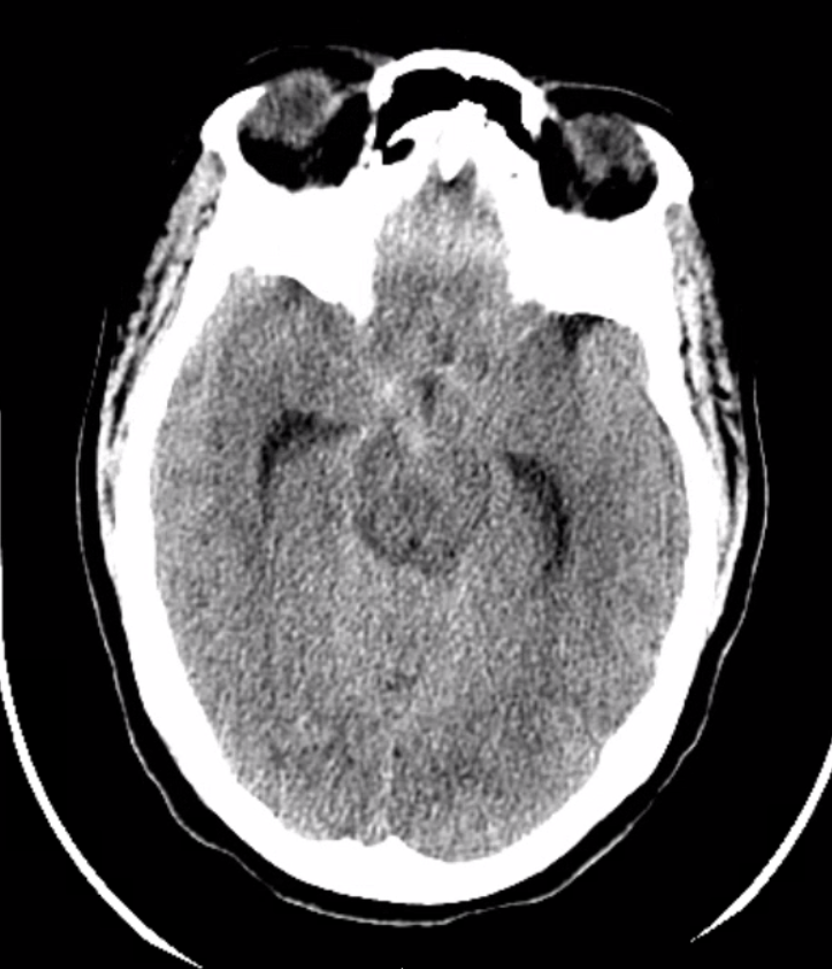 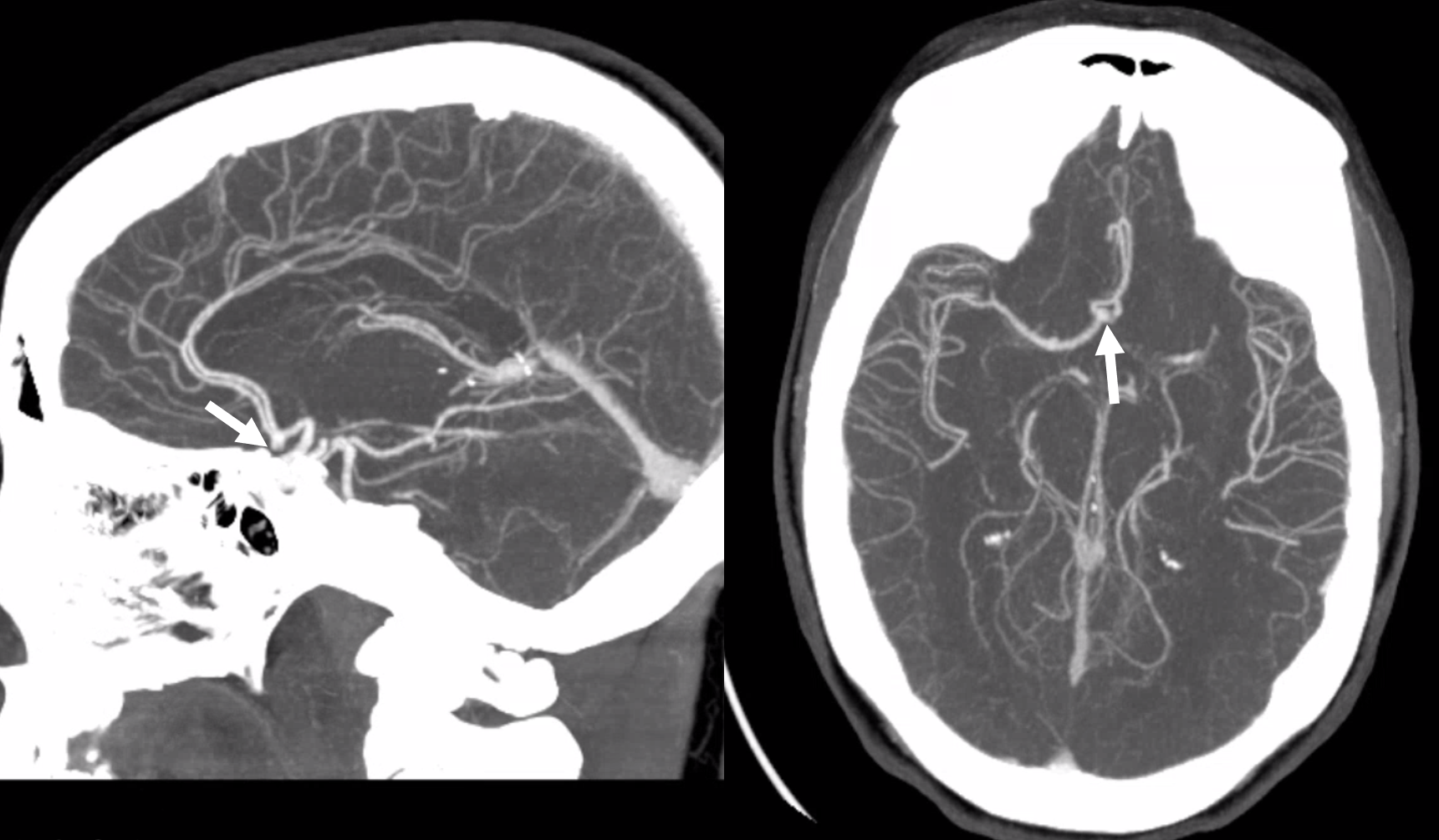 Standard angio views are not impressive 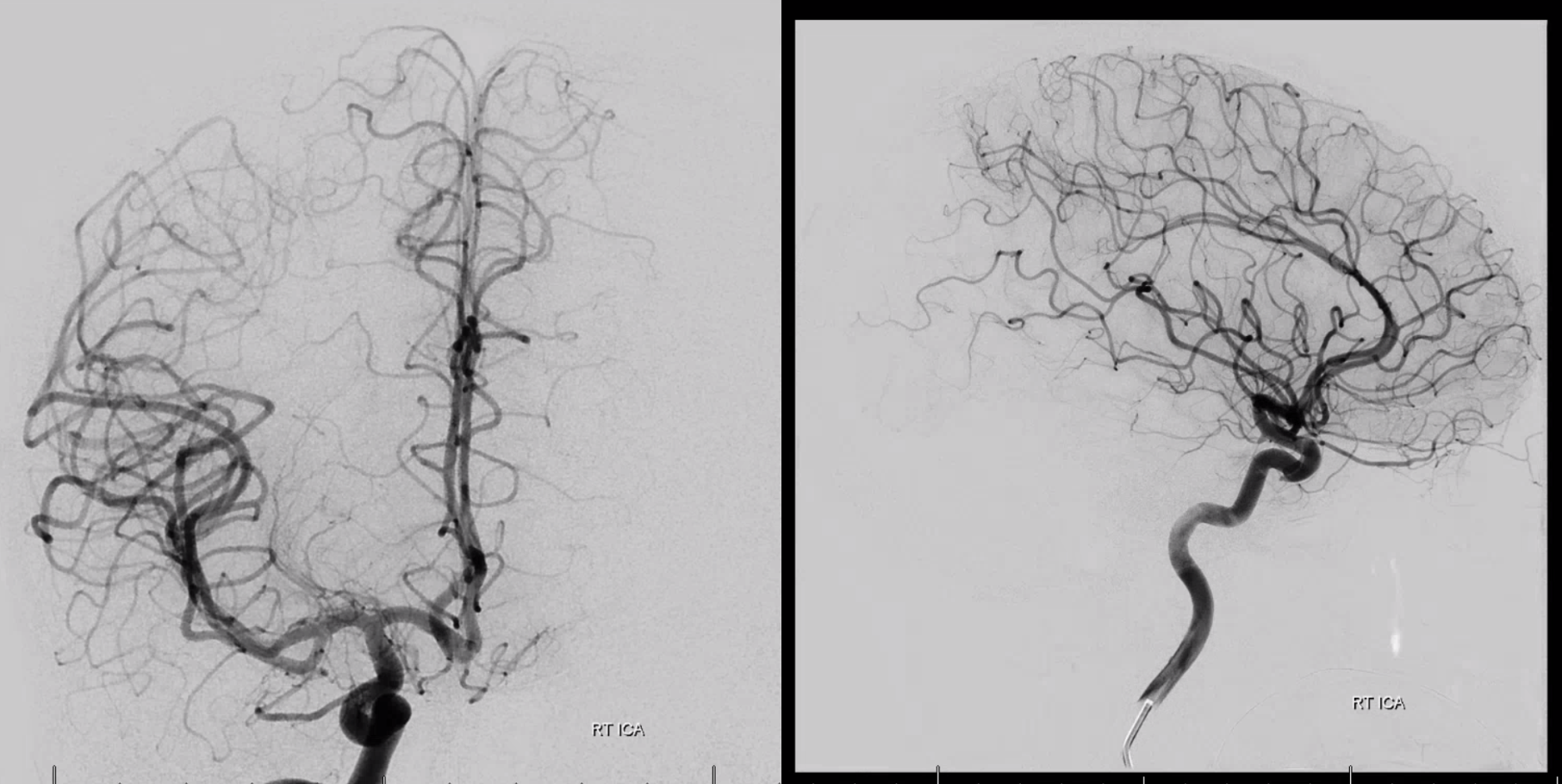 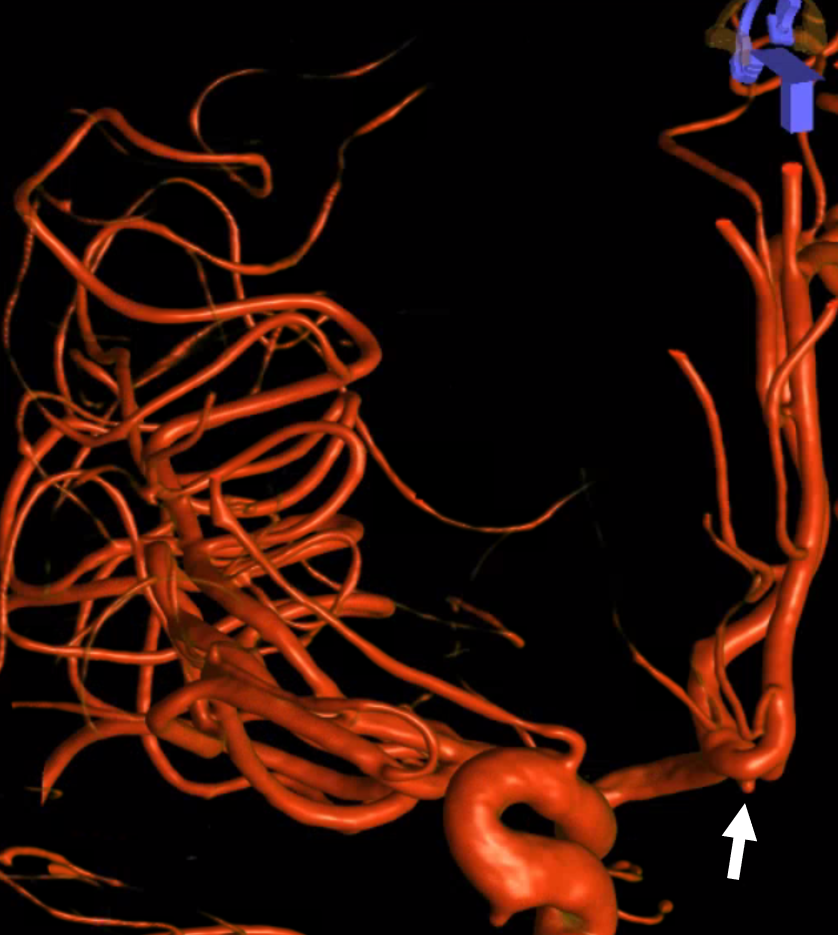 Additional VR and and translucent reconstructions demonstrate an ACOM fenestration (dashed arrows) with a very small aneurysm projecting along the direction of A1 flow vector, sitting between the two fenestration limbs.  Translucent views can be particularly helpful here. 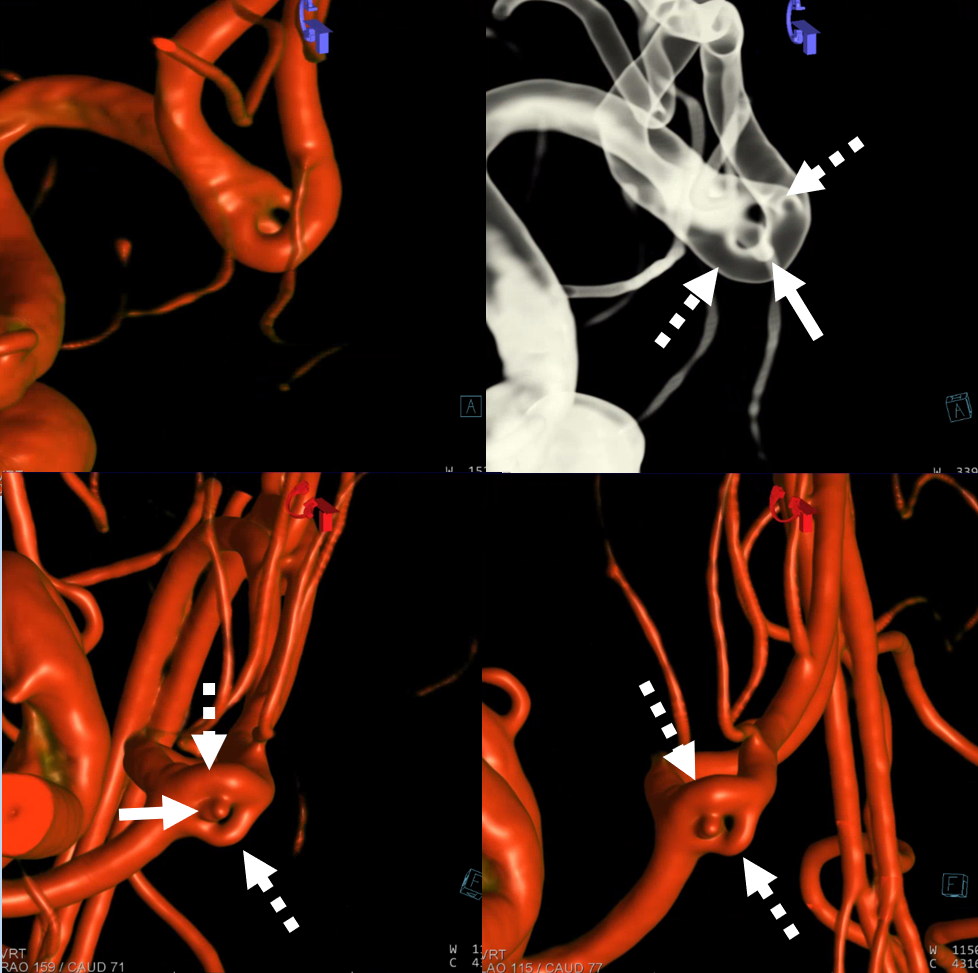 A magnified view shows what appears to be a tiny aneurysm (arrow) and a secondary pseudoaneurysmal sac at point of rupture (arrowhead). This kind of imaging resolution is a relatively recent development 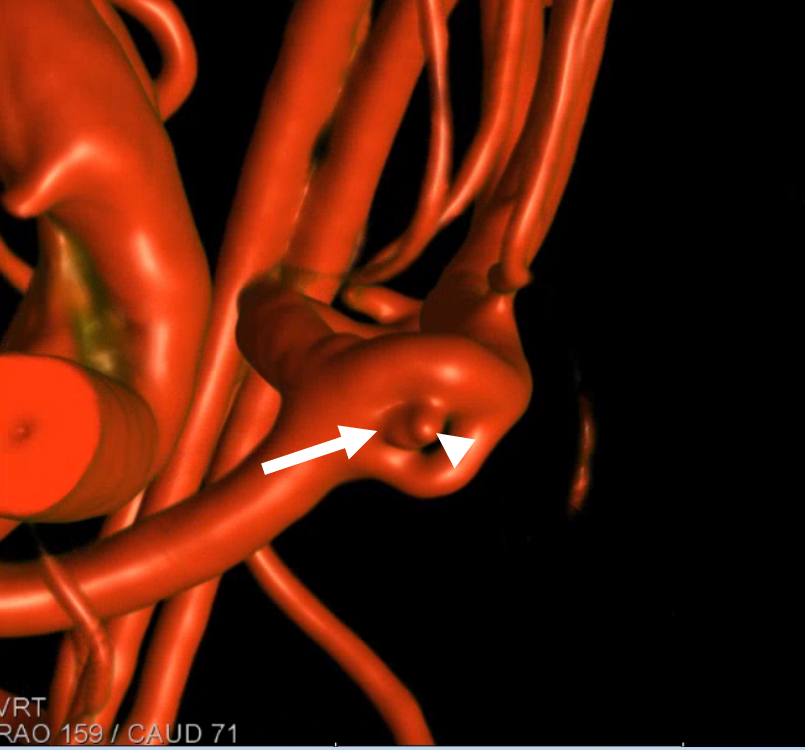 We want confirmation of aneurysm presence by DSA 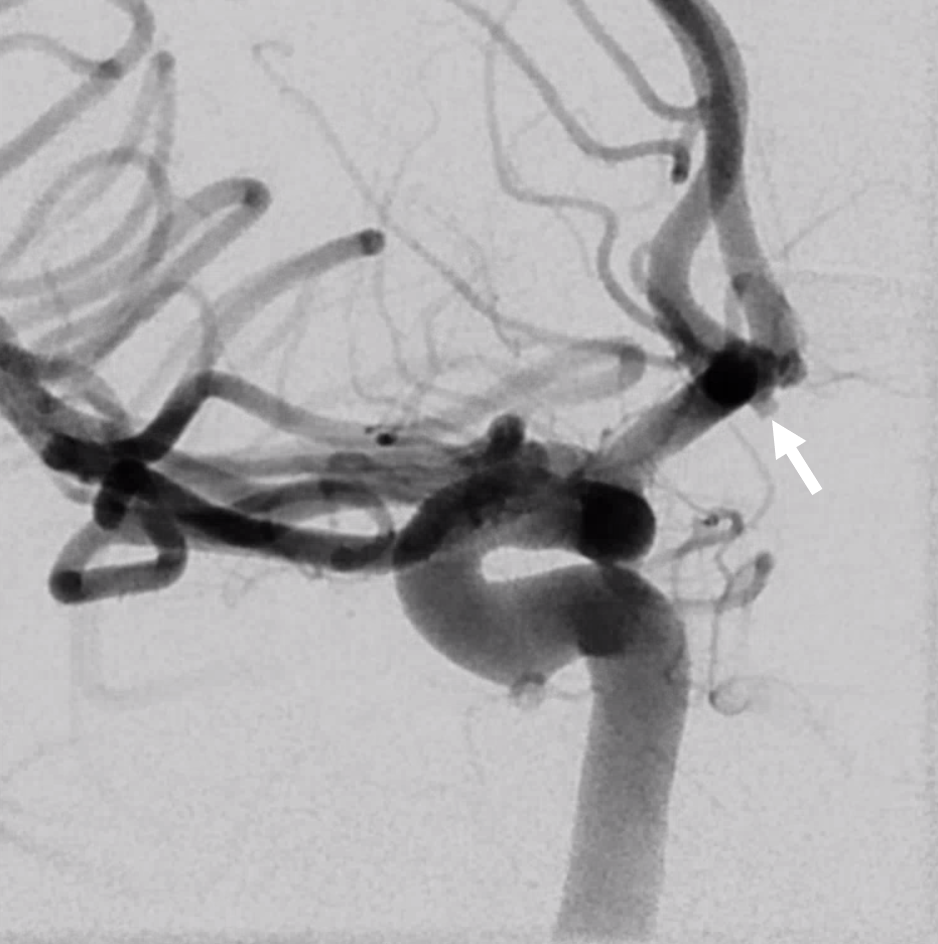 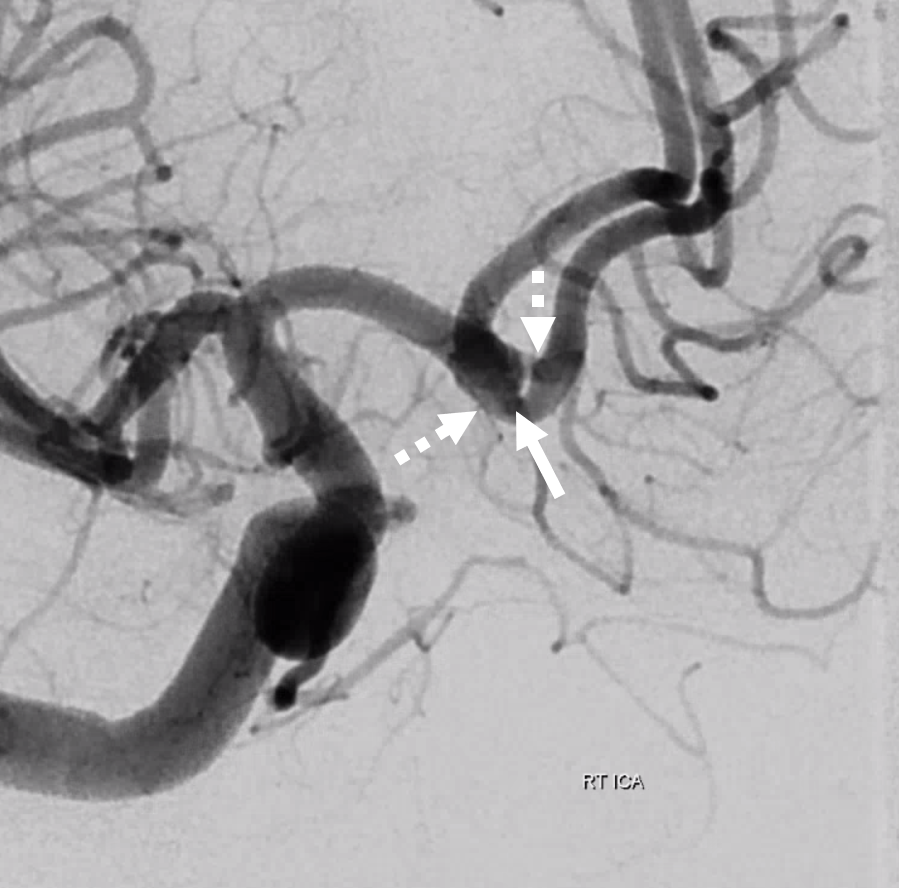 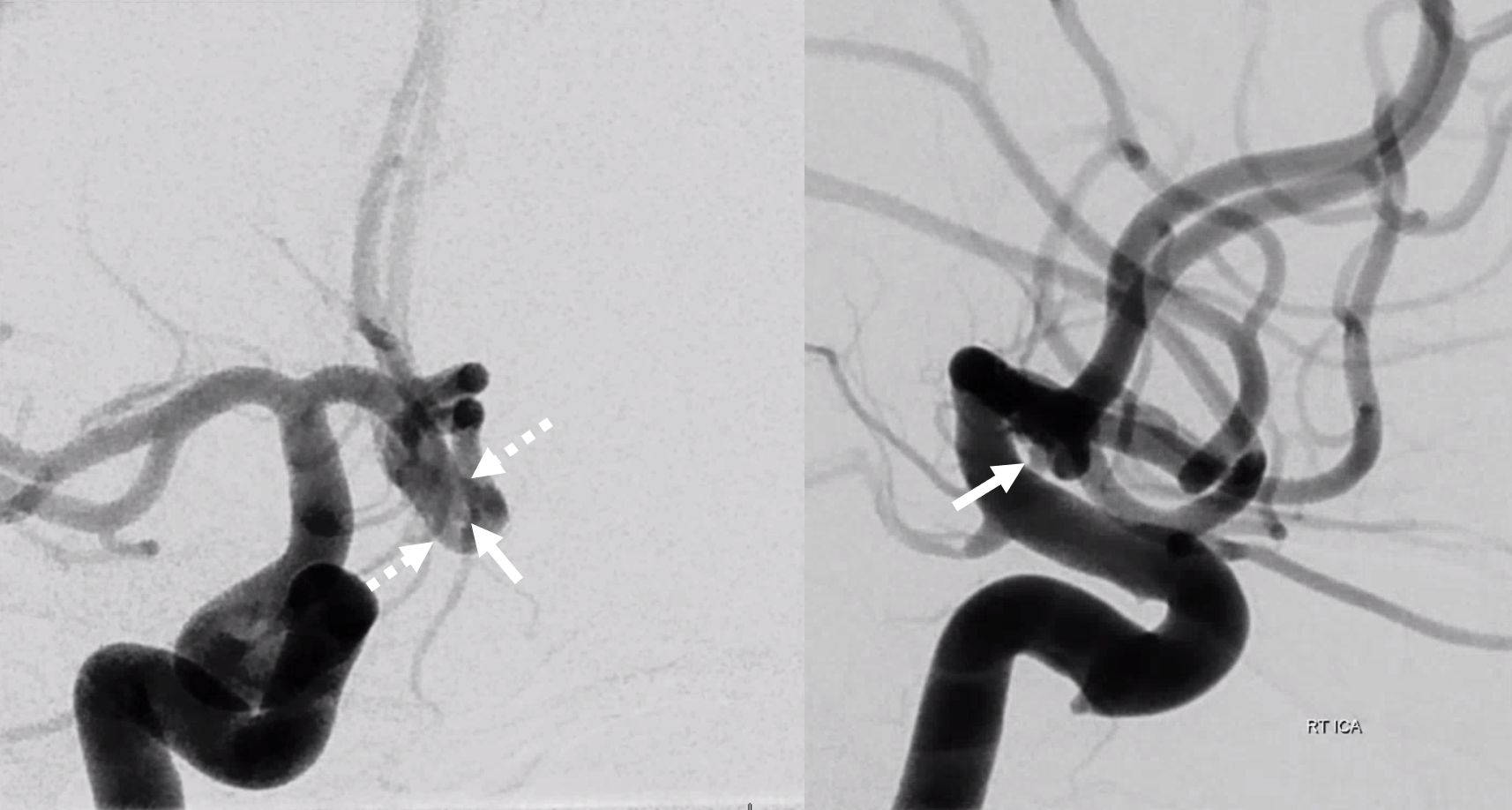 A 3×5 Transform balloon is floated into the A1 segment for proximal control, and an SL-10 45 degree microcatheter fortunately displays a spontaneous affinity for the aneurysm 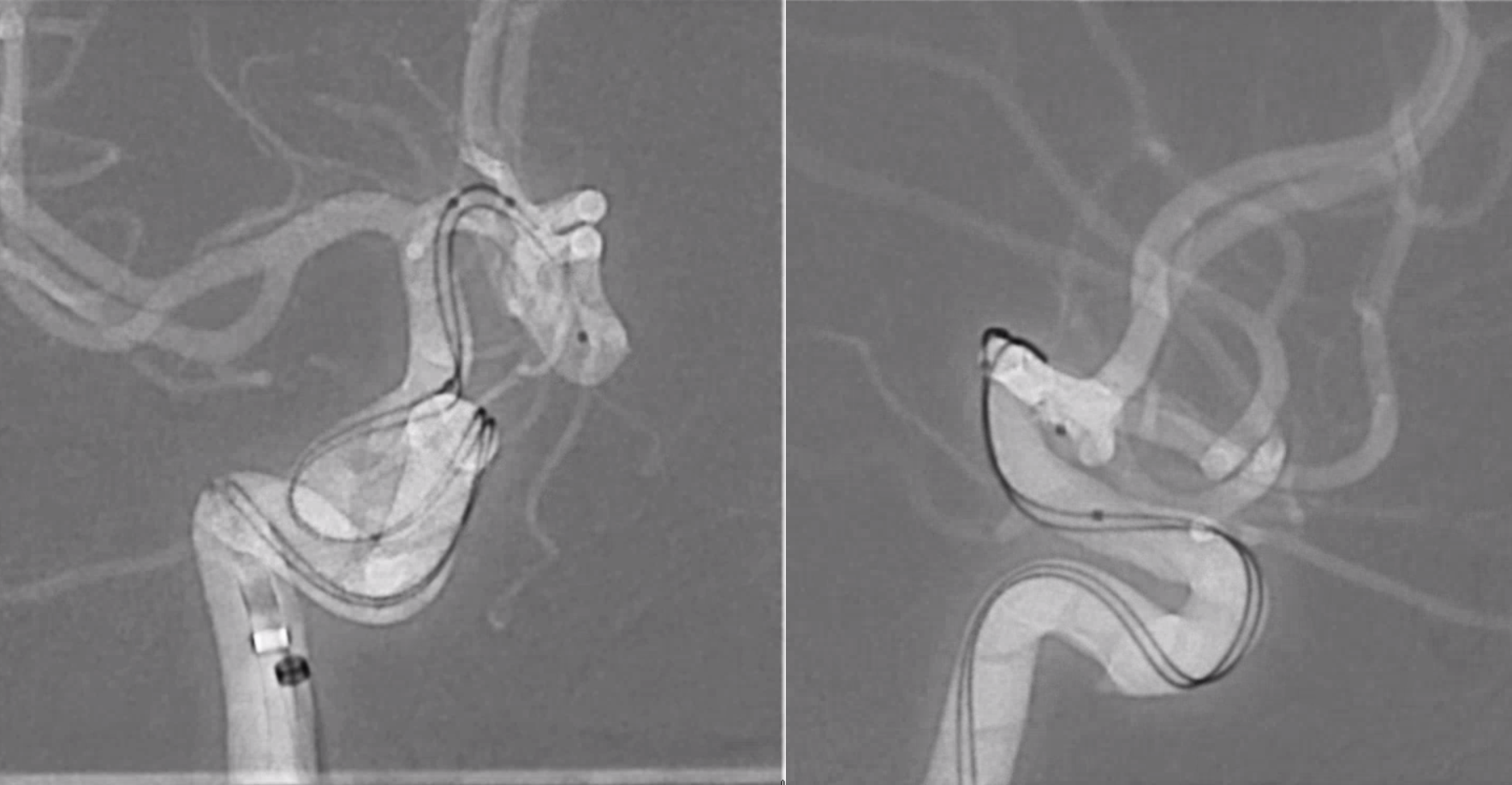 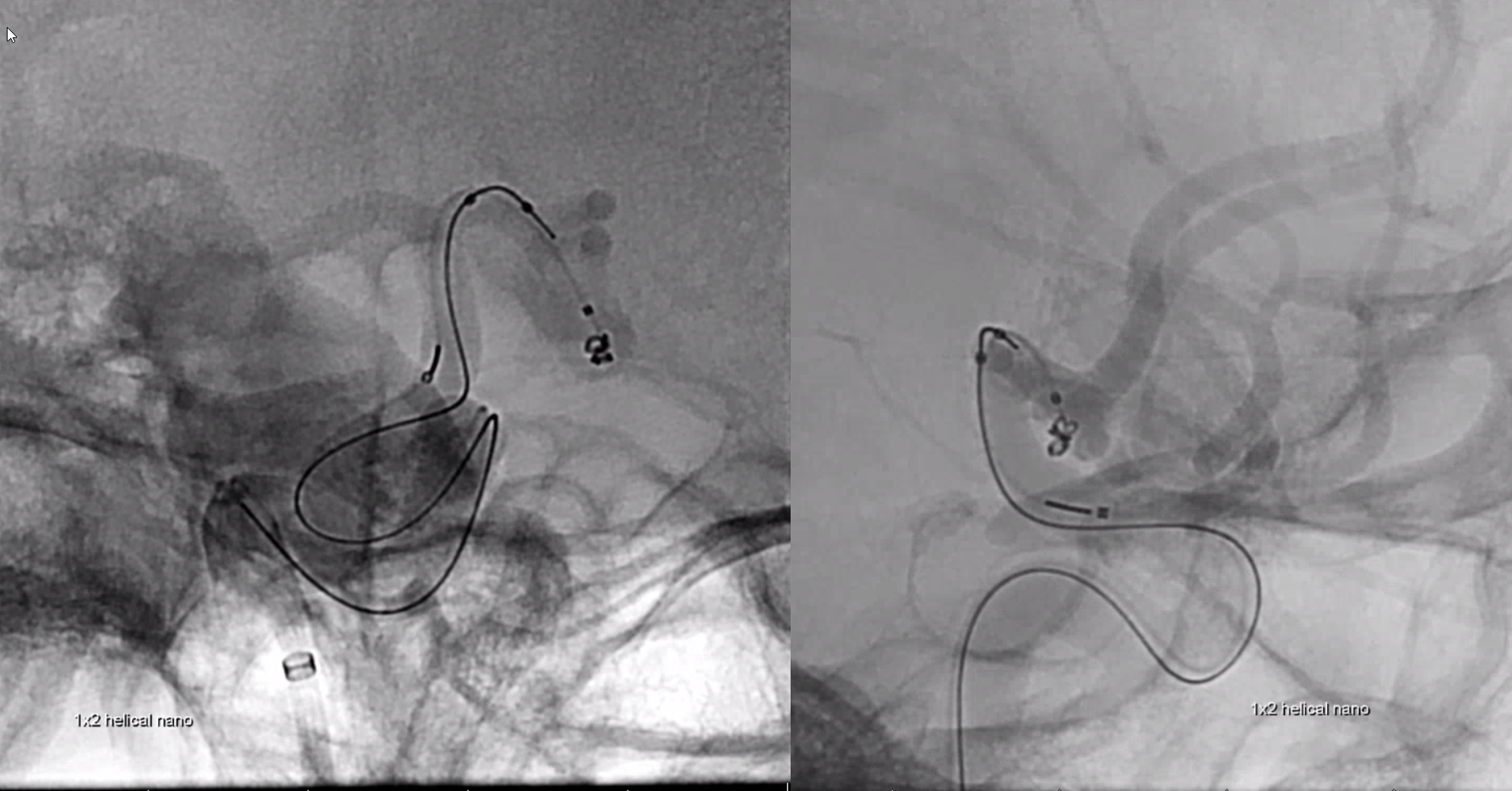 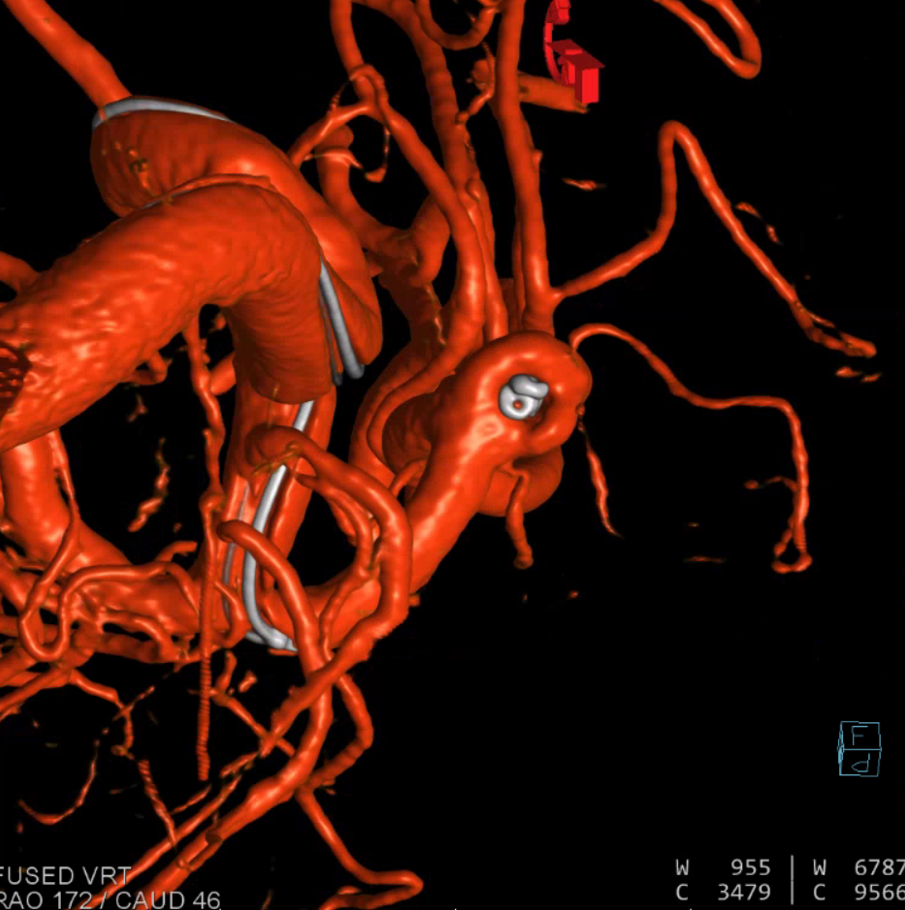 Detached.  The 1×1 helical nano we first placed and removed would not fit now 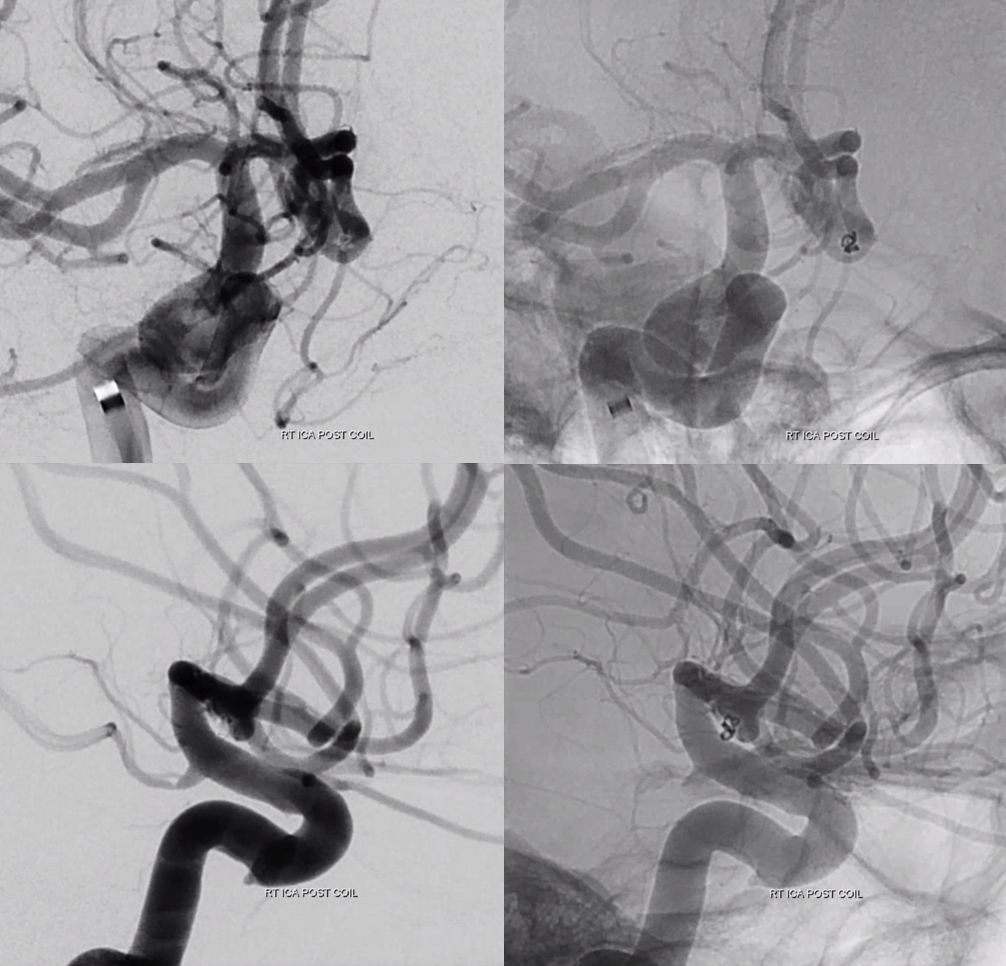 A third and final rotational/3D DSA 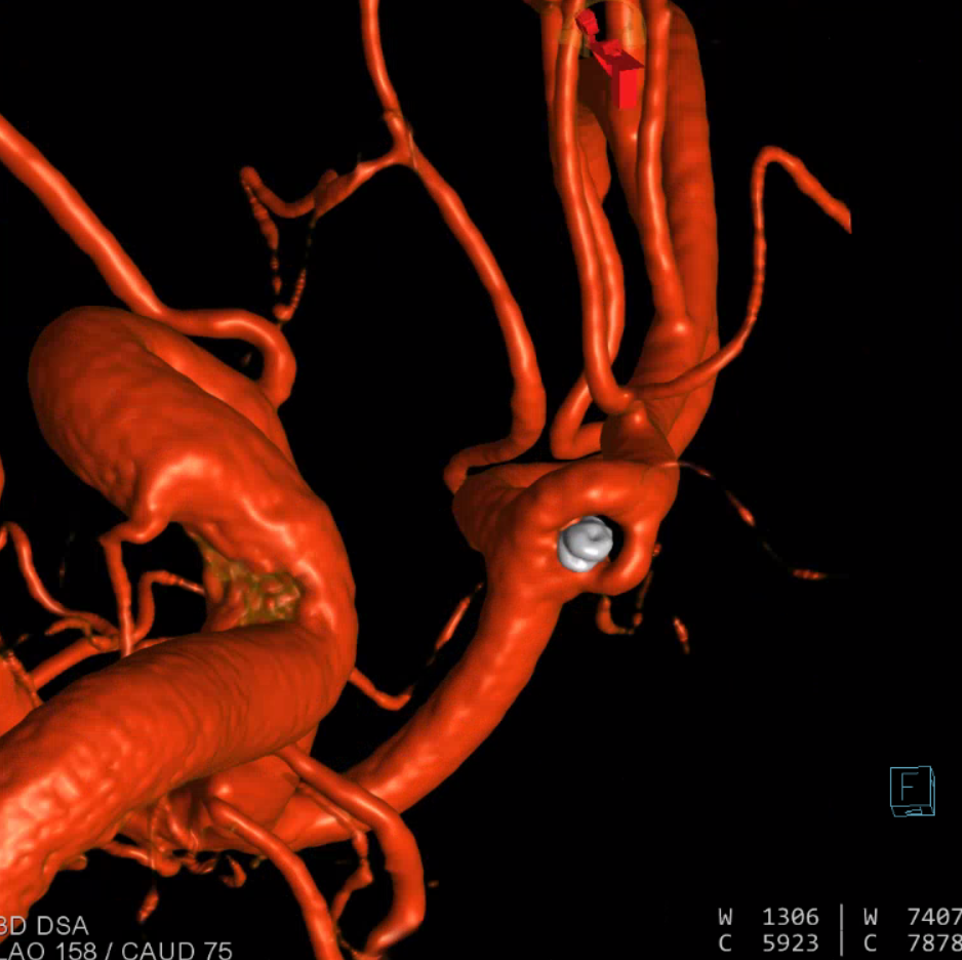 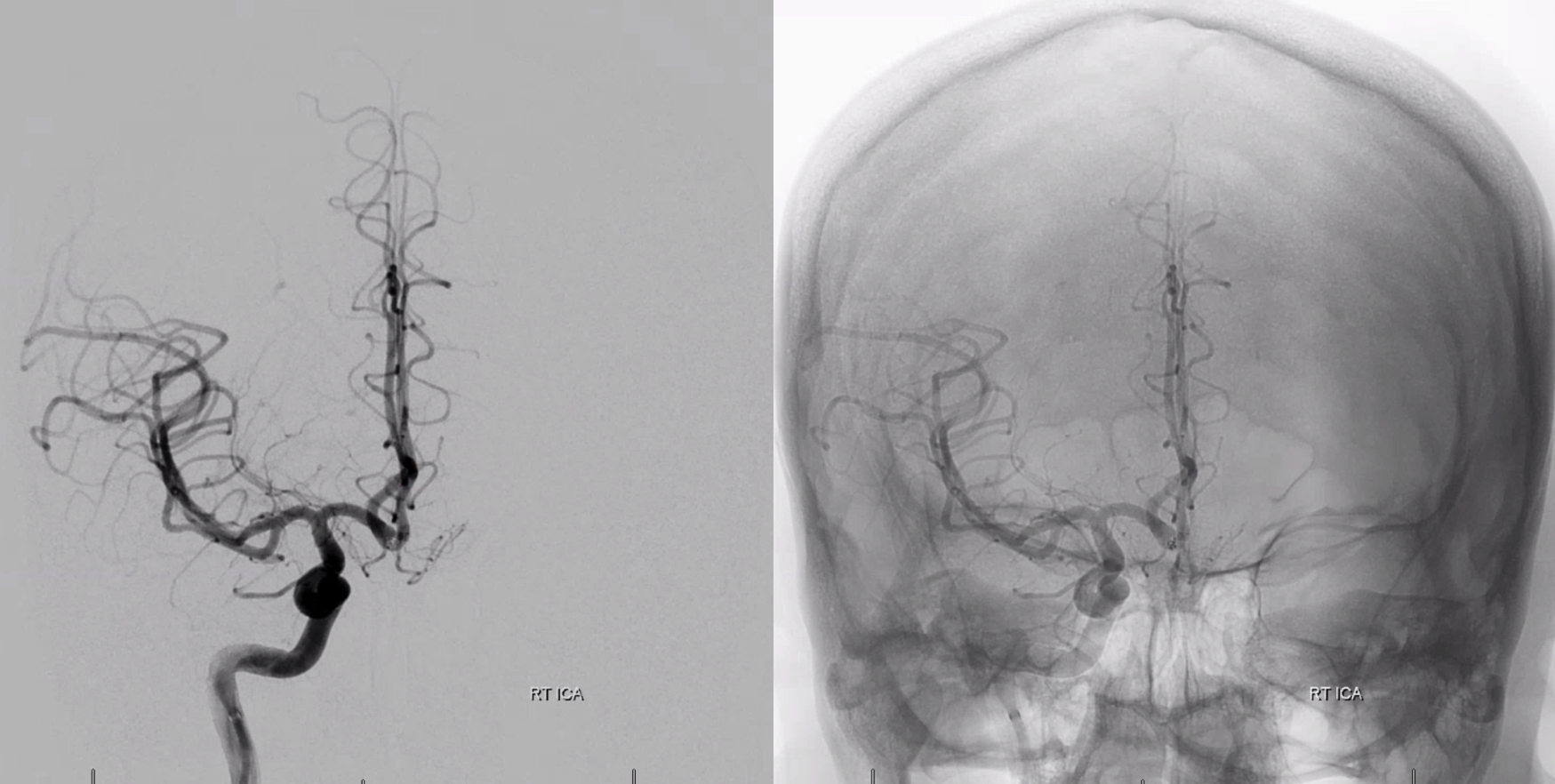 Question: Is this now an ISAT kind of aneurysm?  We believe so.  And technology will only make this even safer in the future.