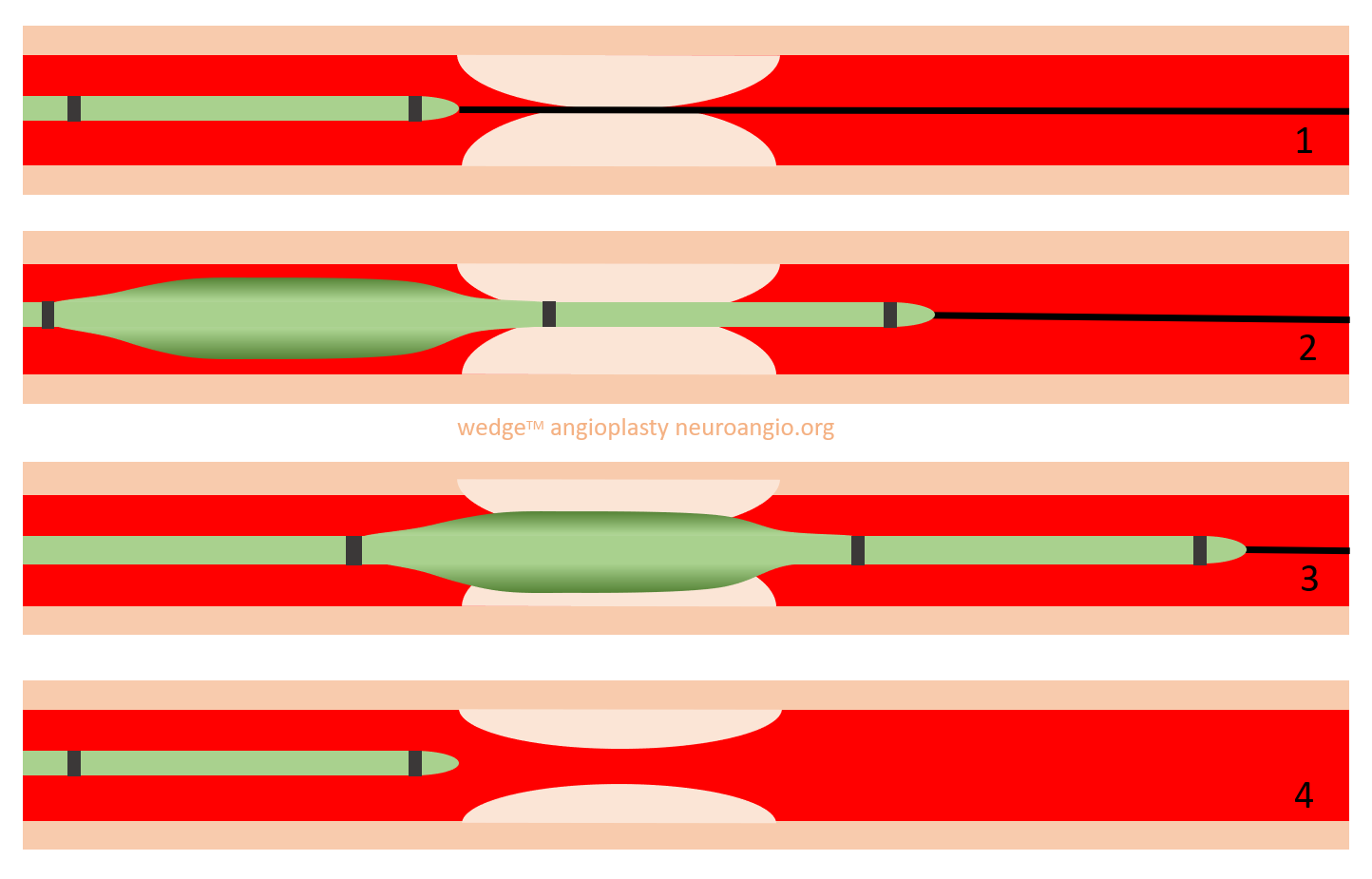 Simple — and useful.  Especially for more distal or smaller diameter parent vessel lesions, and where there is no appetite for stenting.  Much easier to advance that a noncompliant balloon, and very safe. 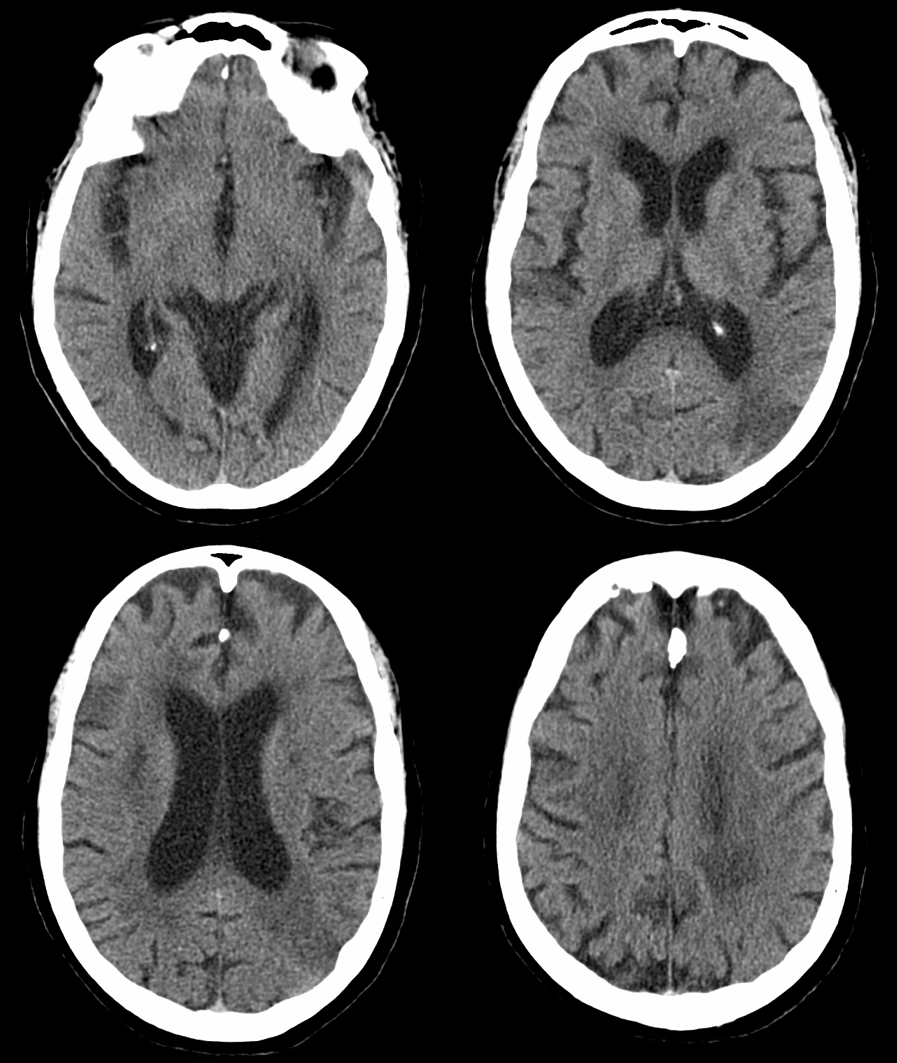 Lots of penumbra in front of the parietal established infarct 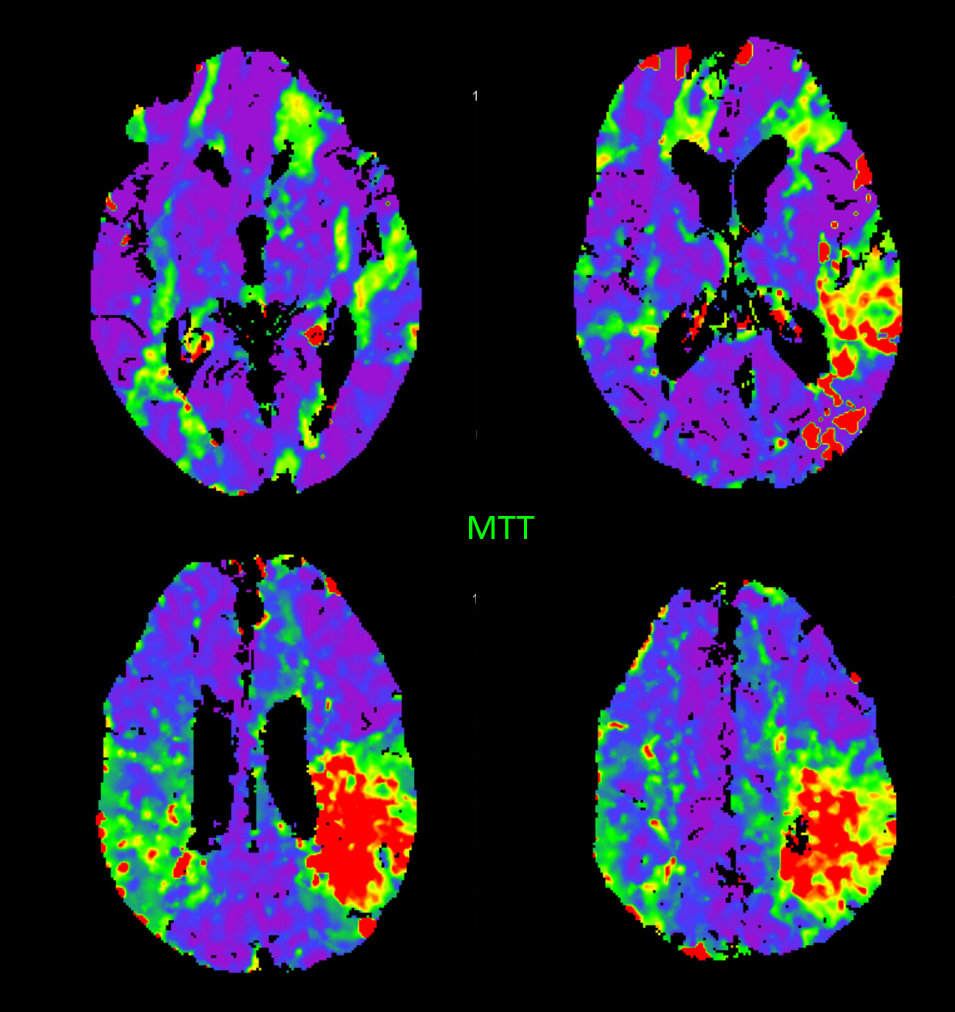 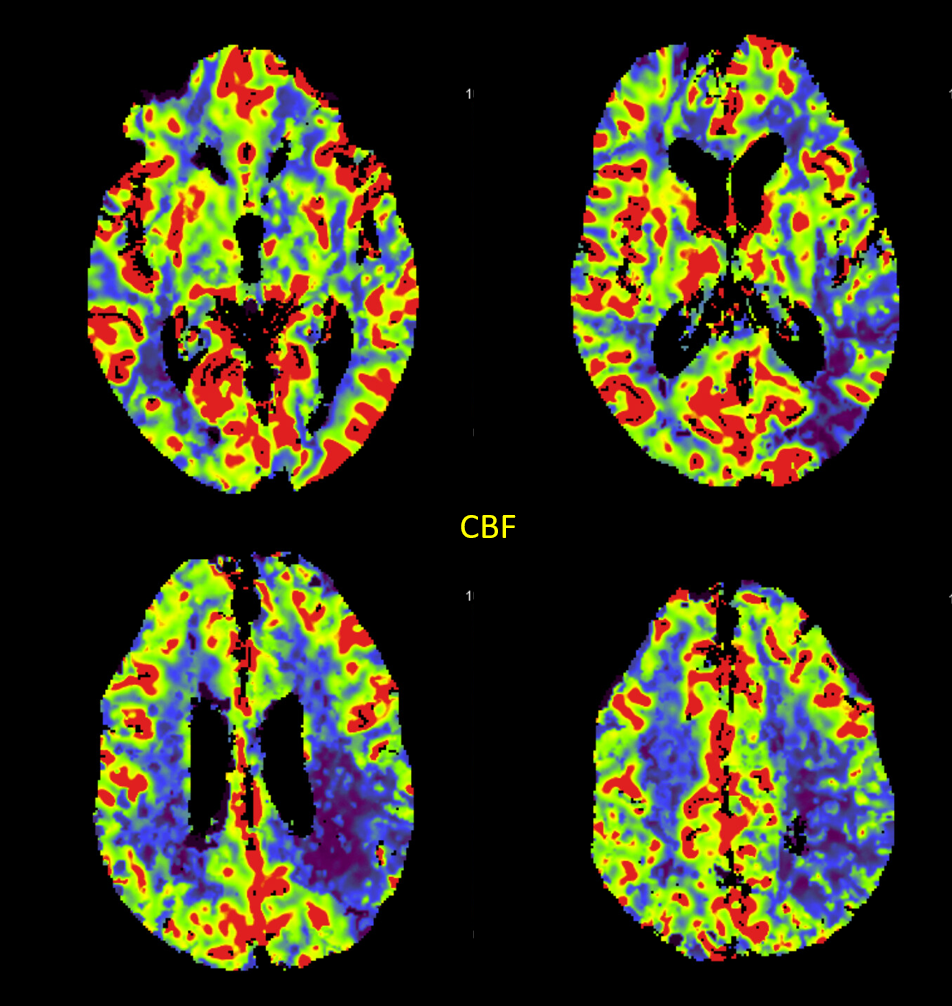 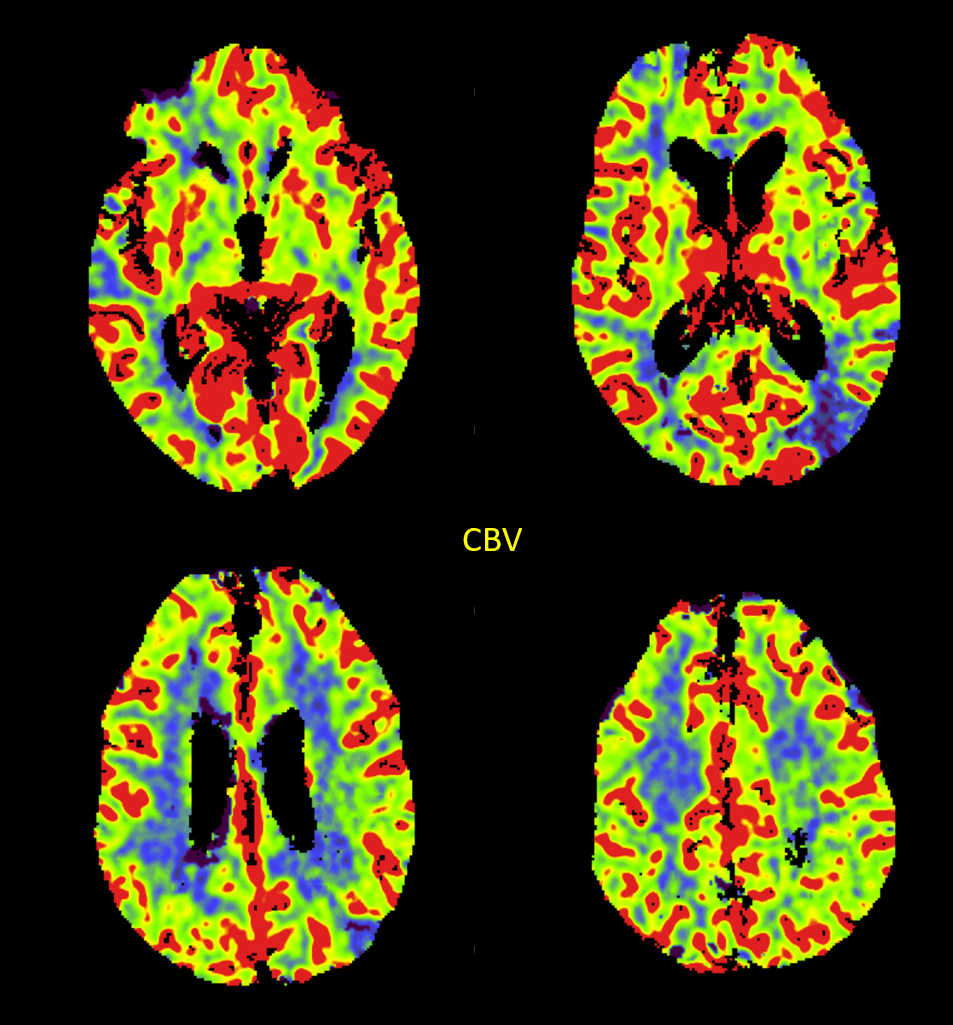 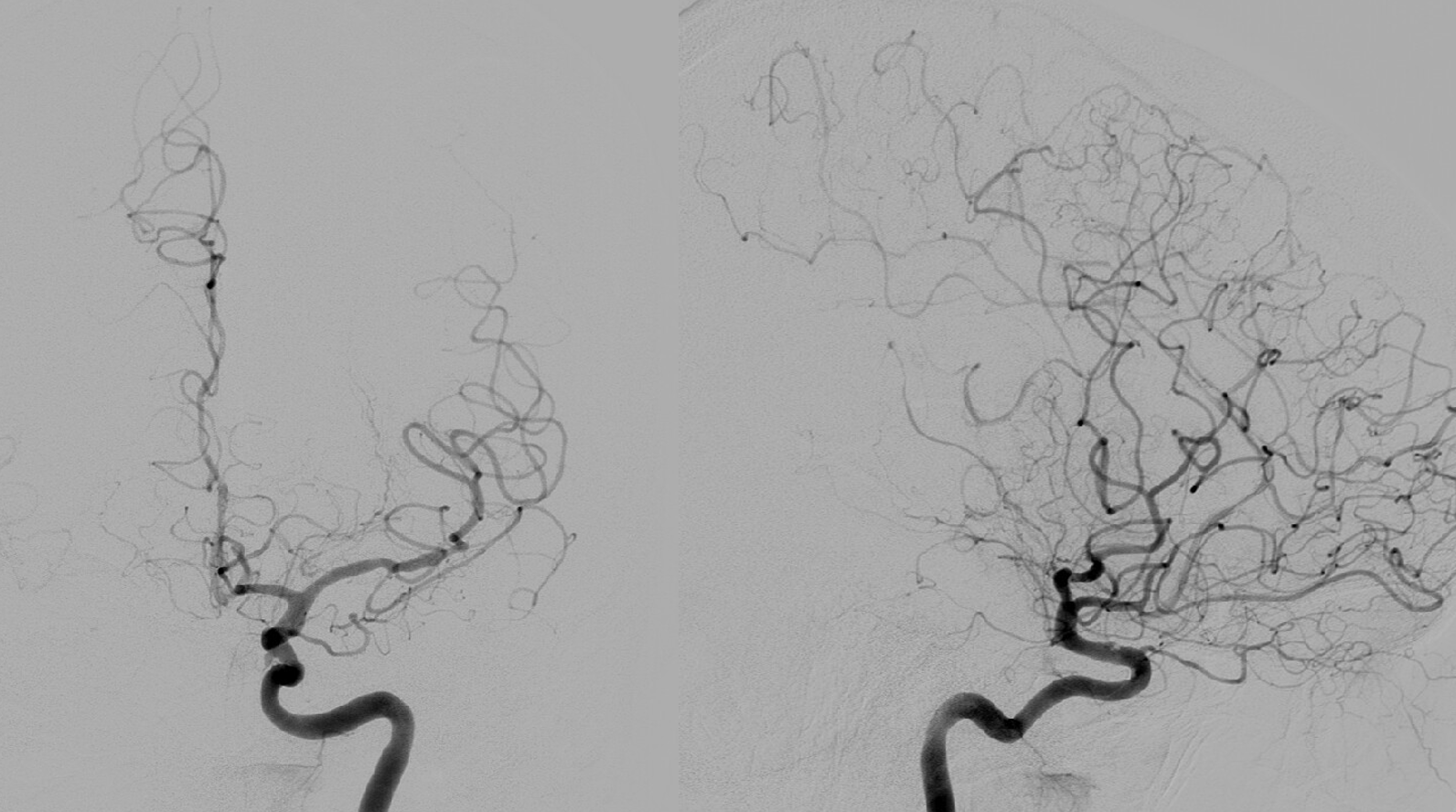 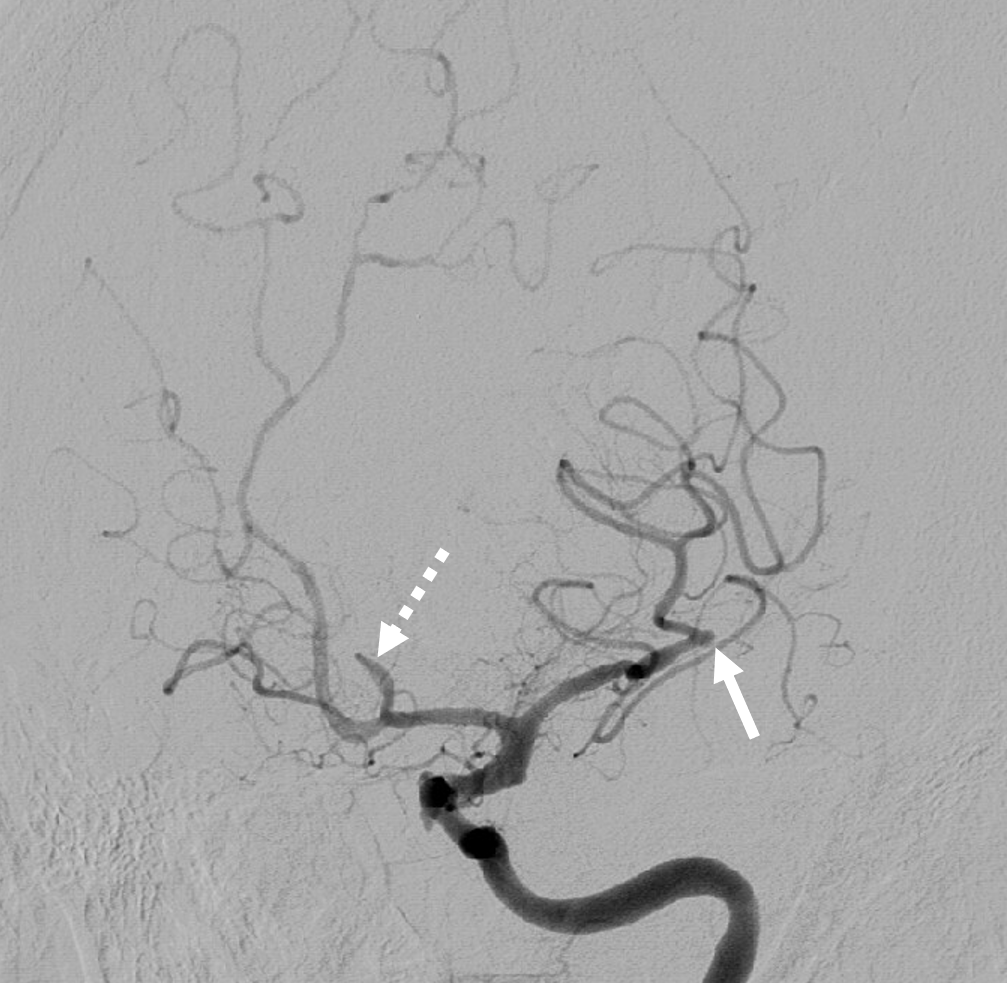 Actually, this in interesting situation.  There is tons of athero.  The A2 (dashed arrow) is chronic.  The M2 (arrow) is acute, and the high NIHSS = 20 is due in part to loss of MCA-ACA leptomeningeal support of ACA territory.  Plan is to reopen M2 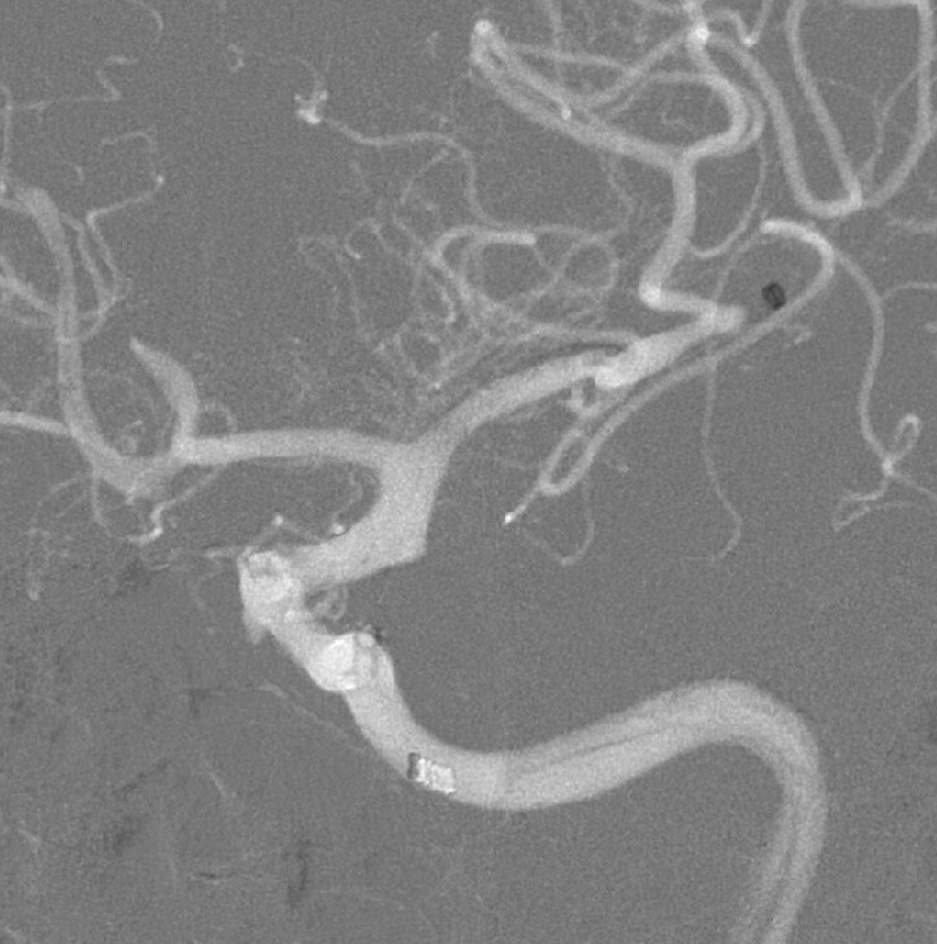 Not much after aspiration — not surprising.  Next comes SOLUMBRA — see that proximal M2 atheroma? 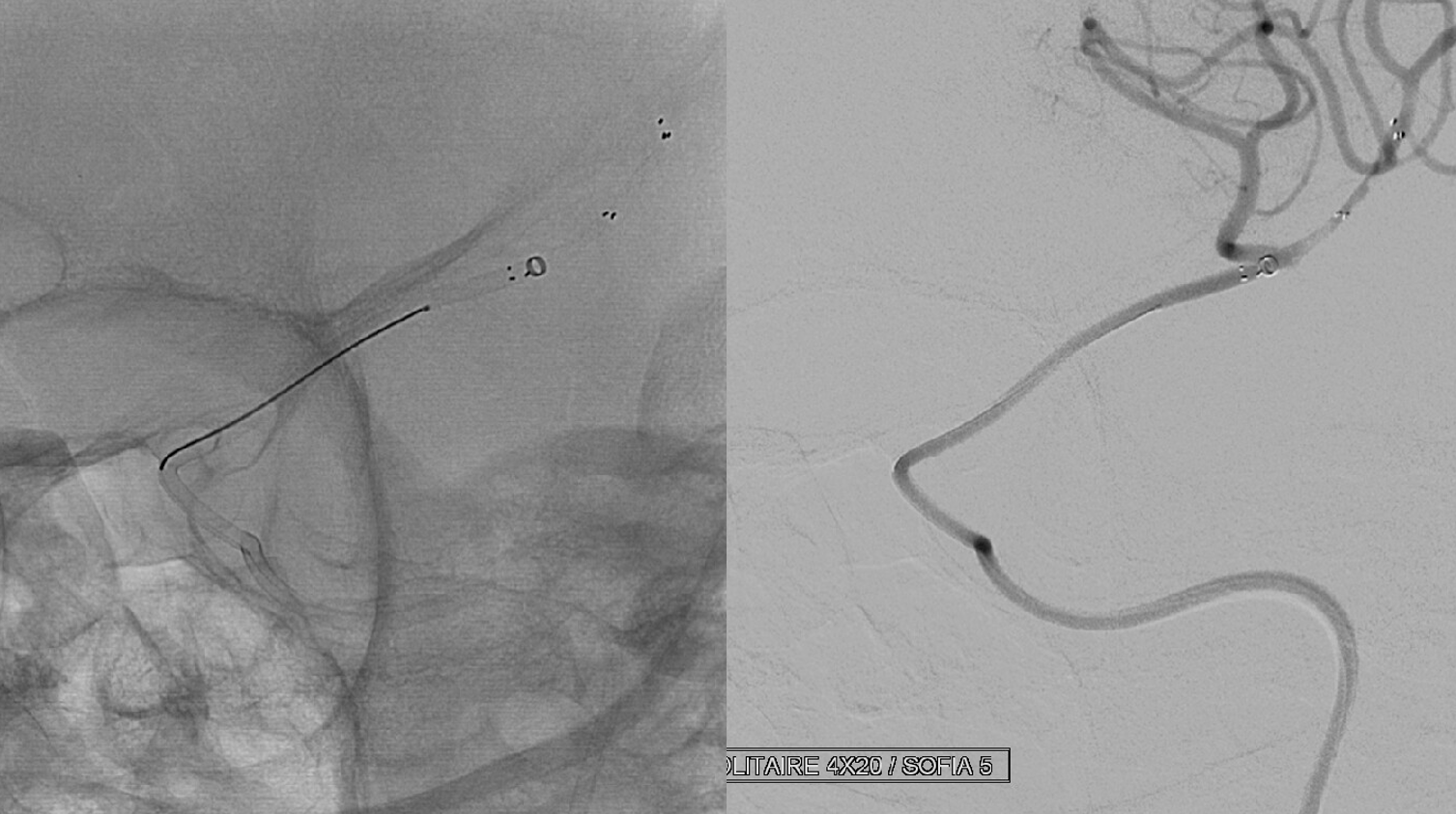 Not much luck this way either 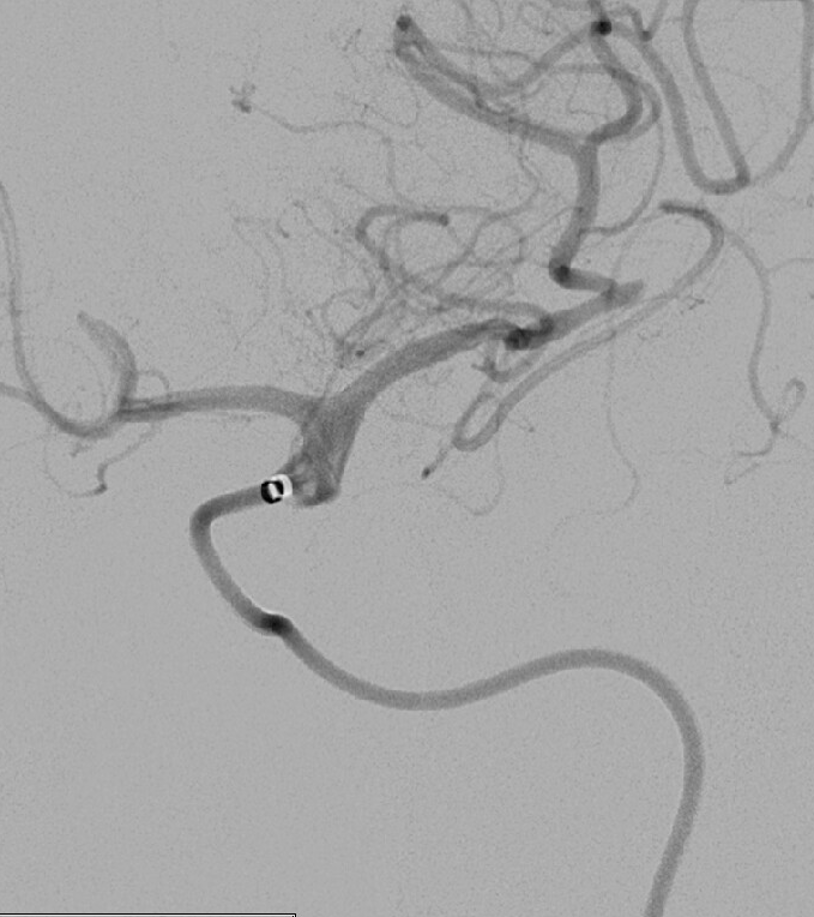 See the wedge markers?  Its essential to have full dual antiplatelet load on board for angioplasty like this — we gave integrilin. 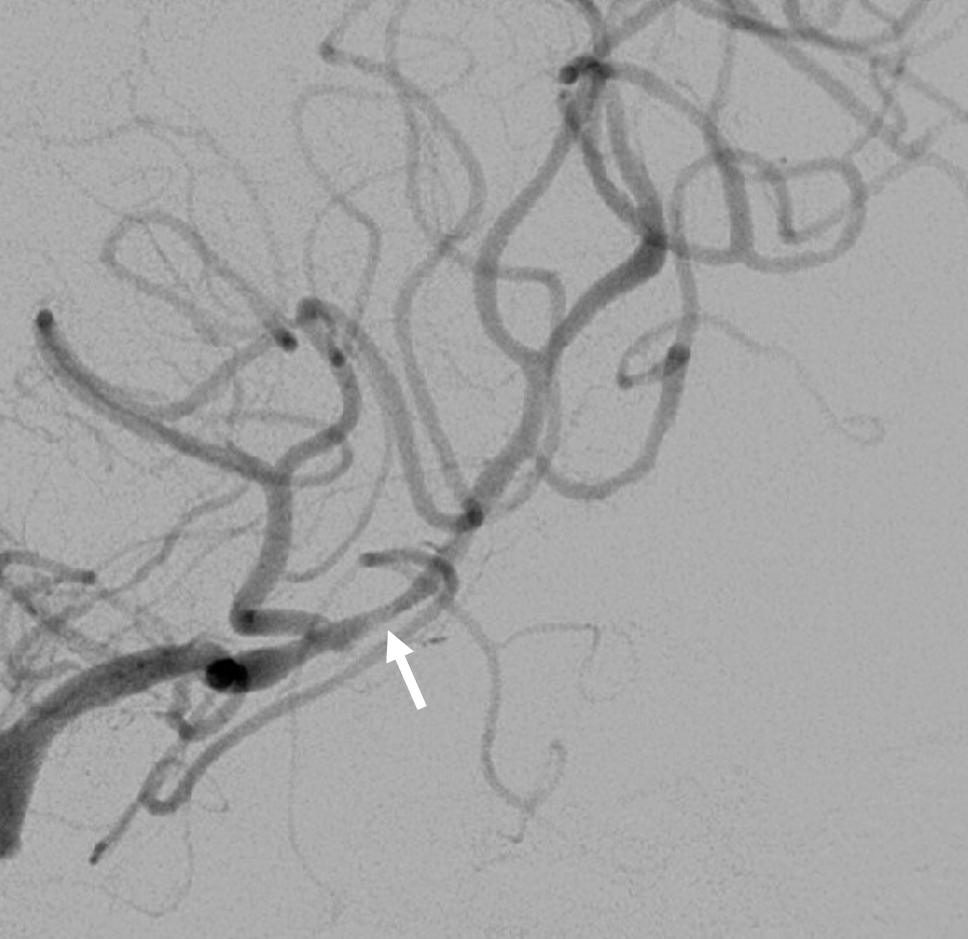 It might close, or might not.  Stenting too far for existing covered stents here.  And we are not going to risk the superior division, which might end up partially jailed.  I might be willing to risk it with an LVIS Jr or ATLAS in this position, if i were sure the superior division would not be jailed. But not worth it if angioplasty alone works.  It did — delayed image still open 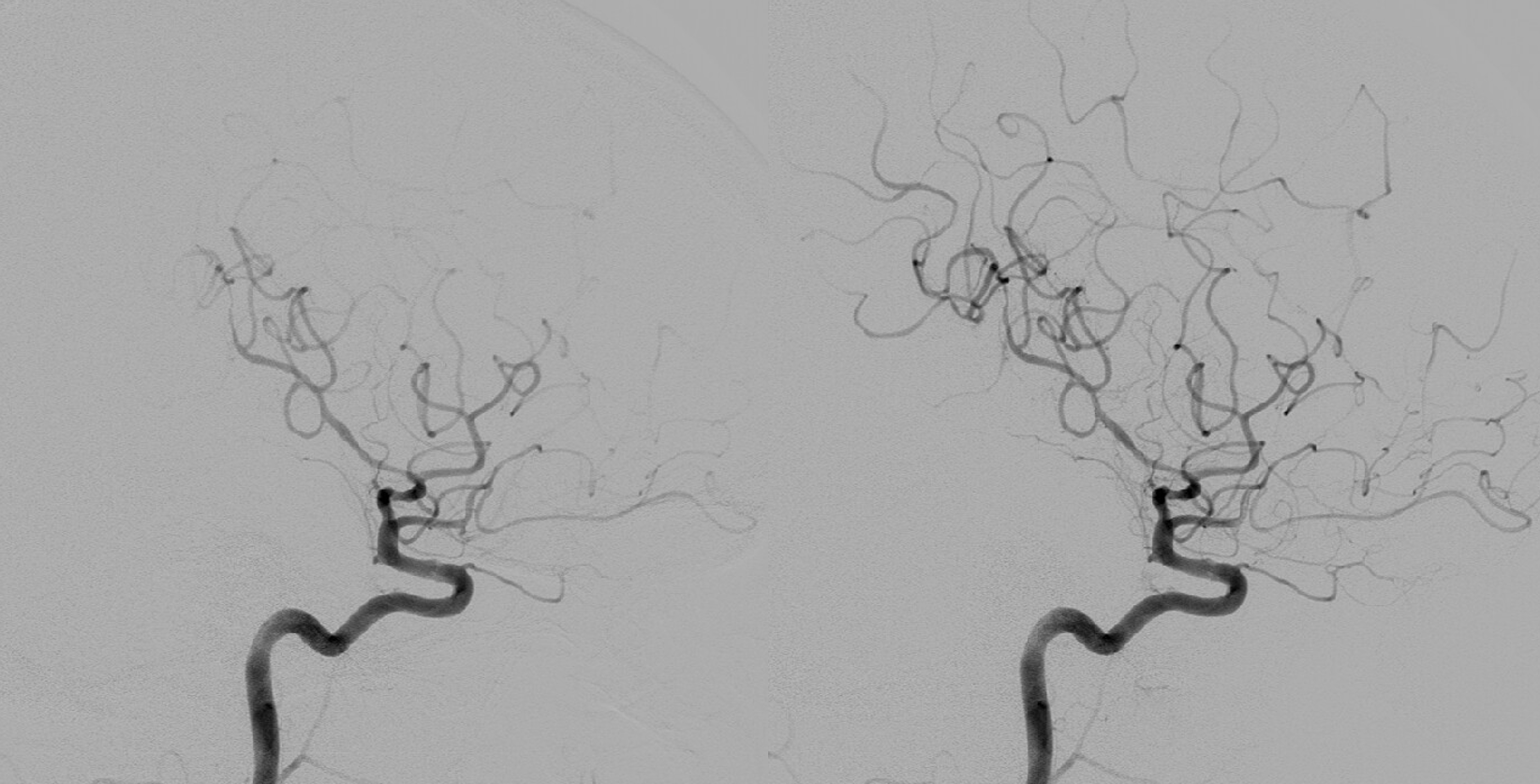 We tried to reopen the A2 also with same wedge plasty (1), it opened revealing a long segment of ugliness (2,3), which quickly reclosed (4) — does not work every time. 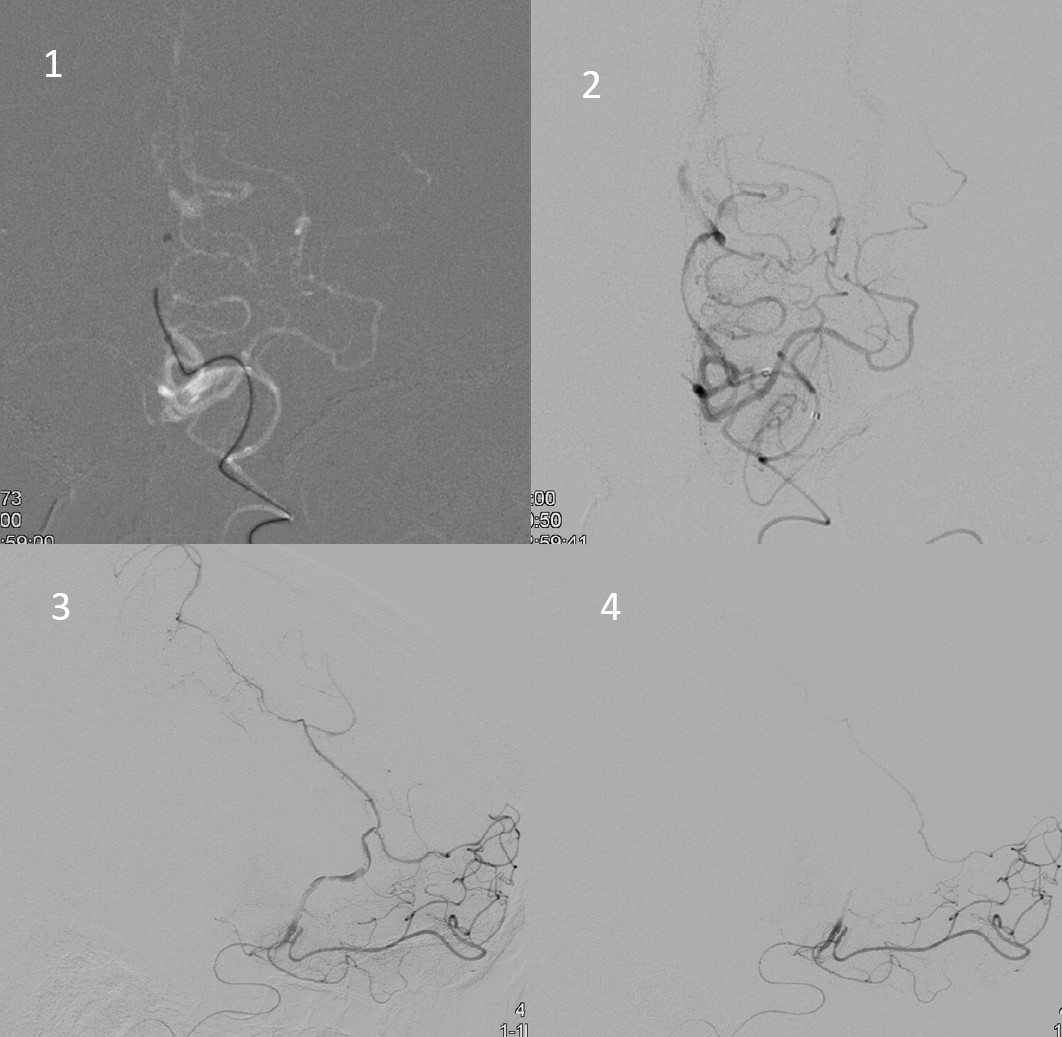 CT 2 days later.  NIHSS -7. There is contrast in dead singulate gyrus — the most vulnerable ACA area when MCA leptomeningeal anastomoses have to keep it alive. 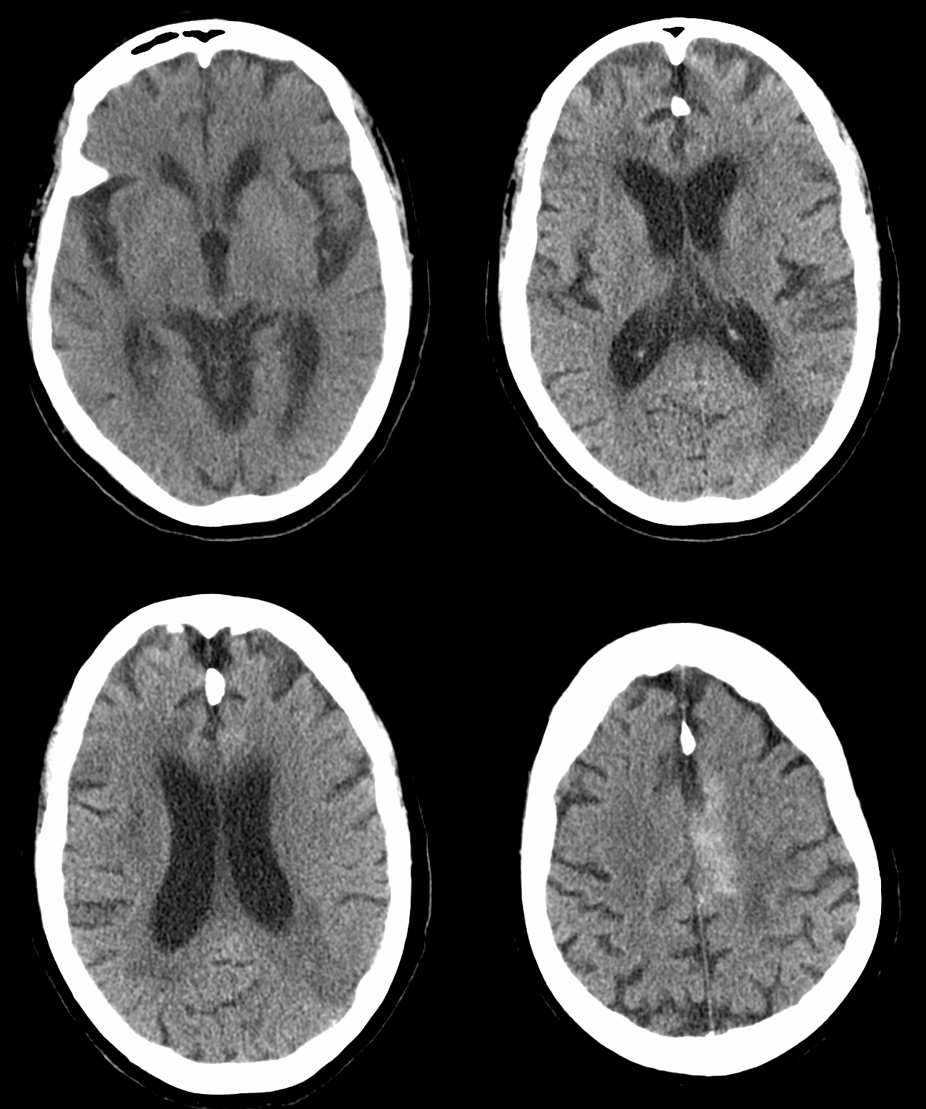 Conclusion — if you like the wedge for tracking (we do, and it deserves way more use than it gets), this is another use for it.