The point here is that vascular supply of medulla is much more like that of spinal cord than brain.  Actually, this goes for the whole brainstem, and PICA in particular.

The embryonic connections between anterior spinal artery, lateral spinal artery, and PICA (see also dedicated embryology pages) allows for some creative pathways to refill the PICA in setting of its proximal occlusion.  PICA is, embryologically, a cervical vessel, with its original territory confined to the lateral cervicomedullary junction. Its growth to accommodate the developing cerebellum in higher species results in its larger caliber; in this role however it shares responsibility with other vessels such as AICA and SCA — hence the well-known AICA-PICA balance.  The primordial PICA territory is the lateral medulla — and in this disposition it is best seen as part of the lateral spinal arterial system (see lateral spinal artery page).  The lateral spinal channel extends, typically, from C4 radicular level to the lateral medullary (vertebral) level.  When PICA arises from its typical location, it will be responsible for the lateral medullary territory. When it does not (extracranial, C1, C2 etc) origins of PICA (which are really enlarged lateral spinal – PICA conduit), the lateral medullary supply is carried out by the most cranial portion of the lateral spinal system sometimes called “bulbar” artery.  The bulbar artery is essentially the lateral spinal artery / PICA, minus the latter’s cerebellar territory.  From this perspective, it is easy to appreciate how anterior spinal and lateral spinal systems are both connected to the PICA, just like the anterior and posterior spinal arteries are connected via circumferential arteries along the surface of the cord called sometimes the coronary arteries.   These can serve to reconstitute PICA territory, sometimes quite effectively, in setting of proximal PICA occlusions.  However, this kind of disposition seems to be associated with what, subjectively, seems to be a higher prevalence of flow-related aneurysms arising from these secondarily enlarged channels.  Below is an excellent example of this, in a patient presenting with extensive subarachnoid hemorrhage. 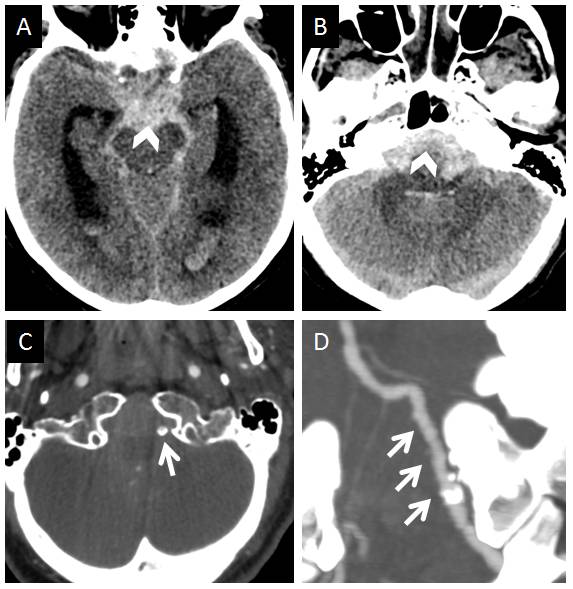 Angiography shows proximal PICA occlusion with what looks like atheromatous disease of the distal vertebral artery.  The anterior spinal artery (B, white arrows) is proximally enlarged due to its reconstitution of the PICA (C, D, large white arrowhead).  The guidecatheter is labeled with black arrows, and tip of the Magic 1.2F with a black arrowhead. Asterisks point to the coronary arteries which serve as the communication between the ASA and the PICA, with the aneurysm arising from one of them. 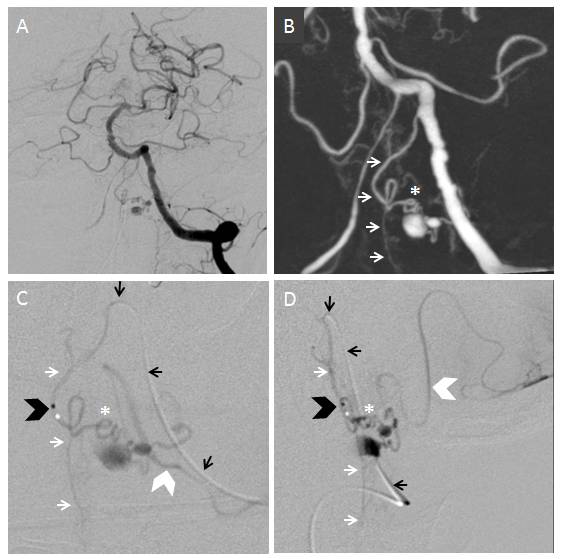 Following occlusion of the aneurysmal segment, the anterior spinal axis (white arrows) is preserved, with the asterisk pointing to the site of occlusion.  The patient remained asymptomatic. 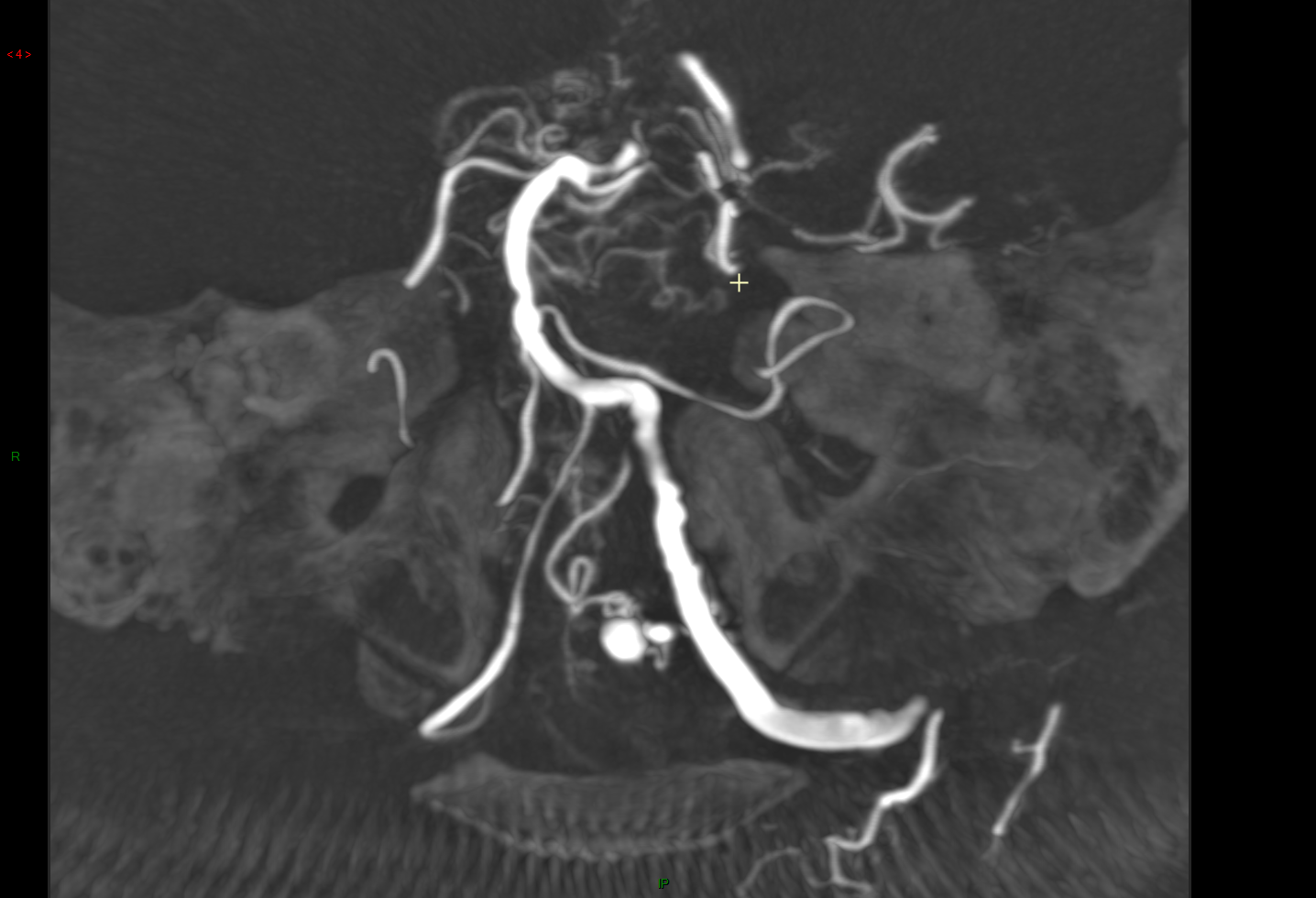 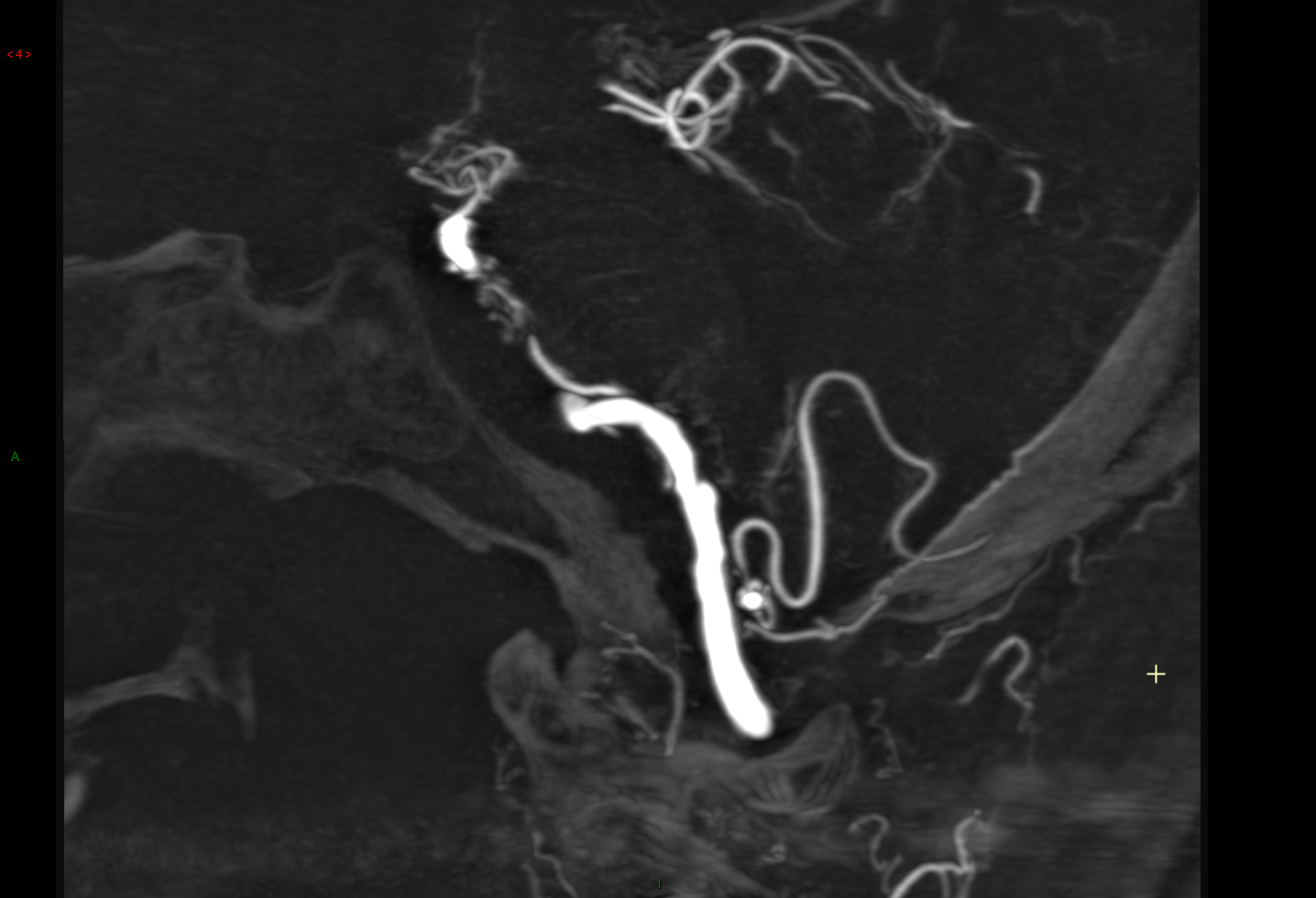 Additional Reading: Another case of anterior spinal reconstitution of the PICA was published as a report by the same group, with an excellent discussion of relevant embryology