MRI. There is no adjacent brain edema 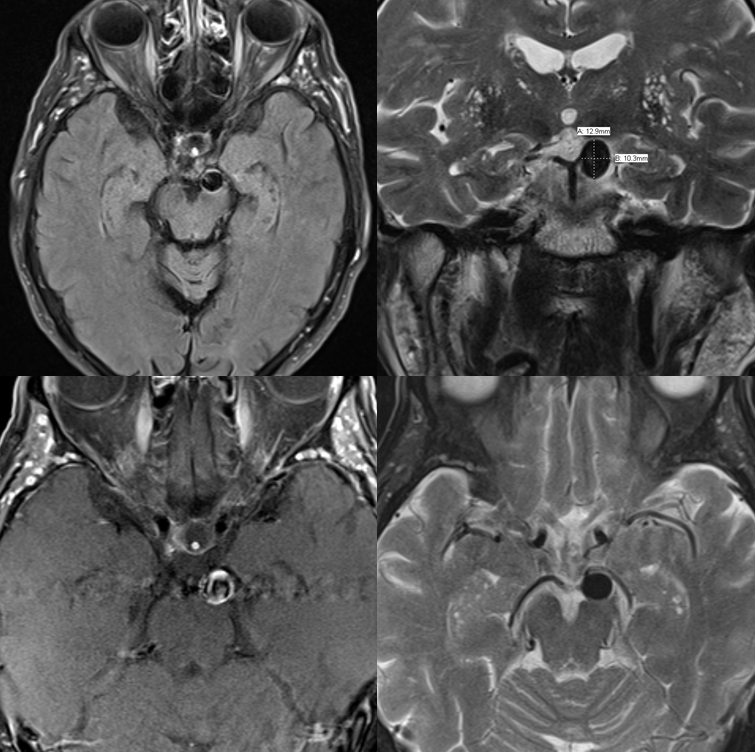 Not designed for vessel wall imaging here, however, looking at coronal pre- and axial post-contrast images, it looks like a ton of wall enhancement.  There is even suggestion of pre-contrast T1 hyperintense blood products in the wall.  For sure, the sequences are not optimized for that though

MRA was low quality.  CTA is not too much better, but shows an anatomically important mirror image aneurysm — it is a superior cerebellar rather than PCA aneurysm.  That’s key.  The SCA “arises” from the P1 segment and so its aneurysm seems to come from the P1 also.  However embryologically this apparent P1 origin of SCA is not what it looks like — it is rather an example of rostral basilar nonfusion where the basilar, like a zipper, is showing skin at the top, which makes it look like SCA is coming from the P1 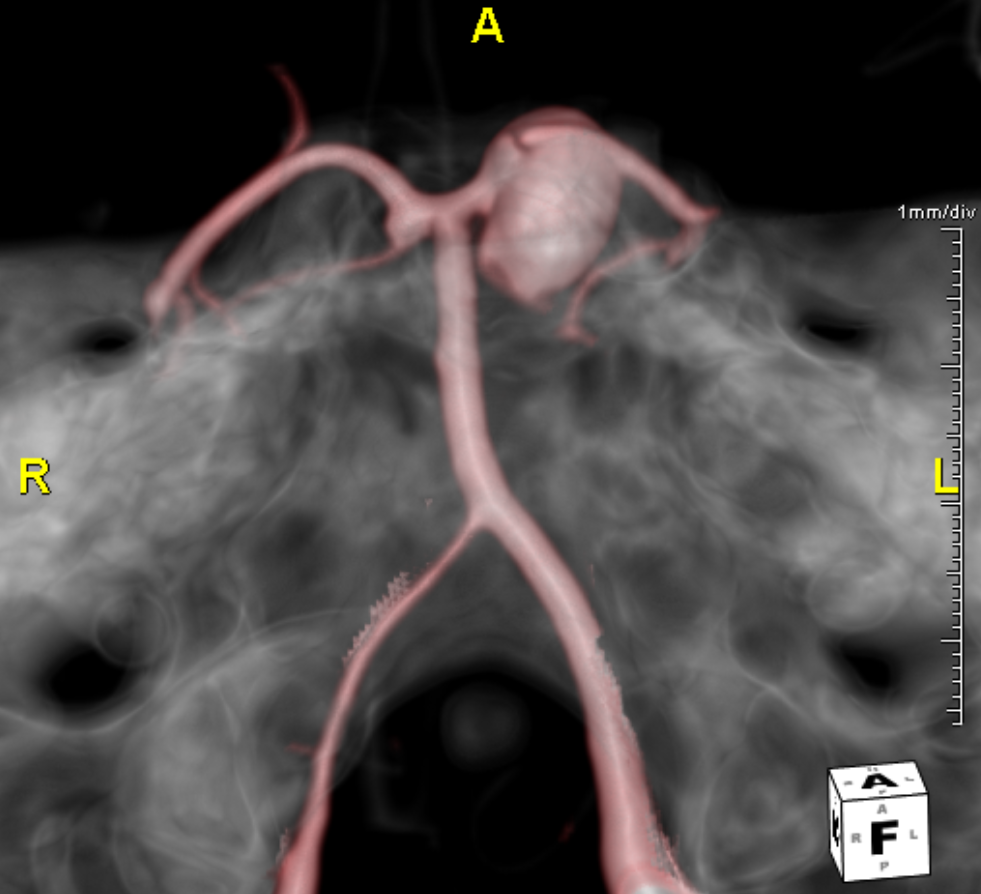 Here is the zipper schematic from the “Basilar Artery” page.  Do visit that page to learn more 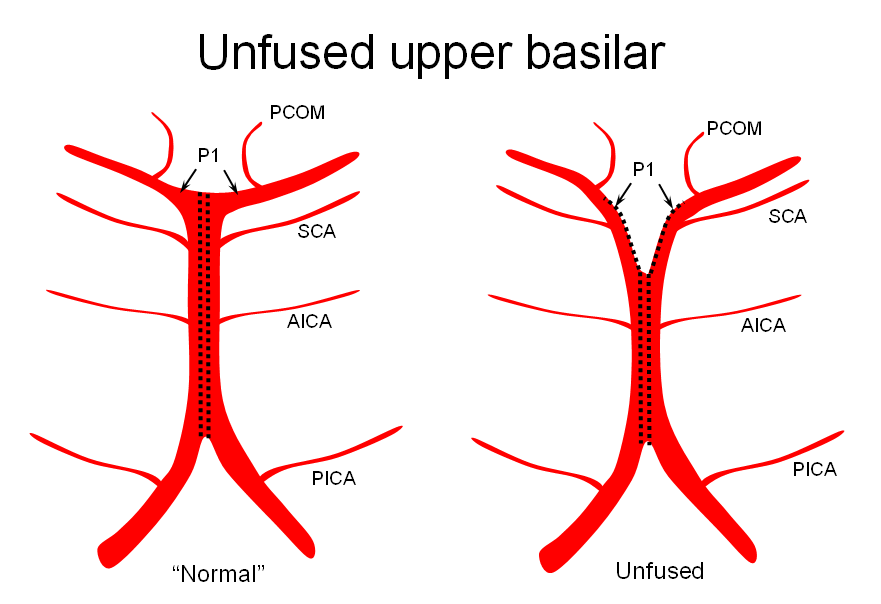 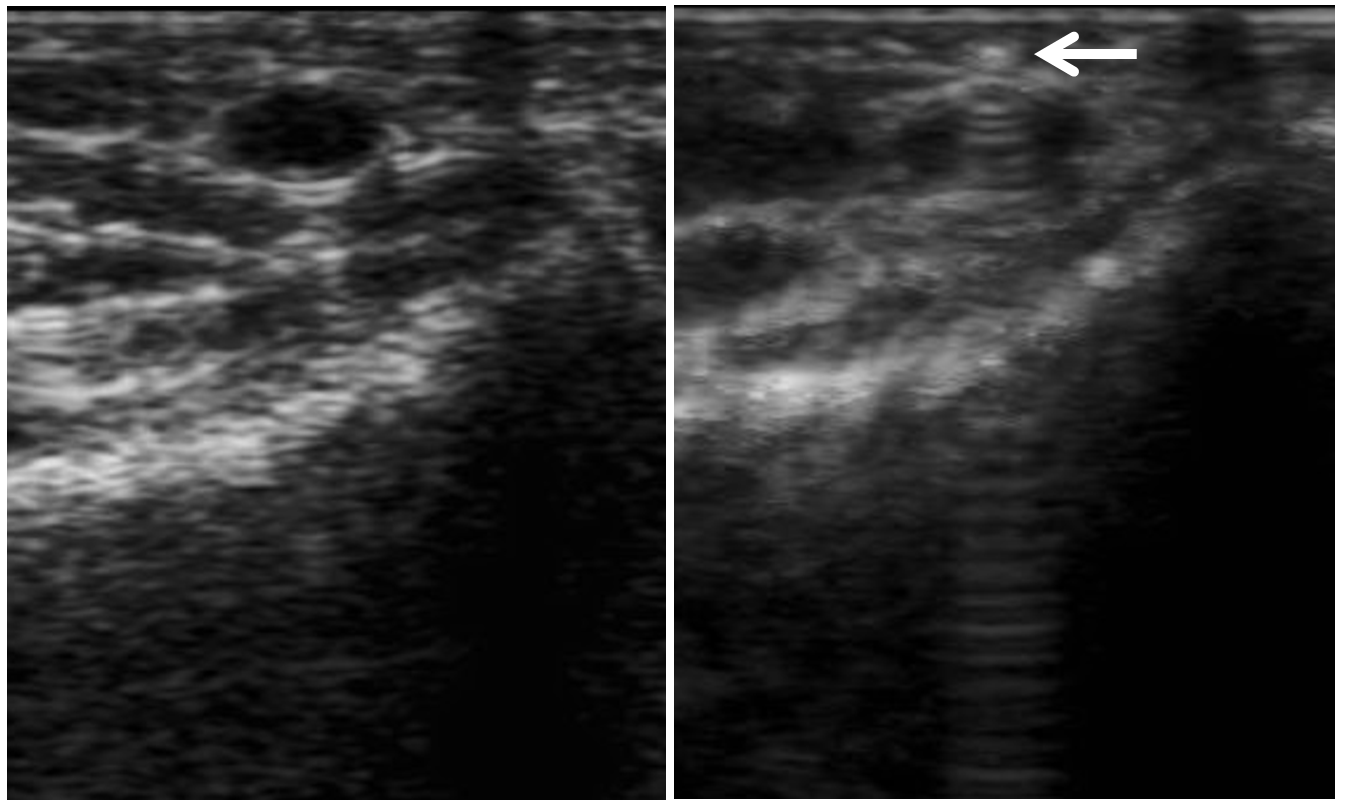 Again, we like to watch the catheter come up rather than blindly using a J-wire 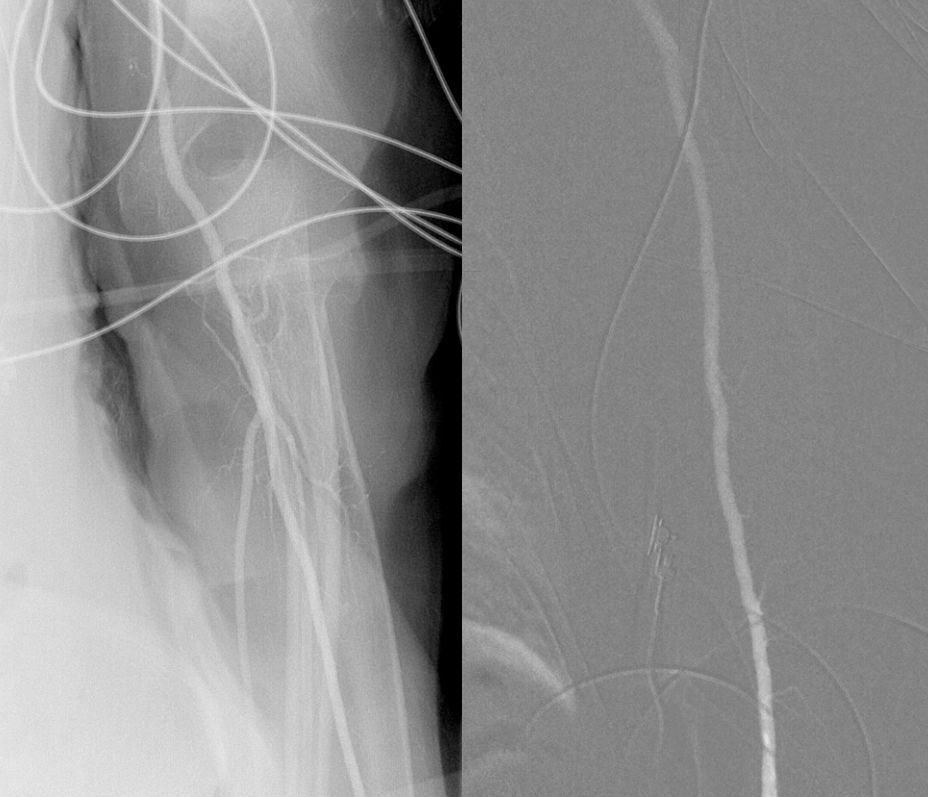 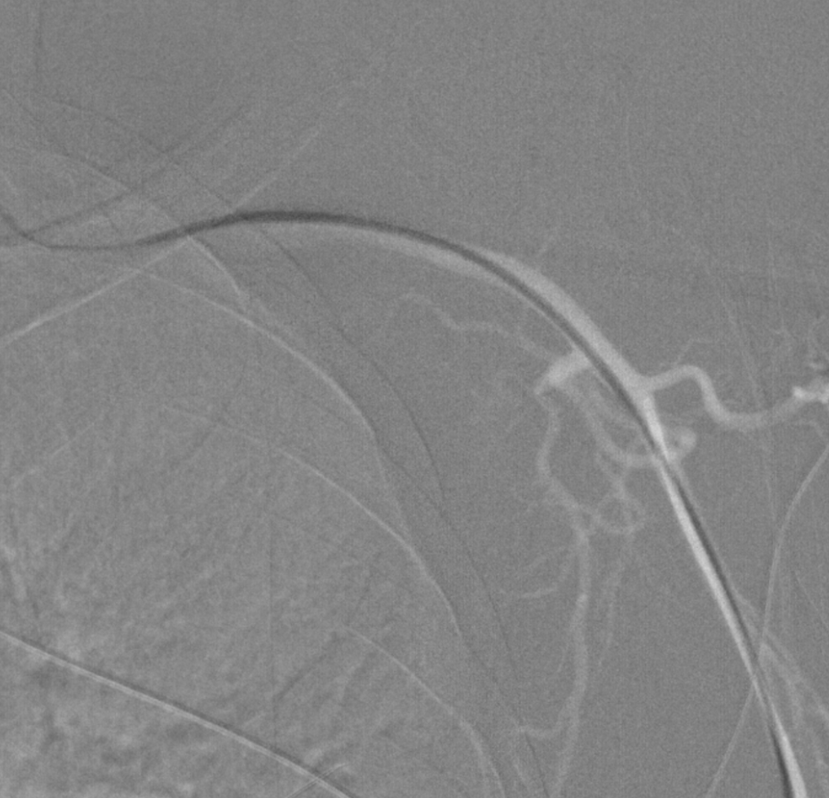 Angiography from left vert is more difficult than from right because the left subclavian tends to point straight down descending aorta while right brachiocephalic enters at somewhat of an angle. Here we used a Vitek. Usually we use a Sim 2 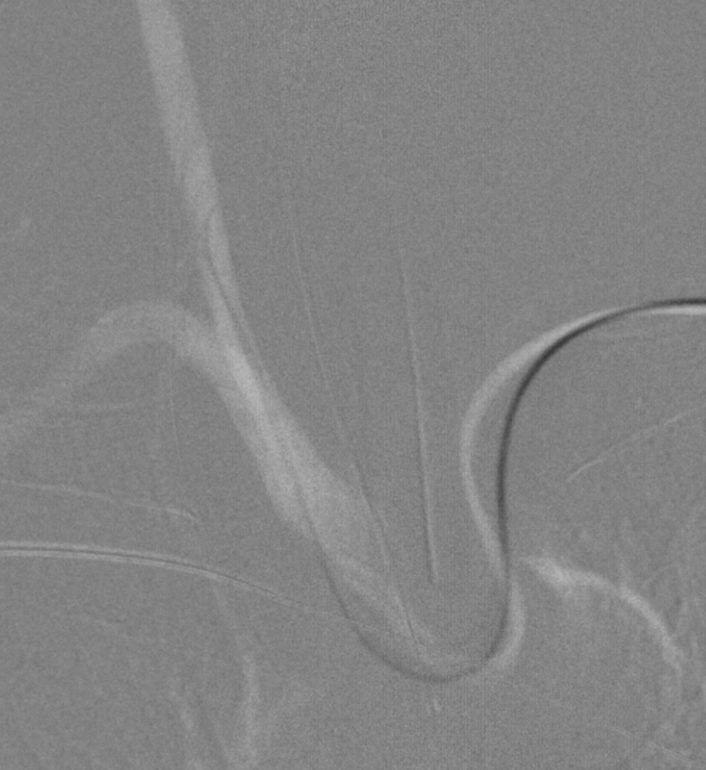 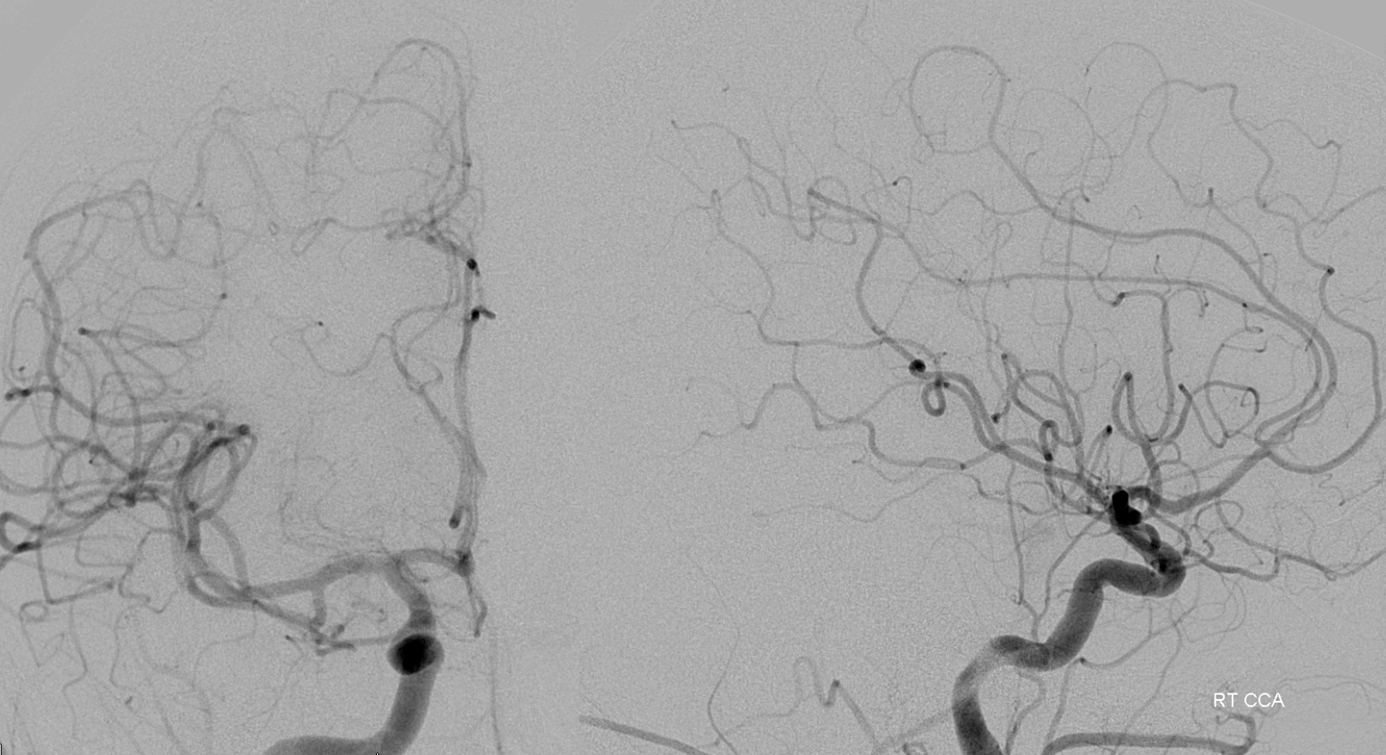 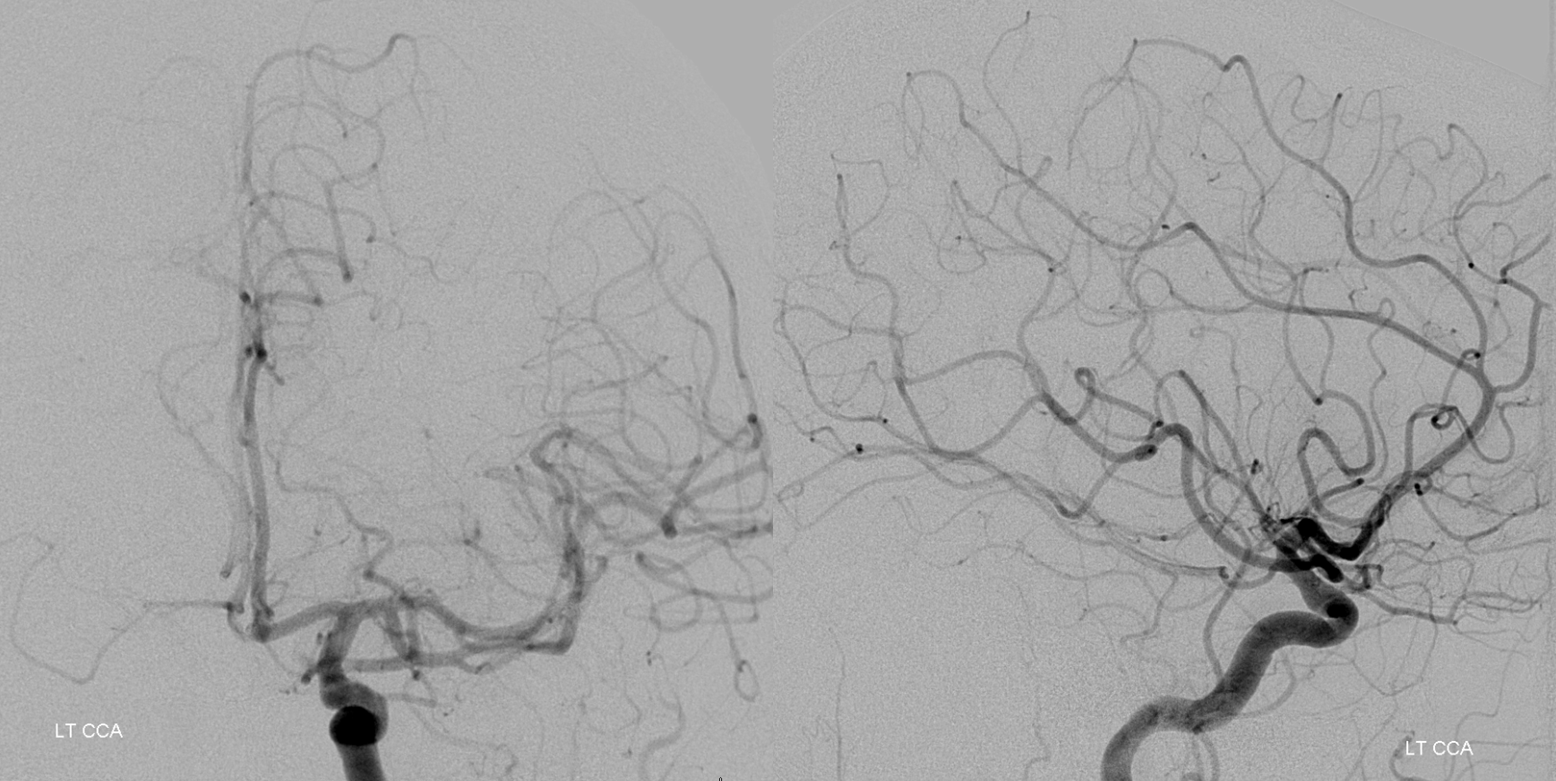 We exchange for a 4F vert before catheterizing vertabral arteries, as a rule.  Here a combination of Terumo 035 glidewire and 4F vert is our standard for vert catheterization 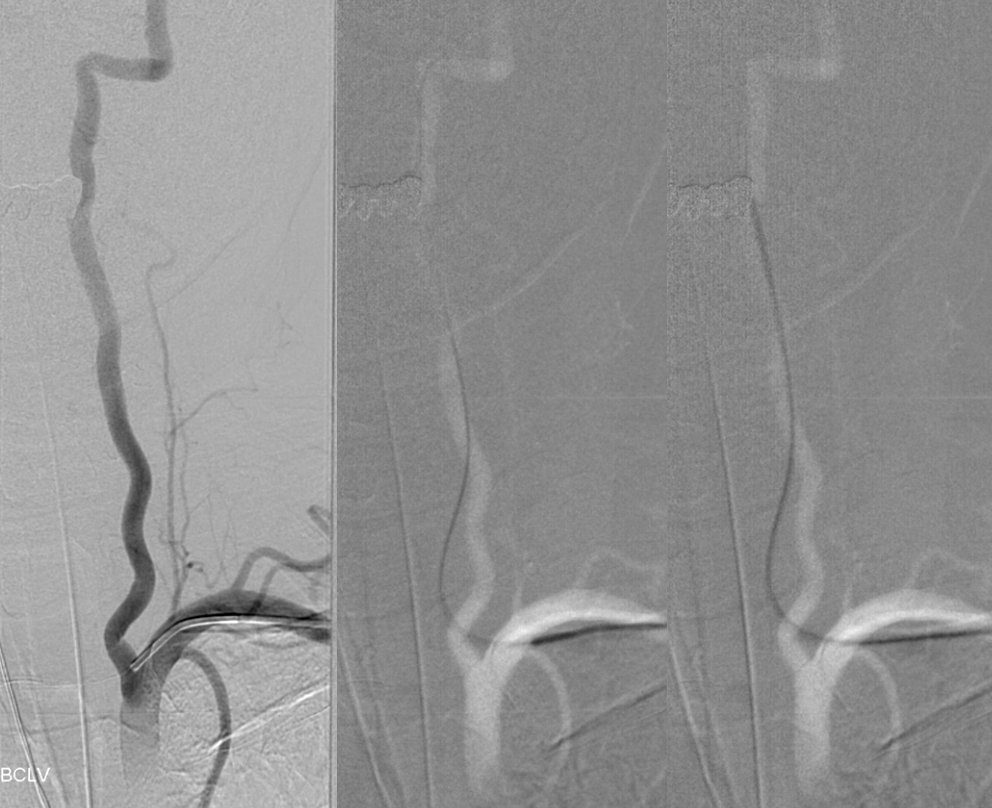 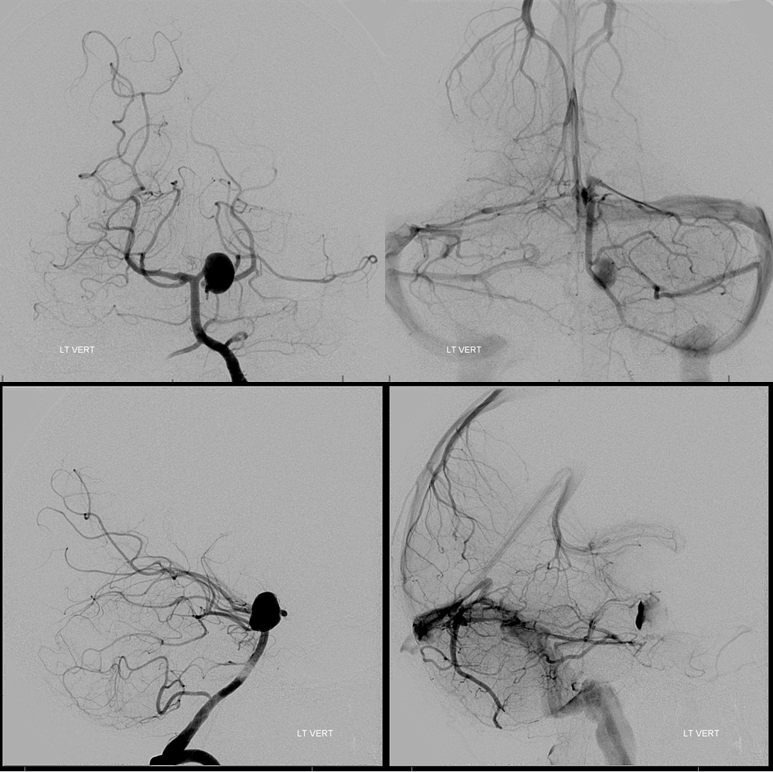 View with measurements.  Again, these are mirror image SCA aneurysms.  Of course they both involve the PCA, left much more than right, yet fundamentally they are SCA bifurcation aneurysms in setting of variant SCA origin 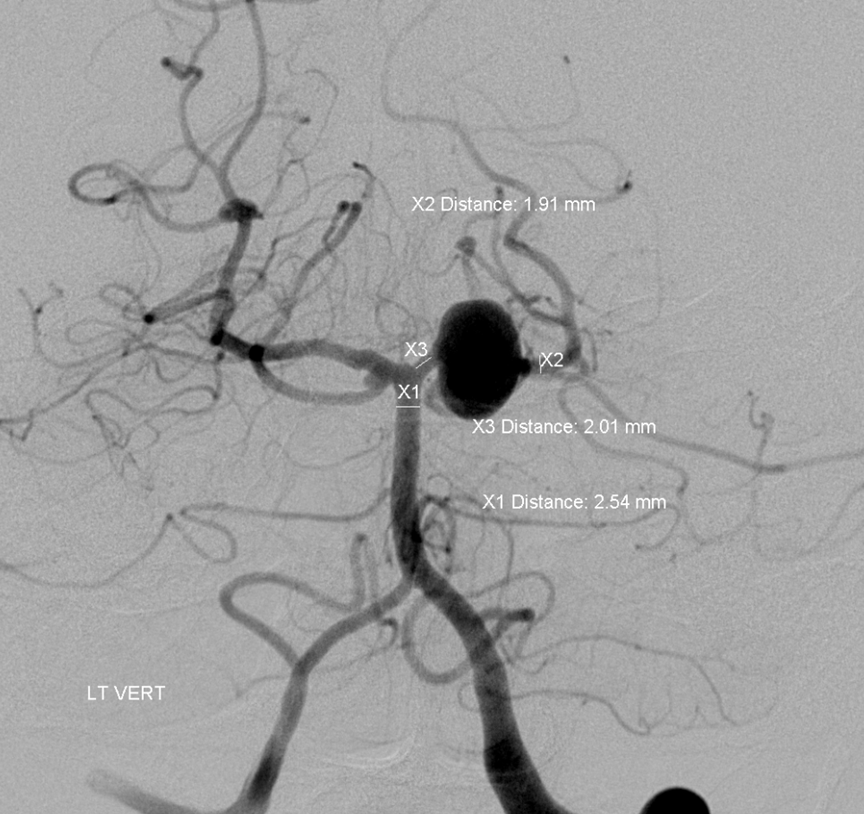 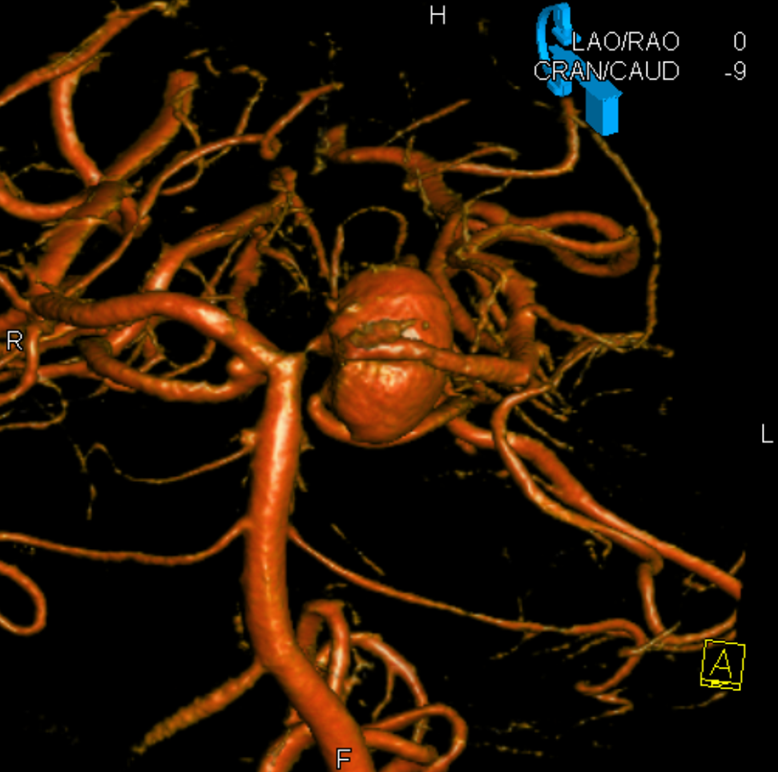 Now, for the purists.  We considered coiling the aneurysm and thus sacrificing the left SCA.  However a BTO showed that there was no effective SCA reconstitution via the AICA or PICA.  PCA reconstitution was not accessed given balloon position.   BTO was a failure 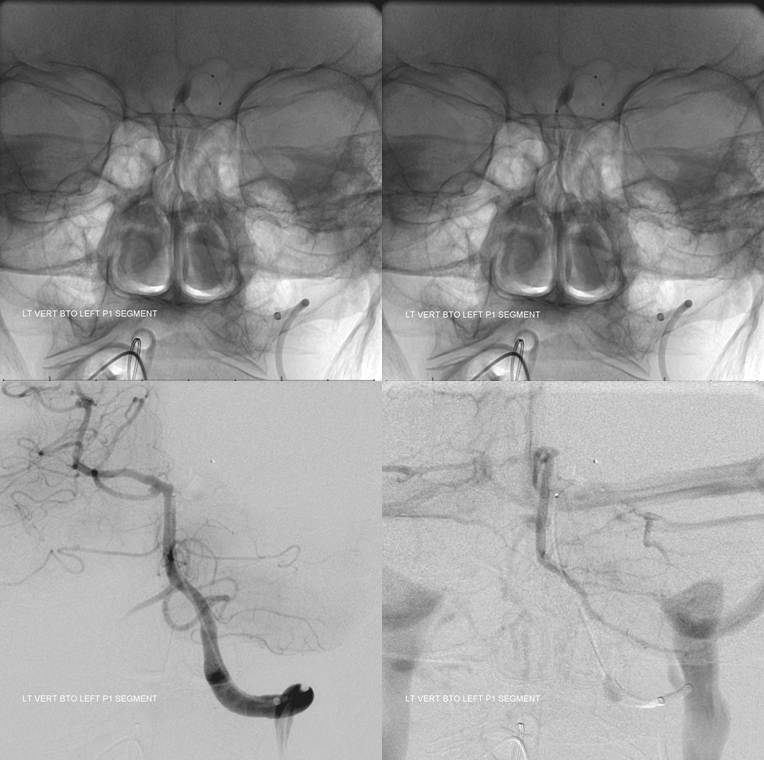 The 4F VERT was exchanged for our choice of Navien 058 115 cm which was placed into the distal cervical vert (seen on image below).  Catheterizing the left distal PCA was much easier said than done, but it worked.  Synchro 14 soft and Phenom 027.  It followed the synchro. 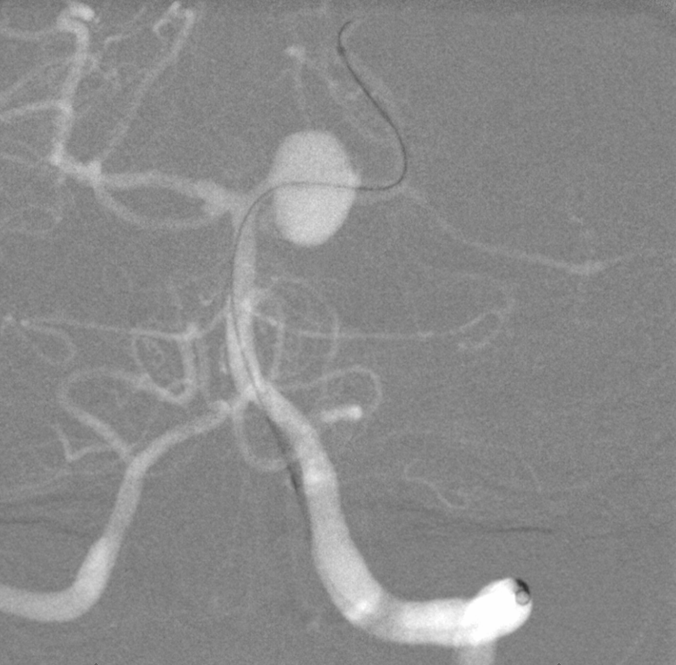 Two Pipelines were placed — 2.75×14 and 2.75×10.  While multiple PEDs is certainly our approach, using same diameter ones to overlap each other is not.  In this case, precise placement with proximal end just at P1 origin without prolapsing into the basilar was required and achieved, and we did not want to compromise this with a different diameter second stent.  Plus, small diameter devices give high baseline coverage anyway.  See Pipeline Device Properties page for more info 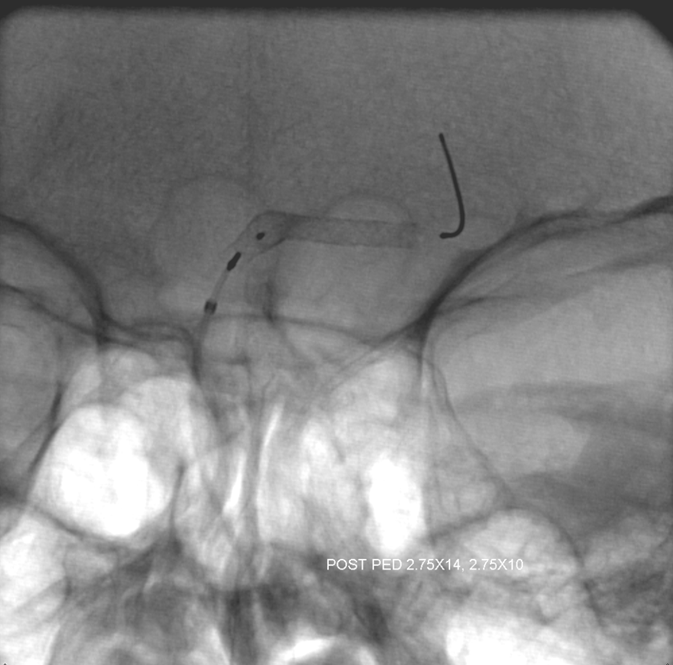 A micro injection from proximal P1 position shows presence of a posterior thalamic perforator which was not appreciated prior to PED placement — but was anatomically likely to be present.  Another reason to be careful at the P1 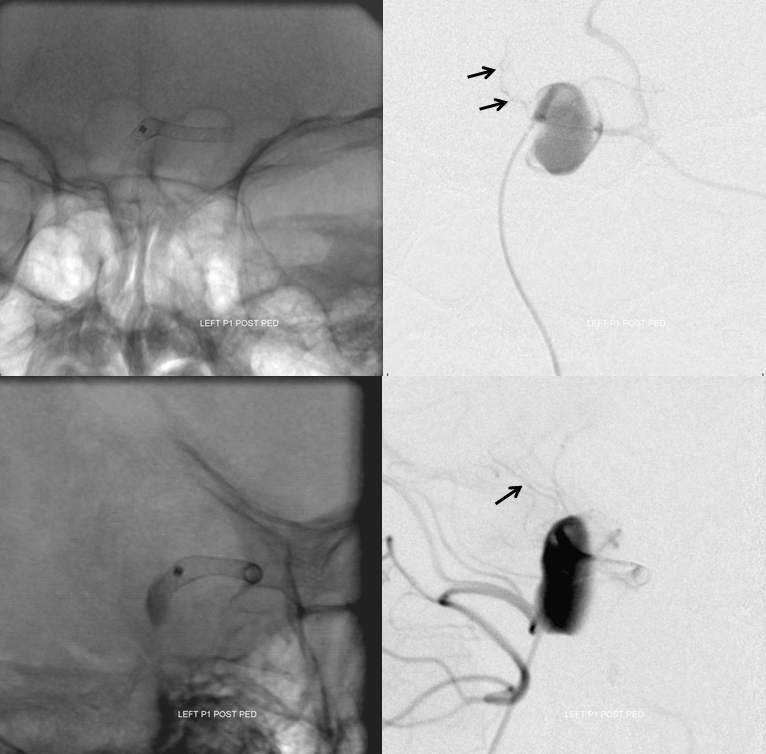 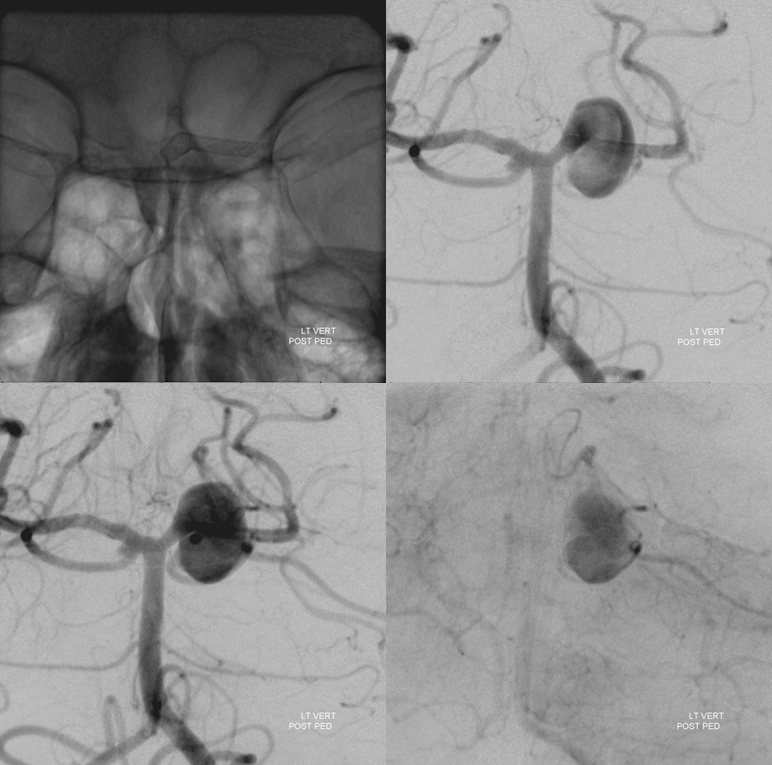 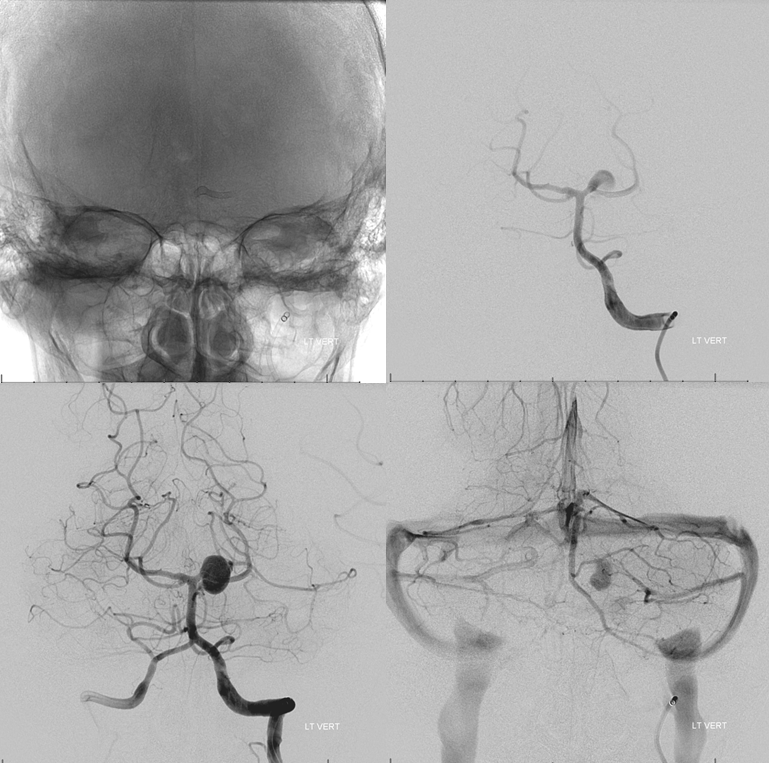 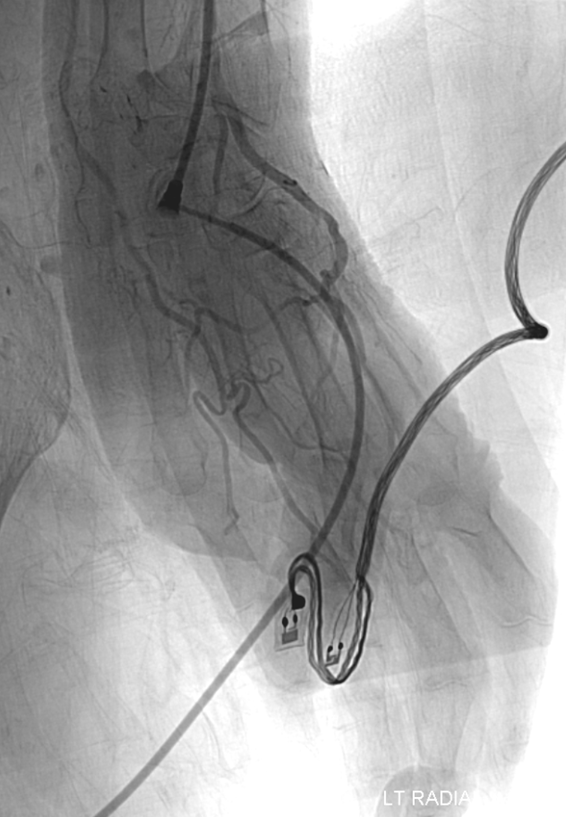 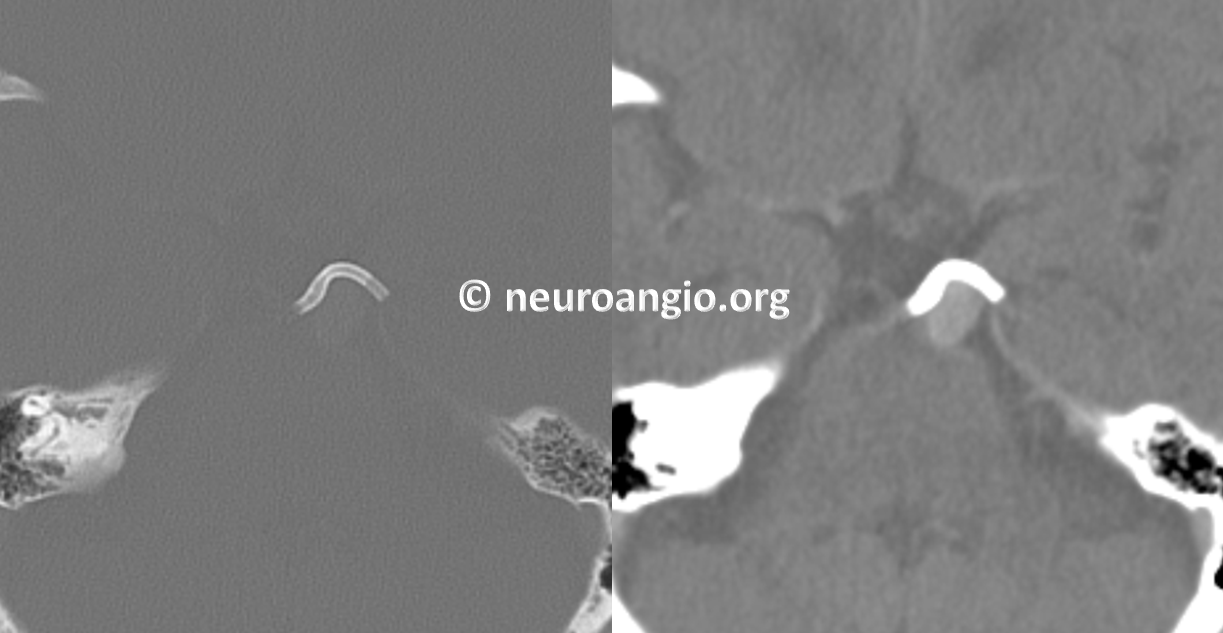