Part of our CT / CT perfusion correlation collection — pretty much for those who don’t believe in perfusion — a few cases to show what you are missing.  However, to each his own. 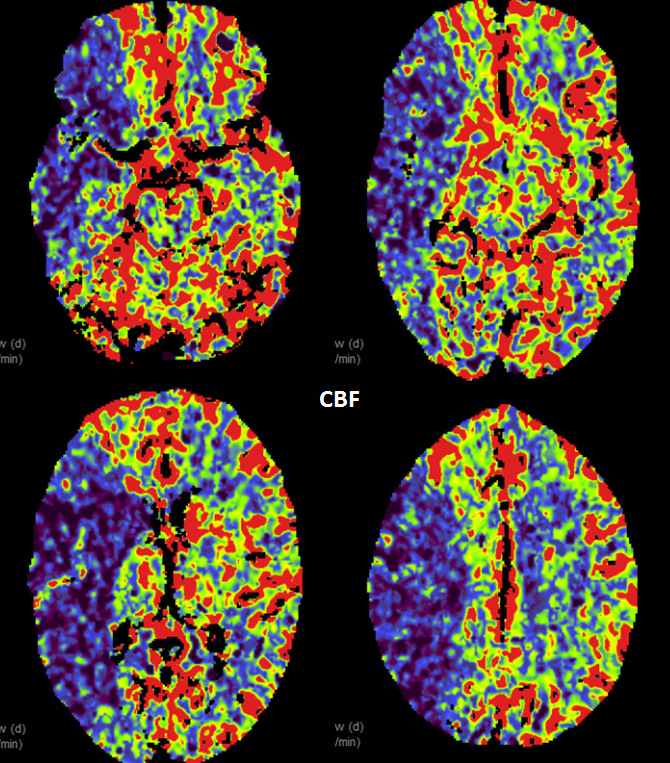 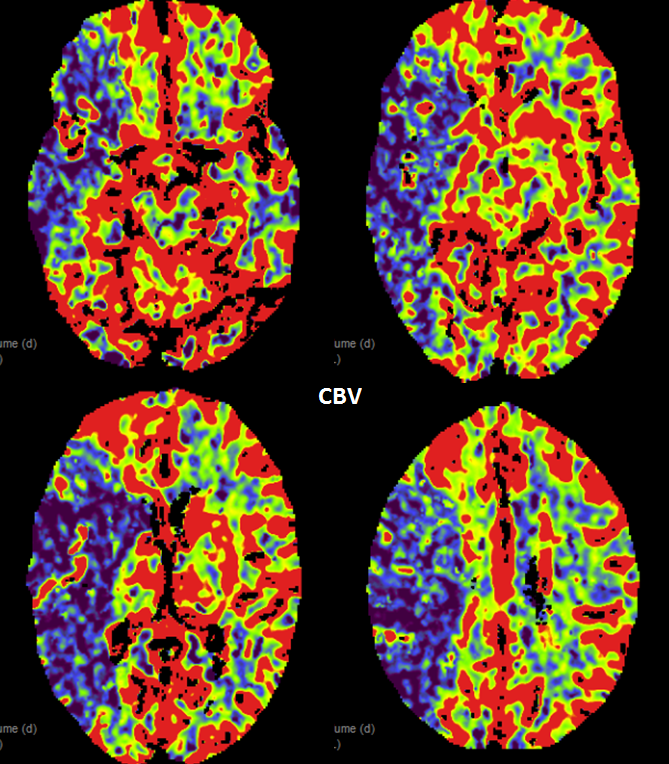 Below are a curiosity most of you are not familiar with — and for good reason.  These are “Olea” maps, the “latest” version as of 2017.  Some people use it — red is “dead brain” yellow is penumbra.  Of course, the new version is so much better than the old, where Olea would mark skin, skull, and/or ventricles as either penumbra or dead brain.  Now its just brainstem and cerebellum — I guess its progress.  Personally, I never use Olea maps for stroke, yet… 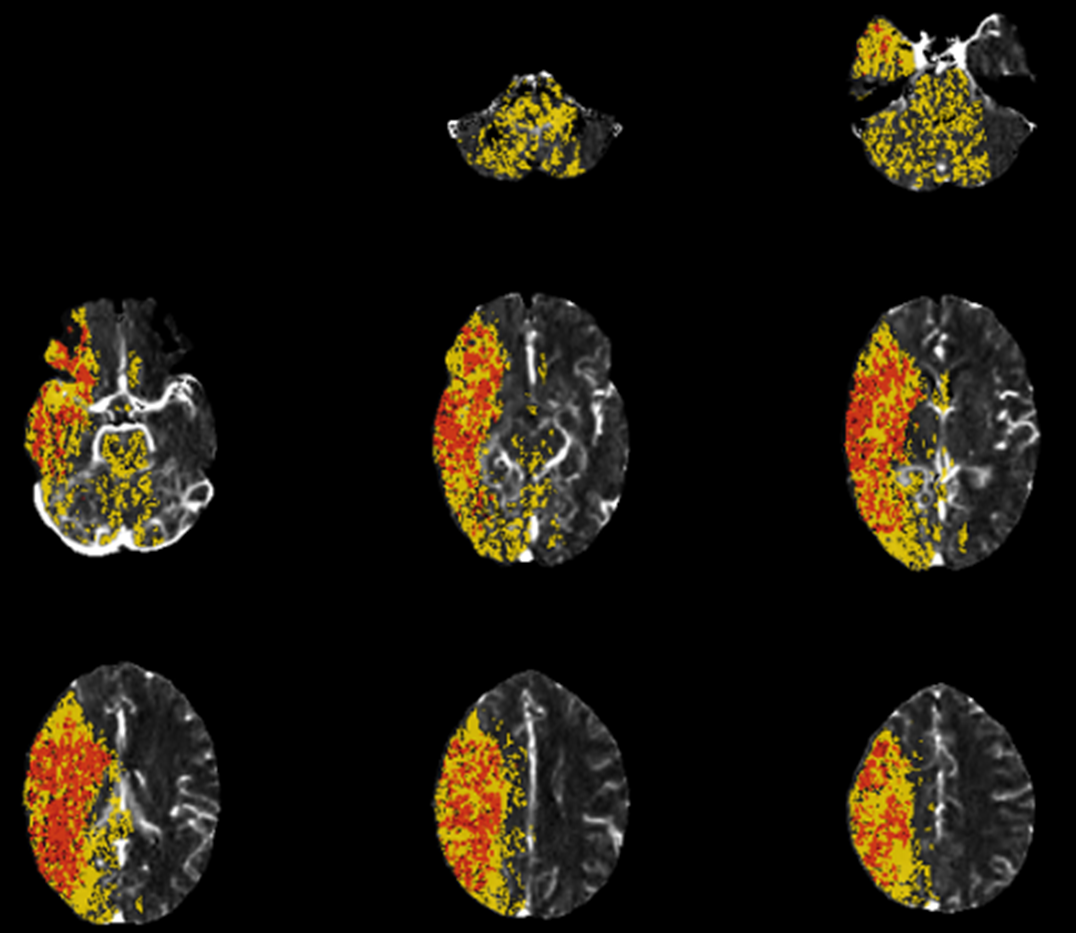 Angiographic correlation, pretty much no collaterals. 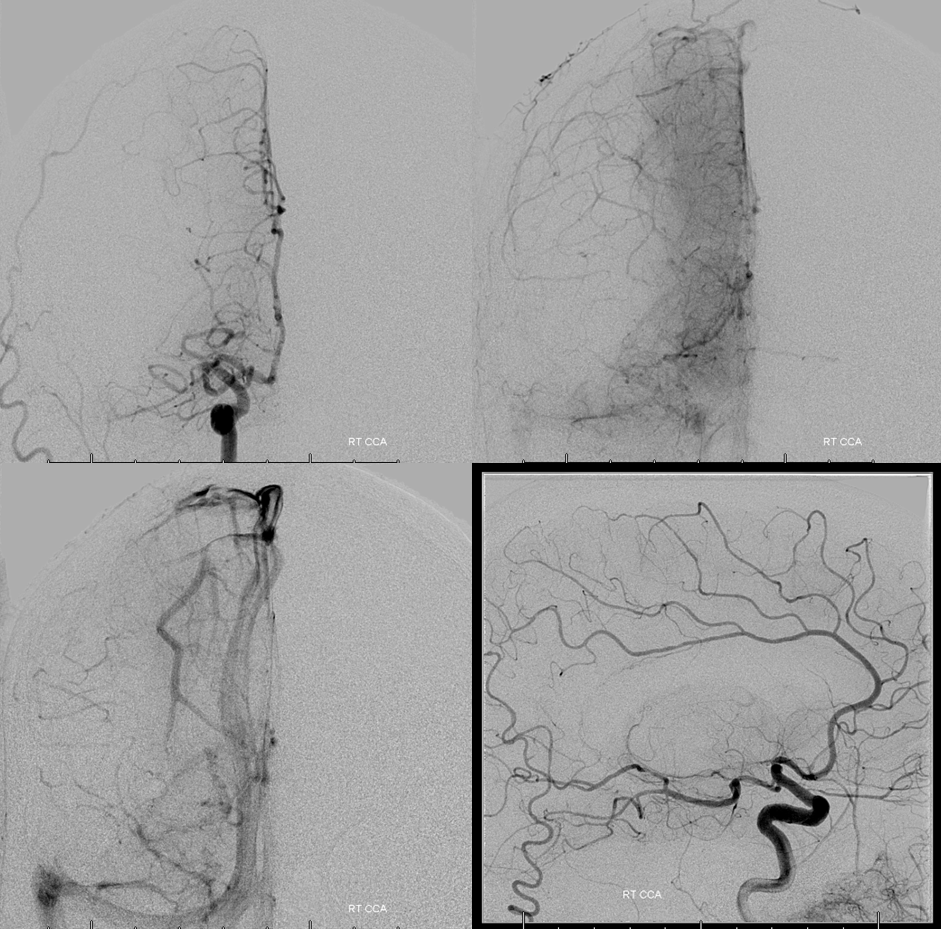 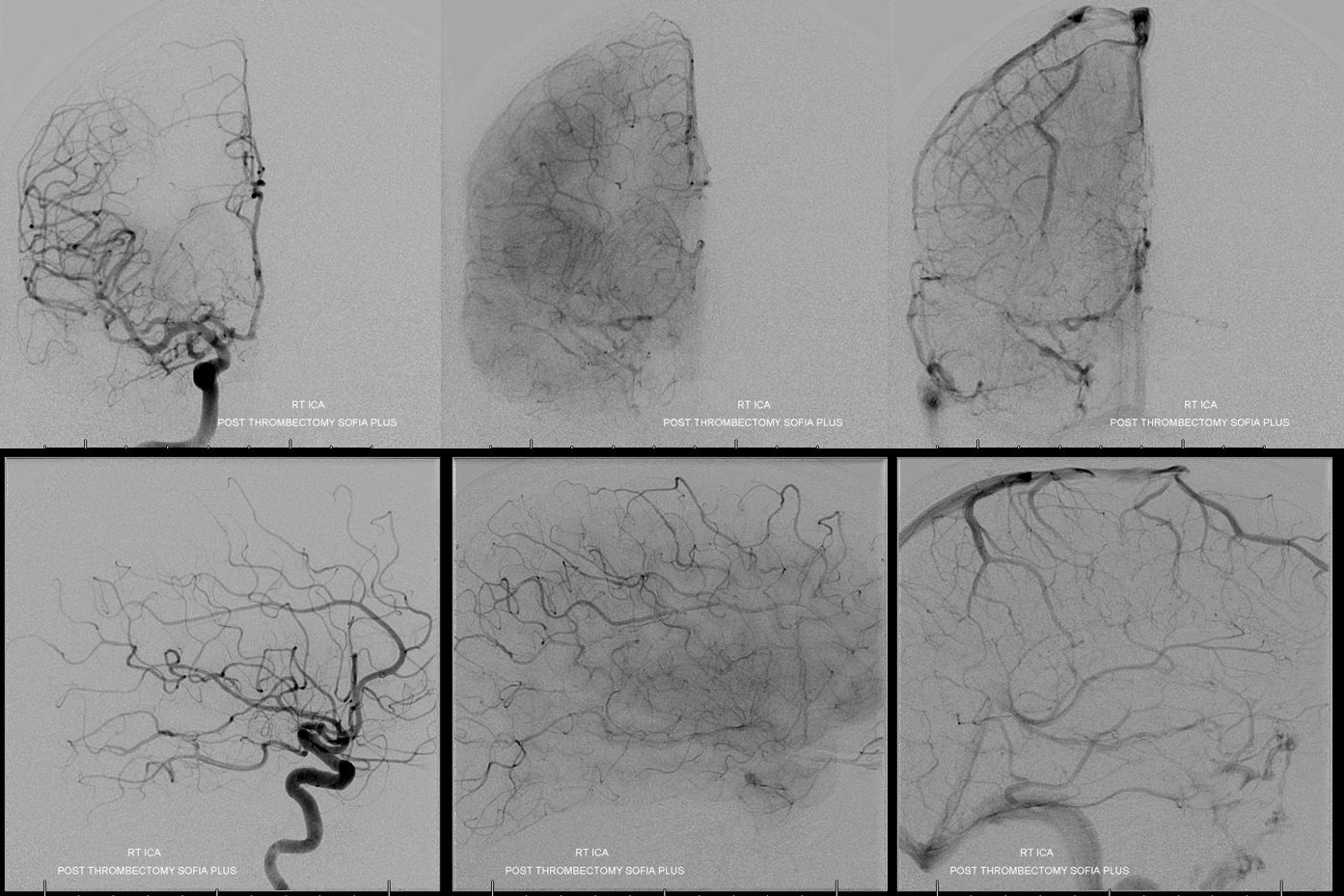 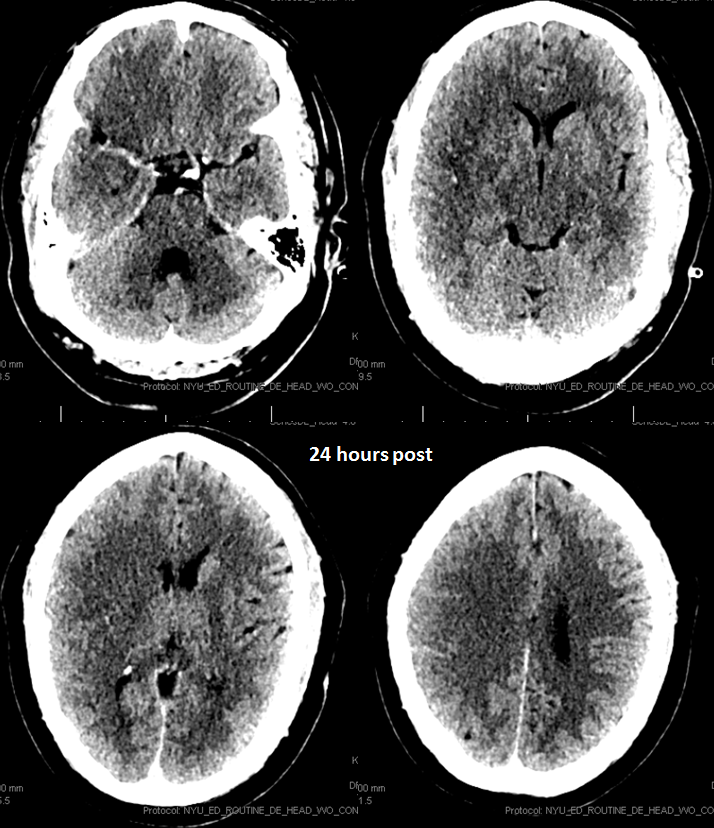 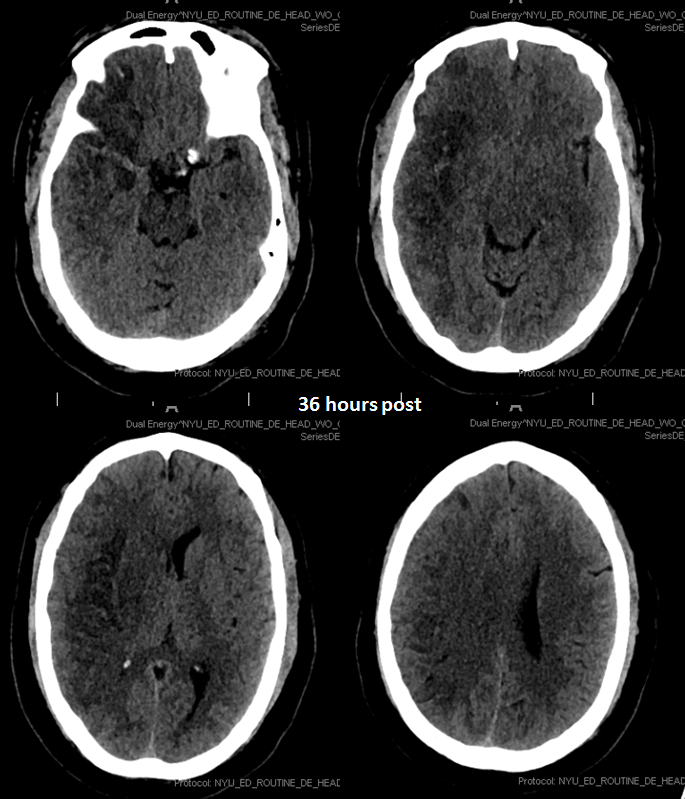 So, we can’t really overstate this enough — a hemicraniectomy works only before they herniate.  The above 36 hour post CT is the time to do it.  If you do it late, it looses value.  So, don’t do what they did to my colleagues mother in our neighbor to the north — don’t argue against it and wait until she herniates to actually do it — it only adds insult to injury. 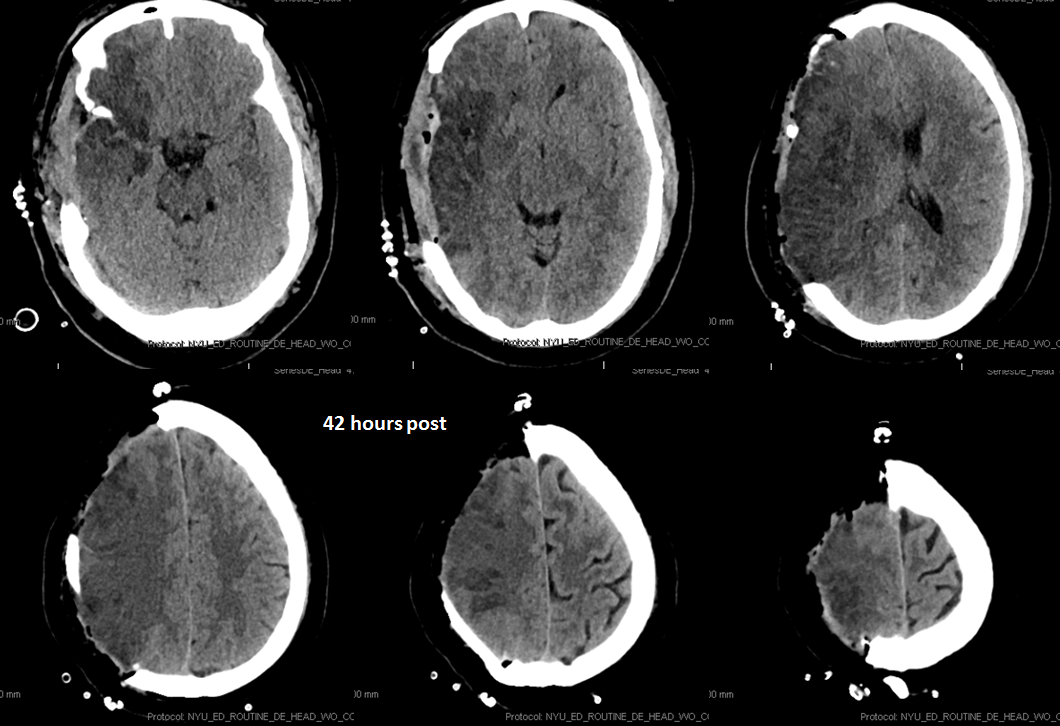 So, what would you do if your stroke neurologist asked you to intervene?