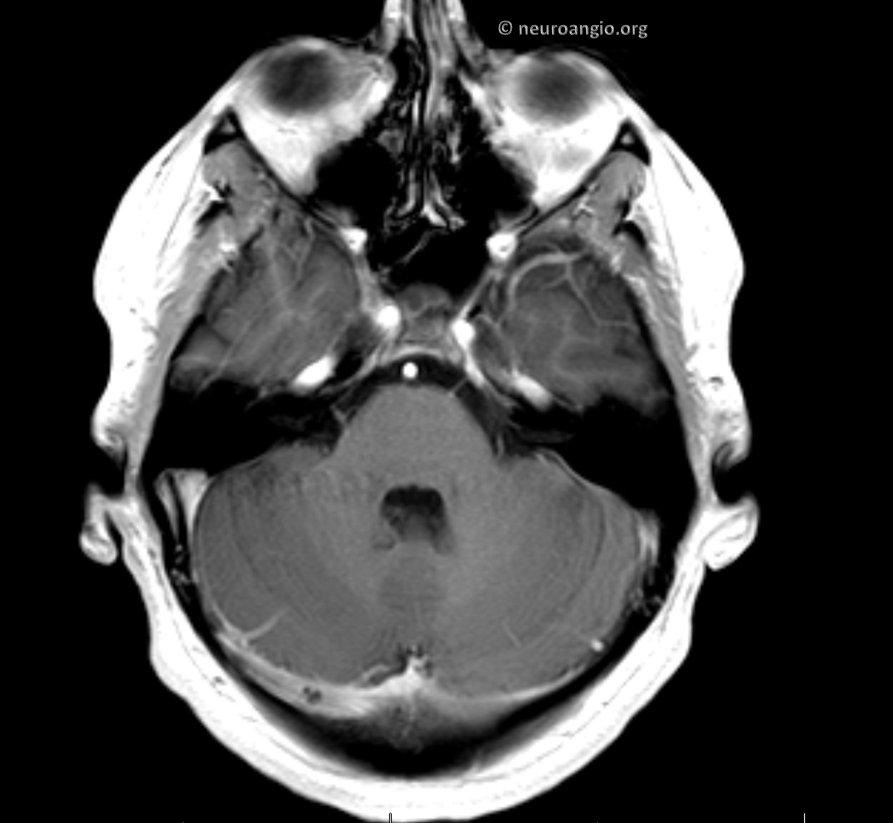 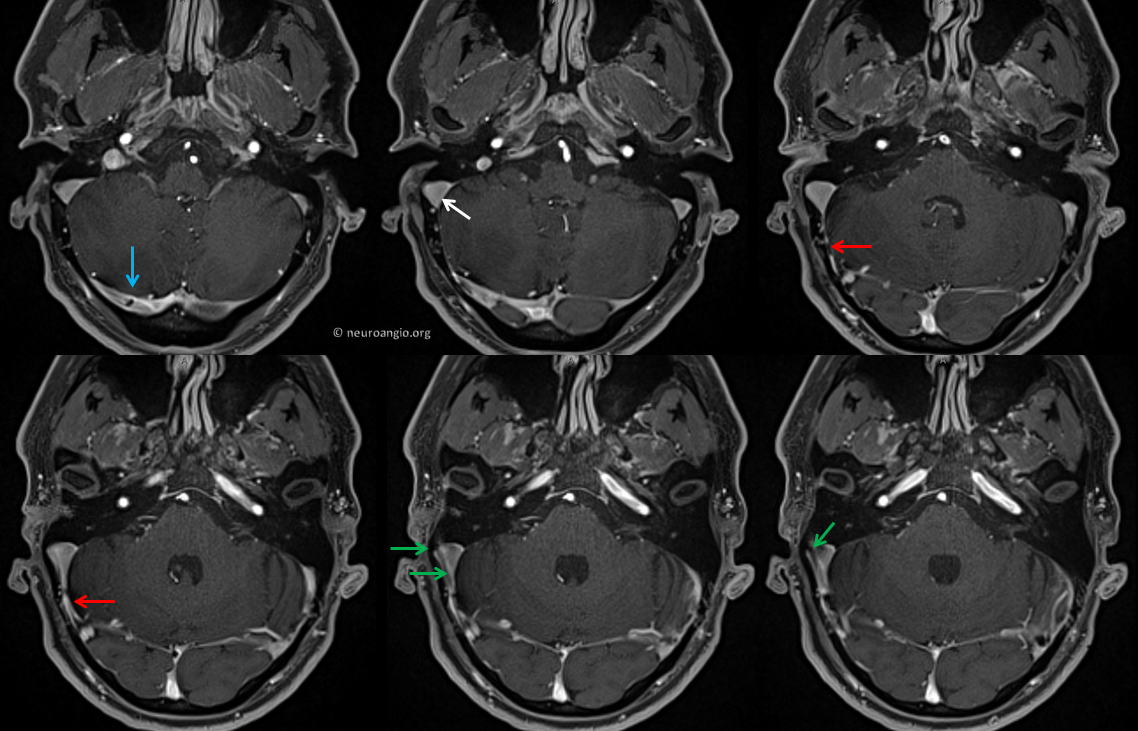 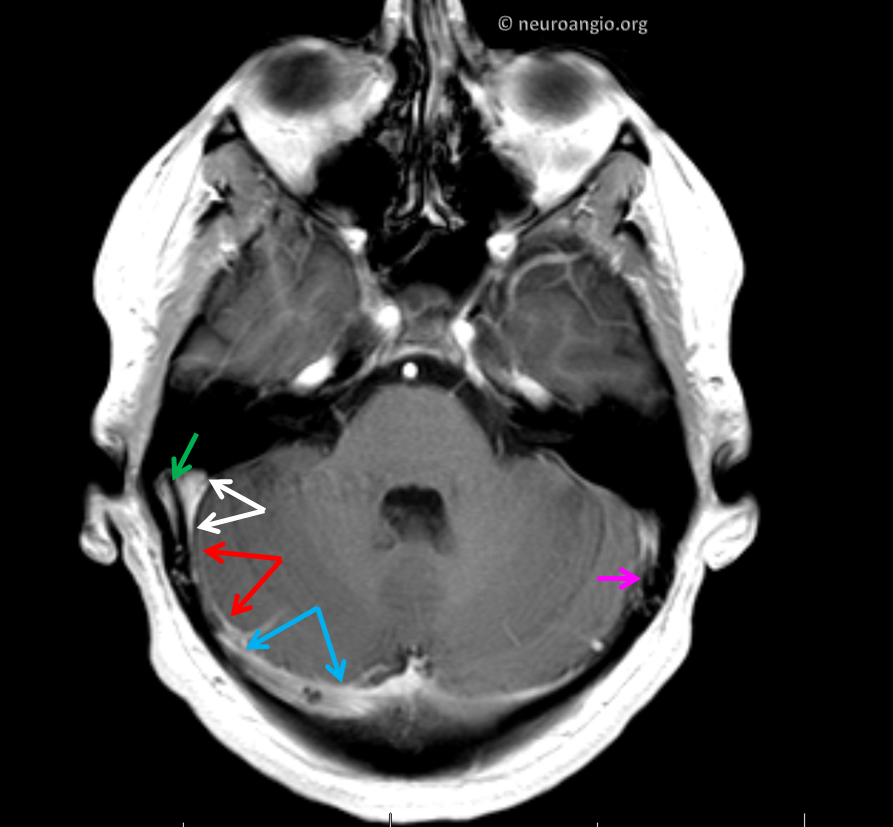 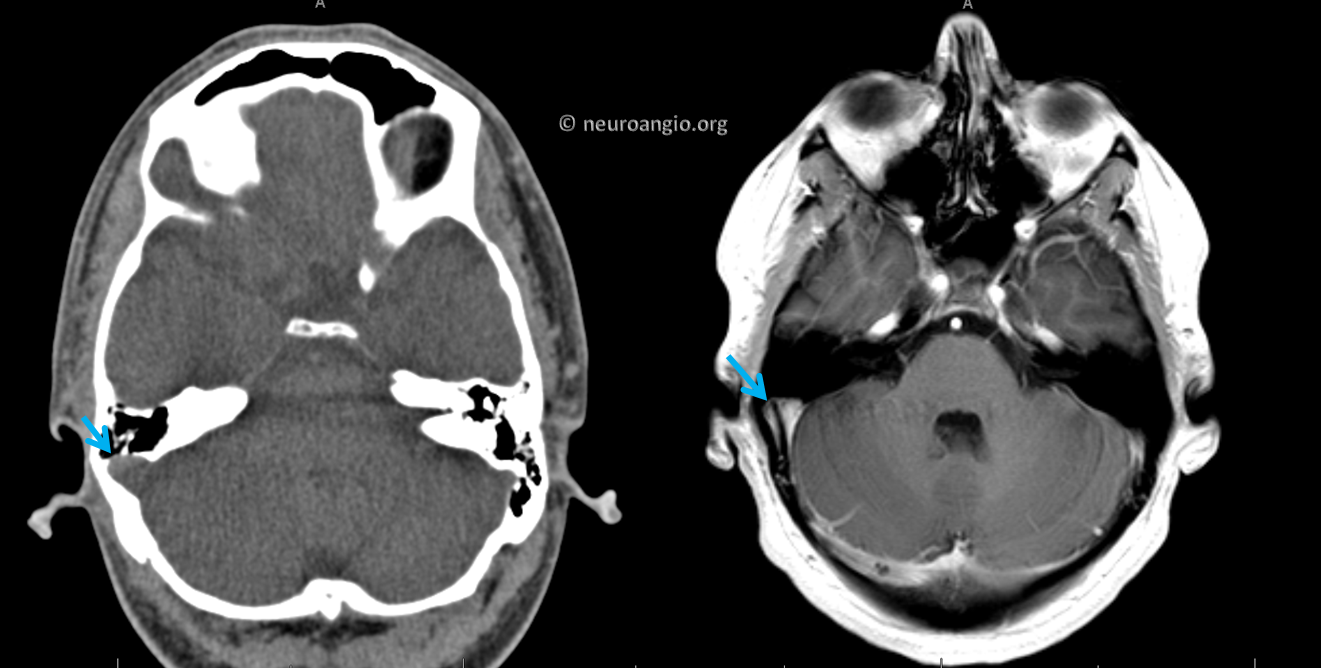 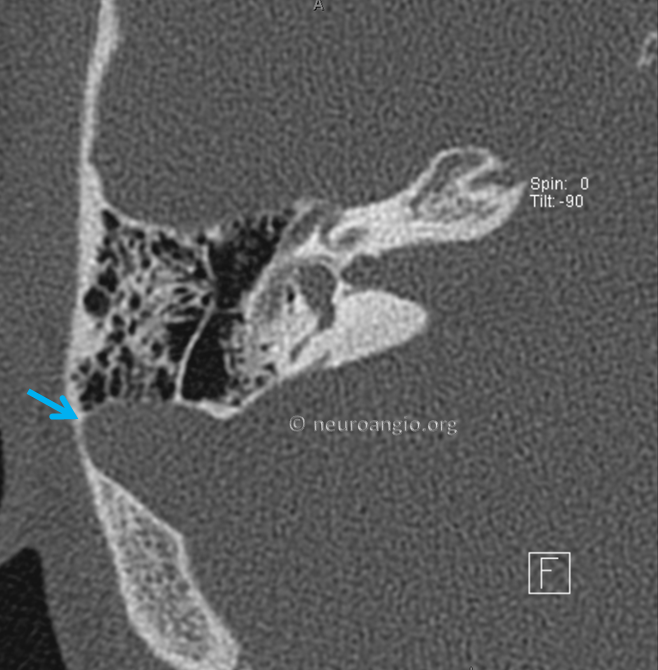 Below is an example of a really large diverticulum, remodeling the temporal bone, on a “DYNA CT” — modern angiographic version of temporal bone CT 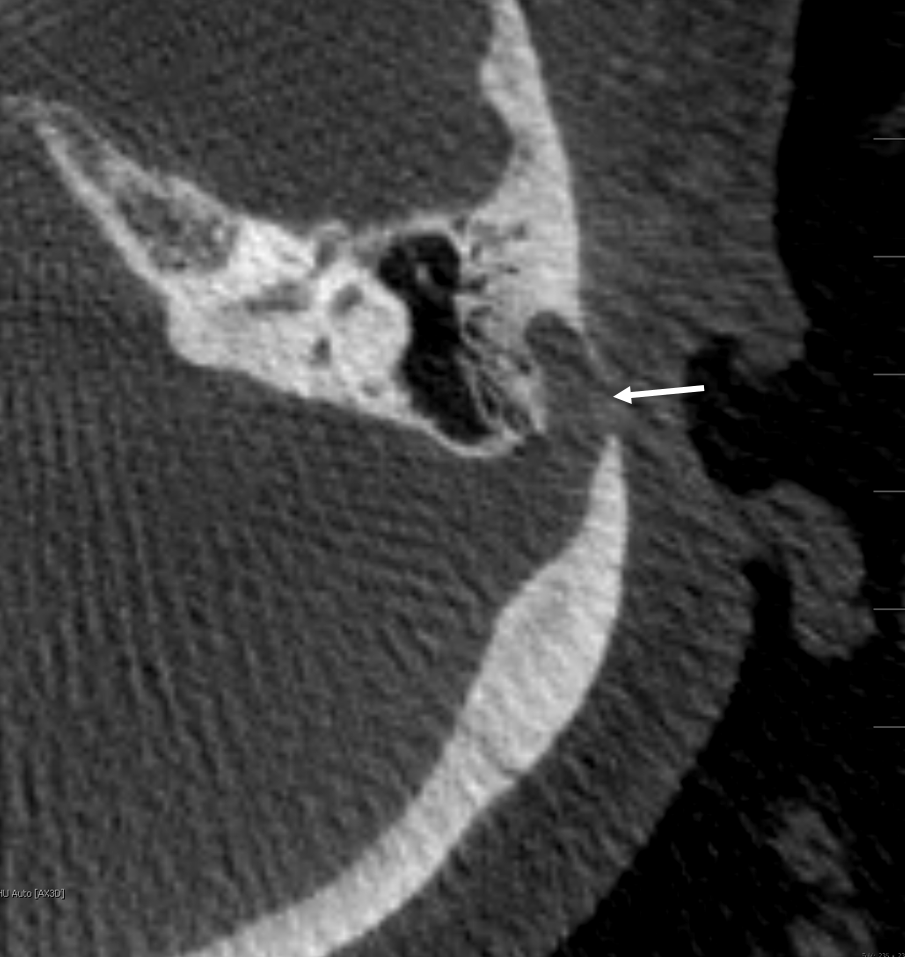 The angiogram shows the diverticulum (arrows).  However, the primary problem is the stenosis (dashed arrows). The direction of blood flow, impacting temporal bone and sculping out the diverticulum, is shown by open arrow 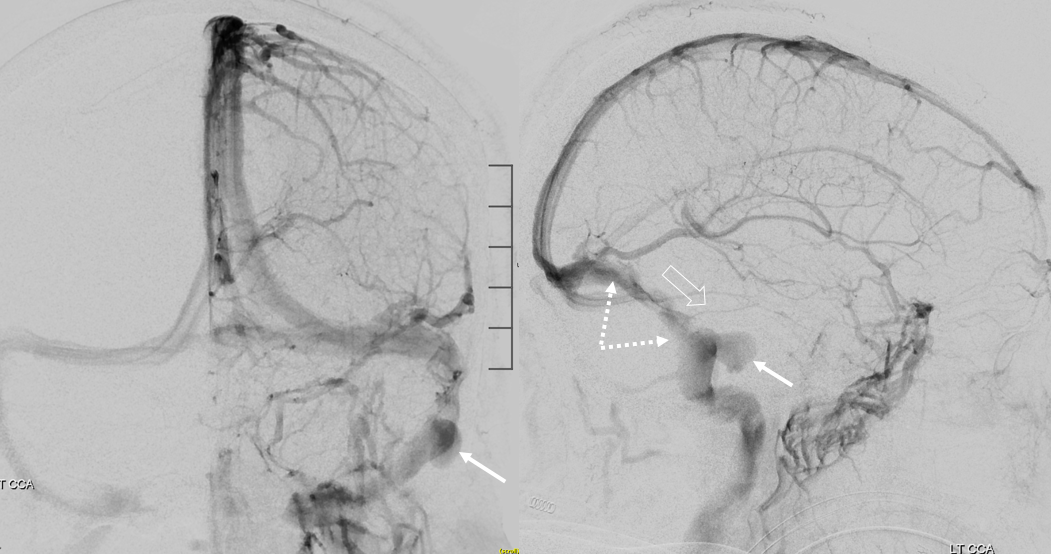 Below are some variations.  In this case, the dominant sinus and PT are both on the left. Again, compression of left jugular vein stops the sound.  The same color arrows apply, including flow jets (green, purple).  A small arachnoid granulation (yellow) is present.  Its size and position make it an unlikely cause of PT However, in a few causes they see to be the culprit. 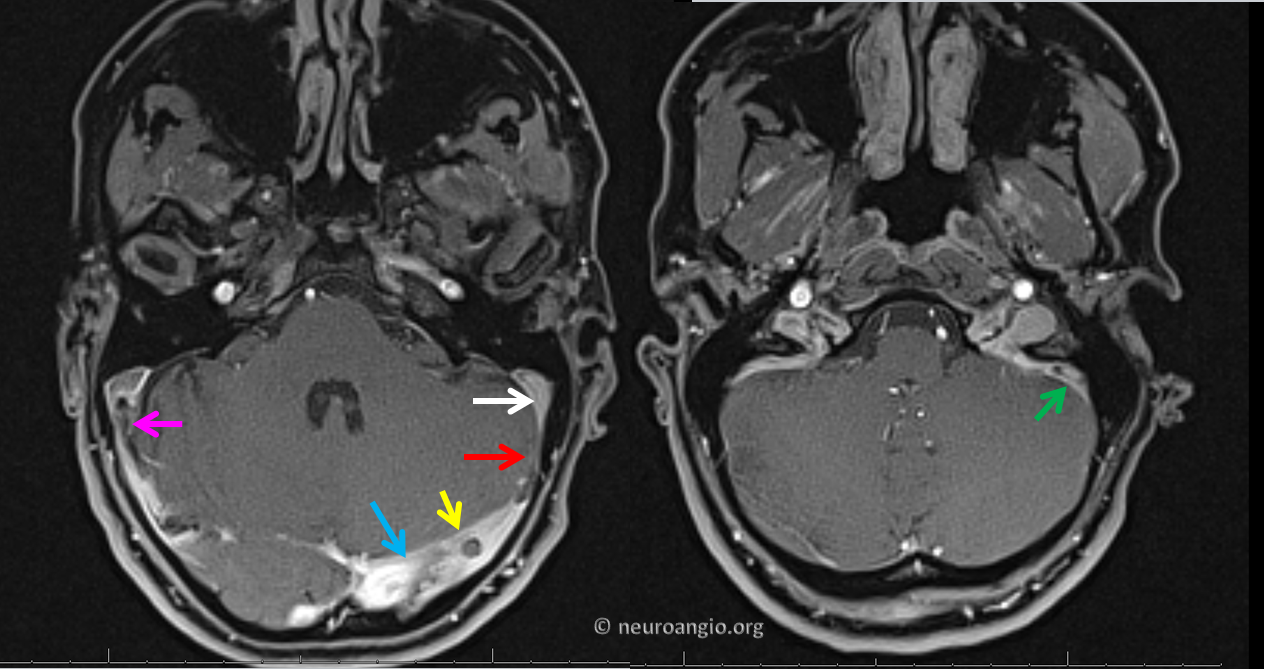 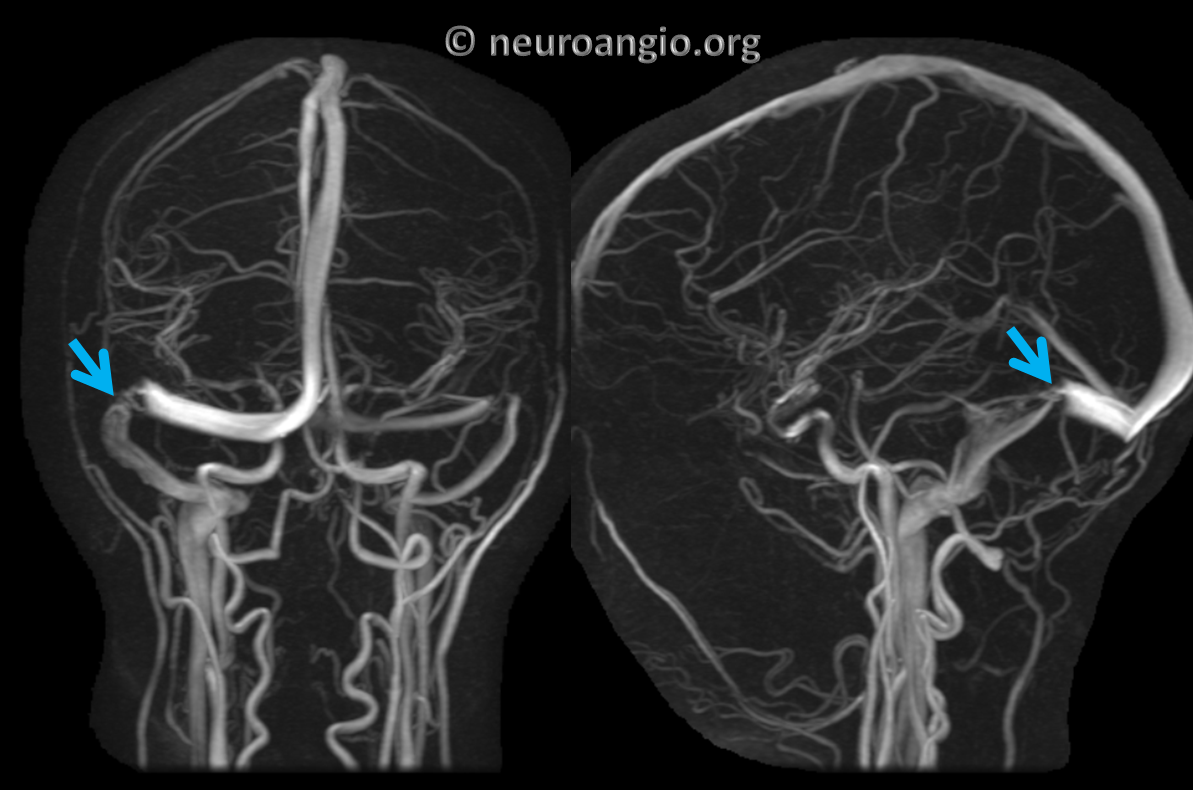 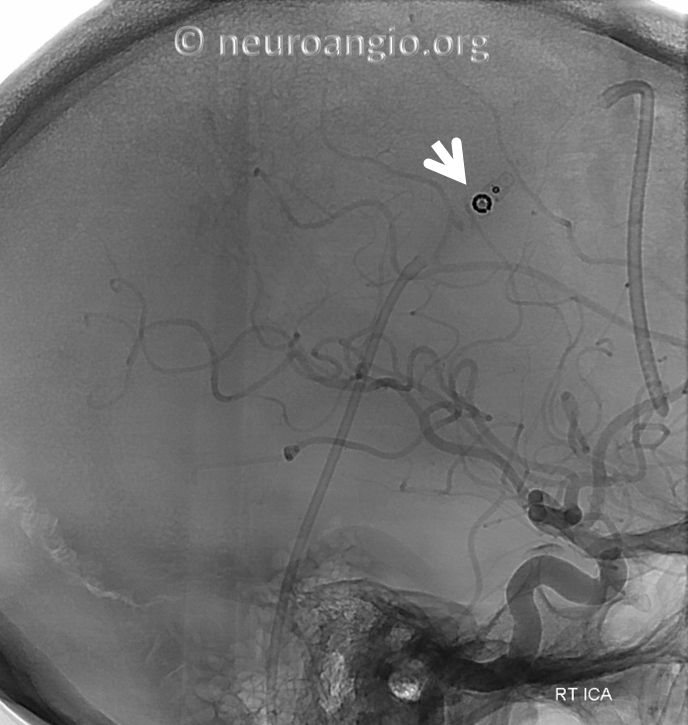 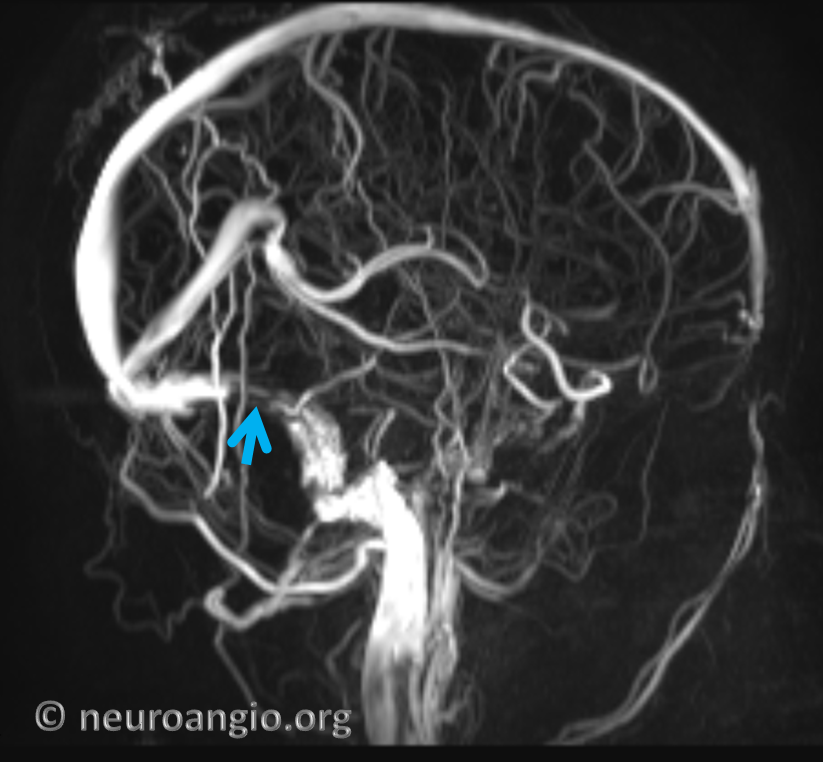 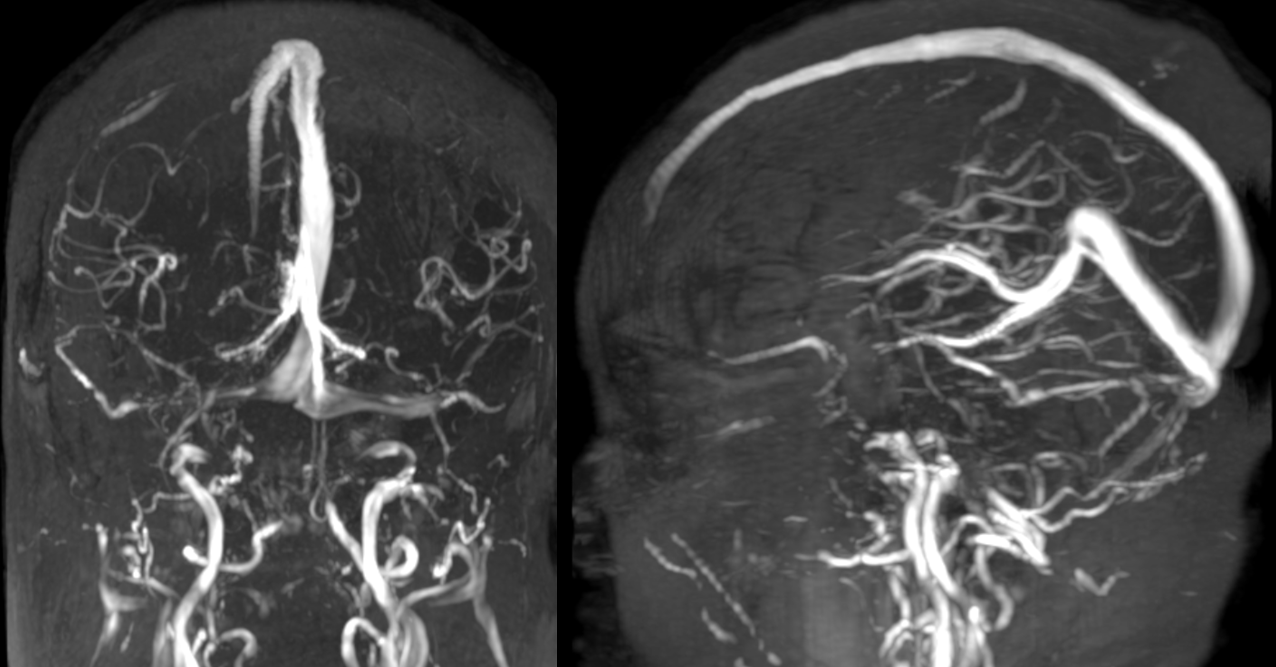 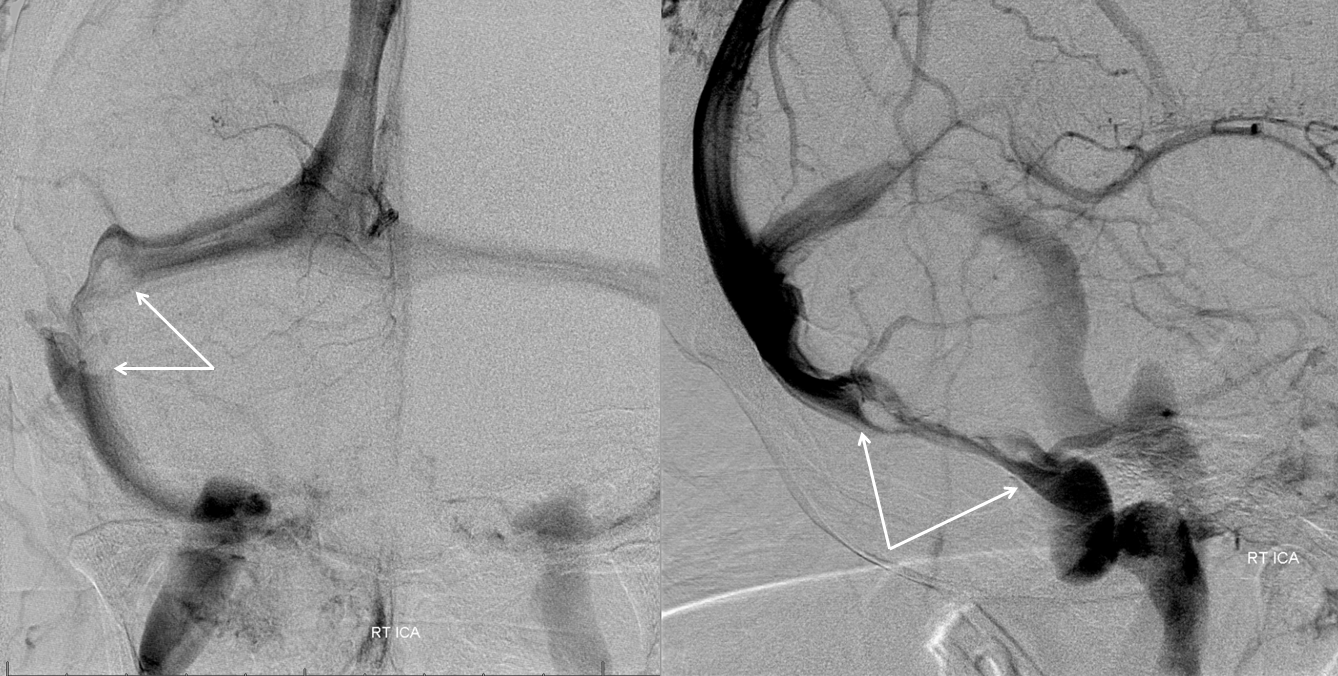 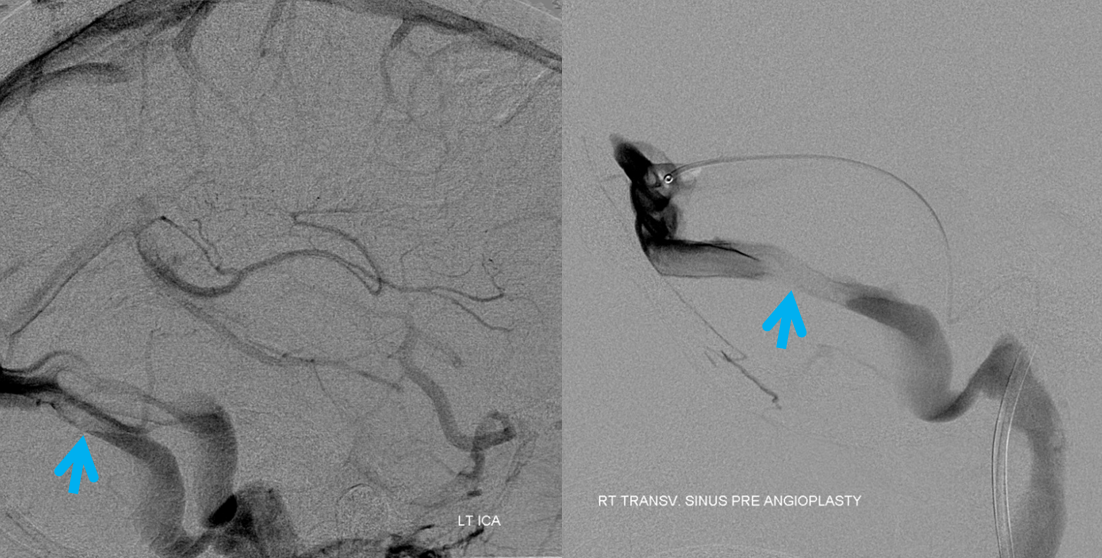 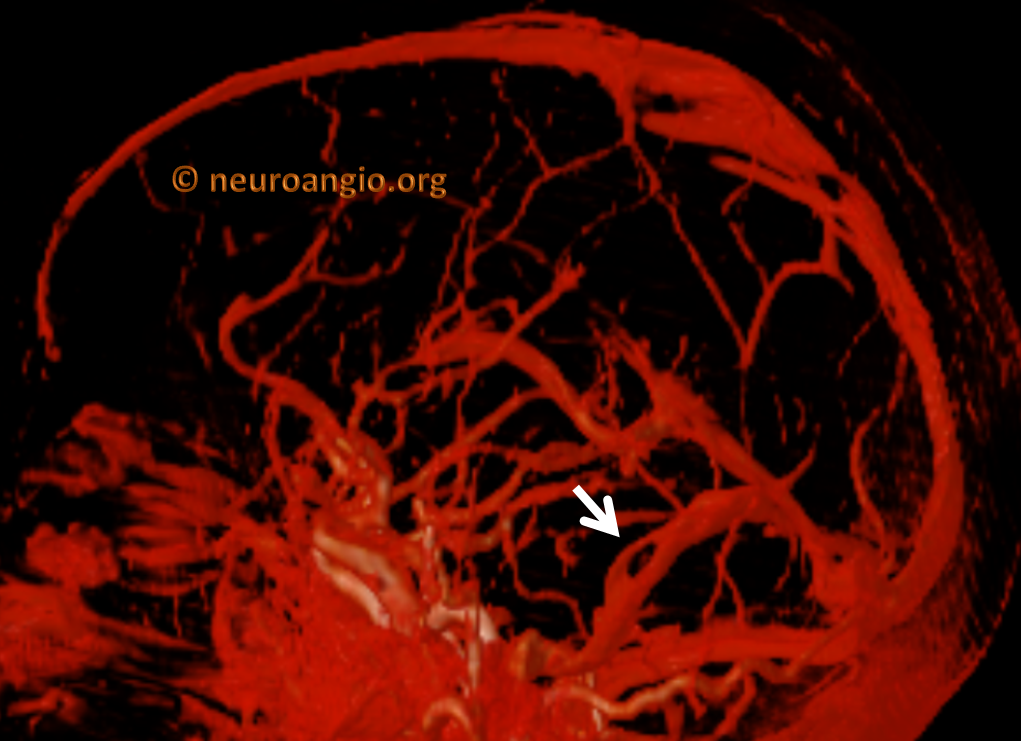 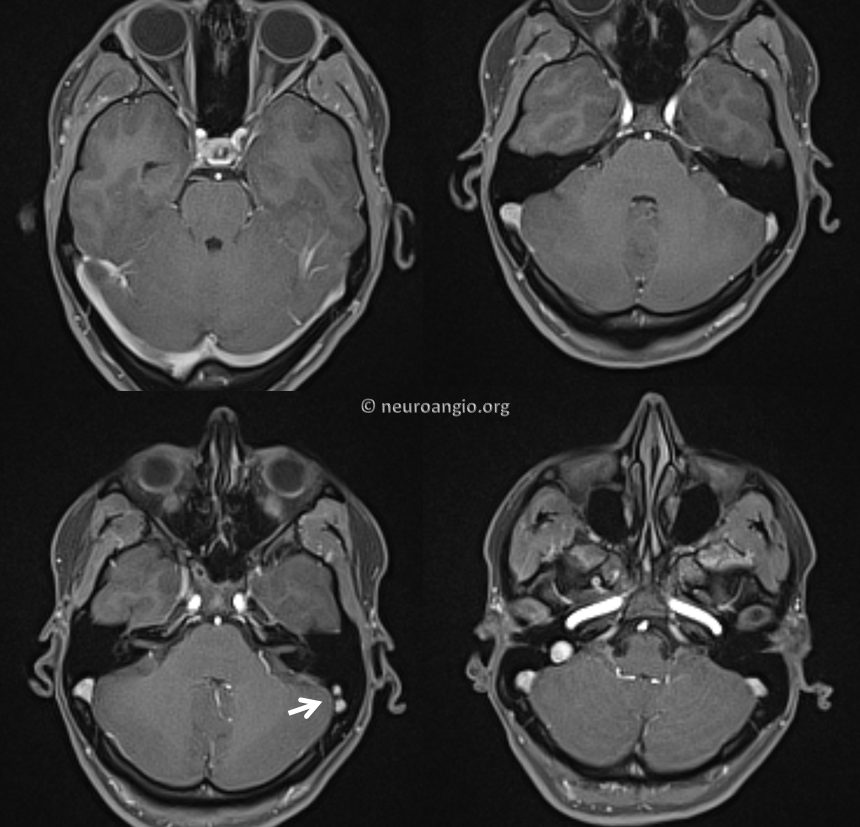 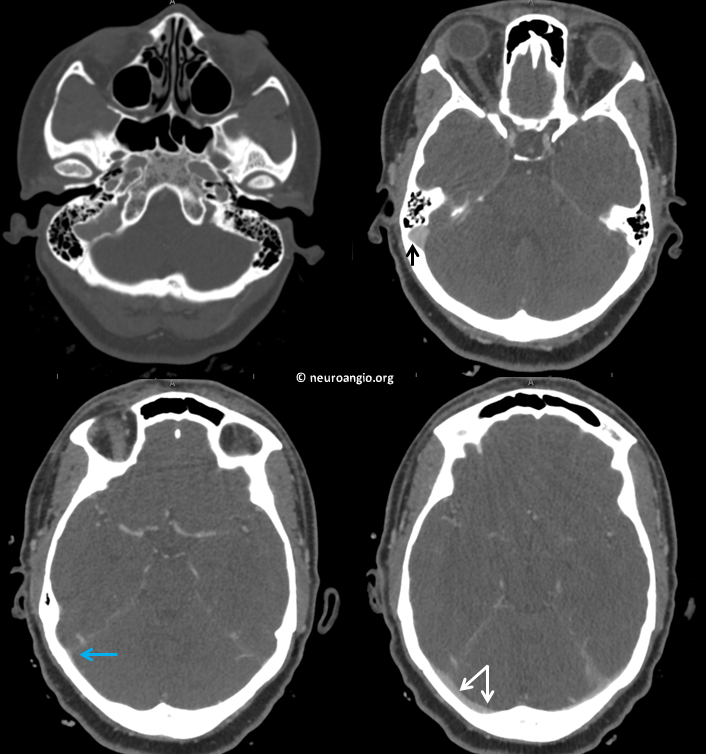 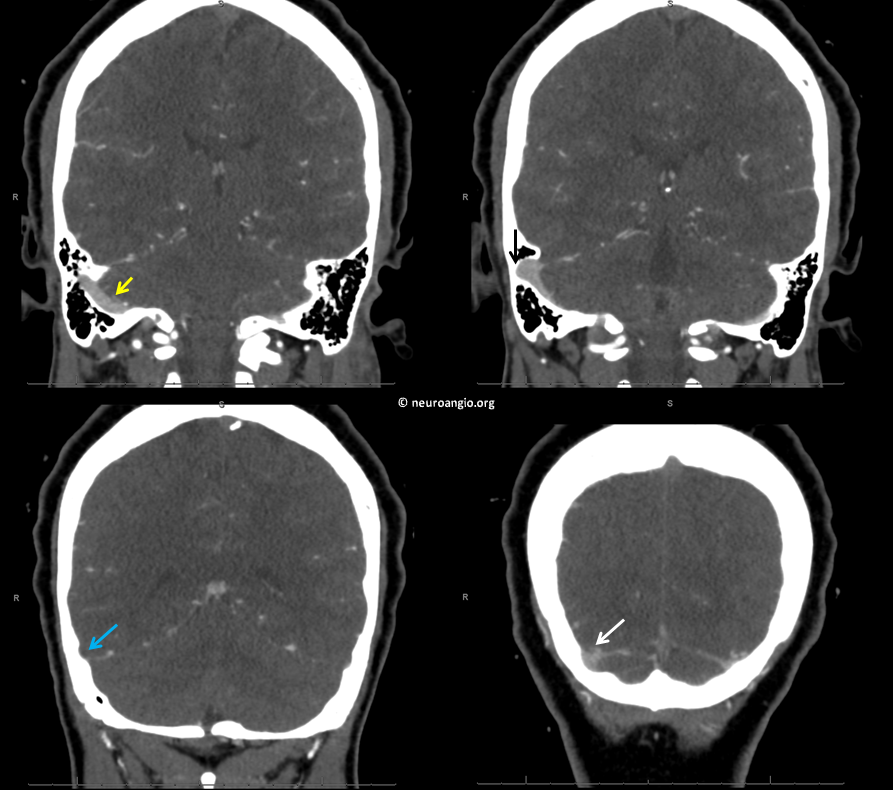 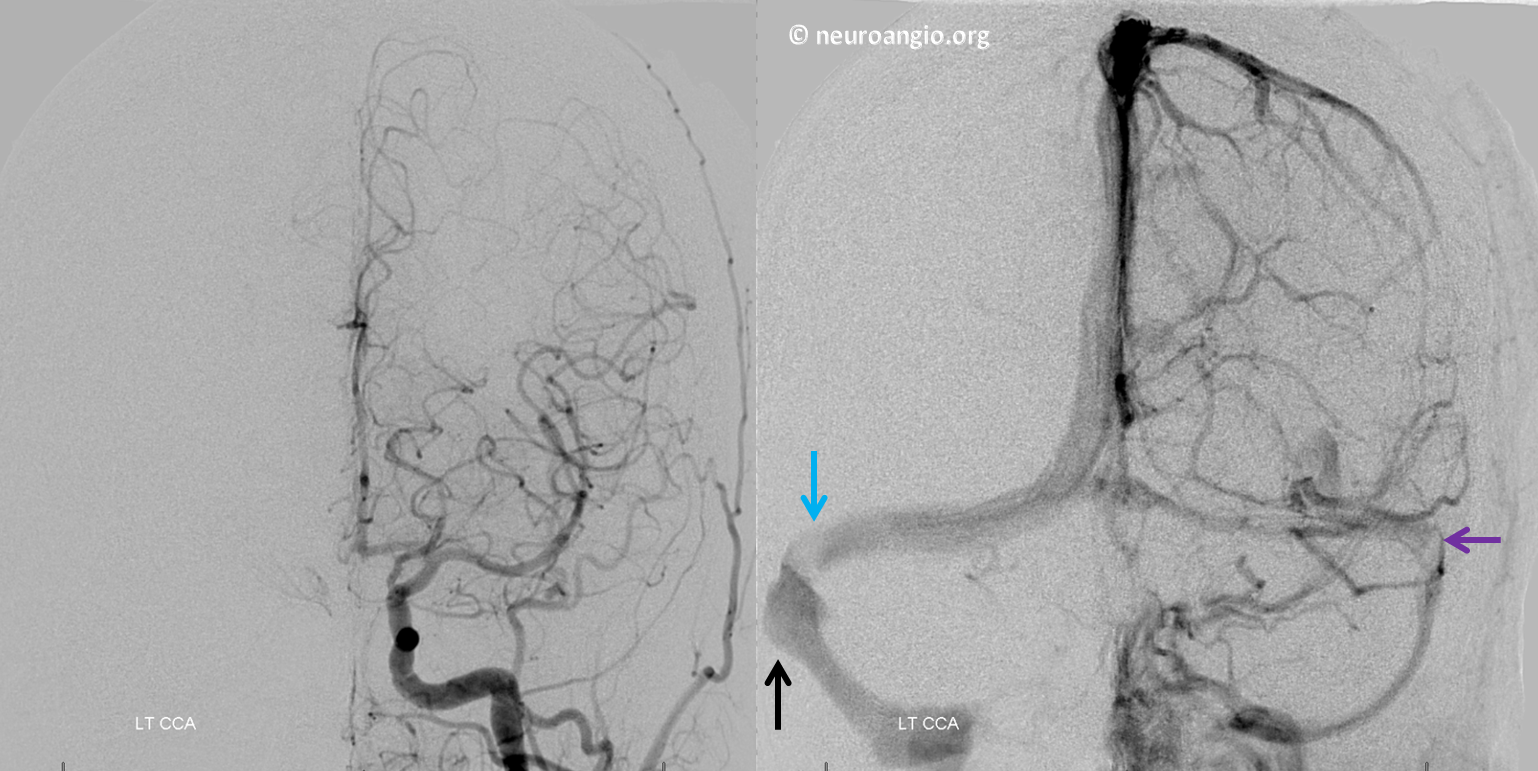 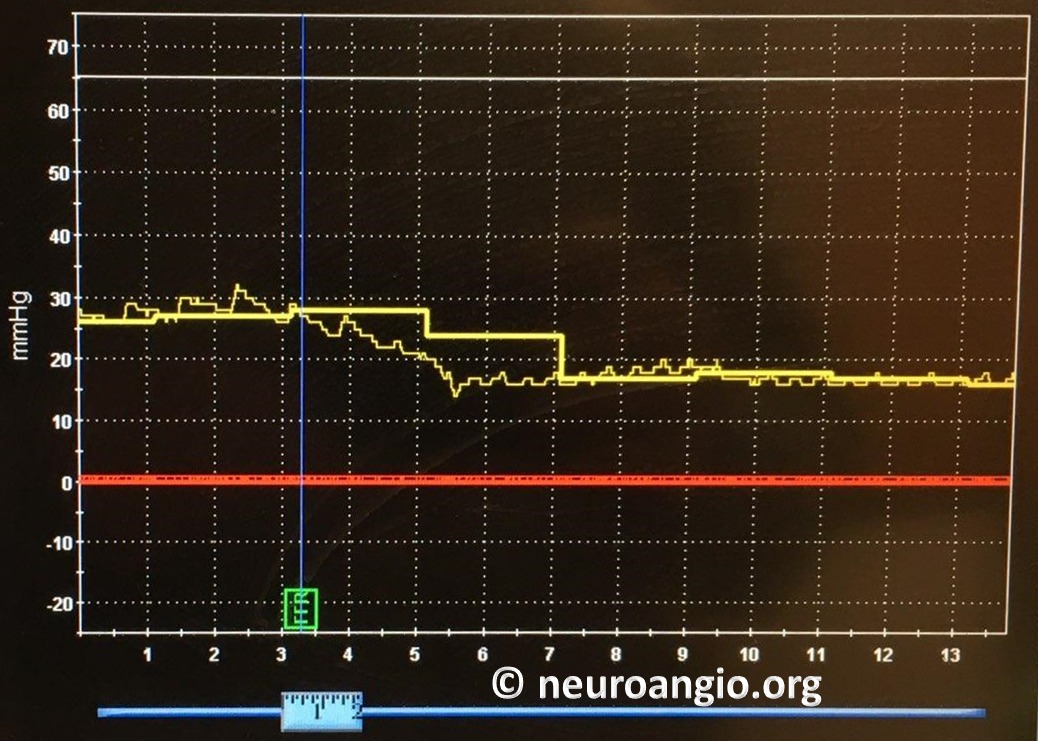 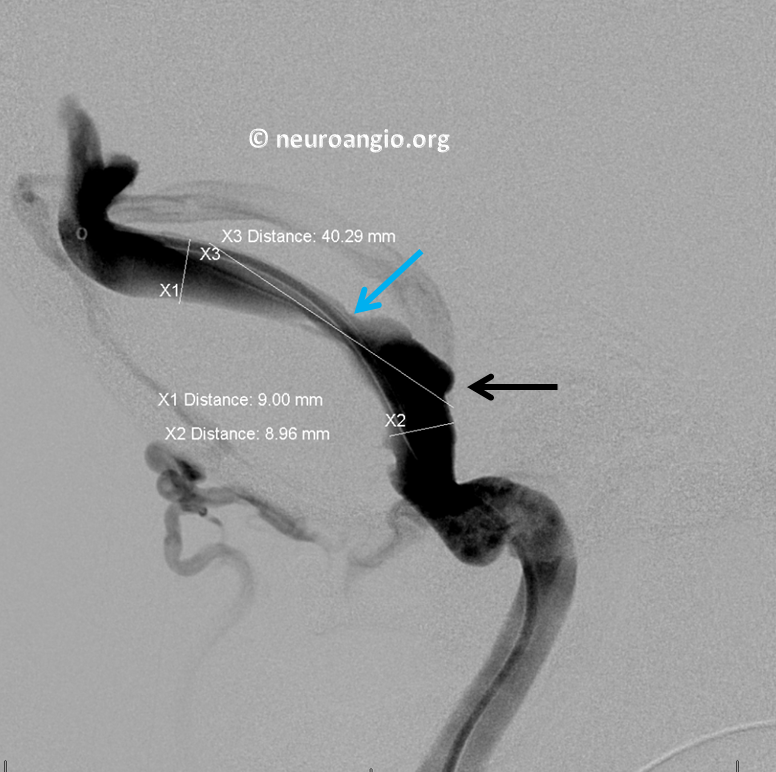 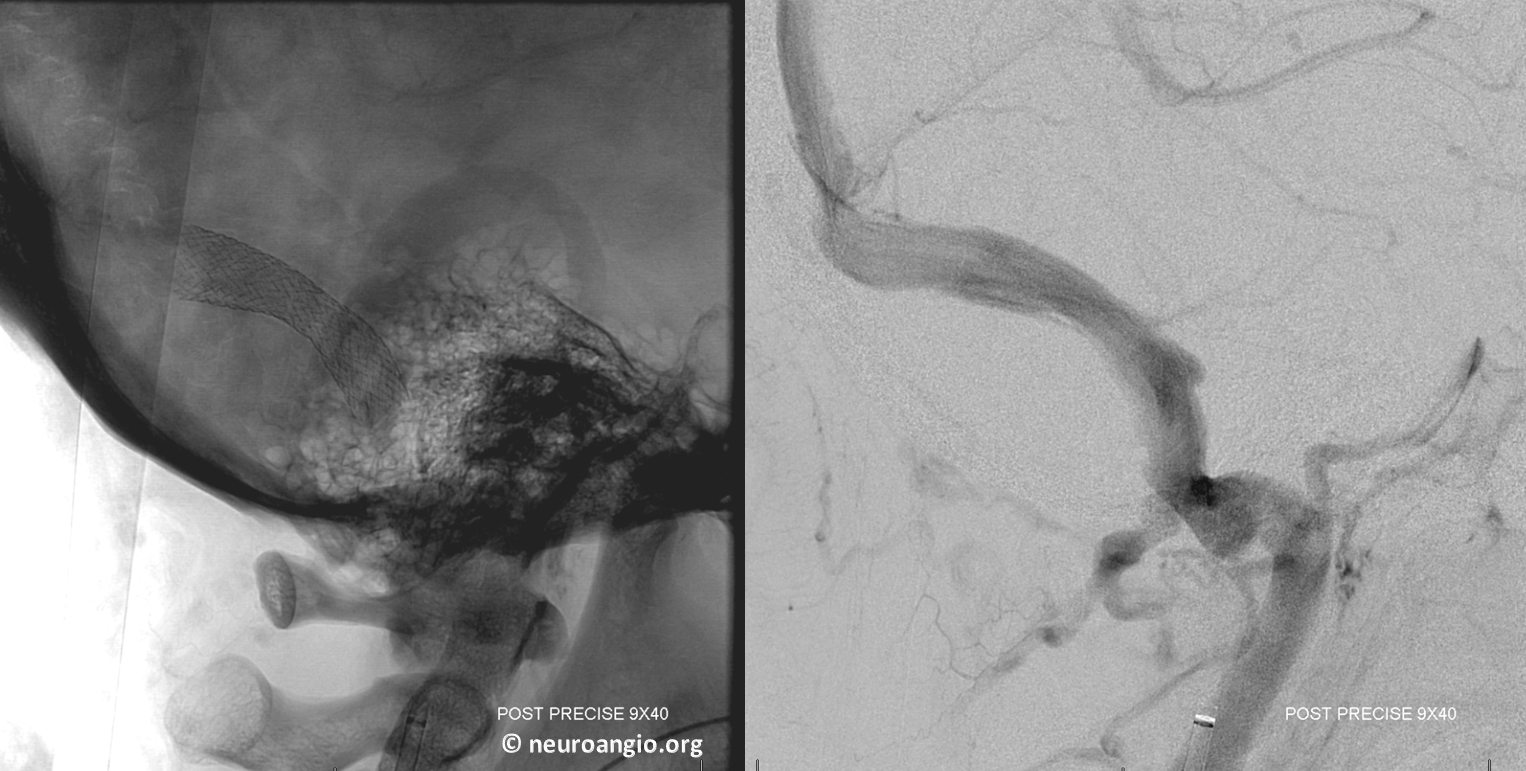