A key vessel in human embryology, the stapedial artery is the link between the embryonic precursors of the adult internal carotid, internal maxillary, and middle meningeal arteries. 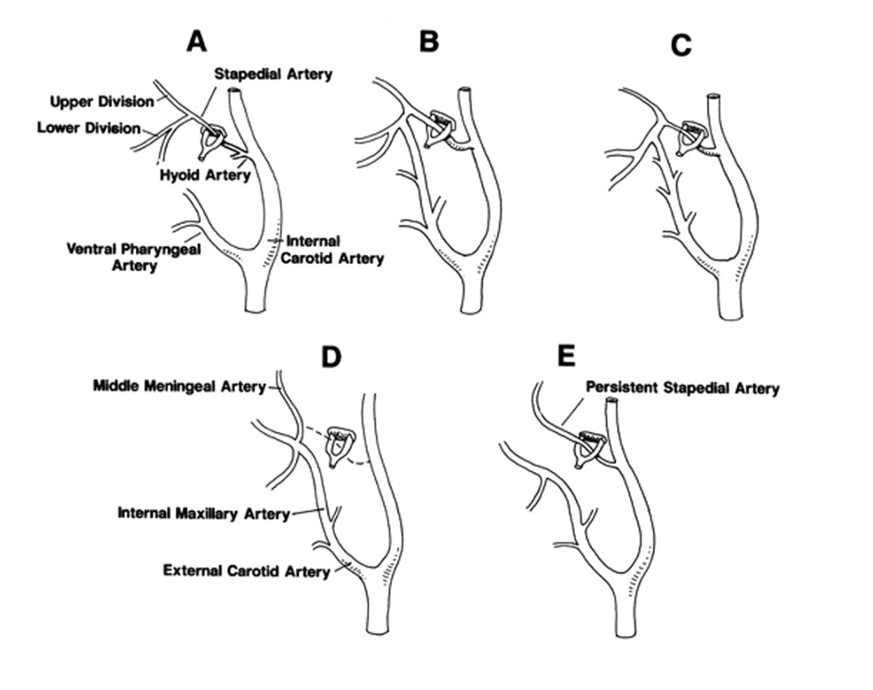 B: Establishment of anastomosis between the lower division of the stapedial artery (future IMAX) and the ventral pharyngeal artery.

C: Transfer of the IMAX and MMA territory to the Ventral Pharyngeal Artery. This is accompanied by reversal of flow within the foramen spinosum portion of the MMA from craniocaudal to caudocranial.

D: Typical adult arrangement.  The hyoid and stapedial arteries persist, below angiographic resolution.  The hyoid and proximal stapedial arteries are now named the “caroticotympanic” artery. Although everpresent, it is too small to be angiographically resolved.  The distal part, related to the petrosal nerve is the superior tympanic branch of the middle meningeal artery.

E: Persistent stapedial artery: The Upper Division remains attached to the stapedial artery, while the lower division (IMAX) remains within the territory of the external carotid artery.  There is no foramen spinosum in this case — no structure, no hole

Here is an incidental persistent stapedial artery.  On all images, the following arrow designations apply: 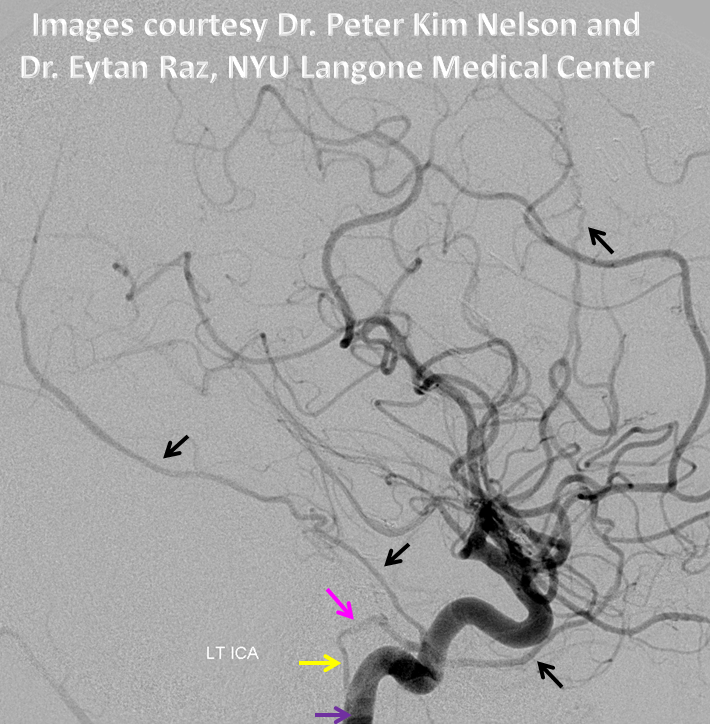 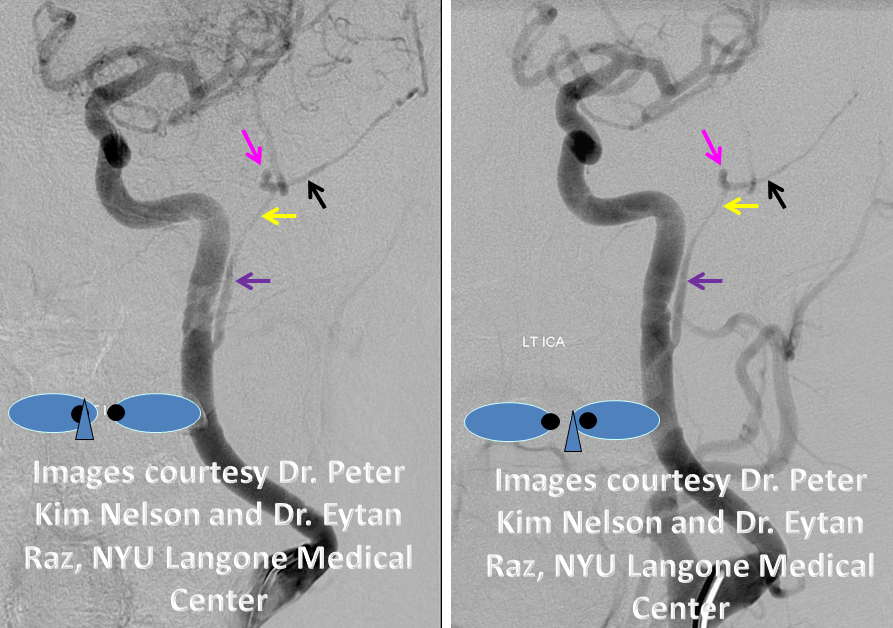 Stereo in lateral projection, where the narrowing of the middle ear cavity segment is even better seen 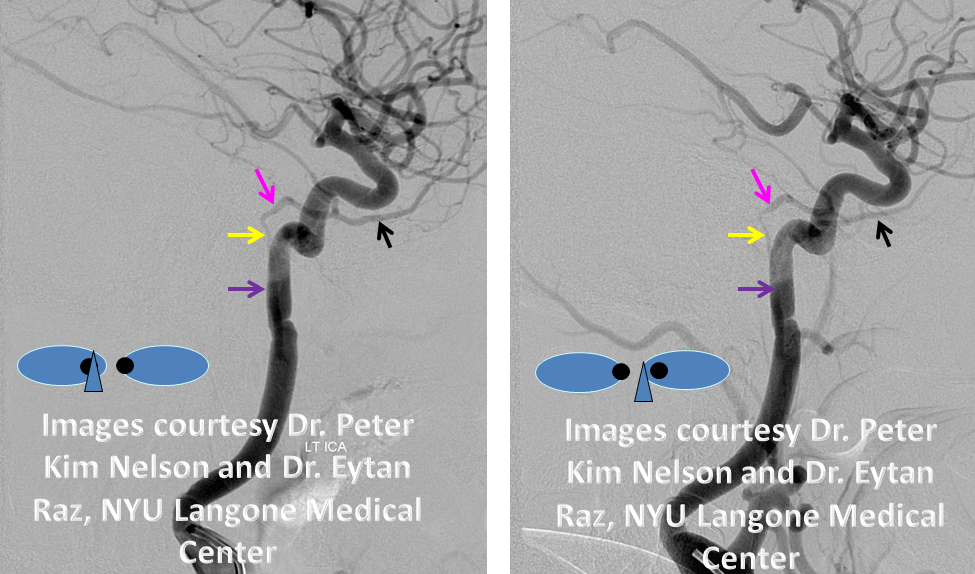 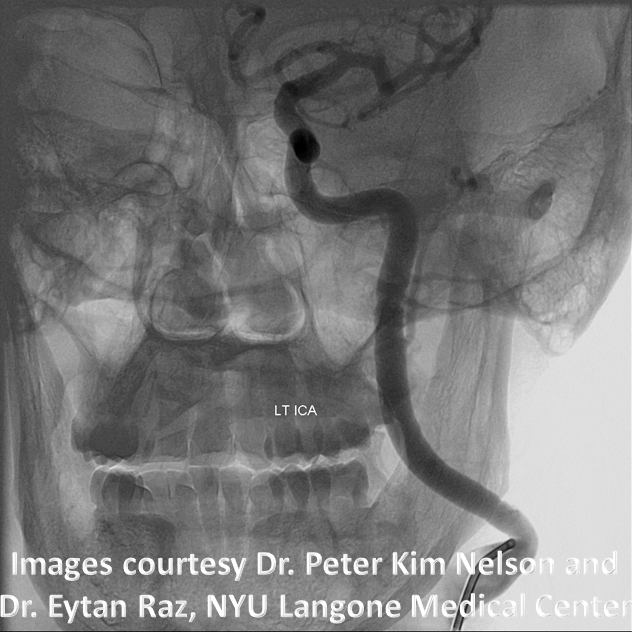 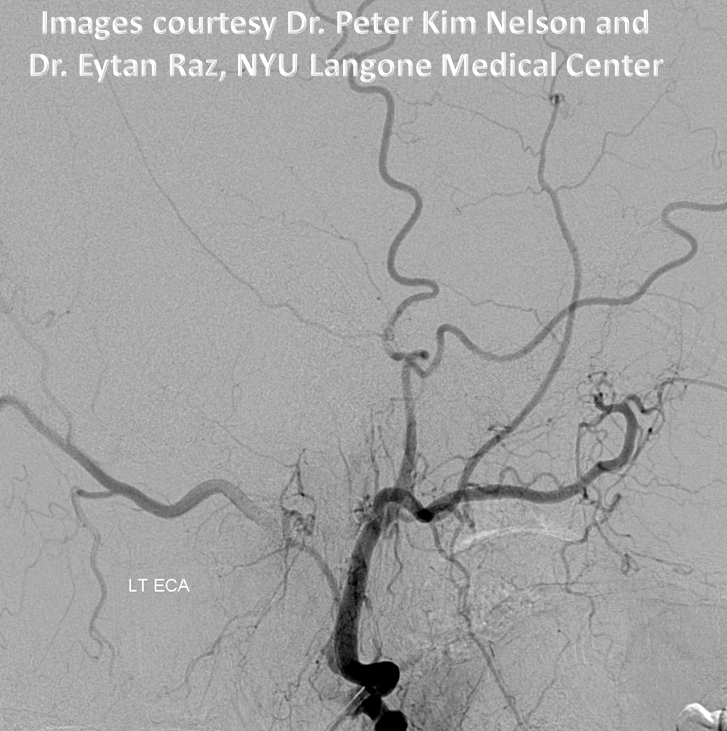 CT demonstrating lack of ipsilateral foramen spinosum (green, present is blue), by itself not specific as the MMA can come from other places also, most commonly the Recurrent Meningeal variant of the Ophthalmic Artery 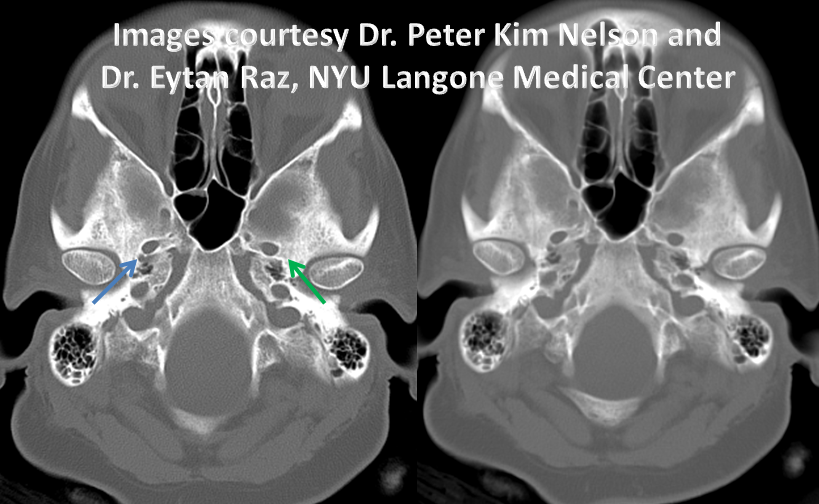 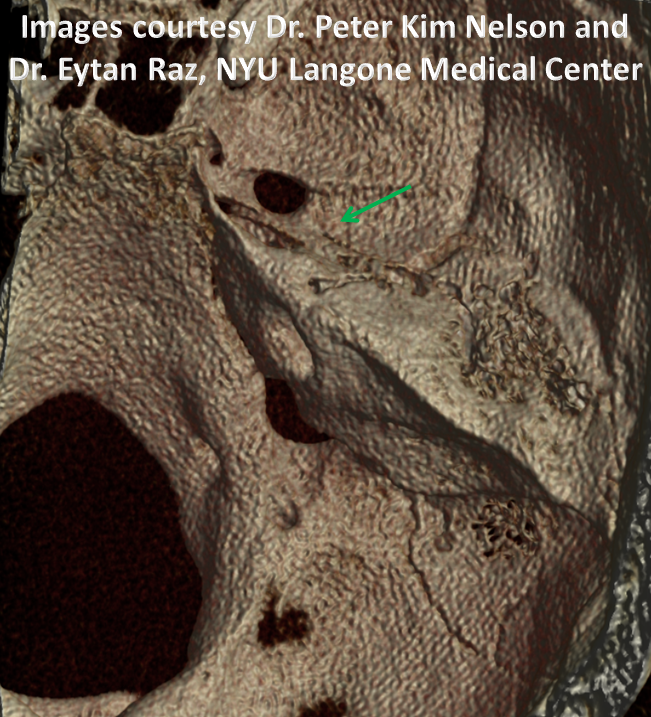 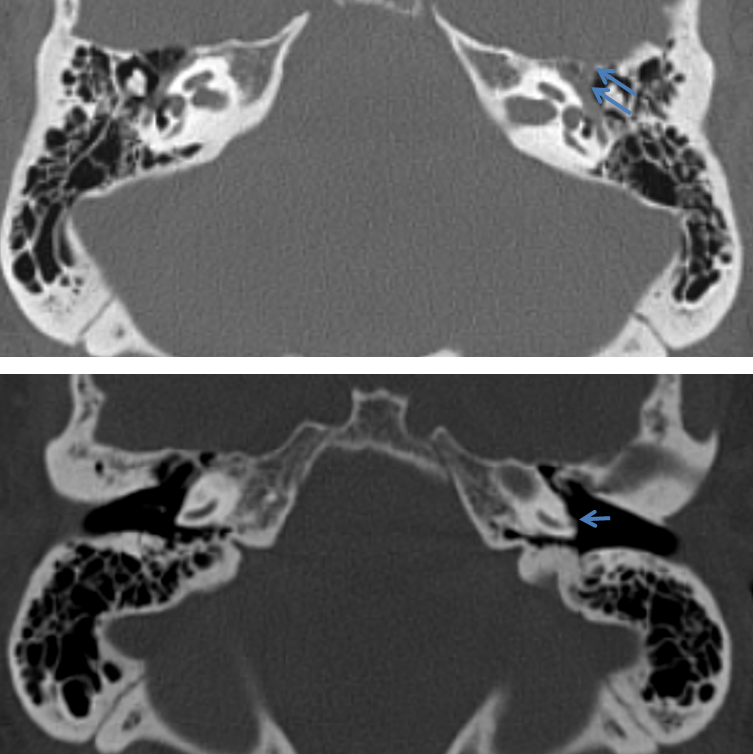 Course of the artery on serial axial CT slices, with the same color code as above: 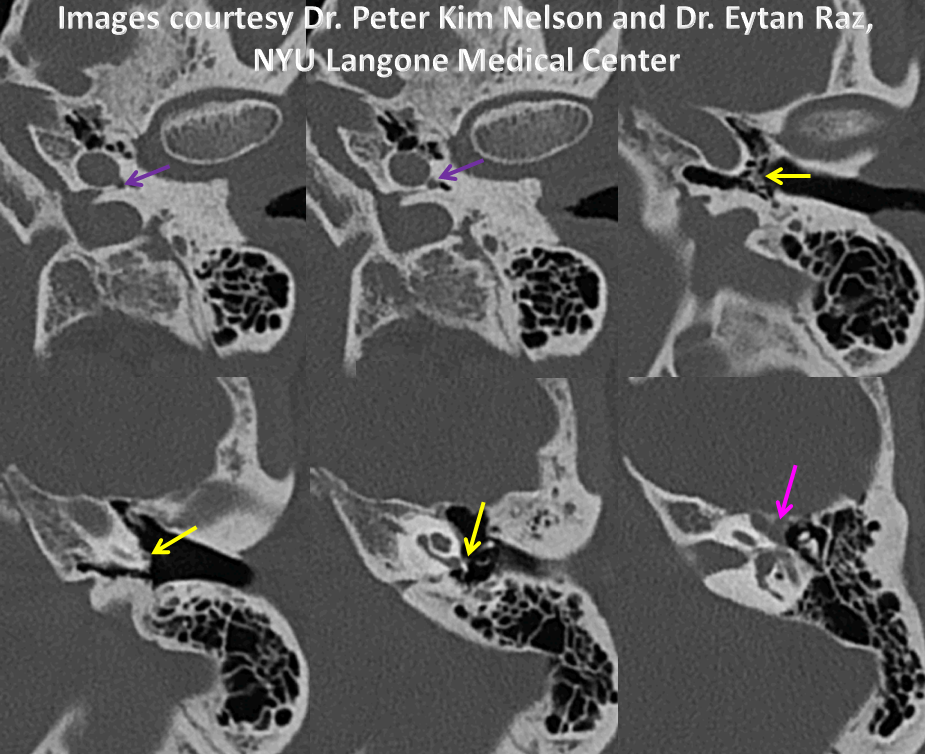 A movie version of the same: 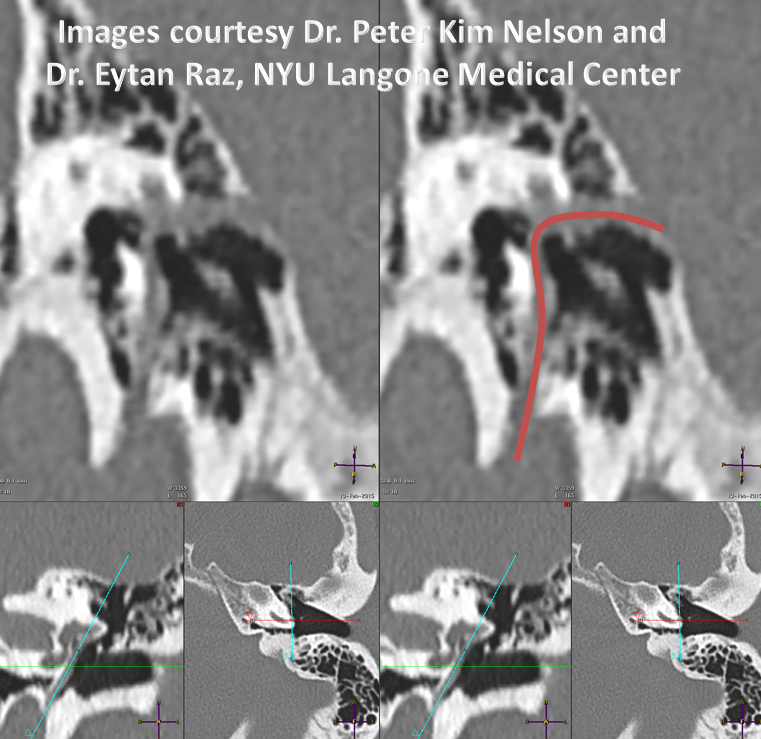 Beautiful oblique MIP in plane of the stapes crura 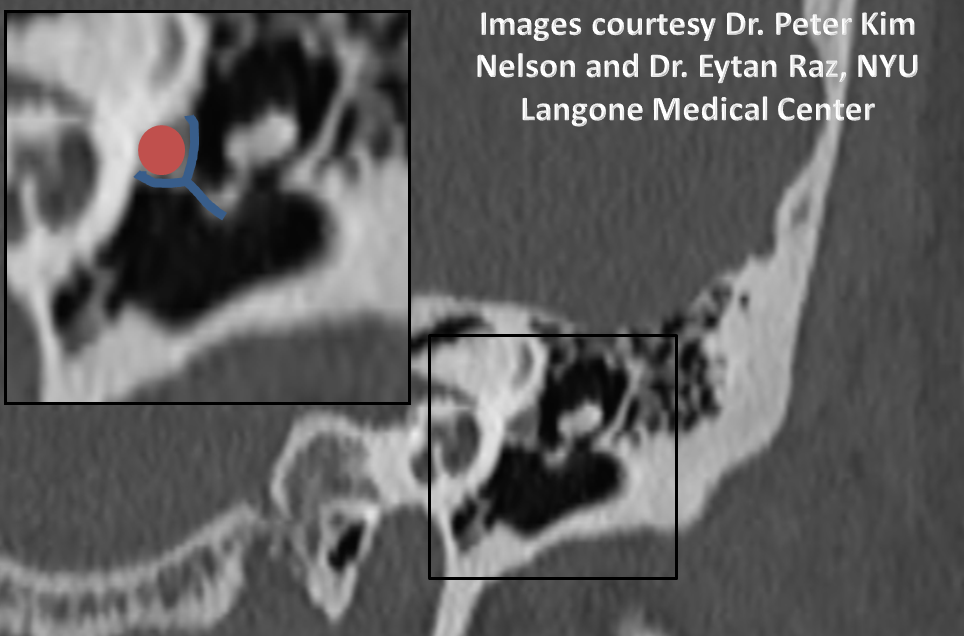 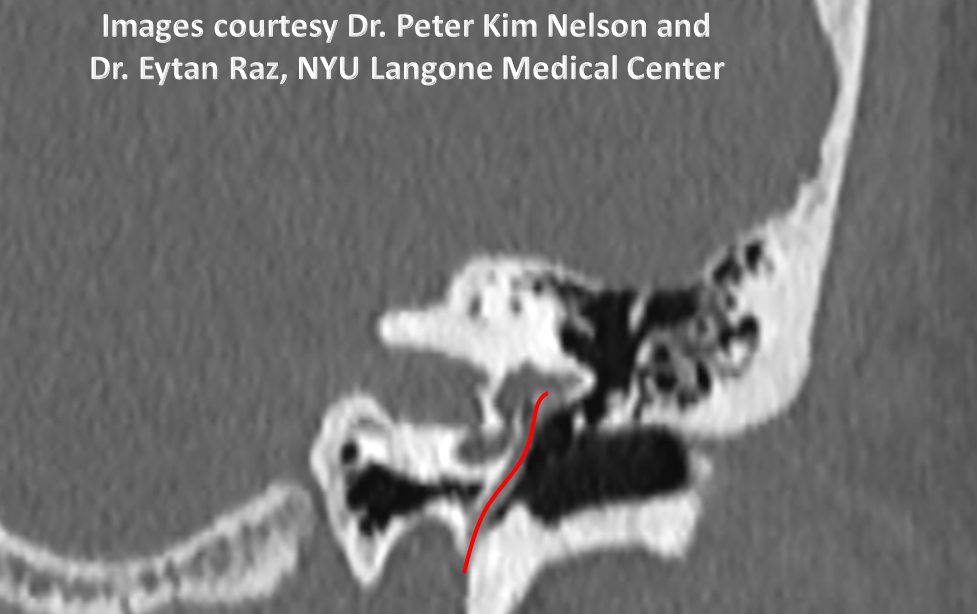 Finally, a figure from Surgical Neuroangiography from Lasjaunias, Berenstein, and Ter Brugge 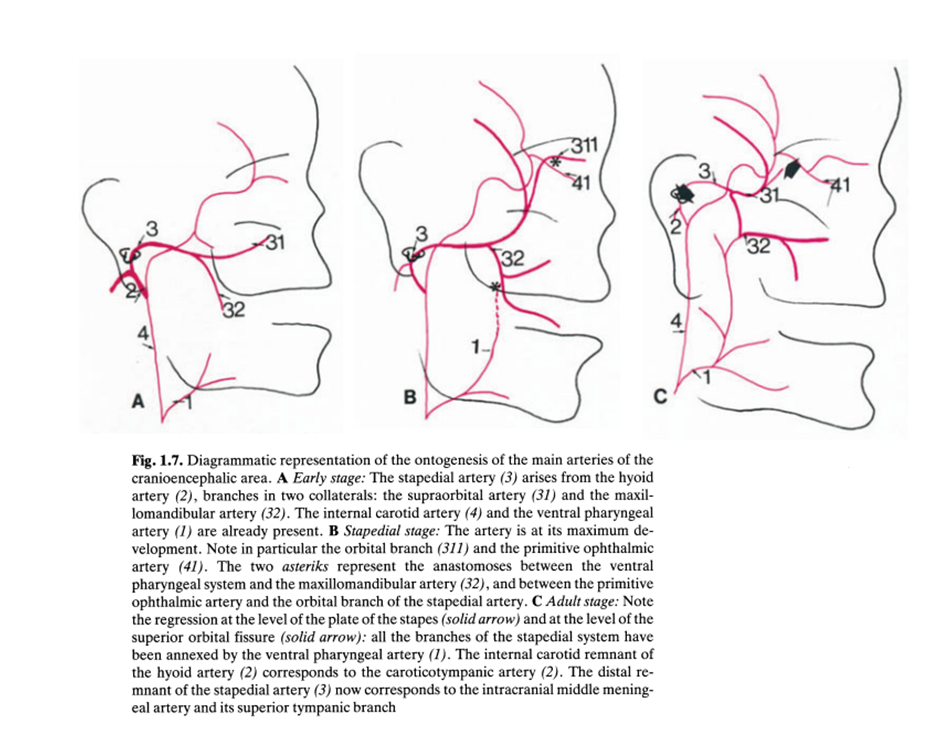 Axial views, with right AP in clandestine black; the IAC is orange 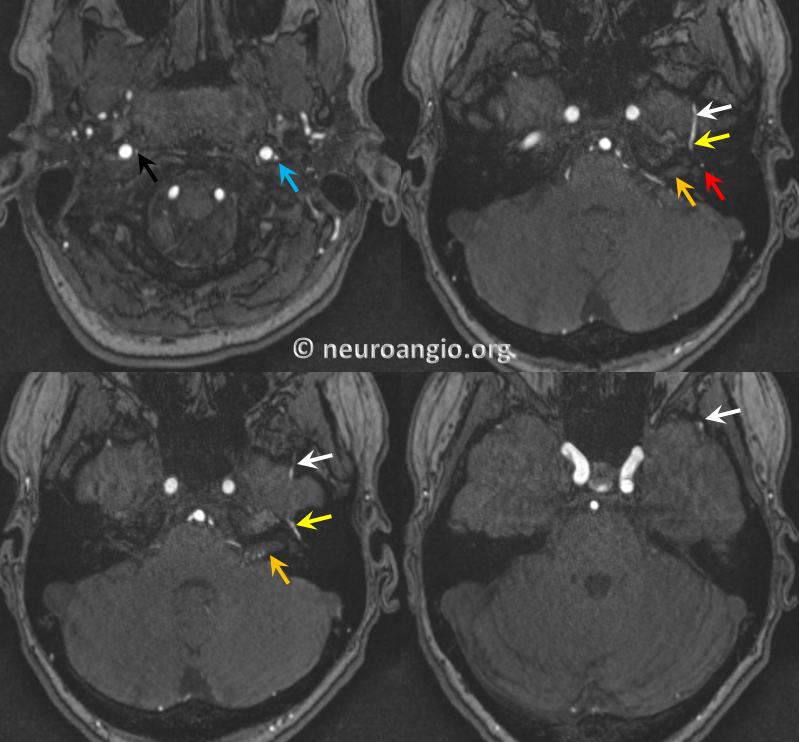 Embryonic Memory of the Stapedial System? A Case of Atherosclerosis Isolated to the Middle Meningeal and Internal Maxillary Branches of the ECA

Injection of the left CCA demonstrates complete occlusion of the ICA.  Notice irregular caliber of the left internal maxillary artery (purple) and proximal middle meningeal artery (yellow).  The remainder of the ECA, including the coveted superficial temporal artery, are free of atherosclerotic burden.  Inflammatory workup (ESR, CRP) were normal.  Could it be that embryologic origins of the IMAX and MMA are the reason only those two vessels among the entire ECA are subjected to atheromatous disease?  Personally, I believe this is the explanation 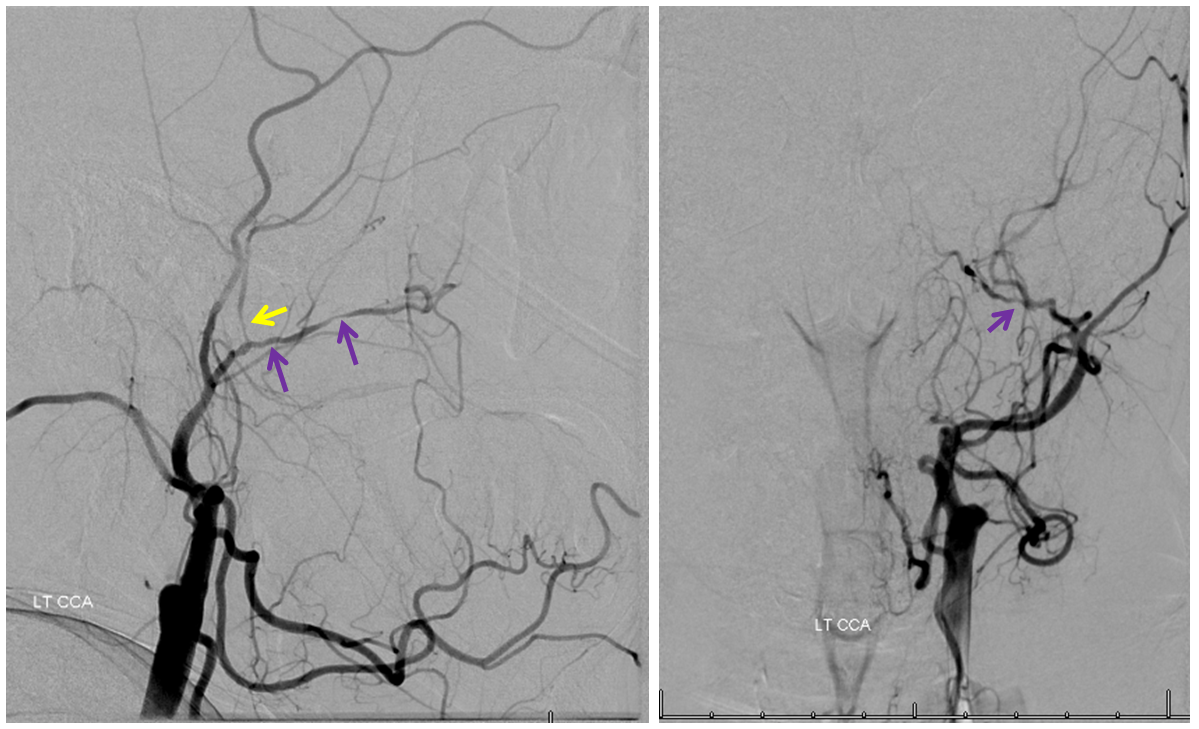 Just for your info, see the choroid blush of the eye (green) in late phase of injection, due to collateral reconstitution via the anterior deep temporal artery. For more on collateral ophthalmic patterns, see dedicated Ophthalmic Artery page 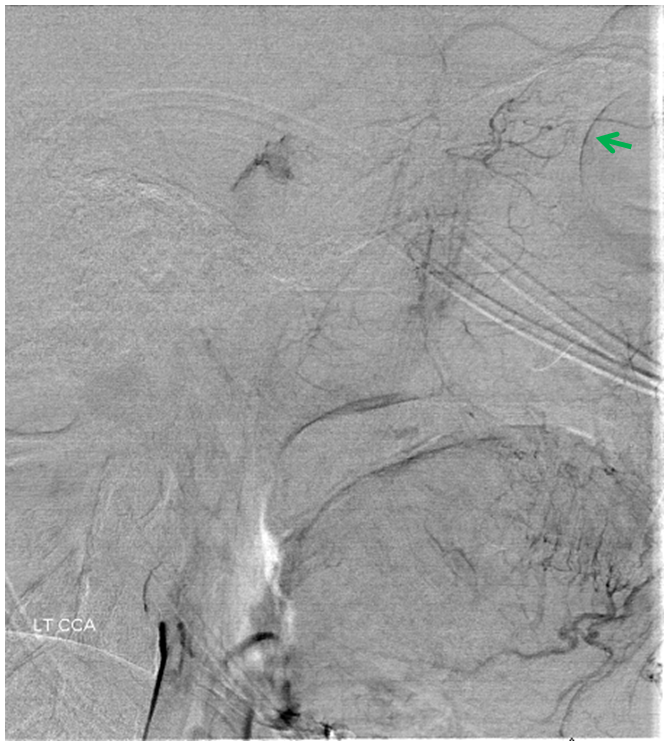