The potential for the ASA to reconstitute PICA territory has been described in the literature and illustrated on this site.  For embryology discussion of this phenomenon see this article, this neuroangio.org page, or another neuroangio.org pages titled Neurovascular Evolution and Vascular Neuroembryology.

Here is another fascinating variant.  Dissection of upper vertebral artery results in compromise of PICA flow.  The collateral network which reconstitutes the PICA, without symptoms, is the anterior spinal system. Unique here is the duplicated nature of the ASA, which attests to the developmental nature of the ASA as a secondary vessel, bridging the primary metameric arteries supplying the developing cord. 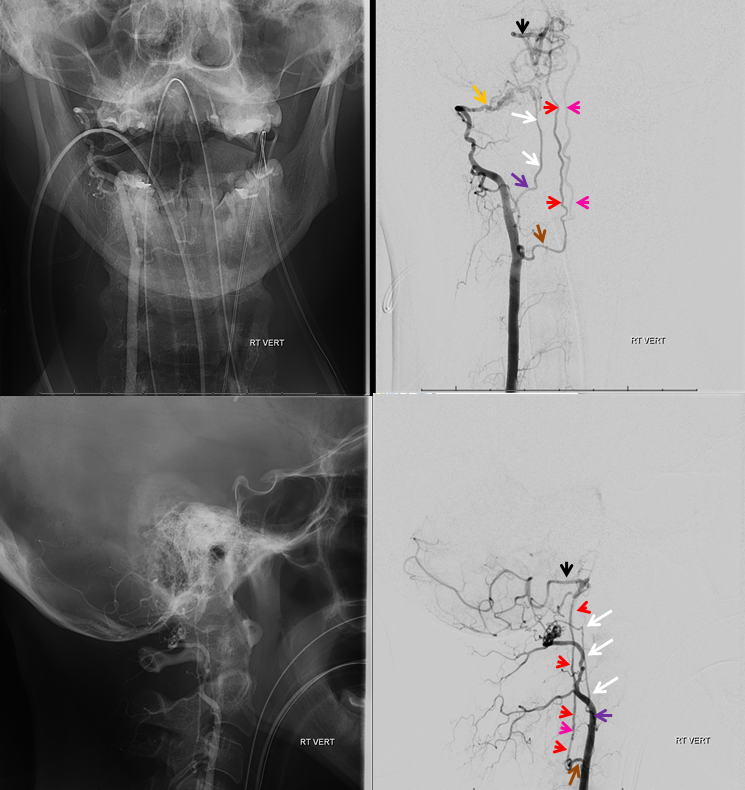 Stereo of the same 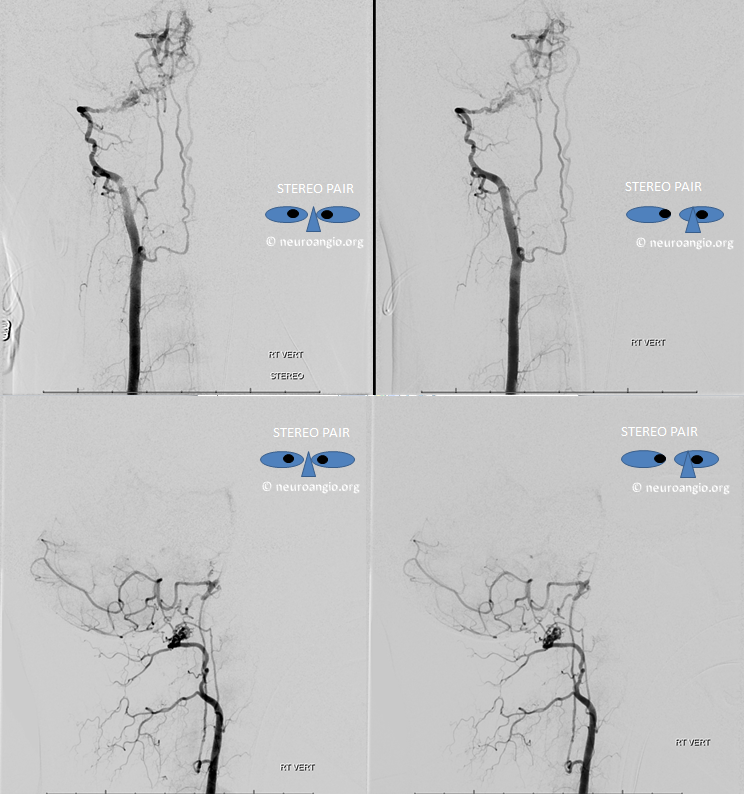 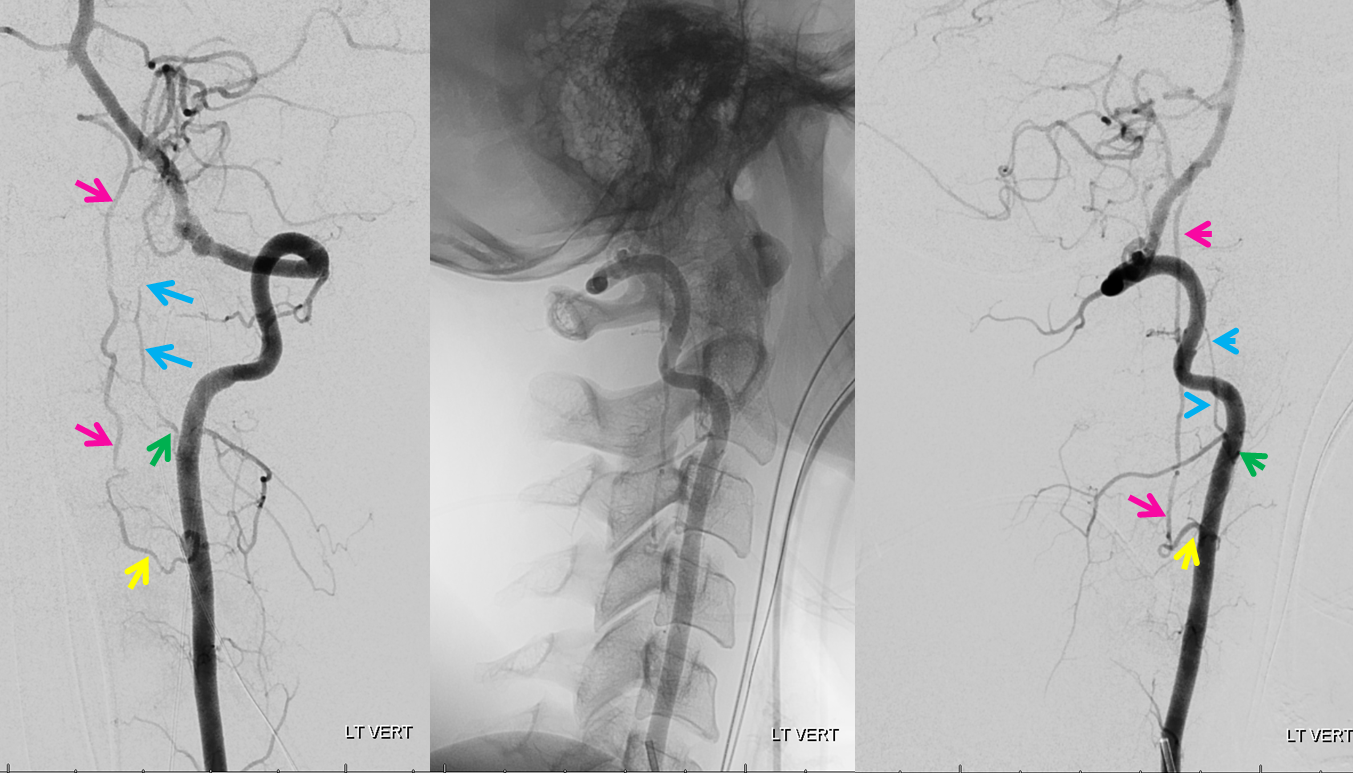 In case you think this is only seen as part of pathology, here is an incidental encounter, with portions of duplicated cervical anterior spinal artery in a child who underwent angiography for an unrelated reason.  Frontal and lateral stereo views.  Case Courtesy Dr. Eytan Raz 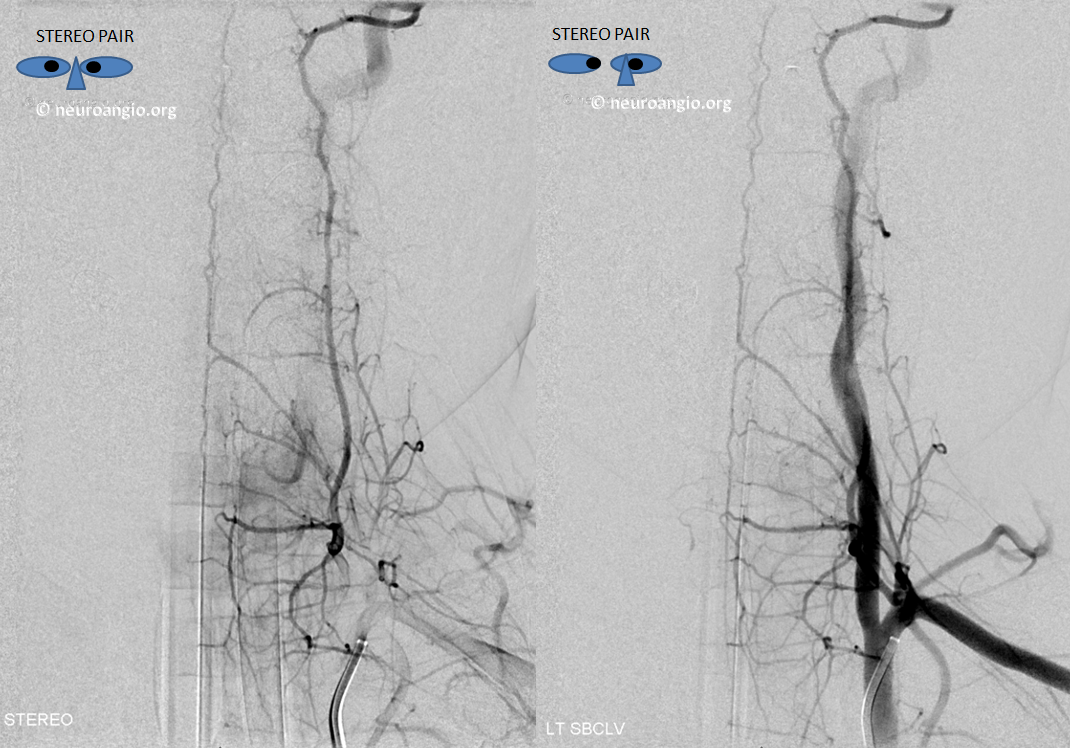 Lateral views — the duplication is not seen well here.  However a nice illustration of deep cervical – vertebral anastomoses (so common in children) is present 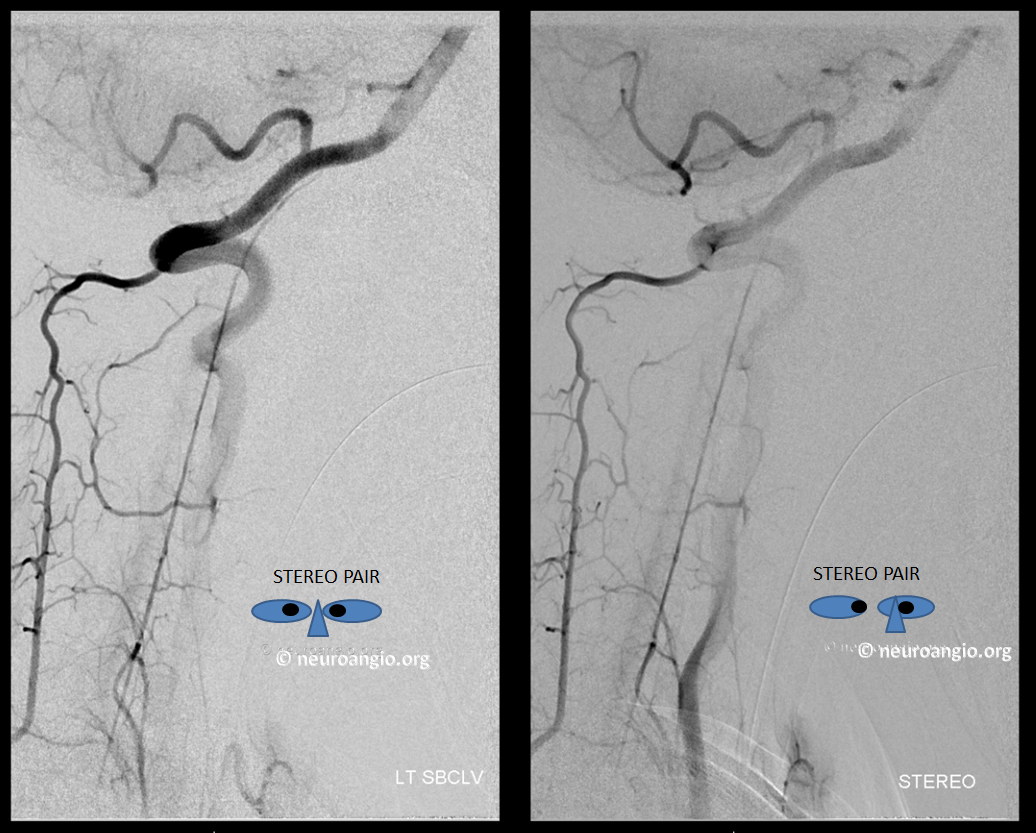 Below are diagrams from “Spinal Arterial Anatomy” page showing how development of the ASA would give rise to the above-shown variant. 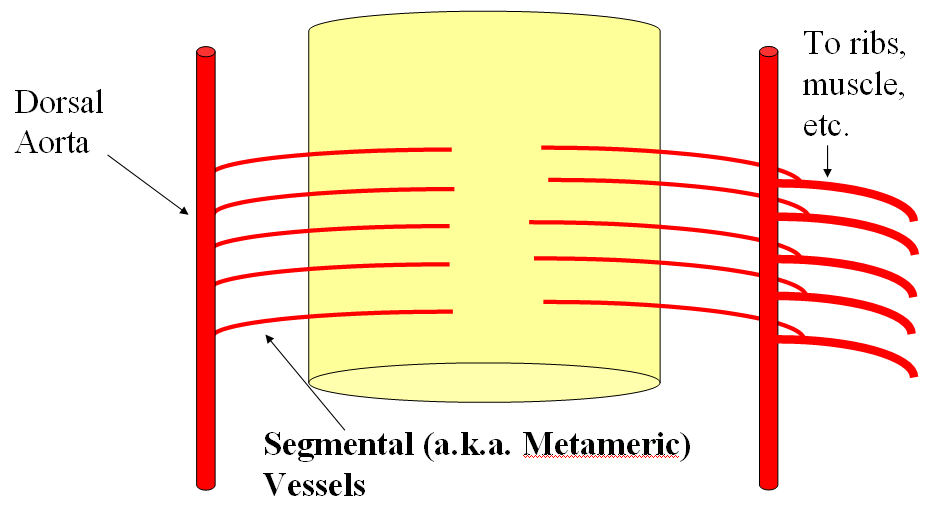 Below is the idea behind the duplicated anterior spinal 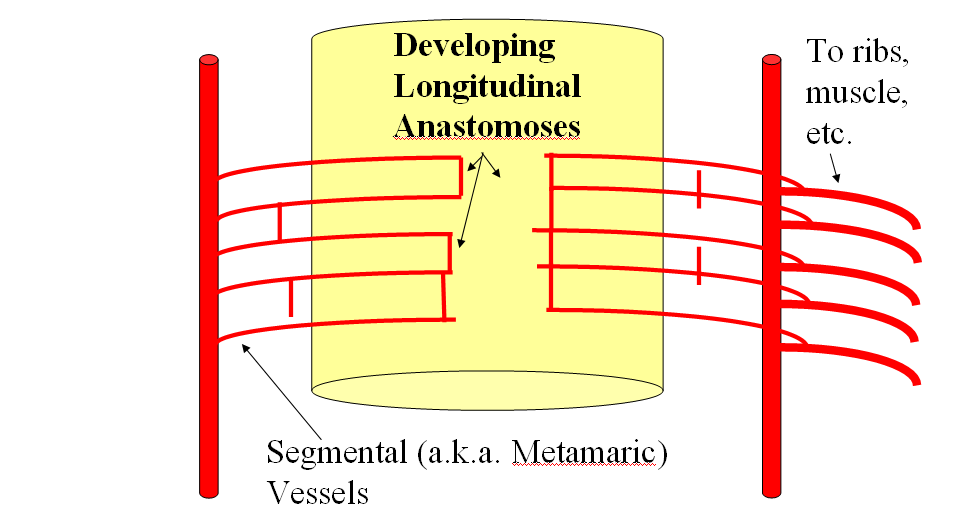 Usually, the ASA ends up being a single vessel, as below 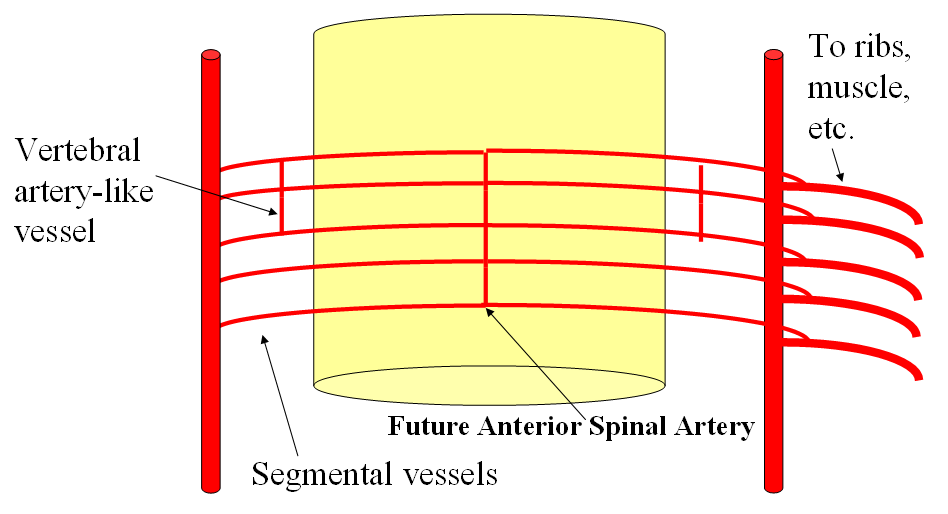