Another great case, and example of the power of FlatPanel DYNA CT imaging

Found down with forehead injury 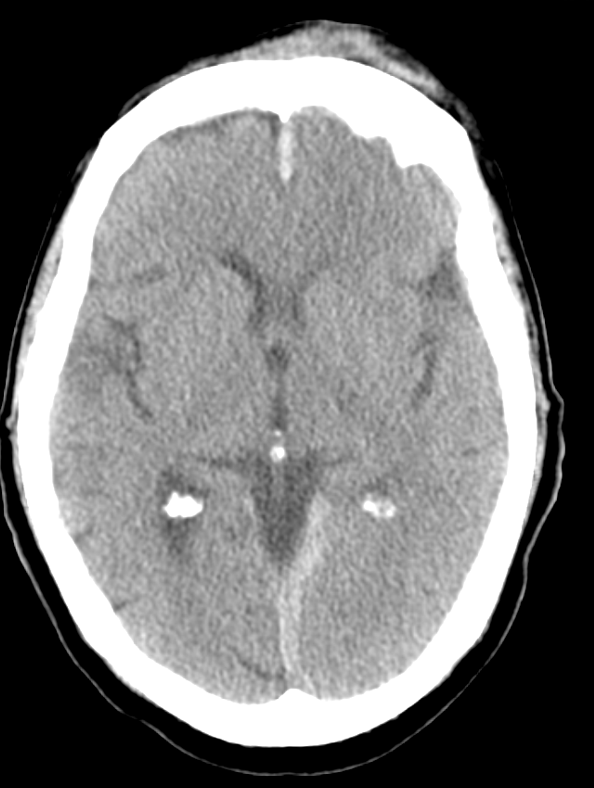 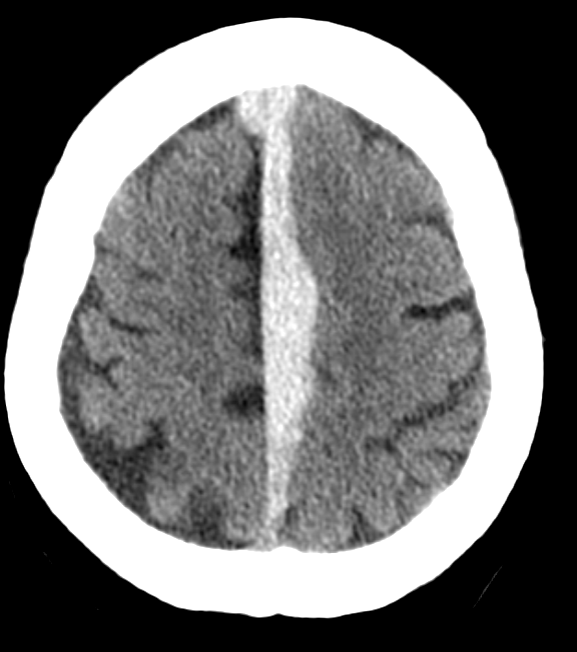 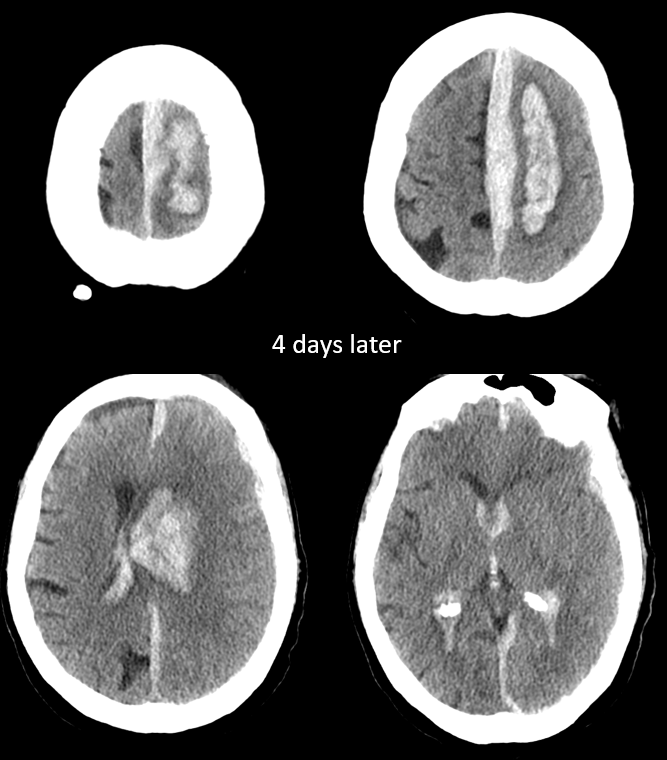 CTA — spot sign. Exactly at junction of parenchymal and subdural components. This little spot is key to everything that happens later.  Miss this and things will only get worse. 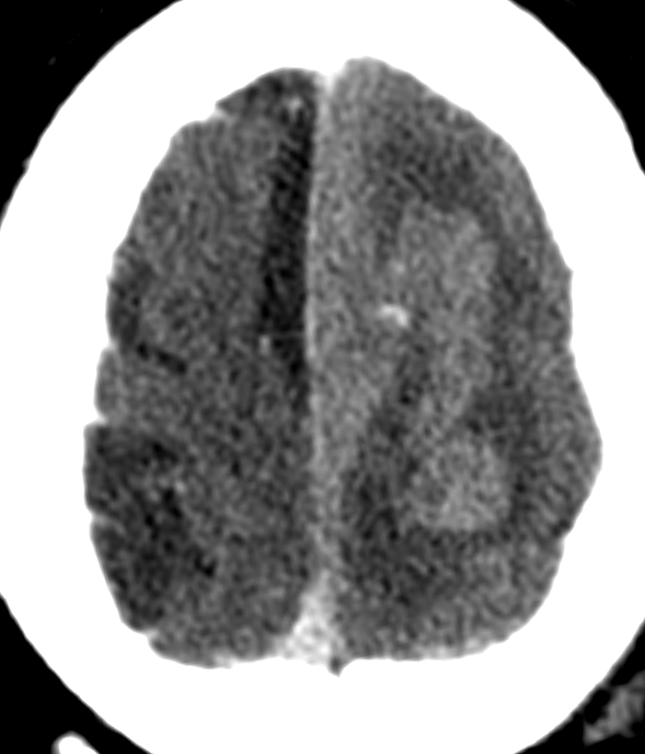 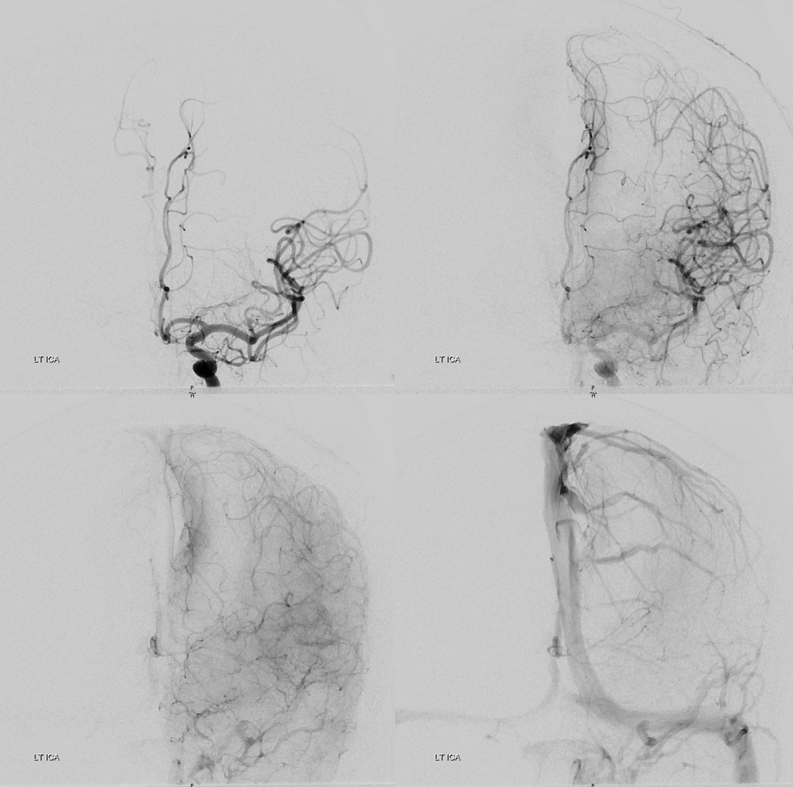 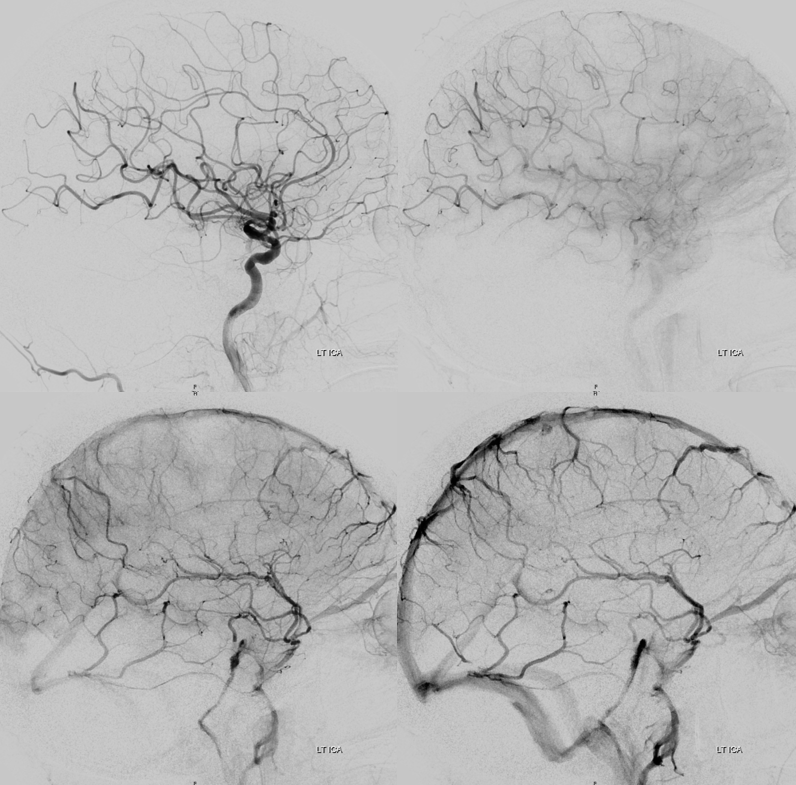 Of course not.  Get a DYNA CT — a high-res version of flat panel imaging.  These are volume rendered stereo pairs. See the problem? 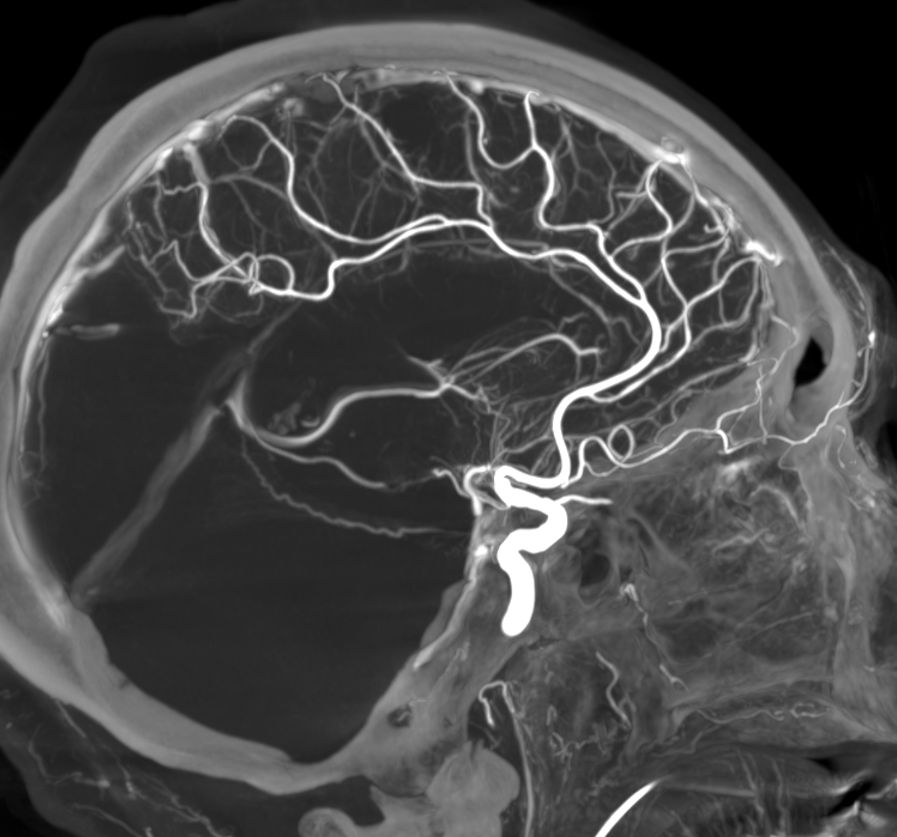 Targeted reconstruction MIPs — even better, huh…   How many sites of extravasation are there? 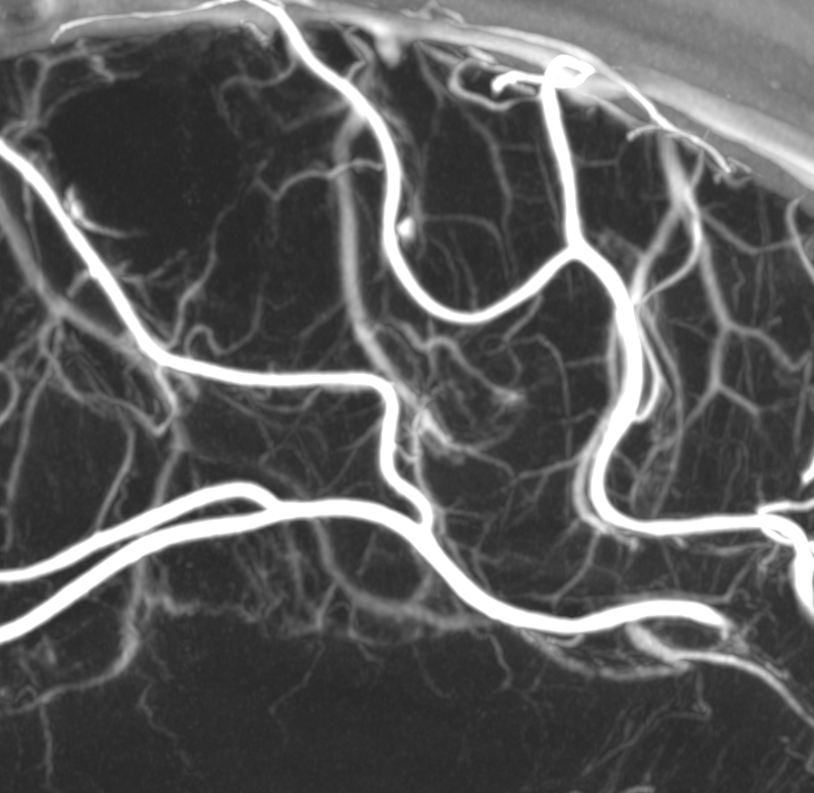 The lesson is don’t conclude there is nothing based on global angio.  Keep looking when suspicion is high.  Below are frontal MIP magnified views of the two anterior cerebral artery callosomarginal branch rupture sites — both on mesial hemispheric surface. 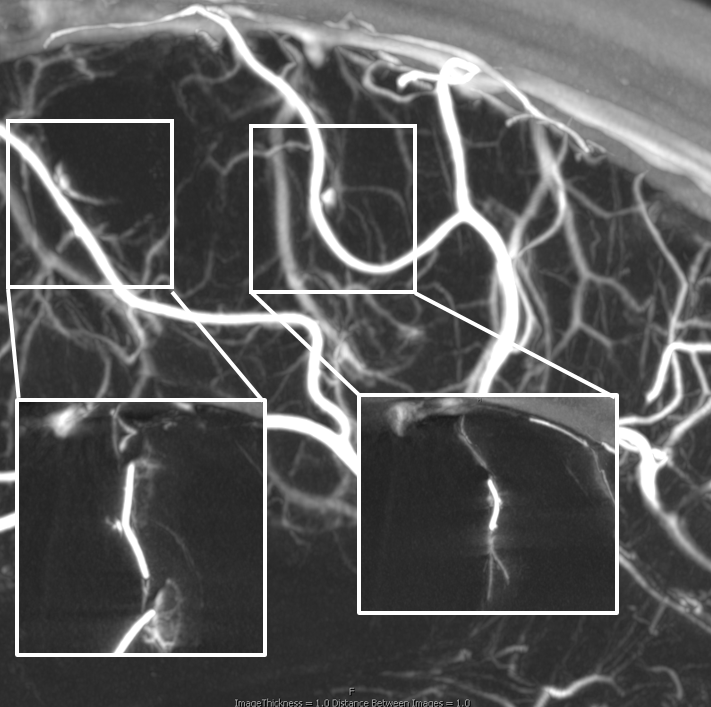 This is unusual but not unheard of — on either mesial or convexity surface vascular injury leads to subdural hematoma with bleeding into subdural space. Usually in setting of trauma, where arachnoid / dural layers are disrupted.

Its quite notable though that the subdural happened first. Only after the subdural space filled up did the bleeding begin to dissect into the the parenchyma. 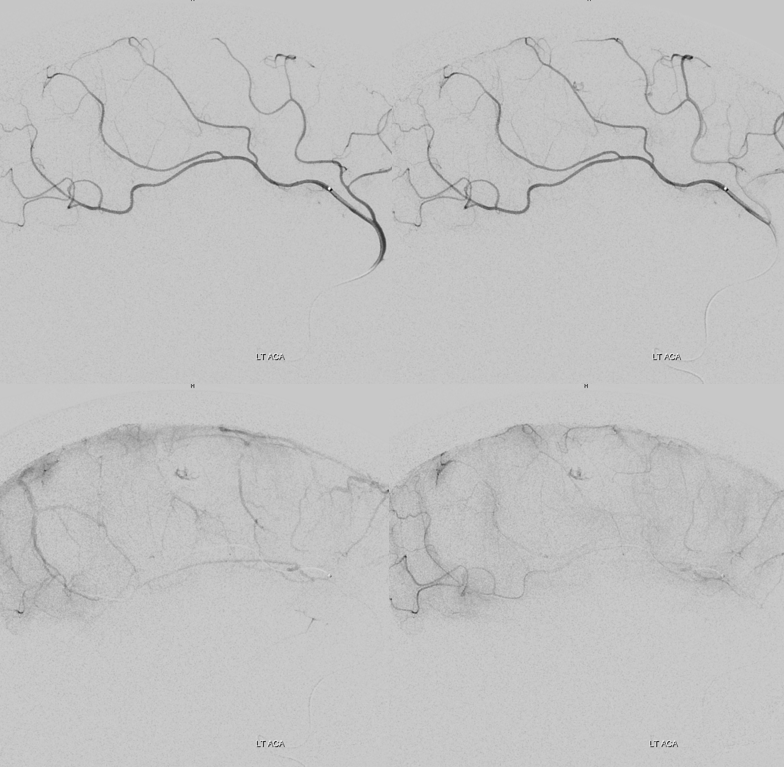 Magic 1.2F in the posterior mesial frontal branch in glue injection position.  That nails it.  Bottom right image is nBCA cast.  Its a tiny vessel and the glue refluxed quite a bit — almost too far, but not quite.  coil is safer if can be delivered.  Headway duo was too big for this one. 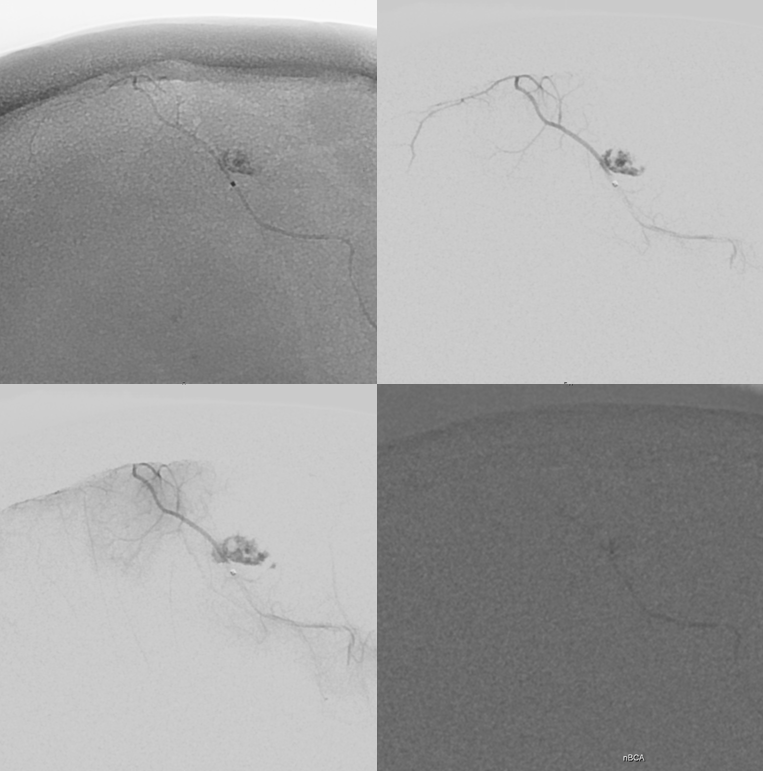 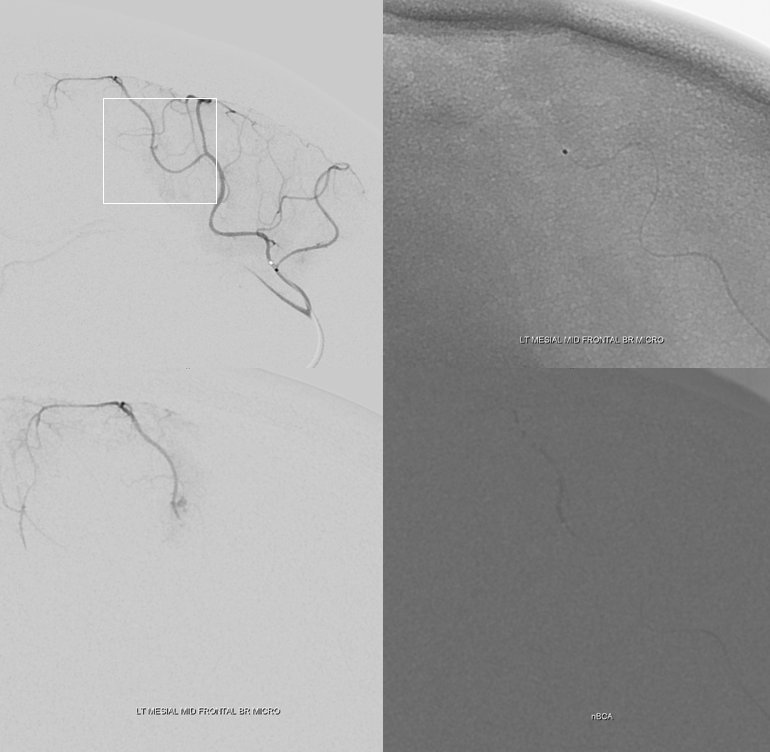 Post — there is definitely an area of oligemia in that mesial frontal cortex. 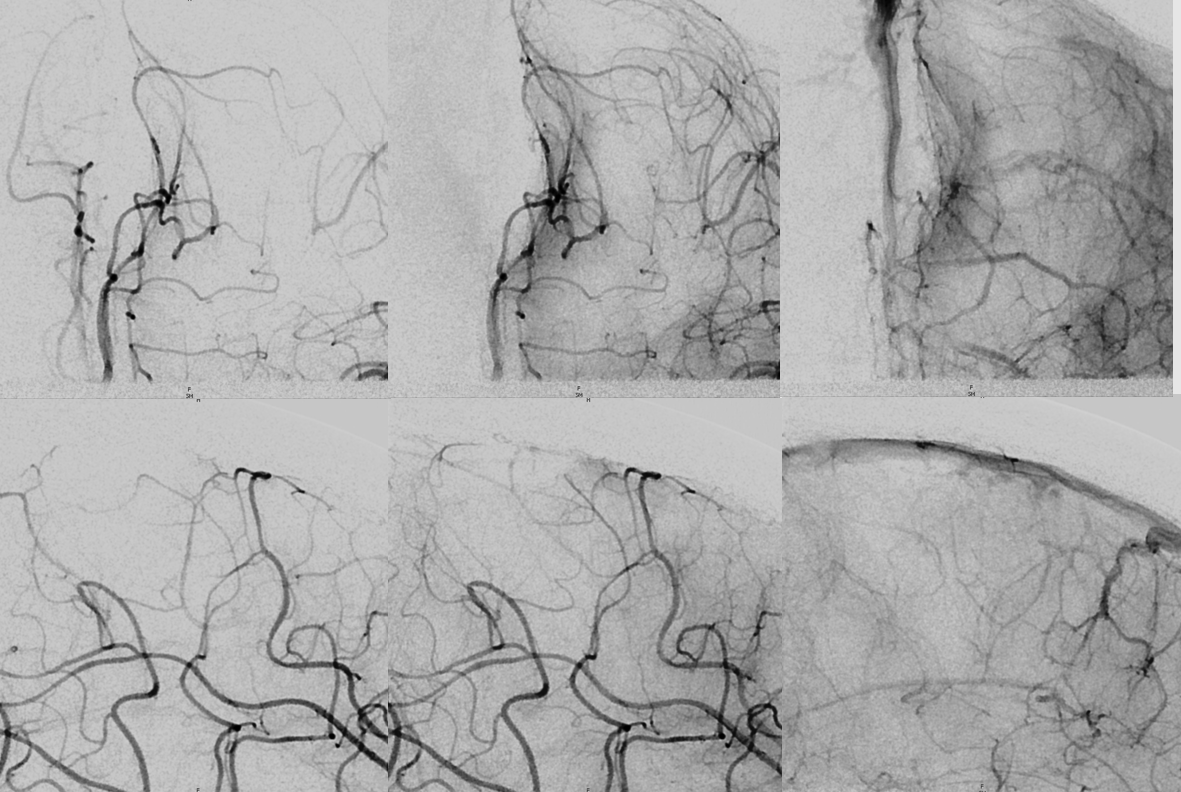 Post DYNA CT — see nBCA cast in vessels adjacent to contrast staining in the hematoma.  All during microcatheter injections the contrast continued to diffuse from area of extrav instead of collecting into pools.  Means that patient has been continuously bleeding. 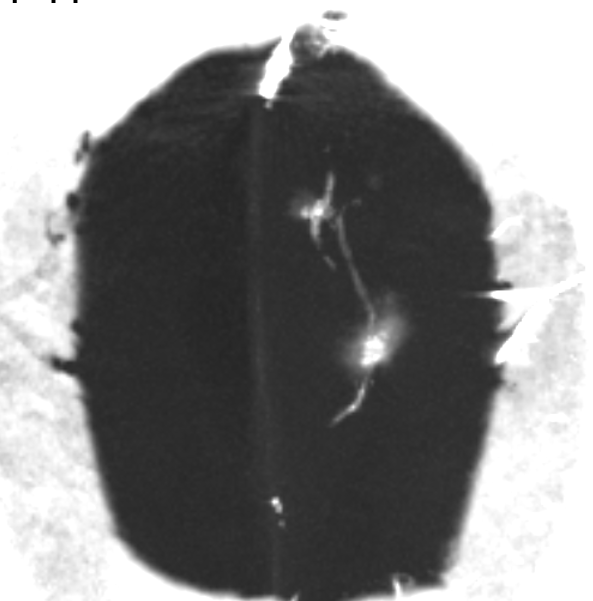