Sometimes intravascular procedures lead to emboli.  The most common are of course blood clots.  Other emboli however rare do happen — fat emboli, air emboli during various surgeries.  Catheter coating emboli (hydrophilic catheter coating coming off) has received increased attention lately.  Metal emboli, also rare, are very easy to see on MRI susceptibility-weighted sequences.  They used to happen much more commonly during early days of aneurysm coiling, as result of electrolytic detachment of early versions of coils.  Nowadays these are very rare, and none as far as i know happen during coiling.  This patient had a cardiac procedure.

Metal emboli look like unnaturally perfect spherical susceptibility foci on MRI.  They are most often mistaken for cavernous angiomas (cavernomas) or microhemorrhages.  Very small ones are hard to tell apart. Larger emboli however can be differentiated because they have a perfectly spherical appearance, often with a “target” or targetoid look to it.  There are usually multiple.  The tip-off is multiple perfectly spherical new foci of susceptibility after intravascular procedure.  Essentially all are asymptomatic.

This is a patient with intermittent headaches 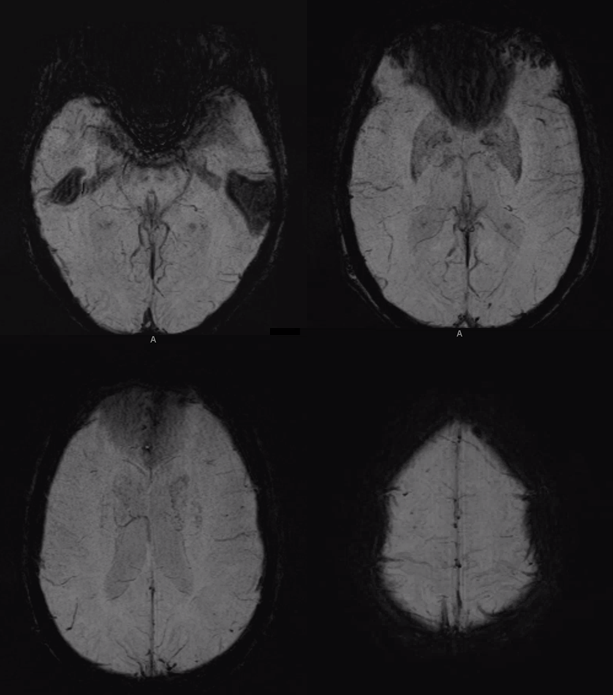 This is the same patient, after valve procedure 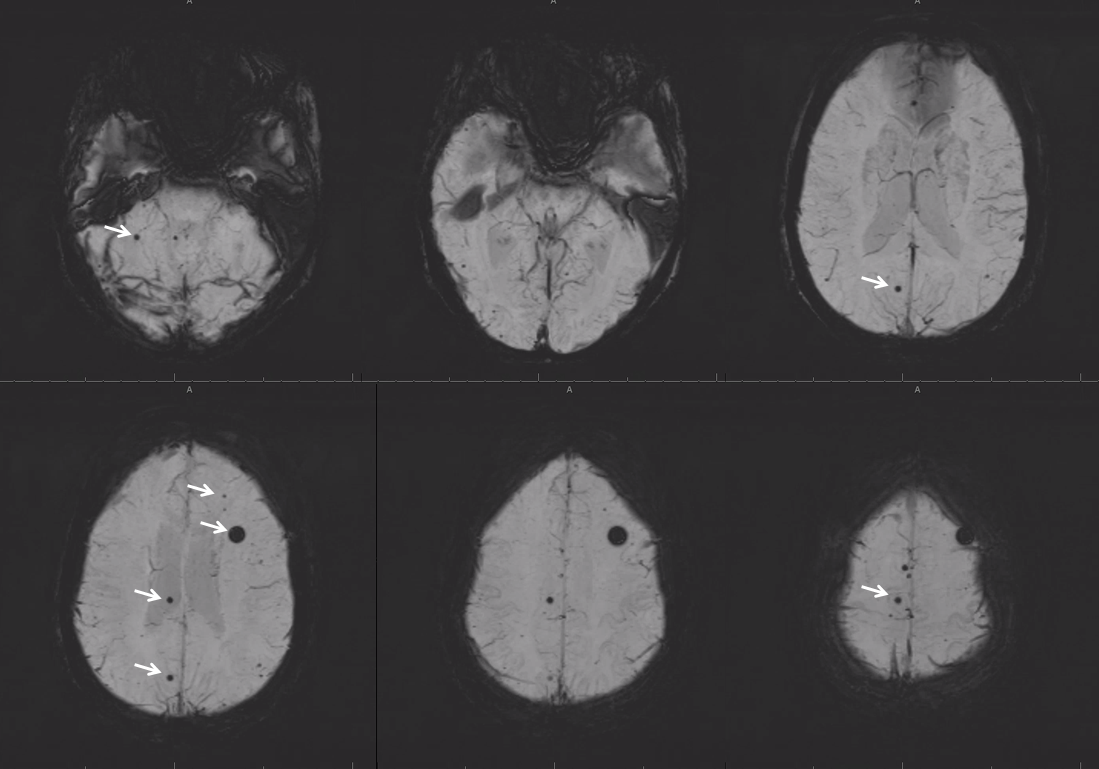 The biggest piece in the left frontal lobe can be seen on routine T2/FLAIR images (arrows).  There is no surrounding edema or any other reactive change.  The targetoid appearance on some susceptibility sequences is highly specific for metal. 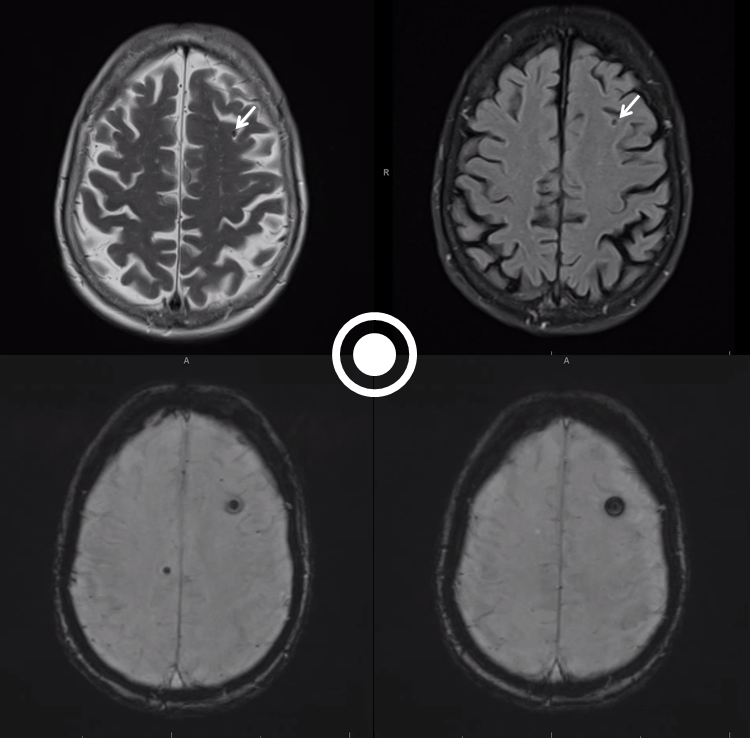