Another example of dural fistula that does not directly involve a venous sinus. This one is located in the paramedian tentorium cerebelli, adjacent to the torcular.  However it does not drain into a sinus — instead congesting cerebellar veins

Sometimes, dural fistulas will parasitize supply from a brain artery — for example arteries of Davidoff-Schechter can supply falcotentorial junction fistulas.  Another good example is when posterior meningeal artery arising from PICA supplies a regional dural fistula.  In this case, there is prominent contribution from the vermian branch of PICA . However, this does not make this lesion a brain AVM. Why? Because predominant supply is coming from dural branches. Vermian AVMs have a very different appearance. It is key to appreciate this and not mistake this lesion for an AVM. In our opinion, there is no such thing as a dural AVM.  It is either a dural fistula or a brain AVM, not both. 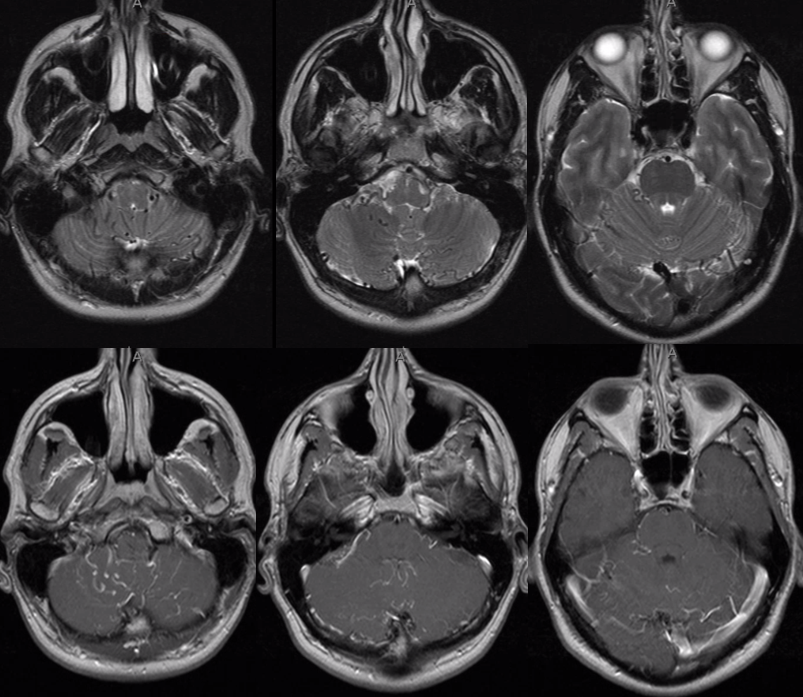 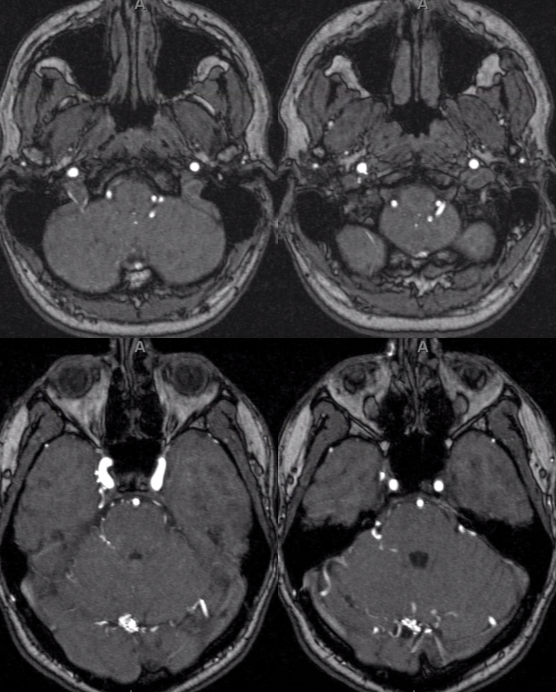 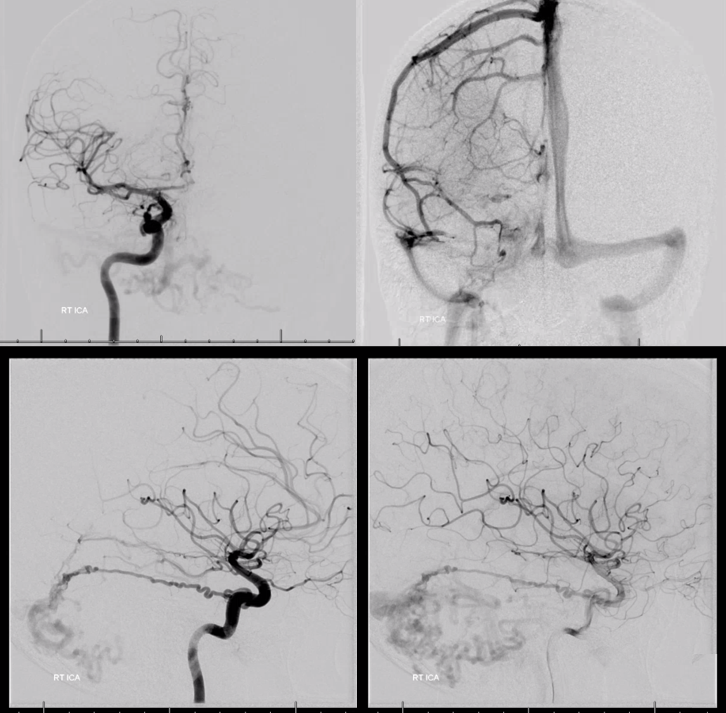 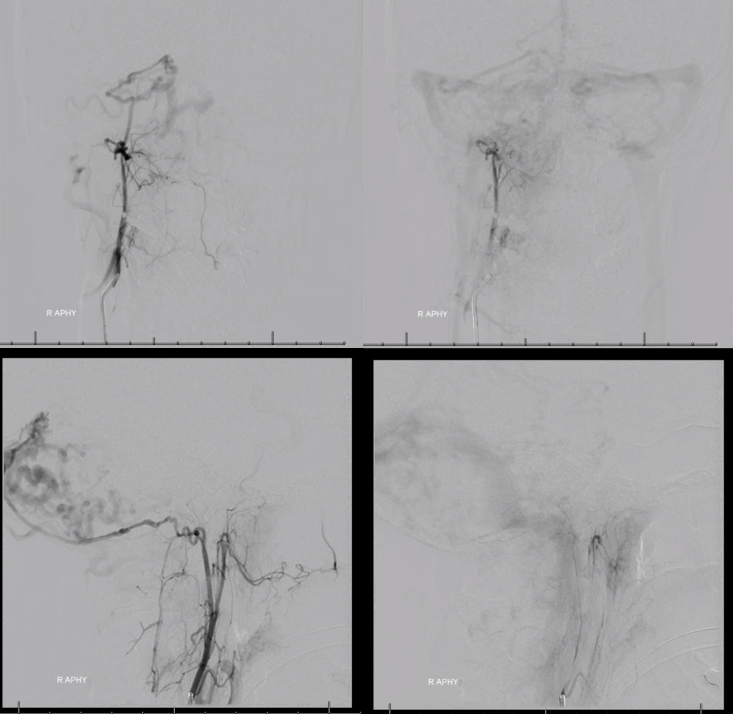 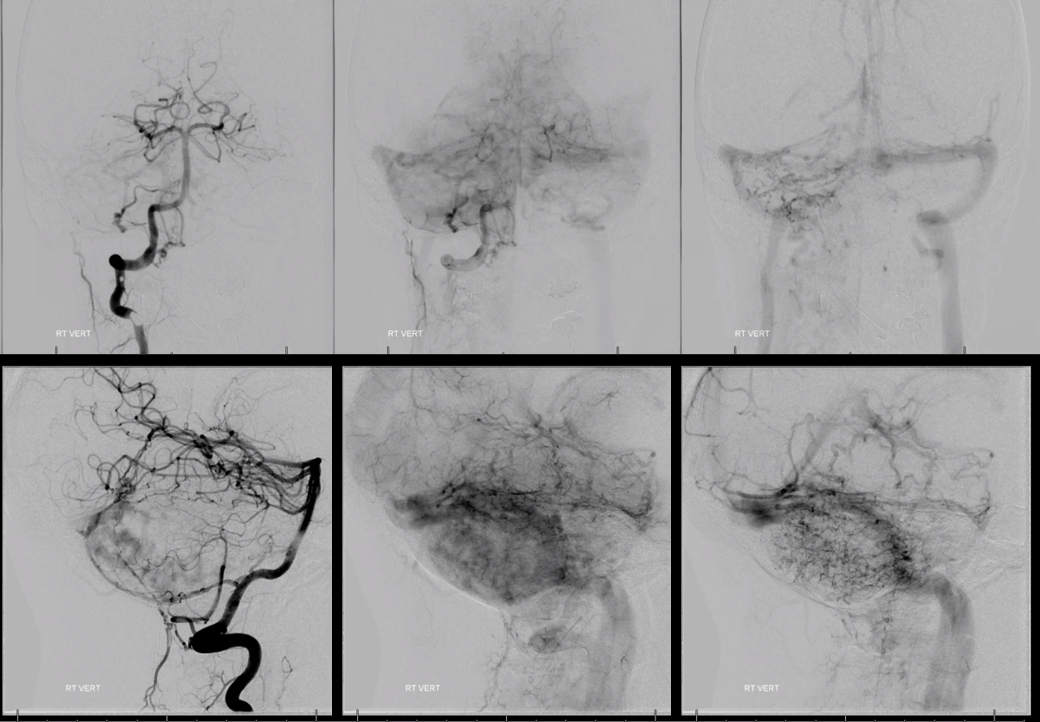 Lets look at it a bit closer.  Its an interesting situation.  There is an extradural artery of tentorium cerebelli (white arrow).  Also there is a C1 origin PICA (arrowheads) which predominantly supplies vermian territory (open white arrow).  A separate intradural PICA (black and white arrow) supplies the lateral hemisphere and also contributes to dural fistula. 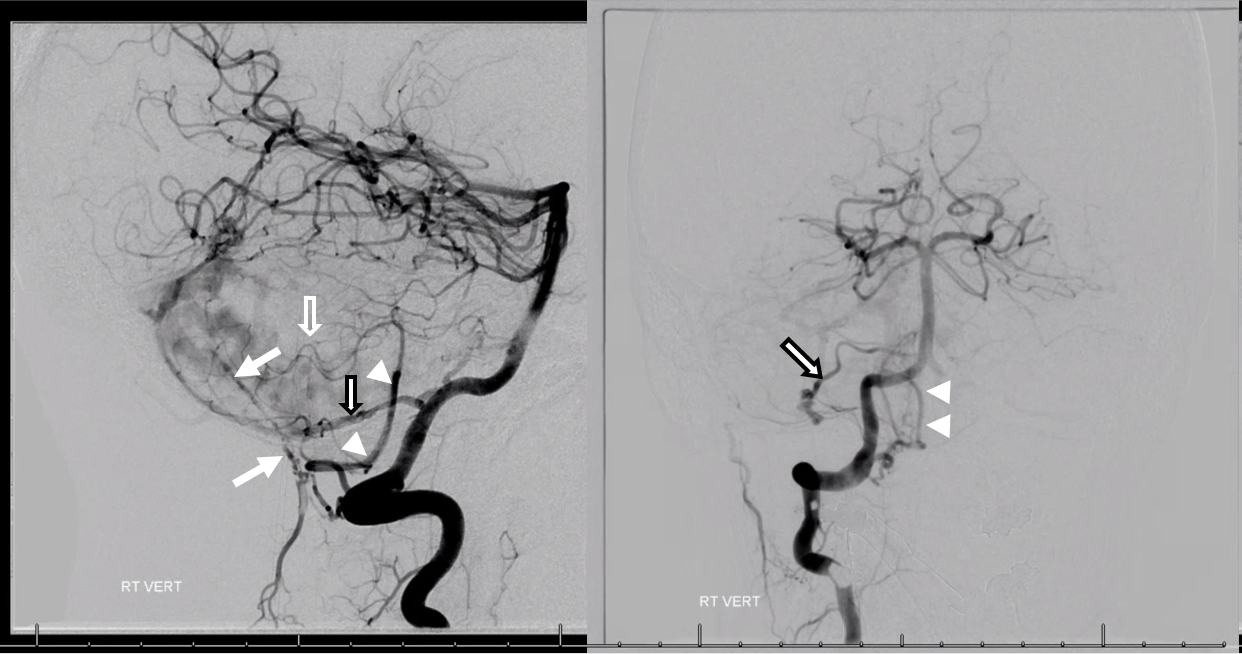 Left vert — contributing a lot to the fistula.  Dont mistake this for a brain AVM — the major supply is still dural and dural parasitization of PICA branches is a known entity 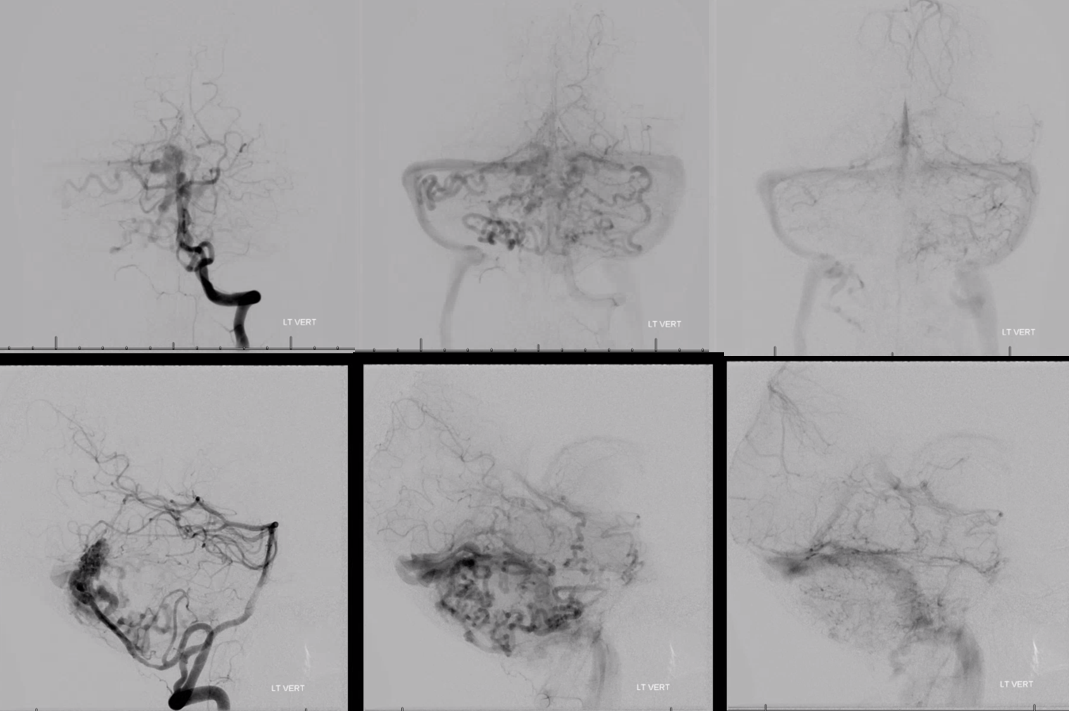 Closer look — vermian branch of PICA (black and white arrow) supplies the shunt — black arrow points to fistula. it is not an AVM.

MRI black arrows point to the black void ball of the dural shunt — just next to the torcular. 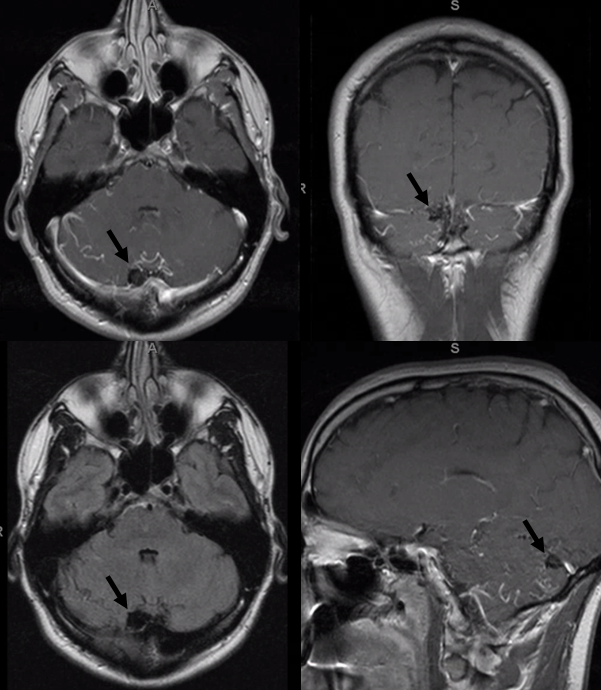